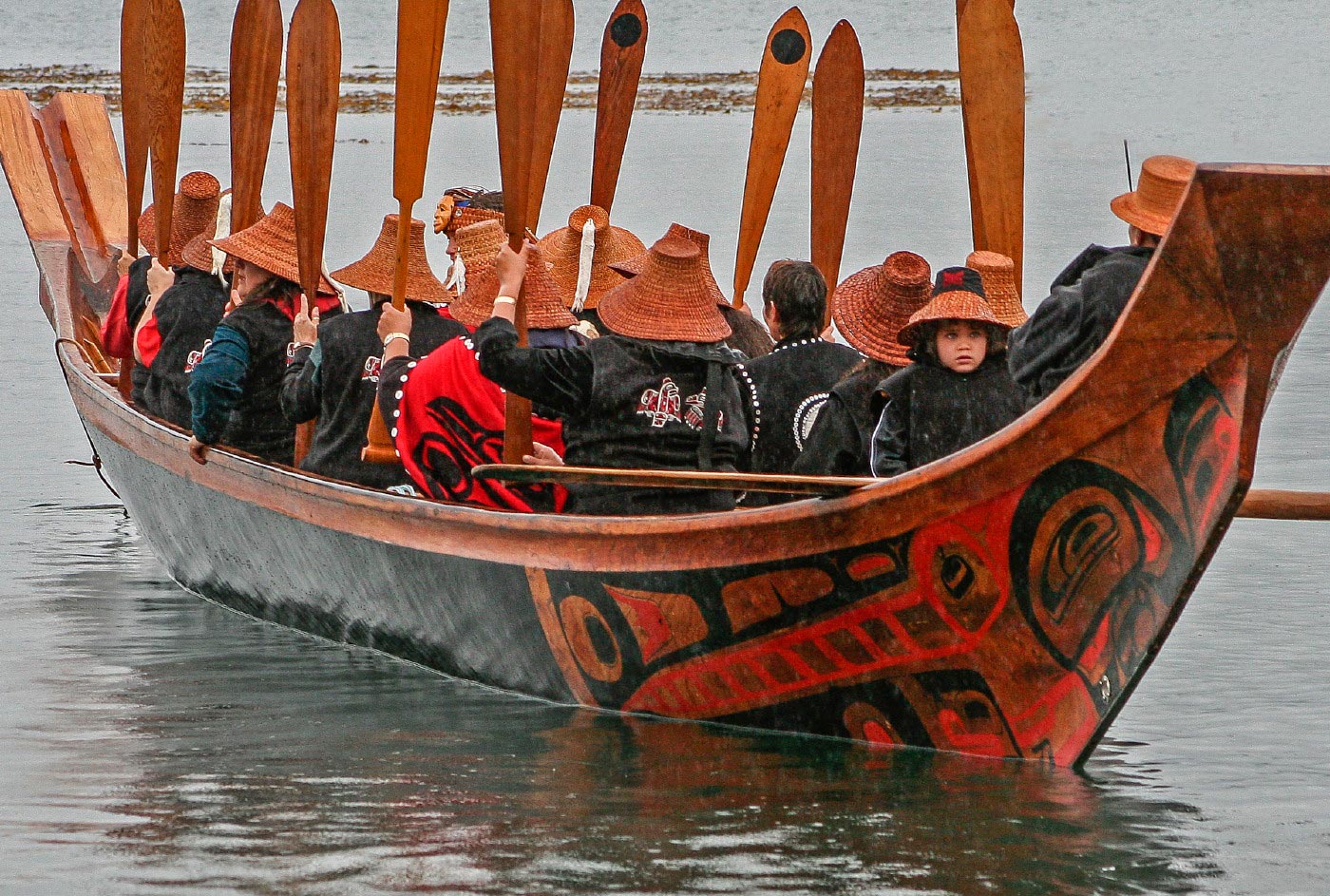 Off the wild coast of northern British Columbia just south of Alaska is an archipelago of more than 200 mist-enshrouded islands called Haida Gwaii. This is the land of the Haida First Nation, a mystical place of legends, spirits and supernatural creatures. 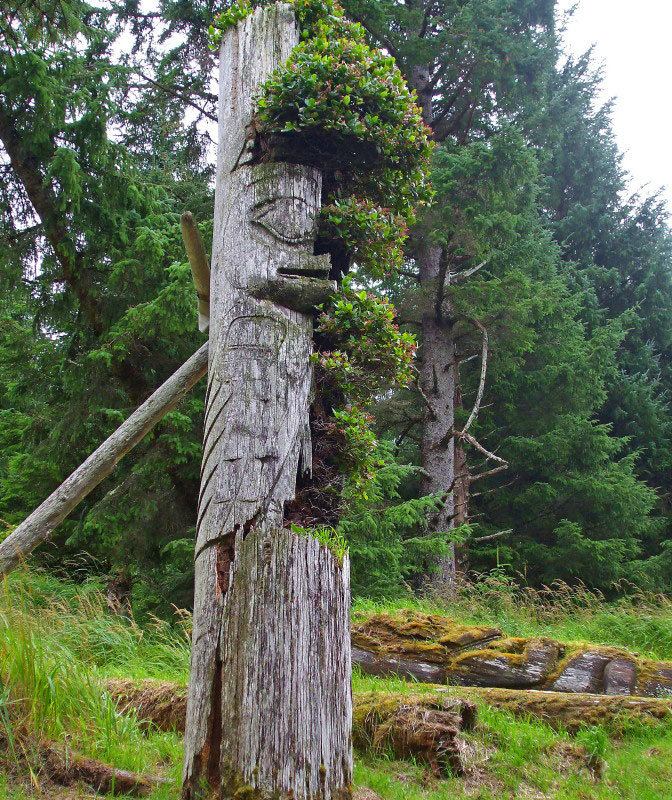 A Zodiac carried me to a small bay where the village of Skedans once stood. Even from a distance the decaying, skeletal totems were visible, grim reminders of a once-vibrant community of about 470 people, 27 houses and 56 totems. 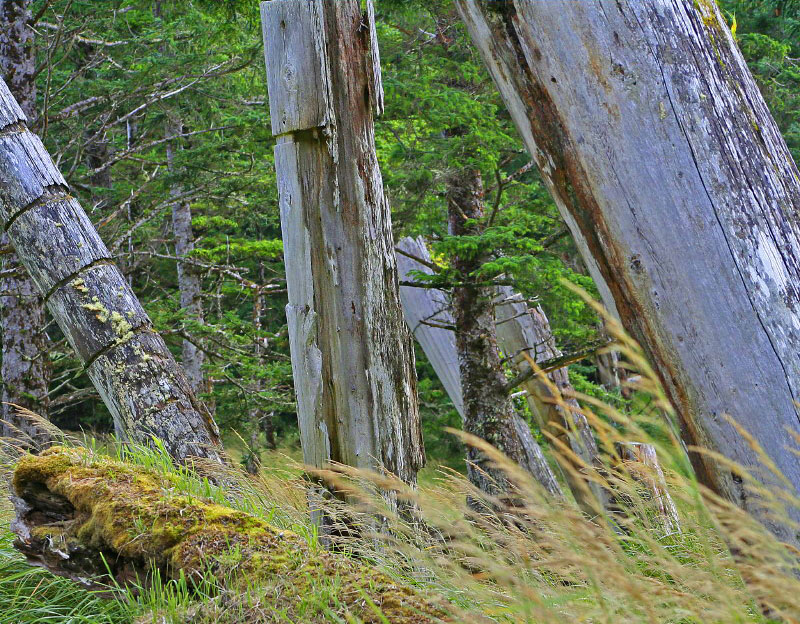 The Haida history on these islands can be traced back 10,000 years. They flourished, living from the riches of the sea and the rain forest. The first contact with the white man came in 1774, and by 1911 a population of about 14,000 had been reduced to 600. Piled upon the enormous death toll was a multitude of other degradations such as residential schools, enforced religion and banning of potlatches (traditional feasts featuring lavish gift-giving). Dozens of villages became ghost towns. Skedans and four other sites are now protected under the Haida Gwaii Watchmen Program. Today, the Haida Nation forms about half of the islands’ 5000 population, and a strong revival is underway. 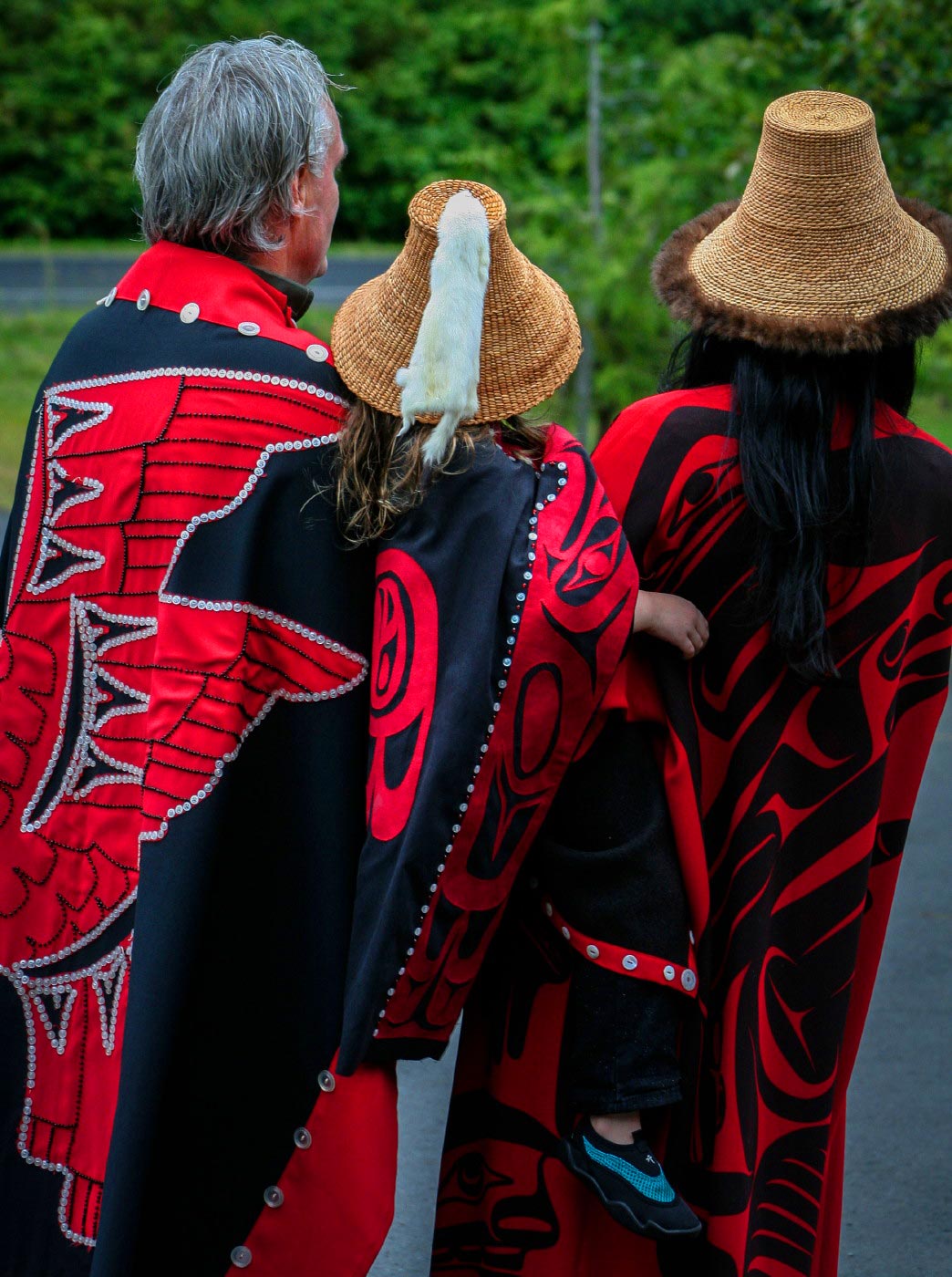 Skedans reminded me that a pillar of ecotourism – often overlooked in North America – is that indigenous people’s culture and language are treasure houses of knowledge, which need to be protected. I walked slowly amongst the fallen and leaning poles, now weathered to a dull grey and showing only traces of the once-elaborate carvings. I felt a chill. This was a spiritual place with a sad legacy. 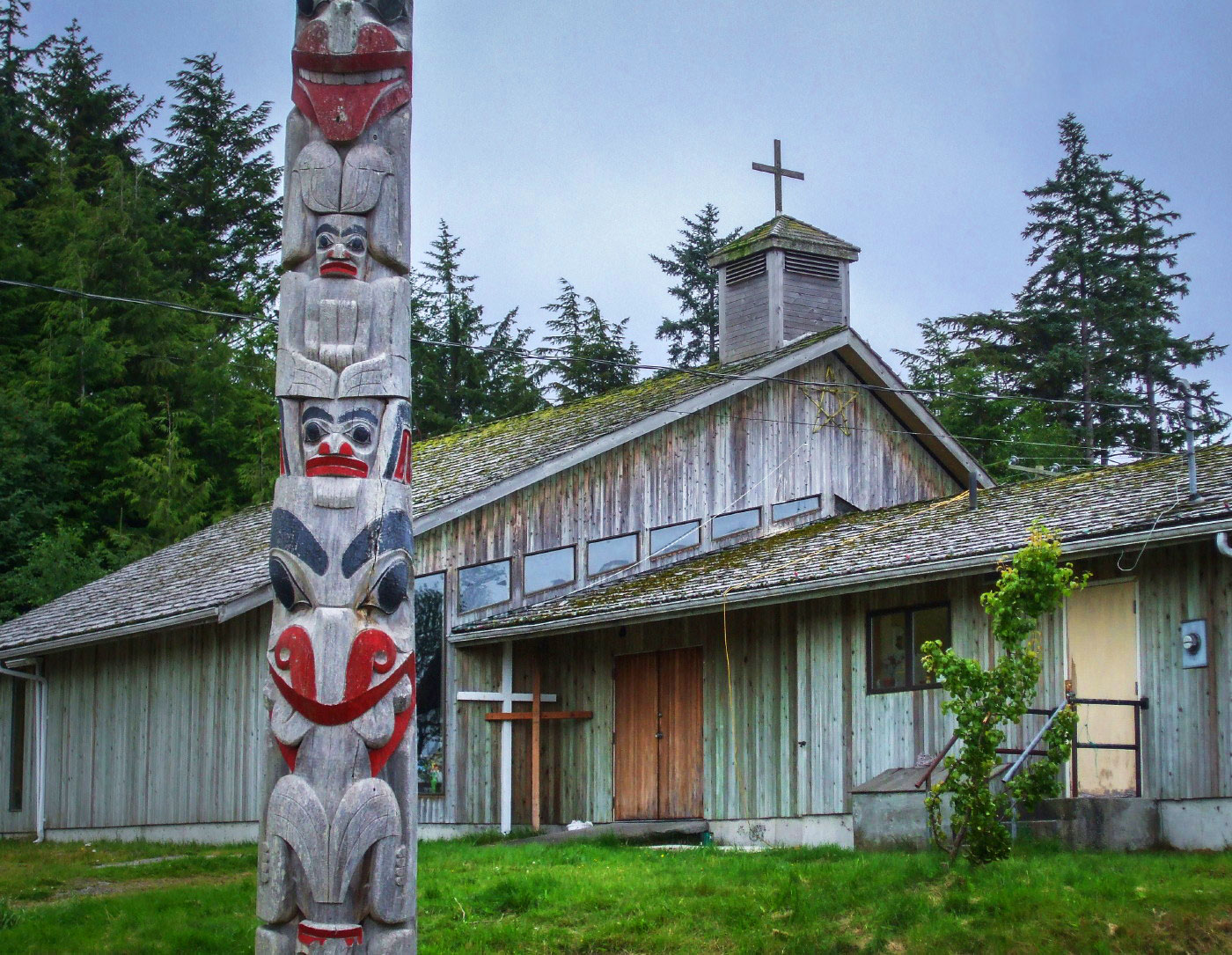 Next, I visited Old Masset, one of two native villages (the other is Skidegate). We passed an Anglican church whose spire incongruously shared the sky with a nearby totem pole. A deer carcass was hanging in a backyard. I entered a carving shed where an apprentice proudly showed me an intricate raven rattle that had taken him a year to carve. 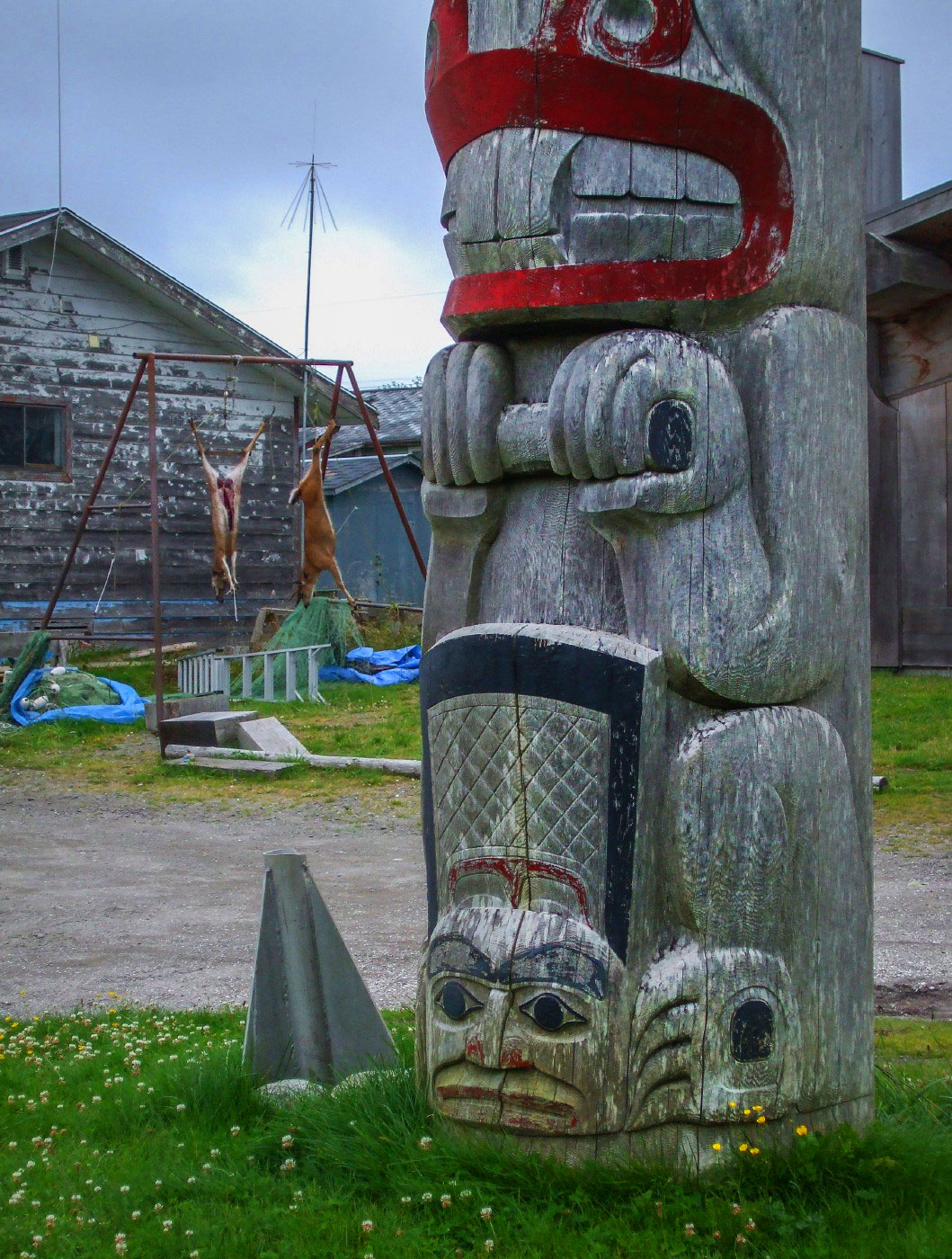 Inspired by Bill Reid, a Haida whose northwest coast native art is internationally renowned, local artisans are at the cutting edge of North American art. At Sarah’s Art Shop I admired masks, silver and argillite jewelry, cedar hats and wood carvings featuring the bold ovoid designs of bears, ravens, thunderbirds and other creatures. 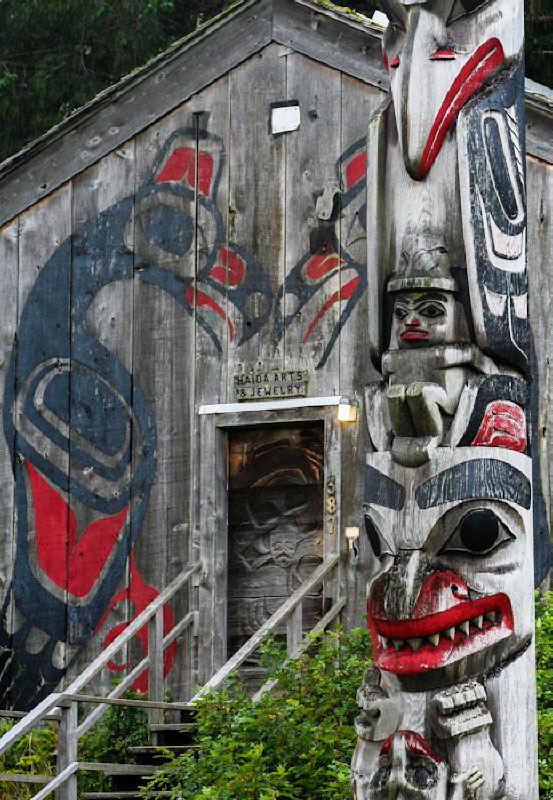 The grand opening of the Haida Heritage Centre in August 2008 was an emotional outpouring of pride. Every Haida from the youngest to the oldest was bedecked in button blankets, cedar hats, face paint, ceremonial masks, wolf skins and other traditional regalia. Speeches were made, dances and song filled the centre, canoes were launched and a feast was consumed. The exuberance of the Haida was overwhelming. 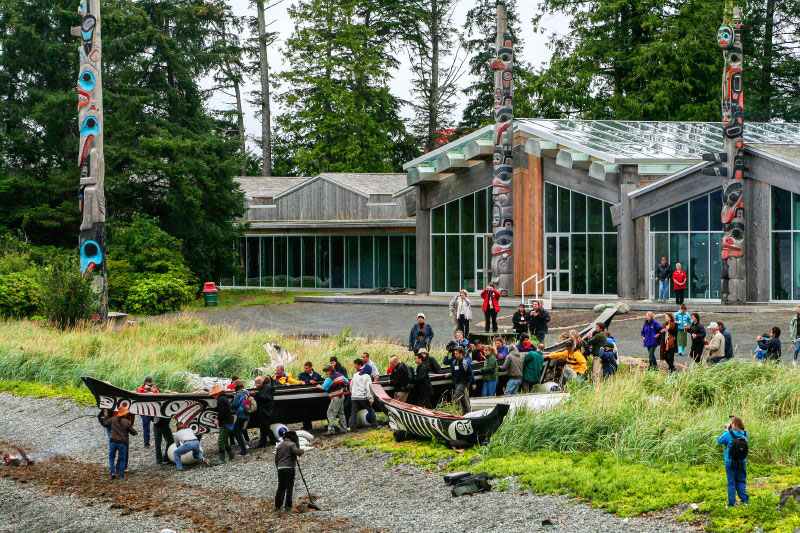 The Heritage Centre consists of five joined long houses fronted by six traditional totem poles and echoes traditional seaside villages like Skedans. The Centre includes a museum, performance hall, a carving shed and a restaurant. But the centre is far more than a showcase for Haida heritage. It has become a focal point for the community and is a symbol of the resurgence of a proud people. 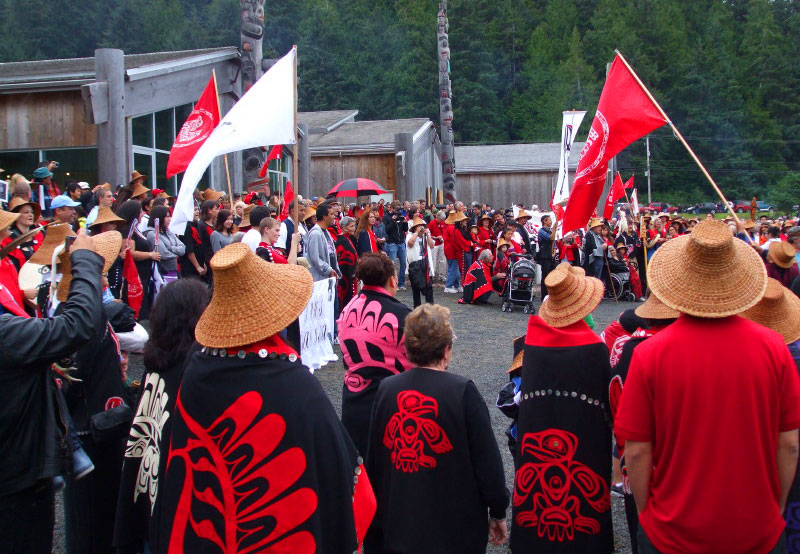 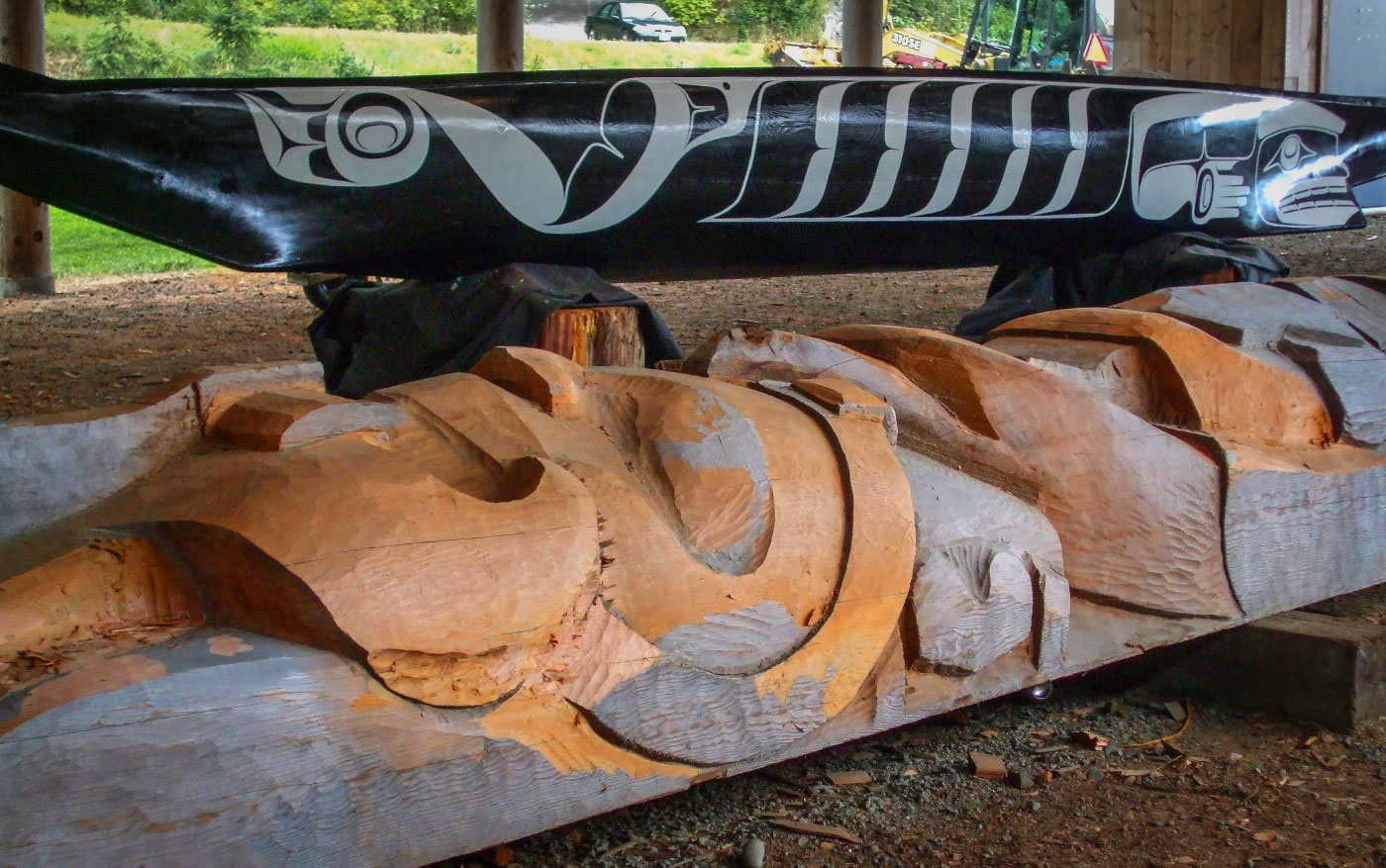 As the airplane departed, I caught a glimpse of the totems at Skedans through the mist, and was pleased the Haida are making a comeback. Haida Gwaii should be on every Canadian’s bucket list.

If You Go:
– www.gohaidagwaii.ca
– www.hellobc.com/haida-gwaii-queen-charlotte-islands.aspx
– The Haida Heritage Centre
– Gwaii Haanas National Park: Access is by boat and plane only; permission is required.

This article is part of the column, Canada’s First Peoples, by Hans Tammemagi, which appears regularly on Roadstories.ca. The column focuses on Canada’s aboriginal peoples and their rich culture.

Previous
Jacques Parizeau, Donald Trump and The Politics of Egomania
Next
Kim’s Convenience