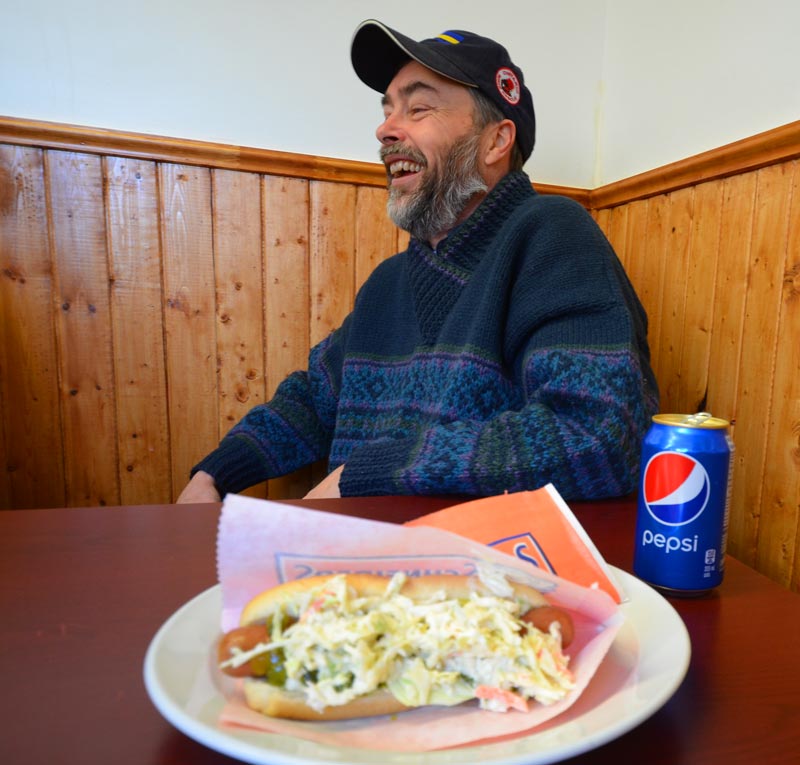 Order a “hotdog steamé” in Quebec and you might never look at a hotdog the same way again.

That’s because Quebeckers have transformed the lowly hotdog into an edible thing of beauty. Dining out, as it were, on the bizarre success of poutine as a culinary celebrity, the hotdog steamé (pronounced “steam-eh”) or steamy has recognized its chance to wrangle a modicum of respectability from its origins in the dusty streets and dark, greasy corners of Montreal, to emerge, blinking and somewhat dishevelled, hungover and hastily thrown together, into the spotlight of trendy, must-experience, foodie-blogger stardom. Just like poutine (french fries topped with melted cheese curds and gravy) managed to parlé its jolly package from the back burners of Quebec to the retail food emporiums of Toronto and Vancouver, the steamé is mid swagger makeover. Exploiting the razor-thin niche between the bloating, saline satisfaction of poutine and the unique long-lingering aftertaste of MacDoh, the steamé comes with a side of urban legend. Rough and unkempt, with its tasty chou and yellow mustard, we are gangsters and hustlers, characters with a story. 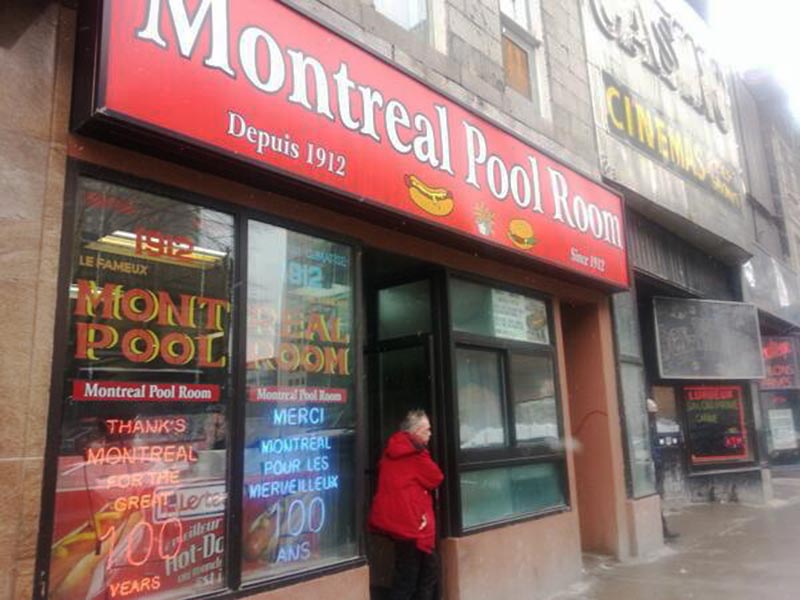 The Montreal Pool Room has been there forever and is one of the last hold-outs in a rapidly gentrifying neighbourhood.
If those walls could speak!
. . . . . . .

The Montreal Pool Room on Saint Laurent Boulevard has been serving its customers hotdog steamés since 1912. 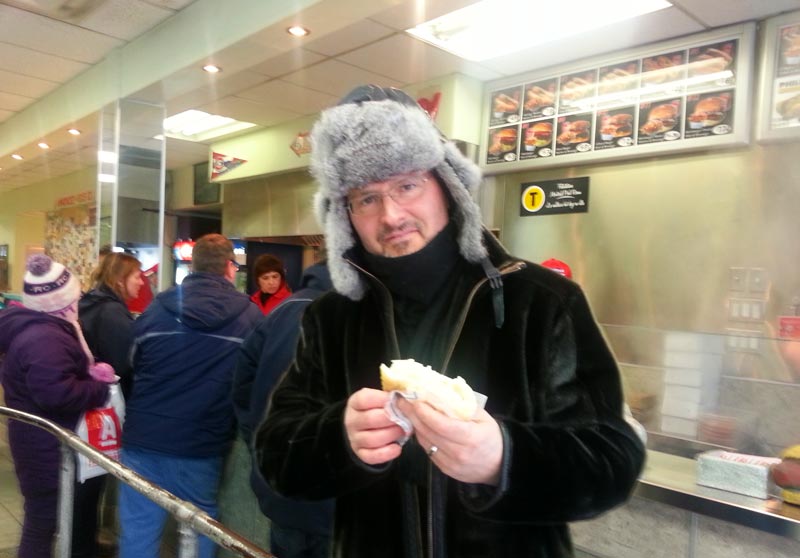 Accept no substitutes or imposters! Besides an abundance of churches, if you travel Quebec you’ll find ‘Casse-croûtes’ (snack bars) across the province serving all kinds of hotdog and poutine choices. My friend Anna swears by the hotdog “toasté” and told me this story would not be complete without mentioning this variant – a grilled hotdog in a grilled bun (the outside of the bun slathered in butter to make it golden brown). She likes Bingo’s version which you’ll find on the back road to Mont Tremblant. But steamé this is not. There’s also the hotdog Michigan, borrowed from the US state. But steamé this is definitely not. Still, in my humble opinion, the hotdog steamé beats them both by a country mile… steamed bun, steamed dog, and the real secret… homemade coleslaw. On a recent trip to Quebec’s Laurentian Mountains north of Montreal we discovered Chez Line, a mother-daughter casse-croûte operation that makes the best slaw, steamés and fries. Wash that down with a cola and a copy of Le Journal de Montréal and you’re good to go. 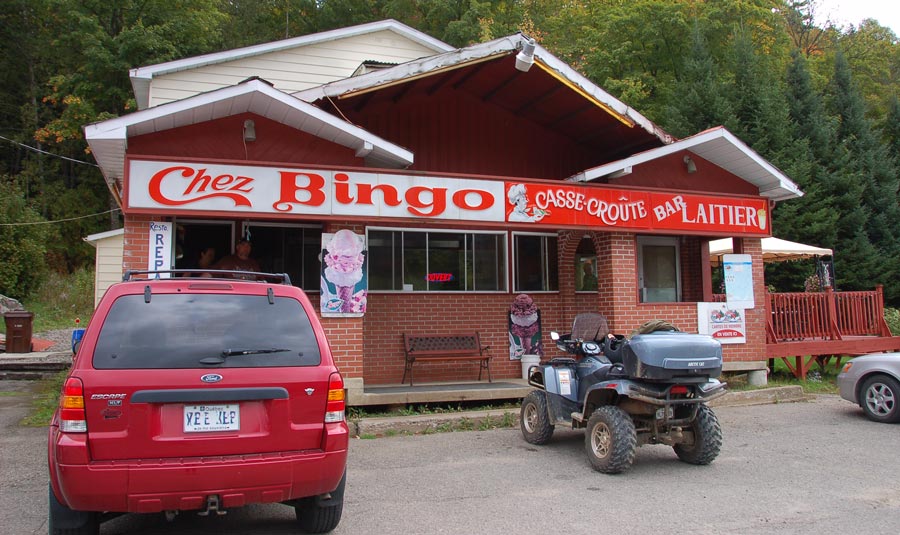 I can only hope, now that the steamé has gone mainstream, that this humble dish will come through the glitz unscathed; that it will survive intact the journey from Chevette to Escalade. The steamé has followed poutine with a fancy website, social media and an entire week of celebration called, believe it or not, Steamy Week. Next will be an awards show (sponsored by Lafleur or Lesters) and grant money from the province for promotion during La Fête nationale.

Good luck my friend, bonne chance. Be careful who you trust out there and remember that I will be waiting patiently, hungry, when you return. 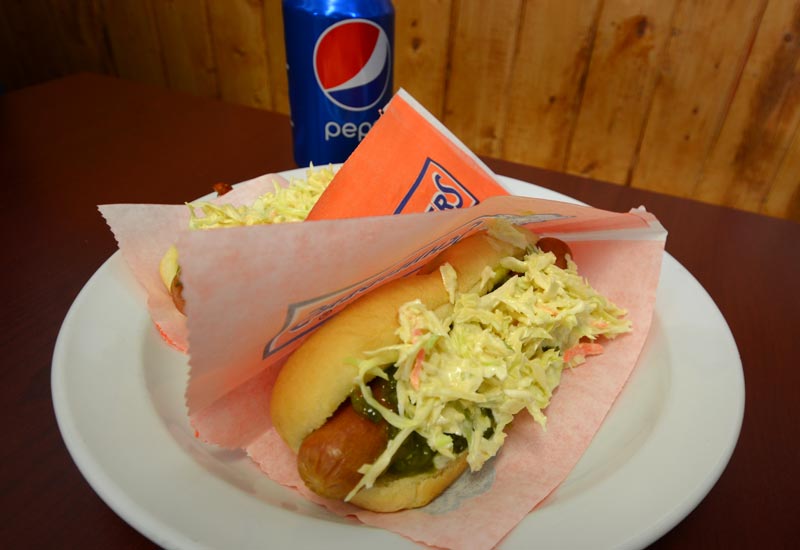 Bon appétit. Are you going to finish that? 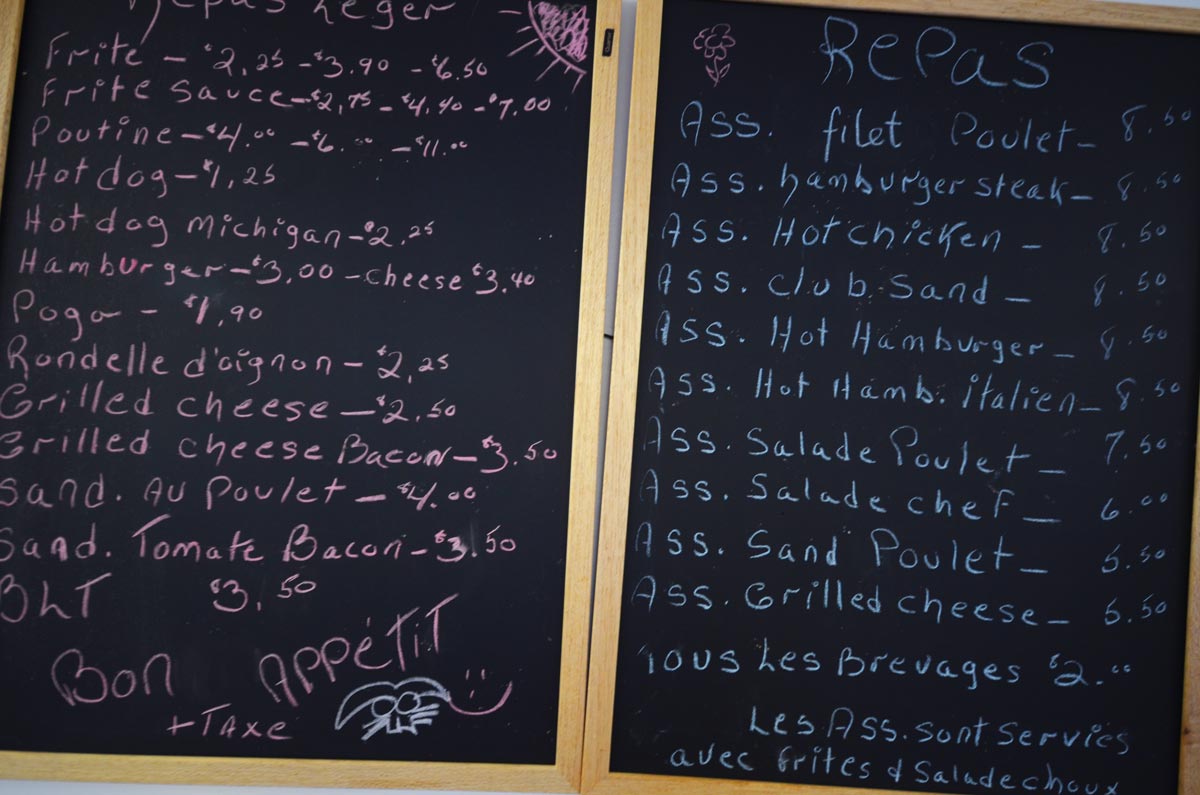 The hotdog steamé on this menu is listed as a “hot dog” just below the Poutine.
The assiettes (plates) are served with fries and coleslaw.
. . . . . . .