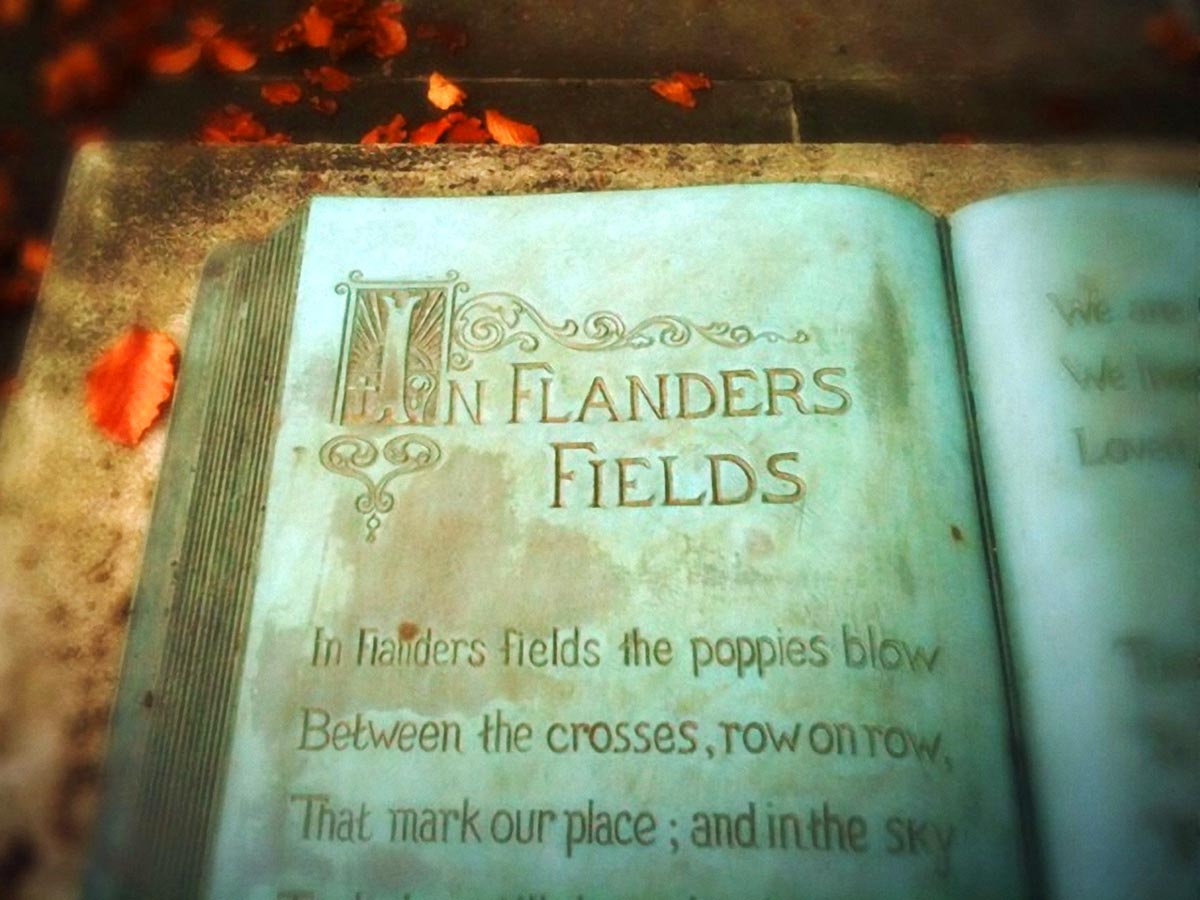 I’m thinking of In Flanders Fields and poet John McCrae as I do every year as Remembrance Day approaches. A doctor and soldier from Canada, McCrae wrote the famous World War 1 poem …
…….

Thousands of school kids across Canada will hear In Flanders Fields for the first time this year. I remember my first time. The incredible sadness I felt and the curiosity that grew for old guys with medals on their jackets hanging out at shopping centres every November and pinning red poppies on people’s lapels. My curiosity for those former soldiers has never gone away even though most of them are now long gone.

My mother’s stories of Uncle Fred, an only son killed at Vimy, left an impression too. The story goes when my great-grandmother got the news that Fred was gone, she threw her apron over her face. 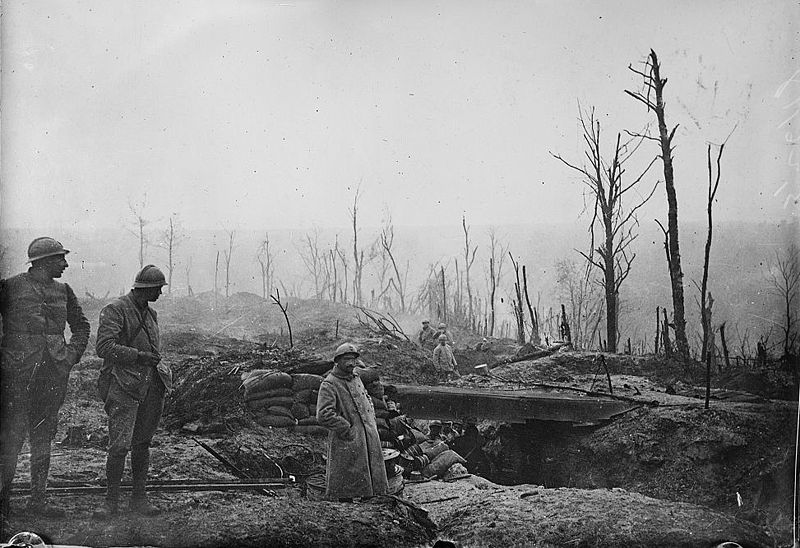 Dr. John McCrae was a major and a surgeon with the 1st Brigade, Canadian Field Artillery in Belgium. On April 22, 1915, the German army unexpectedly attacked and dealt a devastating blow to the brigade at the Second Battle of Ypres using chlorine gas. McCrae penned his famous In Flanders Fields while waiting in his dugout for the wounded to arrive. His closest friend was badly wounded and later died along with half the brigade. In a letter to his mother, McCrae wrote of the battle:

The general impression in my mind is of a nightmare. We have been in the most bitter of fights. For seventeen days and seventeen nights none of us have had our clothes off, nor our boots even, except occasionally. In all that time while I was awake, gunfire and rifle fire never ceased for sixty seconds … And behind it all was the constant background of the sights of the dead, the wounded, the maimed, and a terrible anxiety lest the line should give way.

– from Prescott. In Flanders Fields: The Story of John McCrae, sourced via this Veterans Affairs Canada page. 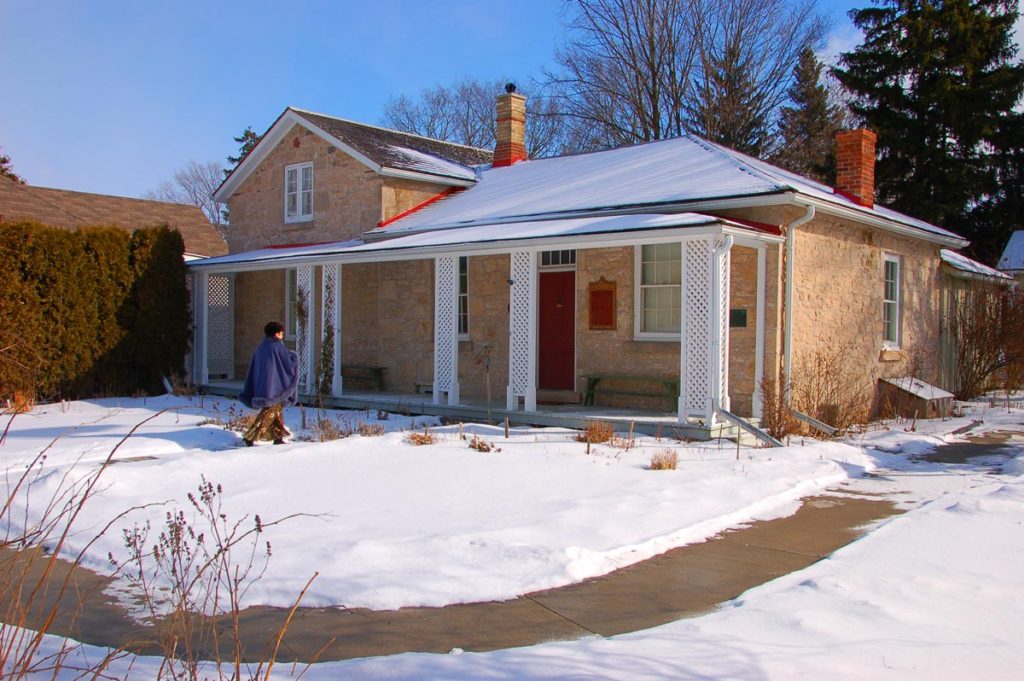 John McCrae’s story and the story behind In Flanders Fields, are told at his childhood home, a little limestone cottage in Guelph, Ontario. McCrae House is now a National Historic Site. Many of McCrae’s World War 1 journals and sketchbooks are in the collection and in the warmer weather months, red poppies grow in the museum’s  little garden. 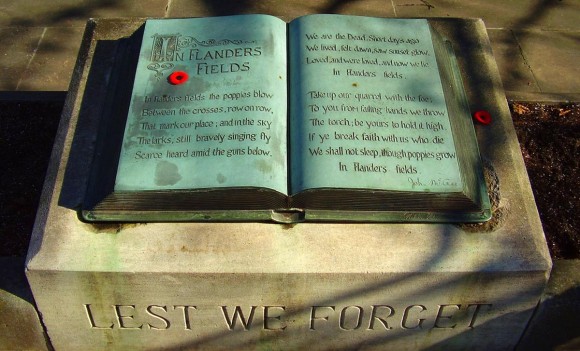