Billy Bishop Goes To War
is one of the most-produced Canadian plays of all time.
…….

It was first produced by John Gray and Eric Peterson at the Vancouver East Cultural Centre shortly before Remembrance Day in 1978. With music provided by Gray, Peterson plays the role of Billy Bishop recalling his exploits as a Royal Air Force ace in the First World War. Bishop was from Owen Sound, Ontario, and made Canada famous for his skill in shooting down enemy aircraft during the war, 72 in all. He ended the war as Canada’s most-decorated citizen, having gained a Victoria Cross, a Distinguished Service Order and a Military Cross. Peterson and Gray have done no less great service to Canadian theatre, by bringing Bishop’s exploits, and their talented presentation, to the attention of a much wider audience. 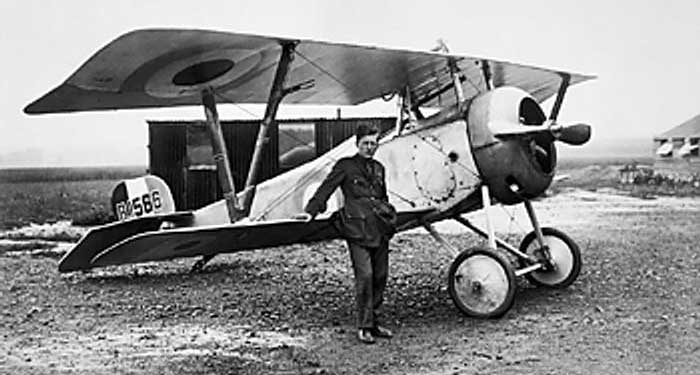 From Vancouver, Peterson and Gary took the play on a Canadian tour, including Theatre Passe Muraille in Toronto. In the course of this tour, the play caught the attention of producers Mike Nichols and Lewis Allen, which led to its eventually being performed at the Morosco Theatre on Broadway (demolished in 1982) for four months, only the second Canadian play to reach New York. They later toured to the Edinburgh Festival, London’s West end and the Arena Stage in Los Angeles. It was produced for television in Britain, Canada and Germany and in 1982 was awarded the Governor General’s Award for drama.

In 2009 the “island airport”, located on an island in Toronto Harbour, was officially renamed the Billy Bishop Toronto City Airport. Reportedly, there was some objection from the Owen Sound Billy Bishop Regional Airport, which conflict, in true Canadian fashion, has not appreciably escalated. There is also a museum in Owen Sound honoring Air Marshall William Avery Bishop. 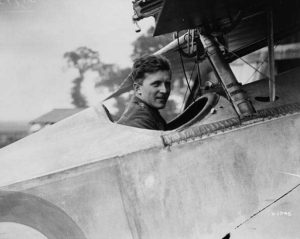 Captain Billy Bishop, V.C., of the Royal Flying Corps, in the cockpit of his Nieuport 17 fighter. At the time this photograph was taken in France in August, 1917, he had already shot down 37 German aircraft. – Photograph by William Rider-Rider, now in the collection of Library and Archives Canada.
. . . . . . .

Billy Bishop was born February 8, 1894 and grew up in Owen Sound where his father was a lawyer and provincial civil servant. As a boy he was a leader among his peers, who built his first plane in his teenage years, and also survived its first crash off the third floor of his family home. He attended Royal Military College, where, again, he seems to have been an active leader, but not too interested in academic work. In the play, Peterson brings out this individualistic, daring aspect of the character of the flying aces, both in Bishop and in a rival, the English flyer, Albert Ball. Peterson and Grey’s play has the two young men competing in shooting down enemy planes, and we learn that Ball was shot down himself at the age of twenty in 1917. Bishop survived the war, and lived until 1956.

When the First World War started in 1914, Bishop joined a horse cavalry unit, and was eventually sent to England. Later in life he wrote about his feeling that flying was so much better than the “mud and horseshit” of the trenches: it was “clean up there”. Peterson plays him talking about this and looking up into the clear open sky while he speculates on flying there. In one scene during the play, Billy Bishop crashes and lands among the men in the trenches. He asks where he is, and, in a scene that is very funny despite the seriousness of the situation, an infantryman with a Newfoundland accent informs him ironically that he is not in downtown St. John’s, b’y. Later, in a letter home, Bishop apparently described this crash landing as “one of the most exciting adventures of my life.”

In England, he joined the Royal Flying Corps, but he was only accepted as an observer, and Peterson hilariously portrays the snooty upper-class English attitude to a colonial who has the nerve to want to be a flyer. The scene reminded me of Paul Gross’s portrayal of the attitude of the English army recruiter in Alberta, in his 2008 movie, “Passchendaele”. In Bishop’s case, however, fortune took a twist. Bishop was wounded and sent back to hospital in England where he made friends with an aristocratic Lady St. Helier, a friend of Churchill’s. She apparently used her influence to help him get training as a pilot, and in November, 1916 Bishop got his wings and was transferred to France, where he soon gained a reputation for shooting down enemy aircraft. Like Ball, he preferred to fly alone, and the German air aces began to call Bishop …

By 1917, he had established such a reputation that he was returned to Canada to do recruiting for the war. He wrote a memoir called “Winged Warfare” in 1918.

Peterson’s play shows him returning from Canada before the war ended and continuing to shoot down enemy aircraft until he reached his wartime total of 72. Following the war he was in several businesses, but it seems that flying was his first love, and he later became involved in organizing The British Commonwealth Air Training Plan, where many World War II pilots were trained in the wide-open spaces of Western Canada before going to serve in Europe. 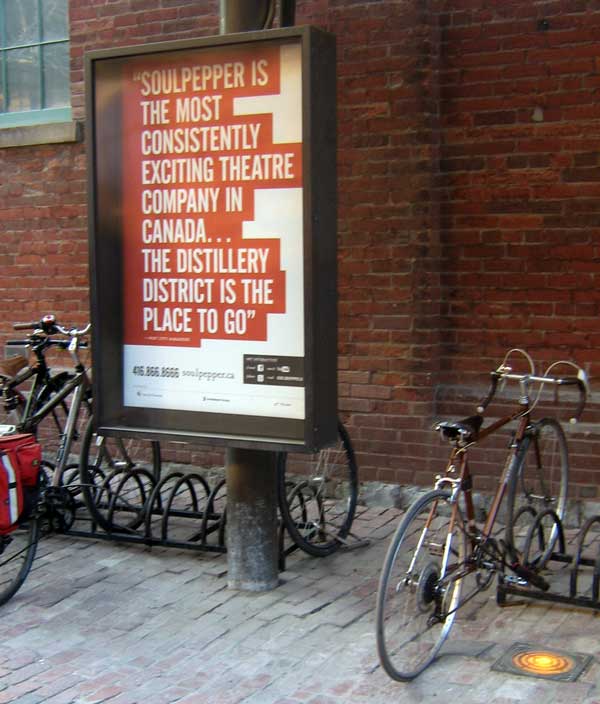 With Grey playing the piano, Peterson takes us through Bishop’s story by beginning as an older man sitting in a chair in his bathrobe reminiscing about the past. He doesn’t remain seated, however. Peterson gives us a lively one-man show, acting out the part of Bishop and the various people involved in his life and exploits, not hesitating to use props and to jump up and down on the furniture when necessary. It is a serious story, but he is very funny, while he manages to capture the personality of the flying ace, both devil-may-care and deadly serious at the same time.

I’ve seen this play more than once, and I had the feeling that the one I saw years ago was different in some way from the one I saw recently. The Soulpepper Theatre always provides very helpful “Background Notes” in a handout for each of its plays, and I was interested to read that Peterson and Gray had updated the play in 1998 to fit their ages, and that they are currently reflecting Bishop less as a young romantic daredevil and more as an older retired man thinking about survival in war as a metaphor for life. 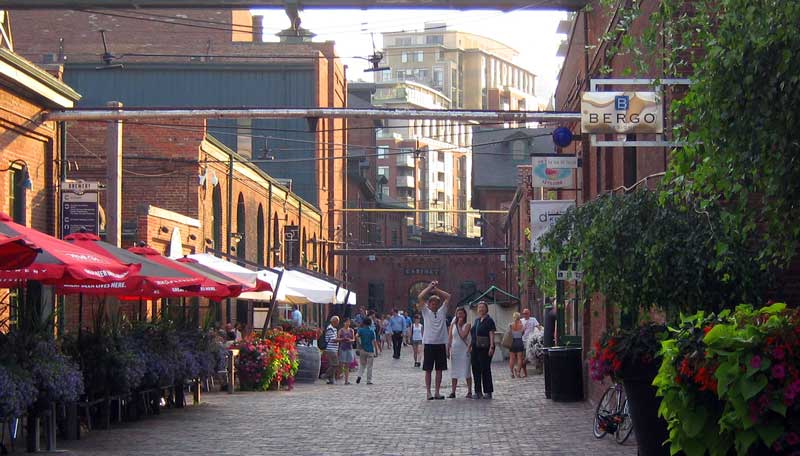 In any case, I enjoy it every time I see it. It’s one of the best, but only one of the great Canadian classics that Soulpepper Theatre Company and the Young Centre for the Performing Arts have brought to our theatre scene. It adds much to the already exciting Distillery District.