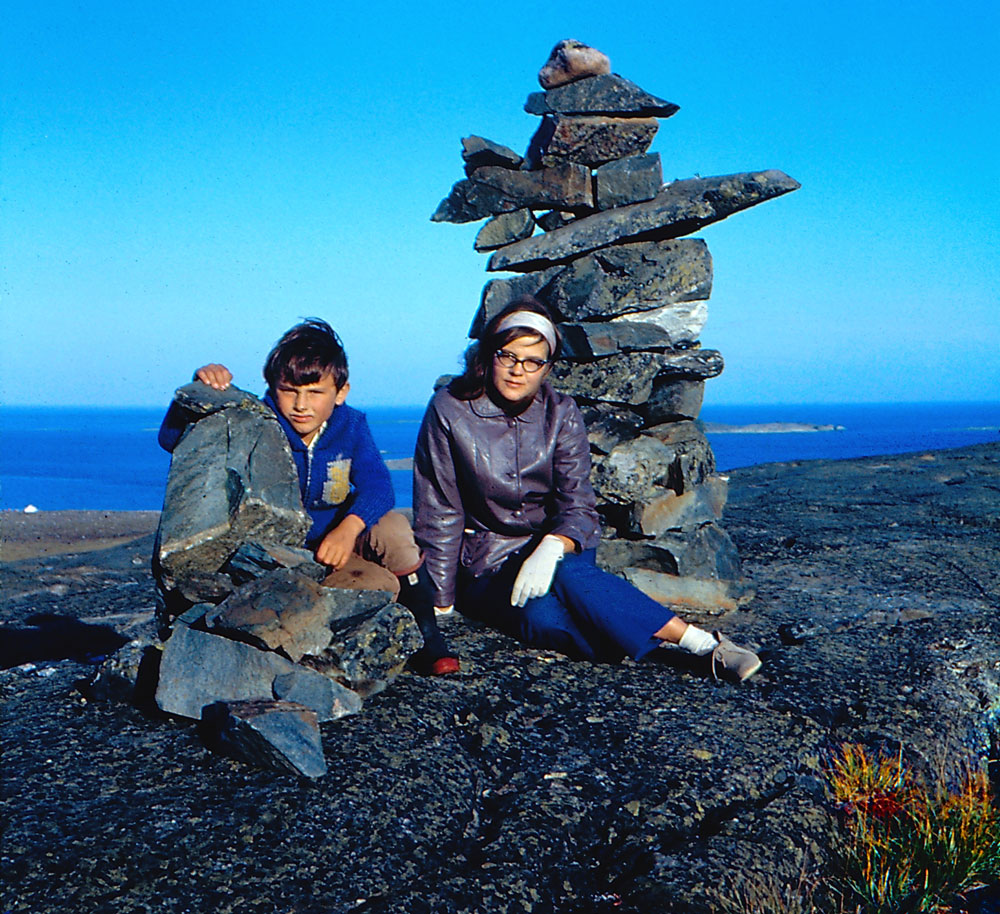 There is definitely something compelling about making a big pile of rocks; an Inukshuk. Inuit peoples started doing it a very long time ago. Today, Canadians from coast to coast keep on doing it. We make inuksuit. We keep piling rocks on top of each other.
…….

In northern Canada there are endless miles of land with no trees. Plenty of things grow in the short spring and summer seasons but nothing reaches up further than a few inches from the tundra. Why spend precious energy getting tall when there is so much to do so fast? In this environment a cairn of stones, an inukshuk, can be seen from a very long distance.

I’m told that in Inuktitut, the most common Inuit language north of the tree line and an official language in Nunavut and the Northwest Territories, inukshuk means, roughly, “something in the shape of a man” or “to act in the capacity of a human”. I used to think that was the whole point – to make the rock pile look like a person – but not so. An inukshuk in the form of a human is called an inunnguaq, like the logo for the 2010 Winter Olympics or the figure on the new flag of Nunavut. Much too literal for my tastes; devoid of the ancient connection to the land; too commercial; a pretend person. 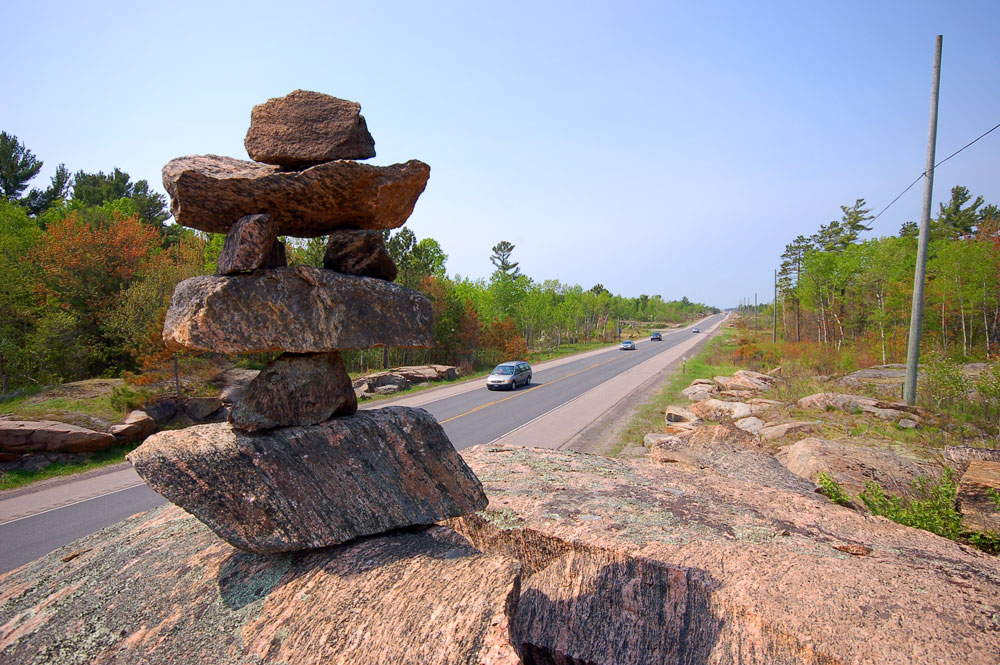 An Inukshuk beside a busy road in Ontario
…….

I’ve seen inuksuit all over Canada. People build them in the most unlikely places. Street performers in Toronto are known to make impossibly precarious constructions, endangering the general population. My neighbour’s landscaper made a clumsy inuksuk with his backhoe one afternoon. I guess maybe he was bored. We thought it was cute and we all lined up for pictures in front of it.

We can’t help ourselves. It’s anthropomorphism run riot! An inukshuk (also spelled inuksuk or inukhuk, pronounced “e-nook-shook”) seems to represent hope and optimism. Not to put too fine a point on it, but our compulsion to pile stones may come from deep in the Canadian lizard brain. We are of the land, stoic and alone in the face of nature. Just sayin’.

I’ve heard many explanations for the existence of the inukshuk. Perhaps the inuit peoples built them as an aid to navigation or perhaps to indicate the location of a good hunting place. Maybe they were built to warn of impending dangers or to mark territory. Perhaps inuksuit are all of these things, but I suspect there is something more. I suspect that inuksuit are a means of stating “I am alive and I have walked here”. In a land where a person can wander off into the clear distance and never find their way back; a land on which a person can travel for days without ever seeing another human being, in such a place I imagine there is a need for the reminder “I am not alone”.