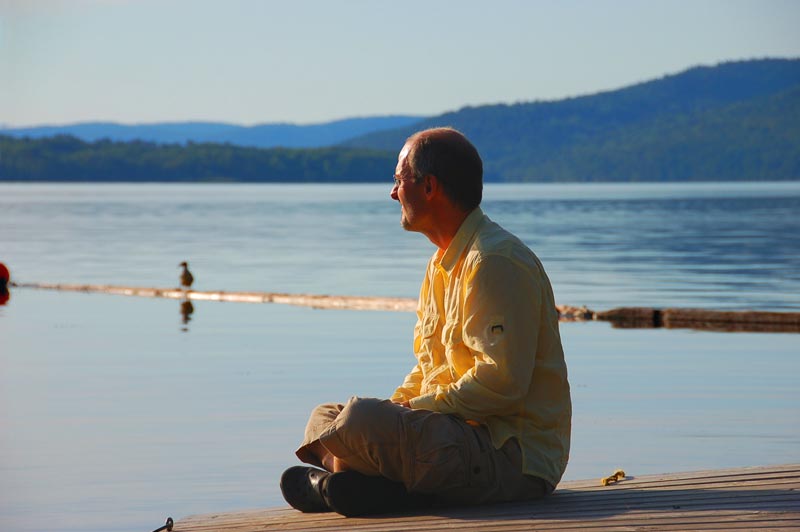 Canada is an urban country. Most of our population is huddled in towns and cities along the 49th parallel, as close as possible to the soothing glow of our American friends. The urban centres are growing while small villages and the family farm are fading away. Although we have more “outdoors” per capita than any other country in the world, as a group we choose to be close to each other.

Recently I was struck by the notion that the “outdoors” for many Canadians is a concept rather than a reality of our lives. It is a commodity rather than an experience. Part of my business deals with the concept of the “outdoors”… The parking lot near the airport was a sloppy mess of driving rain and slushy, grey snow when we parked the rental car and made our way to the entrance of a low-slung warehouse-style building called “The International Centre”. It was The Outdoor Adventure Show and inside was the promise of exhilarating “outdoors” travel and a showcase of “outdoor” gear. It would also be warm and dry and I could get a hot dog for lunch.

And then it struck me that I was going “indoors” so that I could get “outdoors”. I get the same feeling when I visit Sail or Mountain Equipment Co-op or Cabela’s in the US, and I am left with the concept that expensive equipment and dreams of exhilarating outdoor adventure does not an “outdoors” person make.

The pamphlet is not the thing itself.

I am a Canadian with a romantic notion about “The Outdoors”. I was indoctrinated at some ill-defined points in my life with ideas involving the glory of Big Canadian Nature. I get emotional about rocks, trees and water, especially when they are combined in certain ways, like on the great Canadian Shield for example. The big skies of southern Alberta induce in me a slight, momentary shortness of breath, and musings about the meaning of life. I spend time thinking about odd things; like the fact that to represent snow in a picture the painter uses blue, not white. 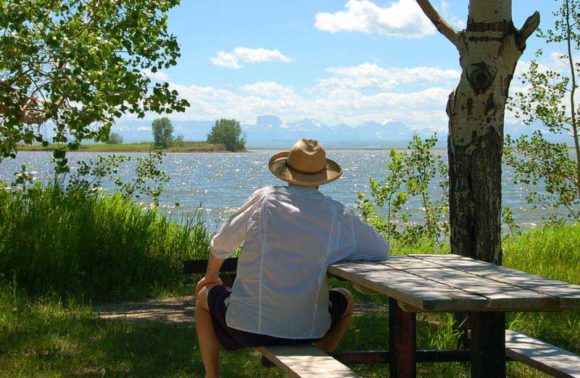 People from many other parts of the world don’t think about nature in the same way and do not share my romantic notions. A taxi driver once confessed to me that he was nervous about encountering snakes at night in a local park near my house; that where he comes from every house must be protected from snakes. I’m not sure that he was put at ease by my consoling reassurances.

I imagine many non-Canadians know there is some kind of “Canadian” thing going on, a certain sensibility that eludes them. Maybe they even want to understand this thing, but they just don’t get it. Why, for instance, would a person with any options at all choose to sleep in a bag on the ground, under a wafer of cloth or nylon in a forest without adequate plumbing. Are these not among the miseries that hard work promises we can avoid, at least for our children? Why then the cry “Let’s go camping!” from these damn Canadians? Or, “I’d like to try winter camping and maybe some dog-sledding”, for God’s sake. I have been known to utter these exact words myself. Perhaps it’s madness. Perhaps I just need to get out more. When I talk to people who actually do spend most of their time out-of-doors, they do not always understand or identify with my exteriorward sensitivities, but they all agree that yes, I need to get out more.

A couple of things are sure for me: were it not for the great Canadian Outsides, I would have a lot less to say about Canada, and: nature is cheaper than therapy, even if you buy it at the store.