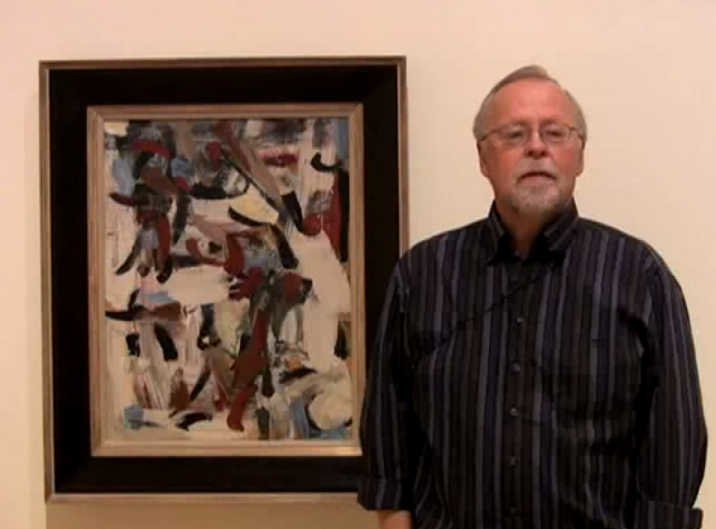 It’s a fantastic tribute to Canada’s best known and original avant-garde artists. This is the group that paved the way for contemporary art in Canada. The group included Jean Paul Riopelle and Paul-Emile Borduas.

From the Varley, the exhibit will travel to the  Albright-Knox Art Gallery in Buffalo, America’s pre-eminent gallery for post-war art. The Albright-Knox exhibit which opens in late March 2010, will be the first time ever that the Automatistes have exhibited in the United States. Guest-curated by Roald Nasgaard, this landmark exhibit is one not to be missed. I think it’s the best show I have seen at the Varley to date.

Nasgaard is a professor of art history at Florida State University. He is also the former chief curator of the Art Gallery of Ontario. He and Ray Ellenwood, Professor Emeritus and Senior Scholar at York University in Toronto, have co-authored a new book on Canada’s first avant-garde art movement called The Automatiste Revolution.

The Automatistes were a group of Quebec artists formed in the 1940s and 50s that included avant-garde painter, Jean Paul Riopelle. The group came together around Paul-Emile Borduas, another Canadian painter. Borduas was an activist for the separation of church and state, especially for art, in Quebec. In 1948, he and his fellow artists signed a manifesto called Refus Global which became one of the pillars of the Quiet Revolution, a period of intense change in Quebec. Although the group disbanded with the death of Borduas in 1960, The Automatistes, which included painters, poets, a playright, a TV producer and sculptors, continue to influence Quebec society and culture.