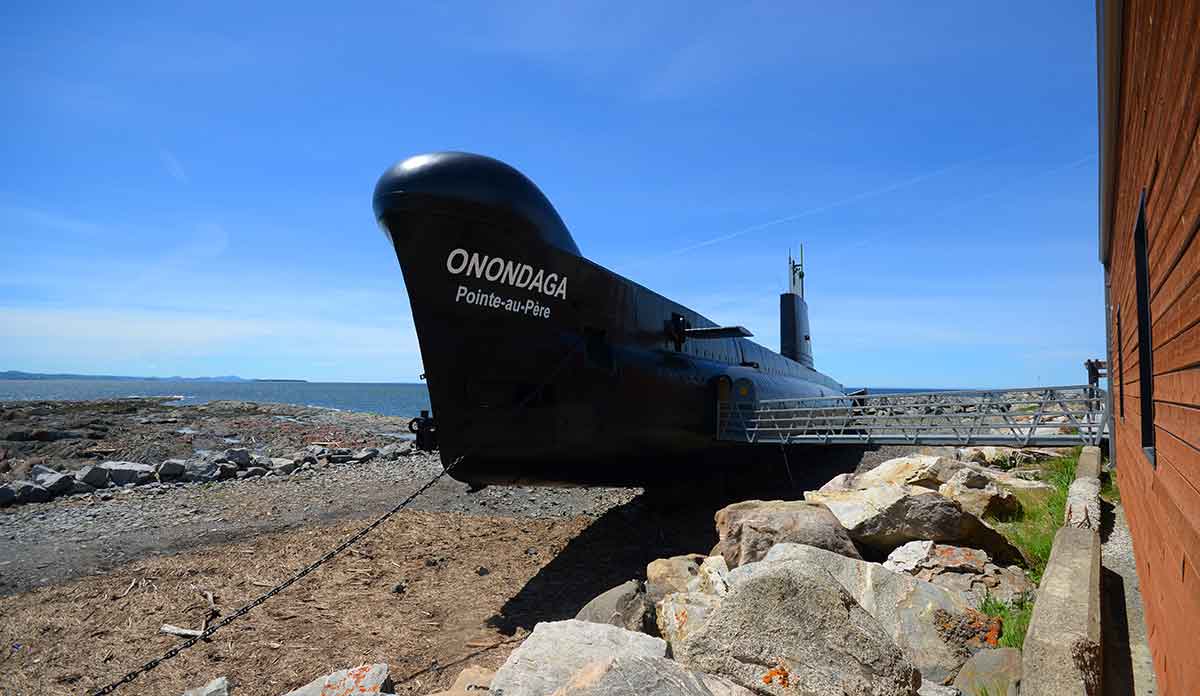 This old warrior is resting up and making new friends.
…….

Just one step inside a unique museum at this St. Lawrence River port and that’s enough for some visitors.

That first step inside gives an immediate impression of what this museum is all about and that’s enough to make some people back out. Other visitors come with a toothbrush, their jammies and the excitement of staying overnight.

Both types of visitors learn what it is like to live and work in a submarine. 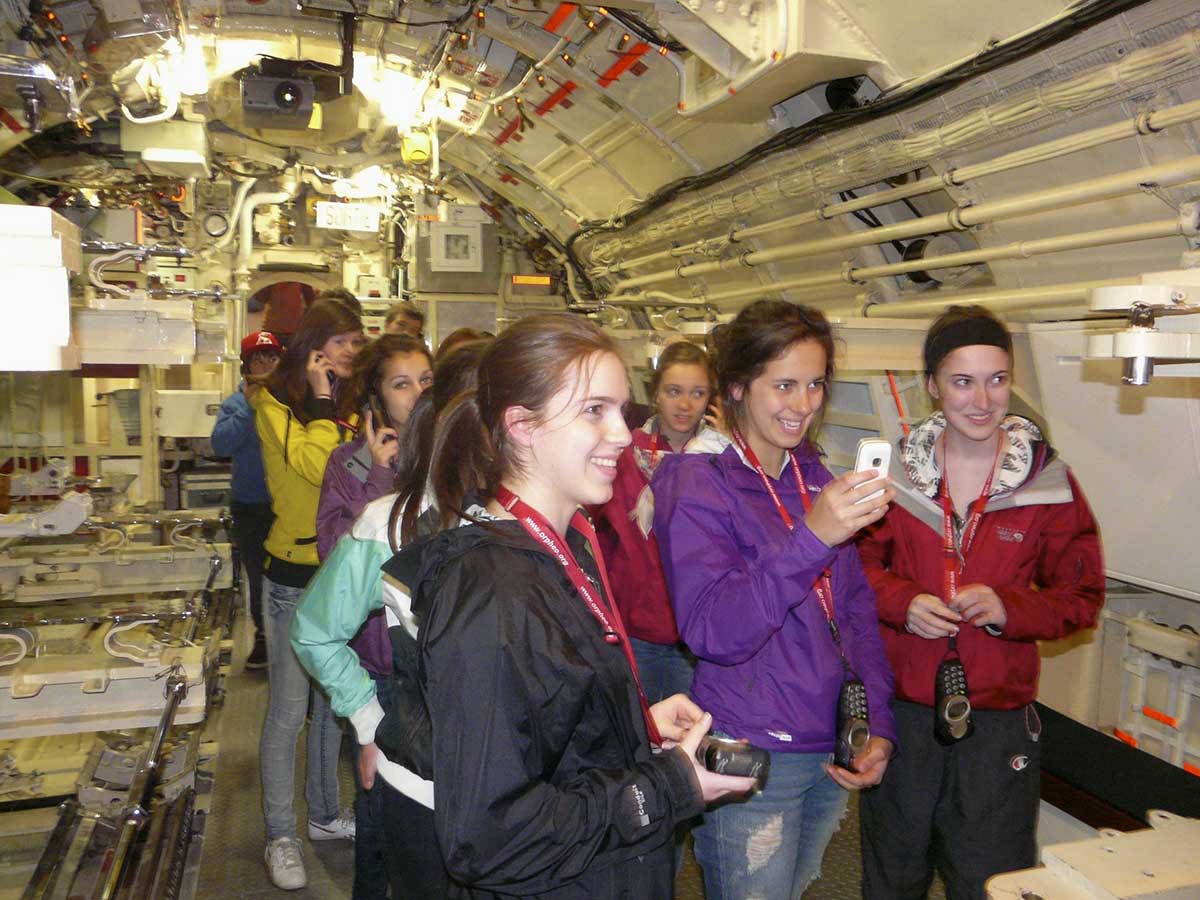 HMCS Onondaga patrolled below the North Atlantic for 36 years for the Canadian Navy and there was no life like it for the 70-man crew.

Now the general public can come aboard and experience that same life below the waves. The sub no longer dives below the surface. It has been hauled up on the south shore of The St. Lawrence River. But once those watertight doors are closed, you wouldn’t know the difference. 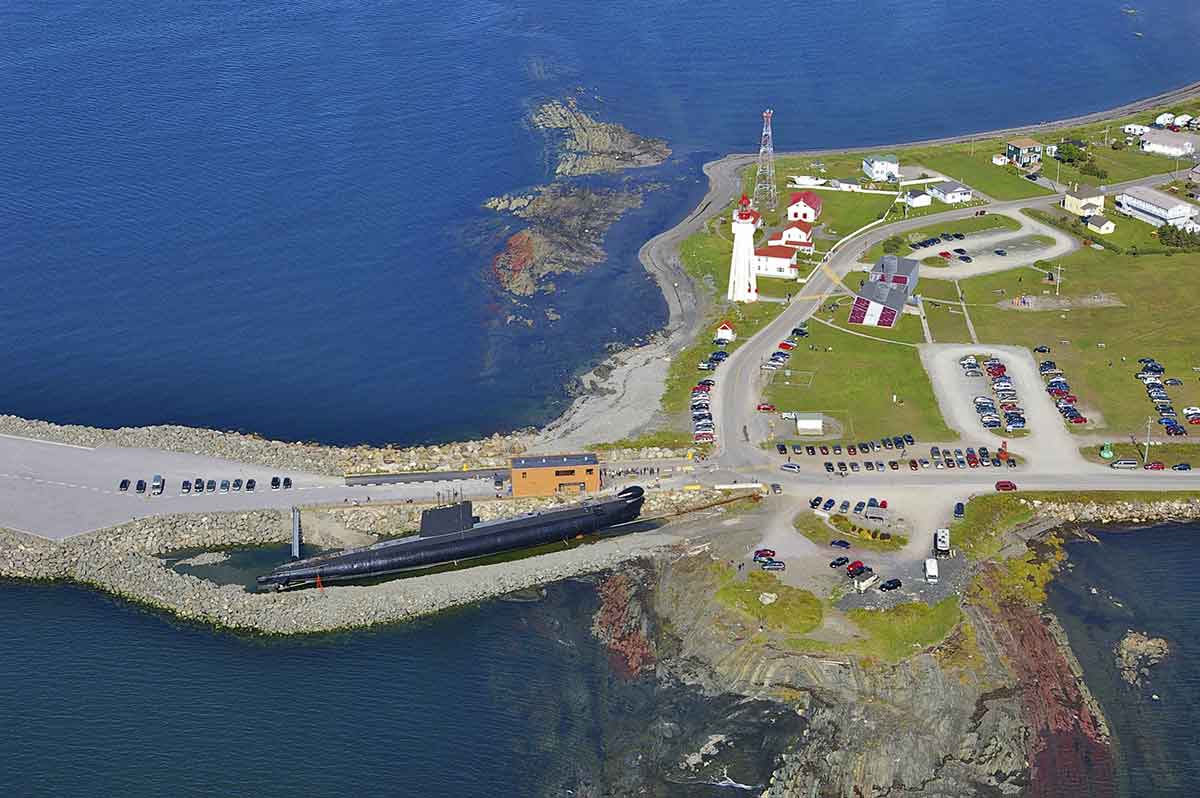 The Canadian Navy retired Onondaga in 2000 and planned to cut the sub into a half dozen pieces in Halifax, truck it up to Ottawa’s Canadian War Museum and stitch it back together again. The navy’s bean counters said that was too expensive and instead the submarine was to be sold for $60,000 as scrap metal. 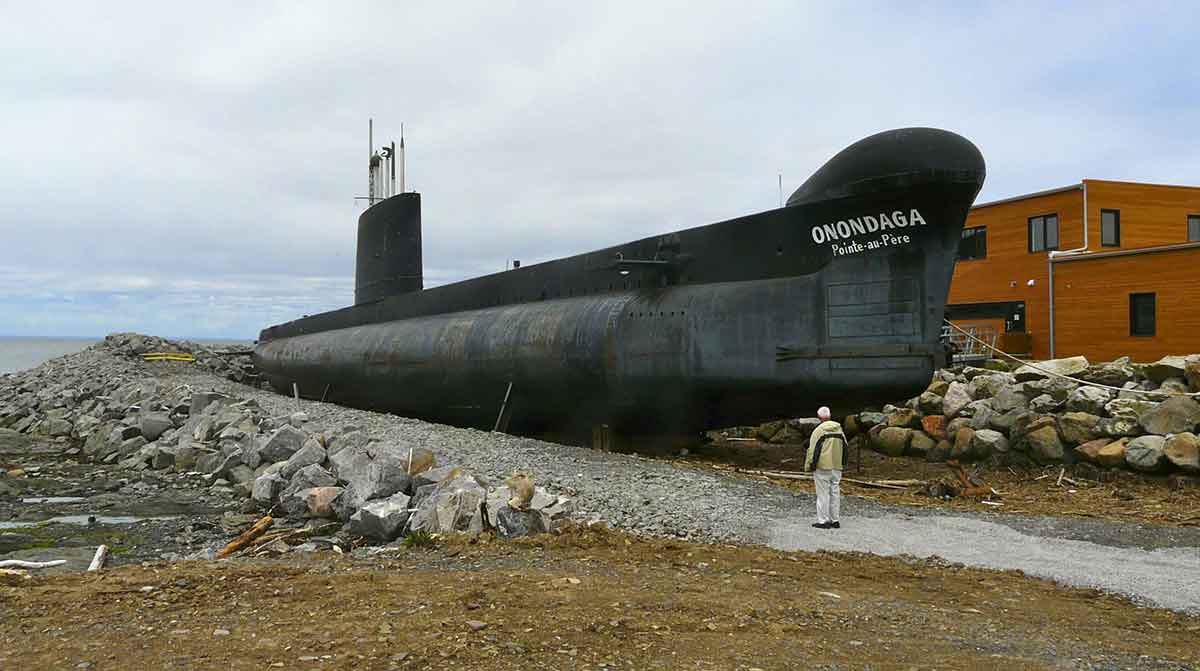 But the people who operate a maritime museum in Rimouski decided one of the few Canadian vessels remaining from the Cold War should not end up as razor blades or subway rails.

They managed to put together nearly $5 million to buy the sub and tow it to Rimouski. It was one of the most harrowing voyages this sub ever made. It had to ride out several late fall storms, which in its active days it would simply duck under. 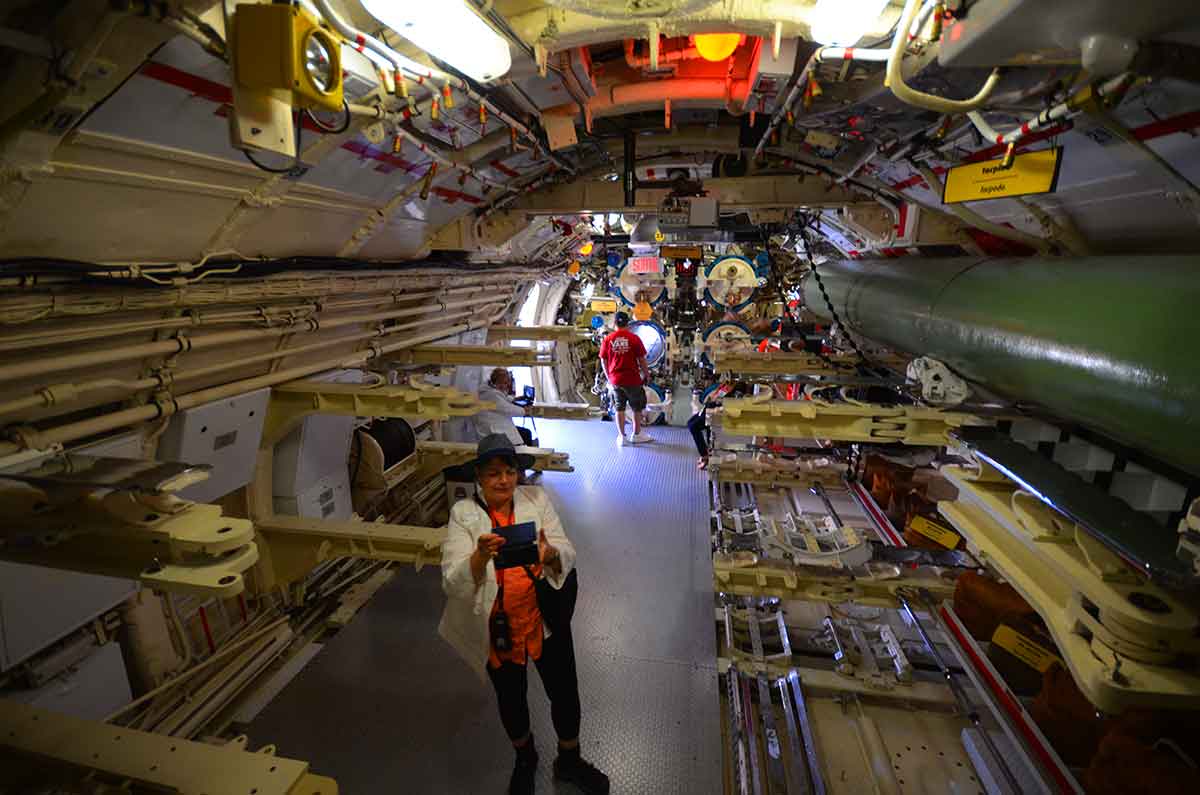 The last 50 metres were the most dangerous. It rolled on its side as it road on a makeshift dolly up onto the beach.

But Rimouski seafarers have been handling ships since Champlain sailed by in 1608 and they were able to get Onondaga righted and secure its permanent berth.

Volunteers spent a cold winter inside the sub making it ship shape to open as Canada’s first submarine museum.

Visitors can wander through the vessel in 45 minutes escorted by Dosun Alberic Gallant, who looks exactly what you’d expect a submariner to look like – but he’s an actor. 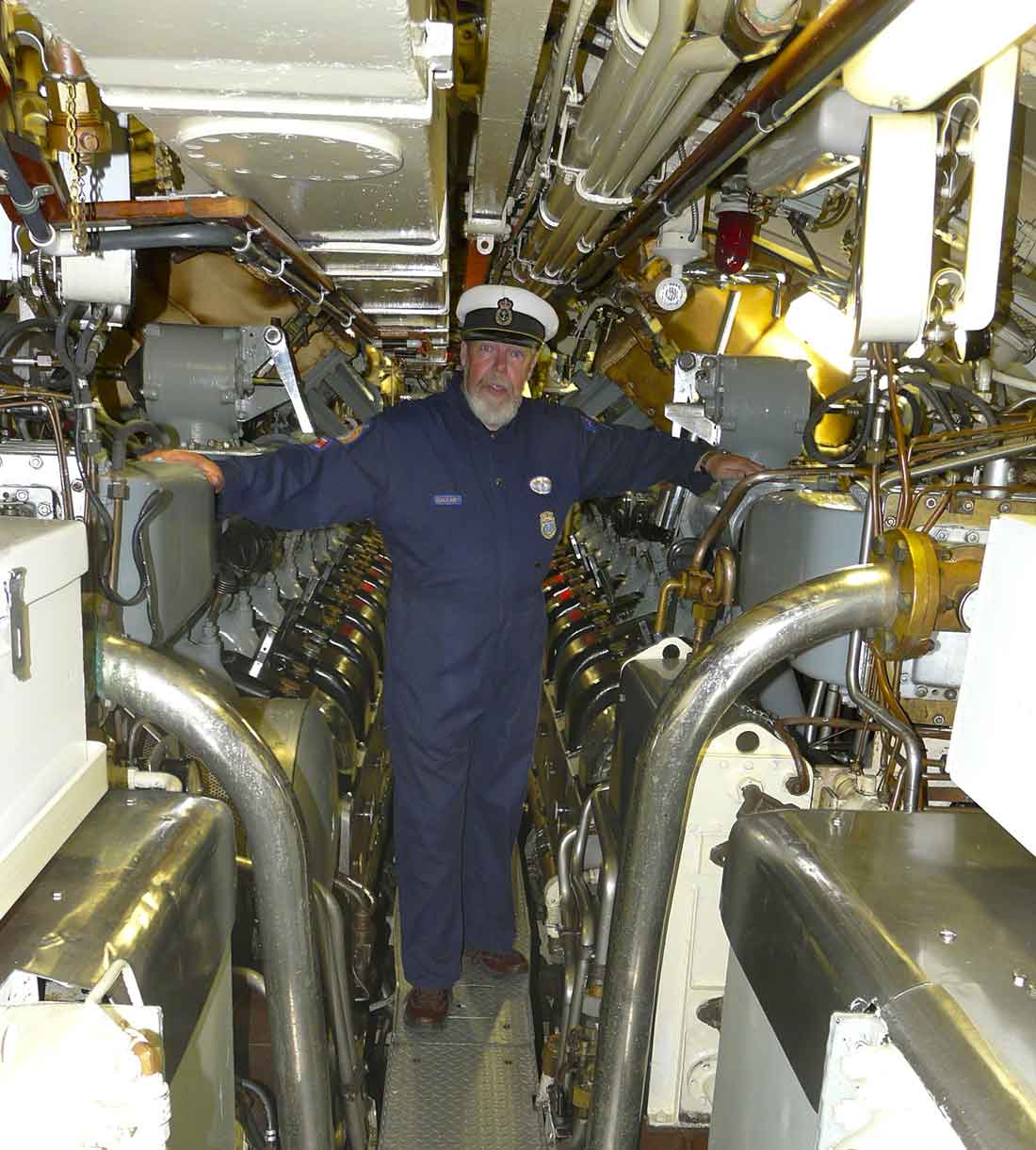 Or you can get a deeper impression of what it is like at sea in a sub by spending a night aboard. The overnight visitors duplicate the workday of a submariner. They track surface ships by radar and sonar, they peer through the telescope at passing ships, or just check on their car in the parking lot. 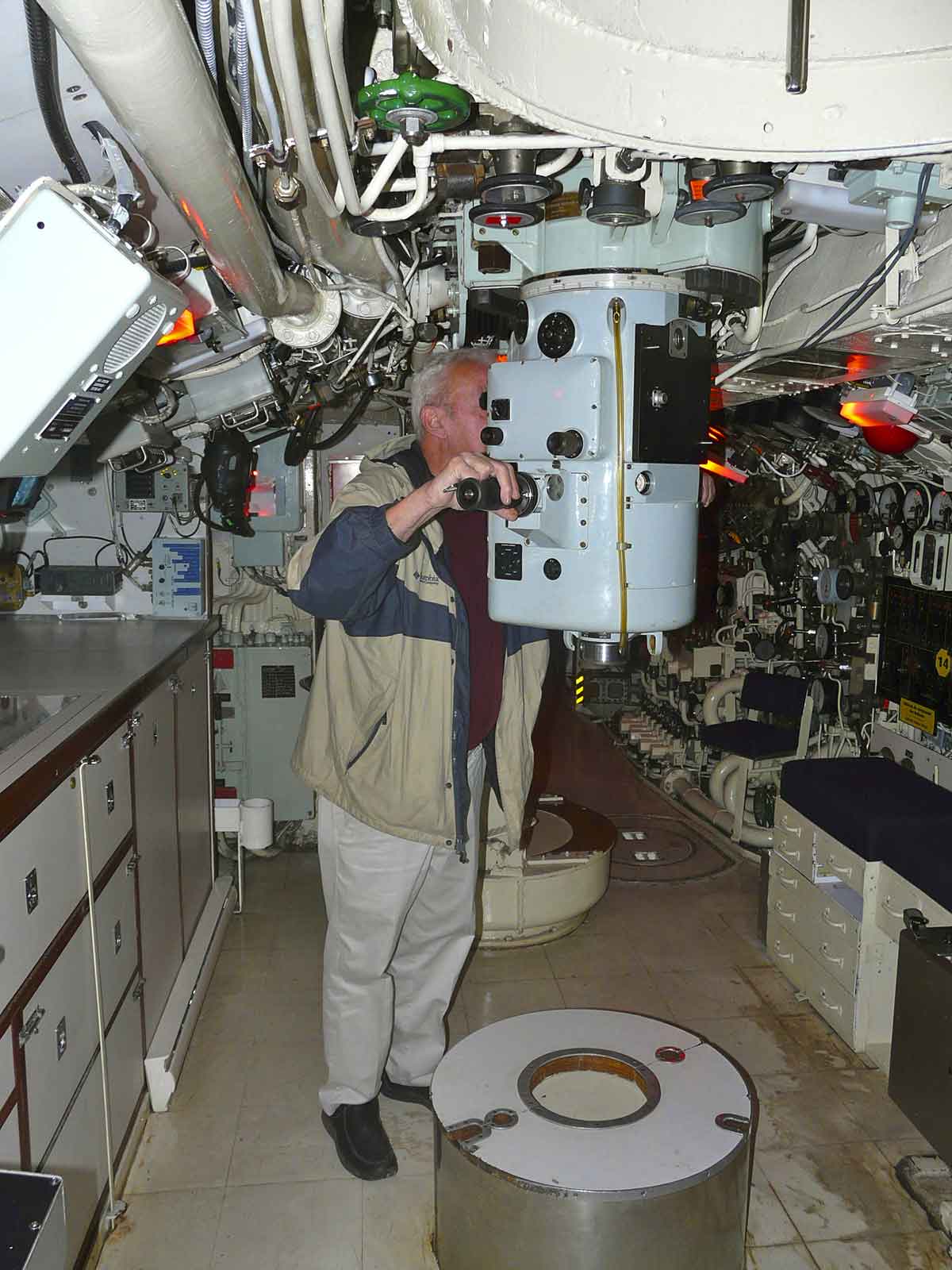 One of the exercises includes learning how to escape a sub that is sitting incapacitated on the bottom – in water less than 1,000 feet deep. Visitors wrestle their way into a survival suit, but they’re not required to climb into a tight chamber, inflate their suit with air, flood the chamber and then shoot up like a helium balloon to the surface. 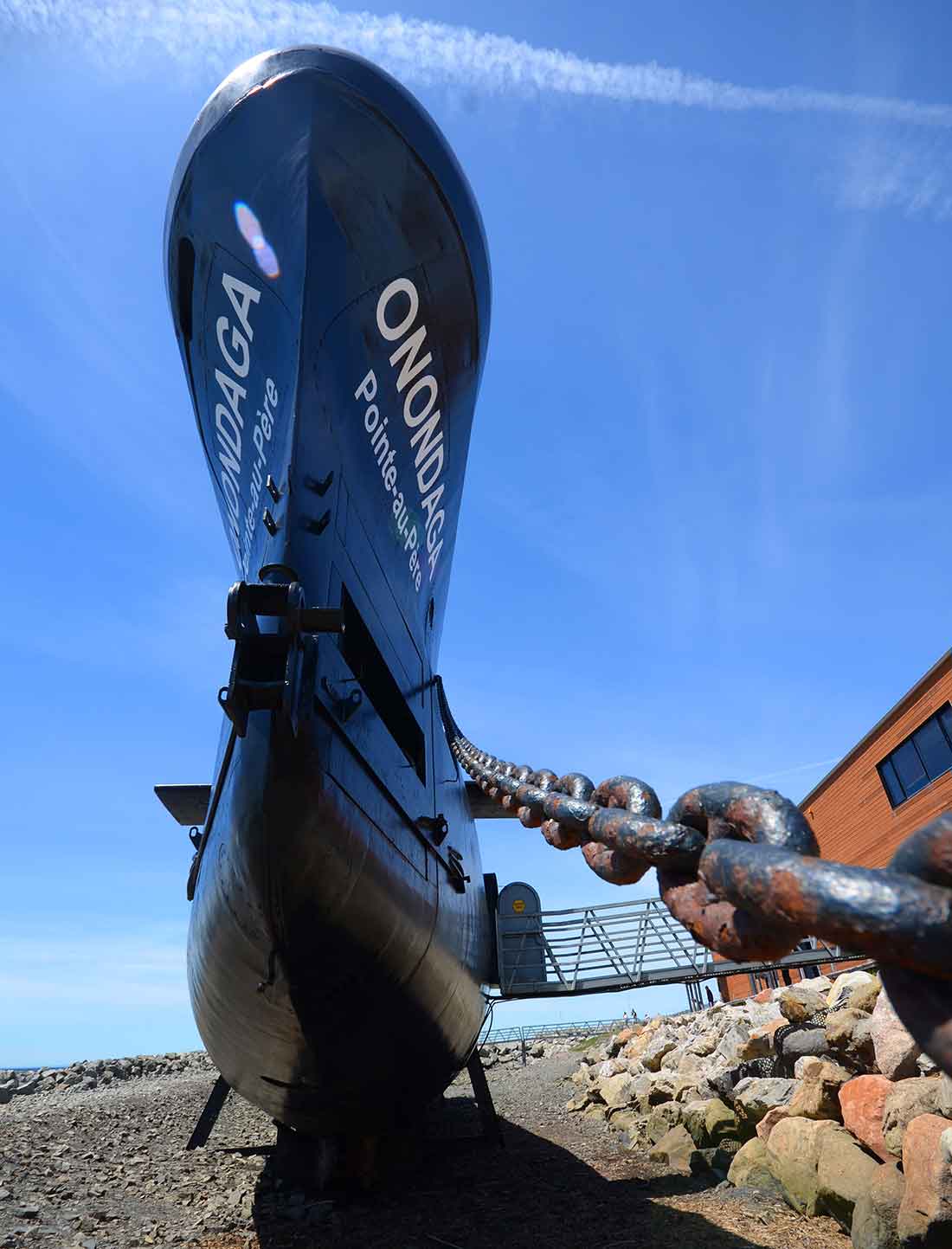 Maurice Allard has done that during his 17 years as a Canadian Navy submariner, including six years on the Onondaga. Fortunately, he only had to do it in training sessions in Hawaii and in the Mediterranean.

Allard helped bring his former sub to Rimouski, worked on its restoration and he sits on the board of directors of the Pointe-au-Père Maritime Museum.

He can tell stories about sitting quietly below Soviet spy ships stationed off the coast of Northern Ireland and going without hot food to avoid making any noise. 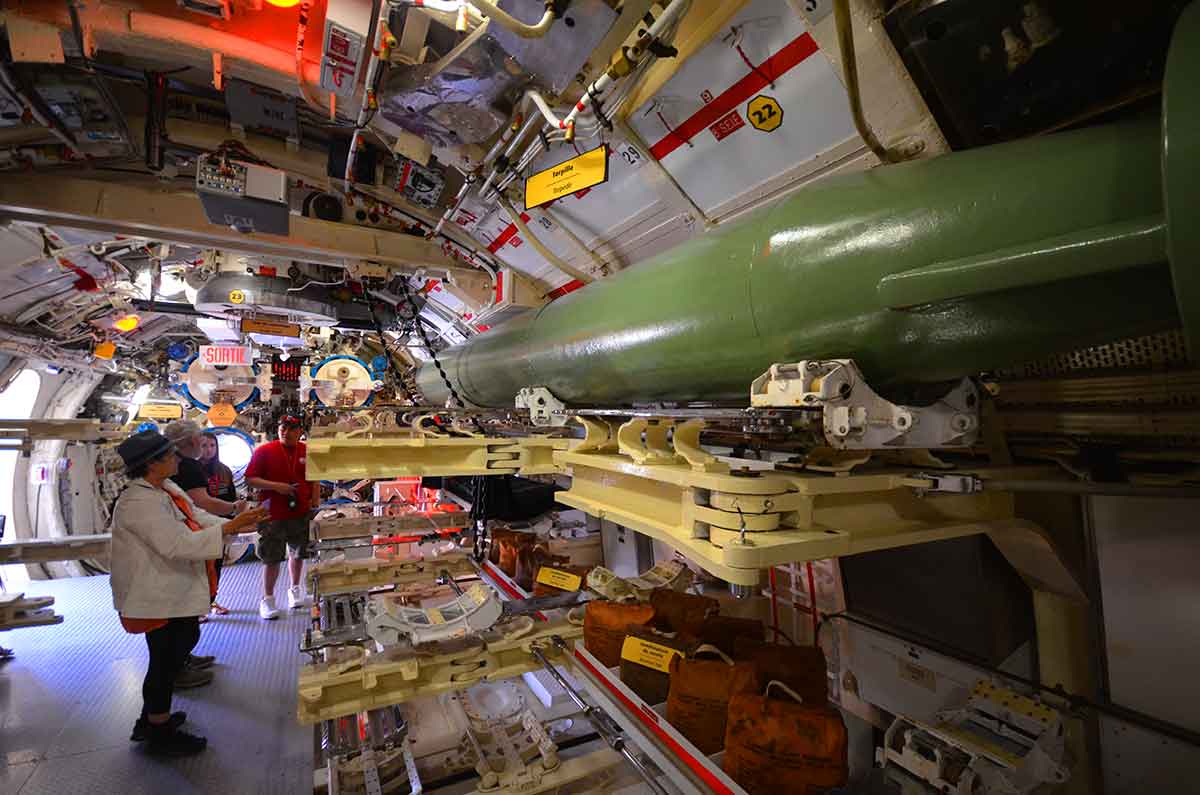 Sailors with claustrophobia didn’t go to sea in subs and visitors with the same affliction likely won’t roam through this museum. If you choose to stay overnight, most of the conversation and instructions are in French – plus, try to get a bunk amidst the torpedoes in the forward torpedo room. It’s the most spacious area in the vessel.

The Onondaga is the latest addition to Rimouski’s Pointe-au-Père Maritime Museum. 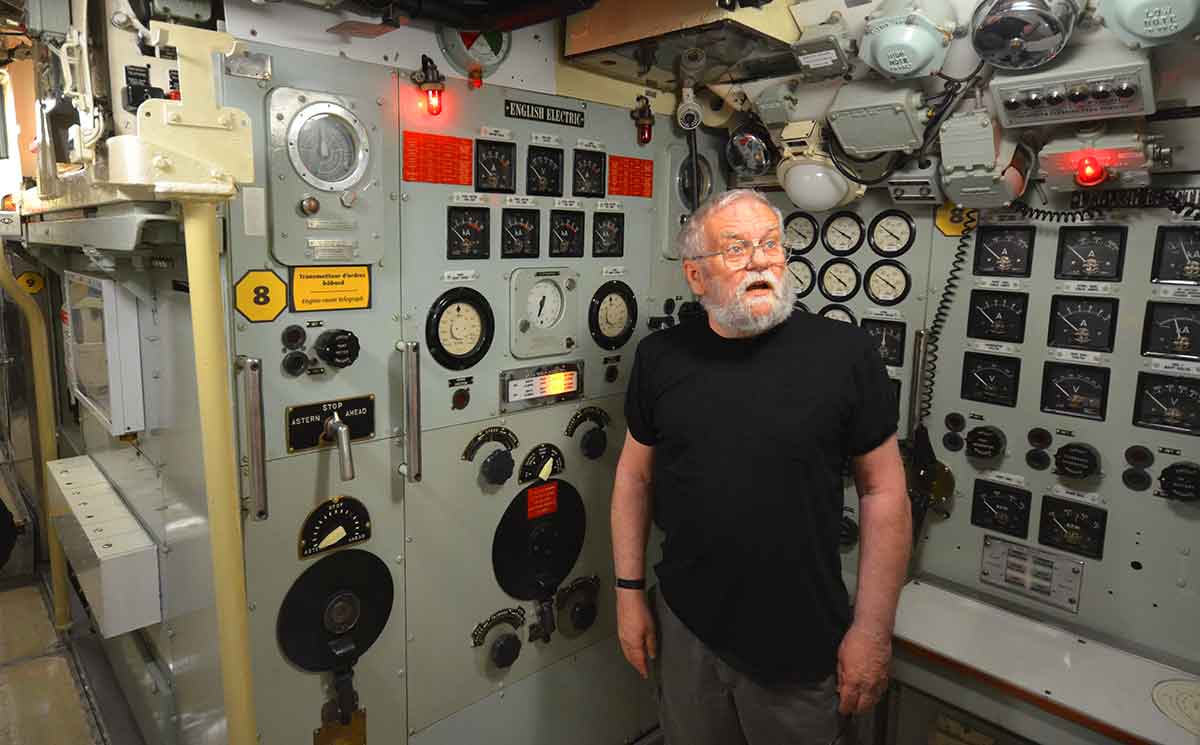 One of the marvelous interpretive staff touring guests through Canada’s first submarine museum.
. . . . . . .

If you happen to be travelling near Lake Erie, the HMCS Ojibwa, sister ship to the Onondaga, can be toured at its moorings in the tiny town of Port Burwell, Ontario. 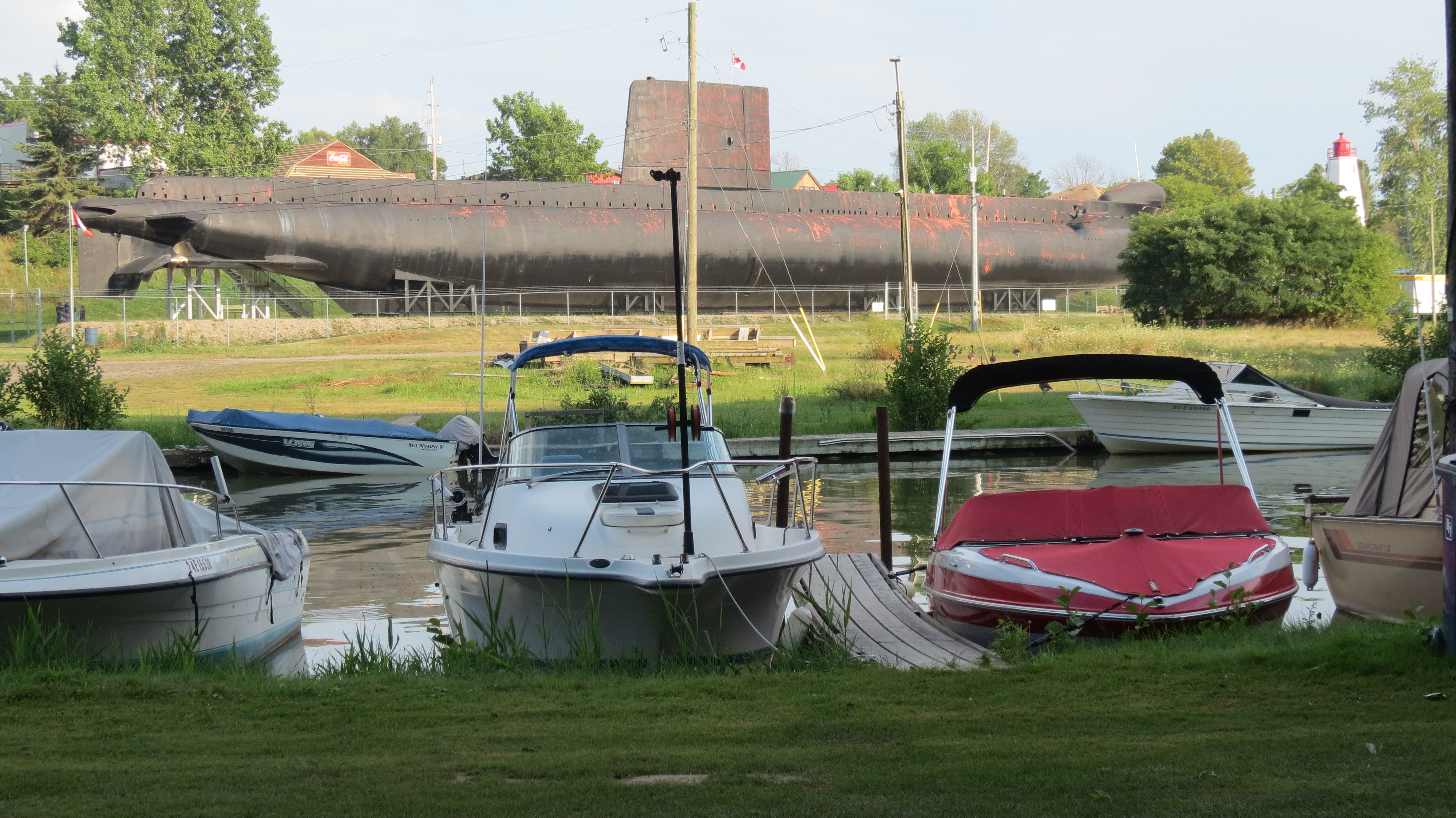