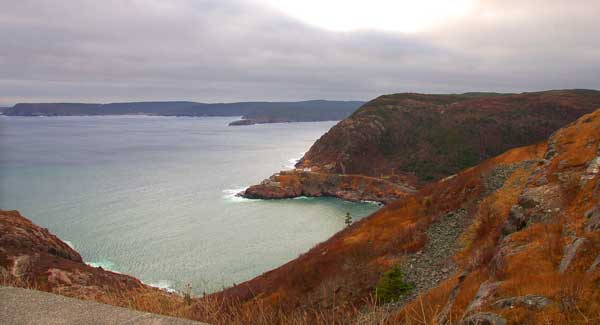 This place is soooo photogenic. I snapped over 600 pictures and while I’m not a painter, I wanted to be the whole time I was there. Brightly coloured wooden row houses, the most impressive natural harbour I’ve seen yet, long golden grasses highlighted by bright red bushes and rock everywhere. There’s so much of the latter that Newfoundland is known as ‘The Rock’. This great blogpost by Damian Penny clearly demonstrates how Newfoundland got its nickname.

View of St. John’s harbour, Newfoundland, from the restaurant at The Rooms

We spent a Saturday touring St. John’s and area with a local guide from McCarthy’s Party, an inbound tour operator. Reps from Destination St. John’s, the City of St. John’s and Newfoundland and Labrador all rave about McCarthy’s guides and this fellow did not disappoint. One of the first places he took us to was Signal Hill, a national historic site. Strategically located high above St. John’s at The Narrows, the entry point to St. John’s harbour, Signal Hill was first fortified during the Napoleonic Wars. It’s also where the Cabot Tower, an important Newfoundland landmark, was built in 1897 to celebrate Queen Victoria’s Jubilee and where Marconi‘s first transatlantic cable was received in 1901. The winds were howling on Signal Hill the day we were there. It’s just one of the things I discovered about St. John’s. It doesn’t get really cold in winter but it gets BIG winds. 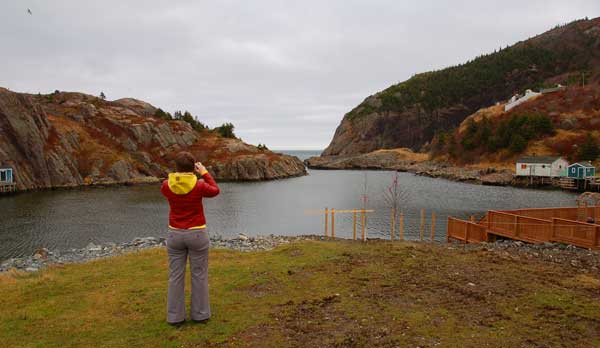 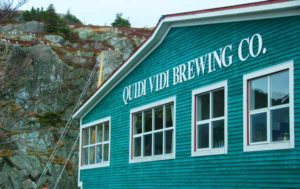 I fell in love with our next stop, Quidi Vidi, and apparently I’m not alone. This tiny fishing village just outside of St. John’s had its first resident in the early 16th century and is one of the most photographed in all of Newfoundland. I can see why. The cove which locals call “the gut” has colourful fish shacks that look like they’re barely hanging on to the rocky shoreline. I hope the village residents keep a watchful eye on local developers though. I couldn’t help but notice how houses have been recently built on the cove side with the magnificent view. If you happen to be in St. John’s over New Year’s Eve, a huge outdoor party at Quidi Vidi Lake is planned with fireworks at 12 midnight. We made a brief stop at The Rooms in St. John’s but I could have easily spent half a day here. This terrific museum tells the story of Newfoundland and its unique culture. Between the museum, its restaurant with a view, and the museum gift shop, the walk up a steep hill is worth it. 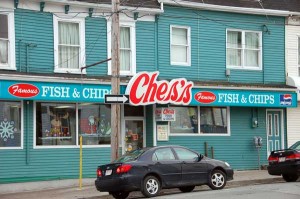 Middle Cove is on the outskirts of St. John’s. Its pebbled beach is where capelin come in every year. These sardine-like fish are a local delicacy and I was told that when they arrive, word spreads like wildfire through St. John’s. In no time at all, hundreds take to the beach with nets hoping to catch enough for a family feast. Speaking of fish, our guide took us to Ches’s, one of several fish ‘n chips in town. Here’s another discovery I made. The fish in St. John’s fish ‘n chips is always cod and in the case of  Ches’s, my cod had a delicate batter and was very good. We also tried Ches’s onion rings which were the largest I’ve ever seen and we washed it all down with sweet-tasting beer known as Iceberg from Quidi Vidi Brewery. The name ties into a popular spring pastime in Newfoundland; iceberg-watching. 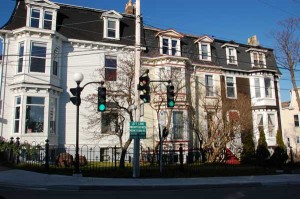 Historic Ryan Mansion has a connection to the Titanic

Downtown St. John’s has several hotels but book early if you plan to go. They fill up quickly, particularly in the summer months. The Delta St. John’s was our home away from home. It anchors one end of town while the Sheraton Hotel Newfoundland anchors the other. Smaller hotels are in between including the Quality Hotel Harbourview, the Courtyard Marriott St. John’s and the Murray Premises, a boutique hotel in a refurbished harbour warehouse. All have harbour views, and in some cases windows that open, so you can breathe in the ocean air. Several inns and B&Bs are also found downtown. One that stands out from the rest is the Ryan Mansion, Prince Charles and Camilla stayed here recently and gave it a 10. After touring it, I was ready to give it a 10 too. Built between 1909 and 1911 for James Ryan, a wealthy Newfoundlander, the Ryan Mansion has a connection to the Titanic. In fact, there are several connections to the Titanic in St. John’s and Newfoundland. An interesting Toronto Star story by Canadian travel writer, Nancy Wigston, talks about all of them. 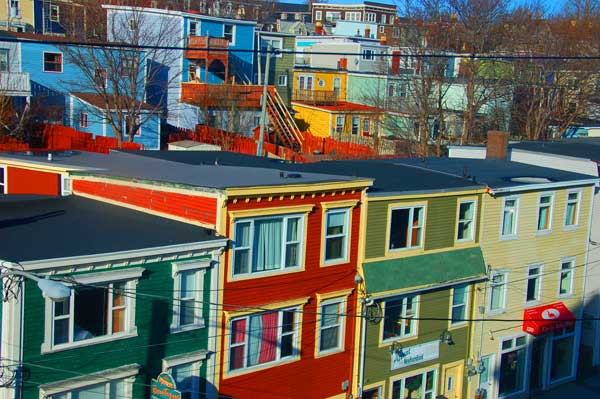 Artists like to rent saltboxes in Newfoundland. These two-storey wooden cottages are found in little fishing villages scattered along Newfoundland’s coastline. Some are only accessible by boat. I dream of renting one and spending an entire September on the coast. Cathy Driedzic, a local artist told me she often spends time in a saltbox in a small Newfoundland fishing village outside of St. John’s painting as much as she can. I found Cathy in an art walk brochure when I was here in 2004. It was the dead of winter so, she was surprised to find me knocking at her door asking if I could see her watercolours. I ended up purchasing three of them, including a winter scene of Tors Cove, a tiny tidal village up the coast. When I got back home, I showed my new paintings to my friend, Stephen, a Newfoundlander. He laughed and said “I know Tors Cove. I have cousins there and that saltbox in your painting could be their home.” 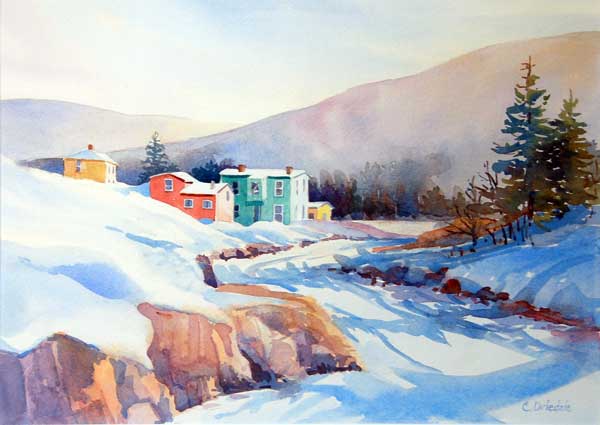 Check out the official website for City of St. John’s.

Next week another six degrees of separation discovery in Fredericton, New Brunswick.