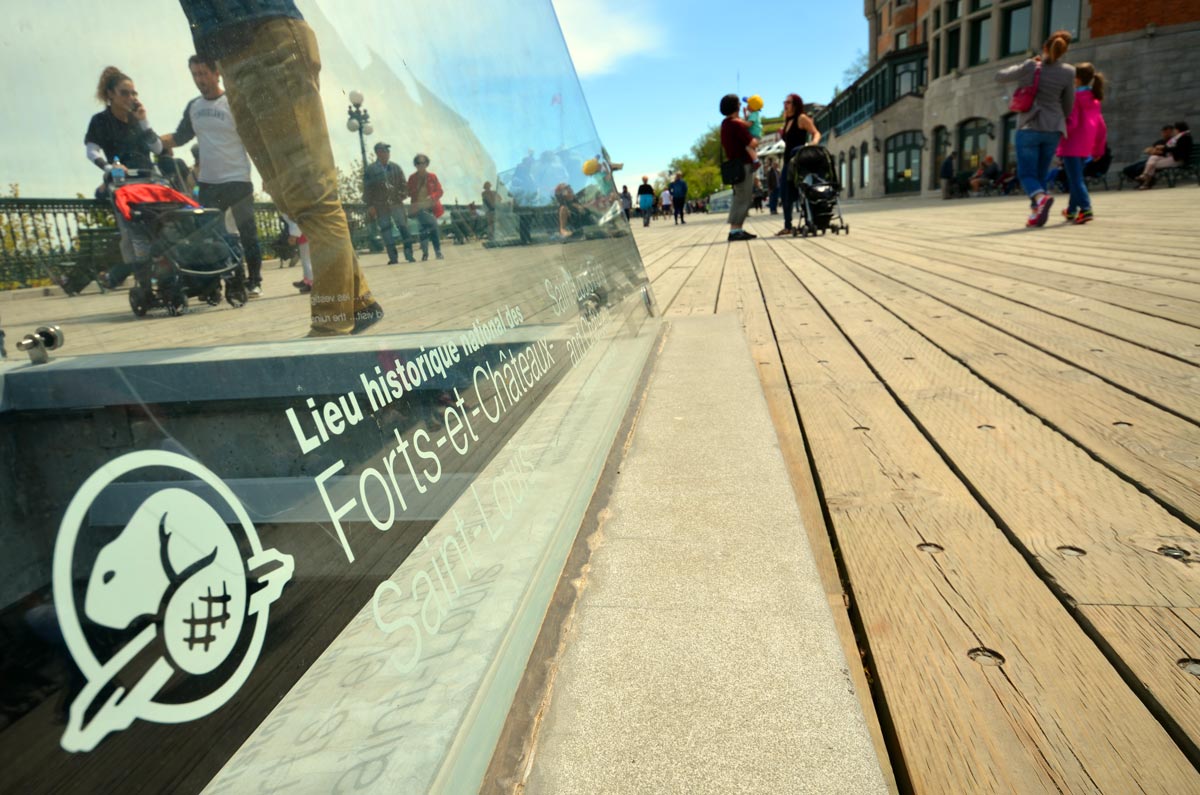 The Saint-Louis Forts and Châteaux National Historic Site was created by Parks Canada in Quebec City.

Buried and forgotten for generations beneath the wooden boardwalk and the curious feet of a billion out-of-towners lie the cellars of Chateau Saint Louis and the colonial governors. 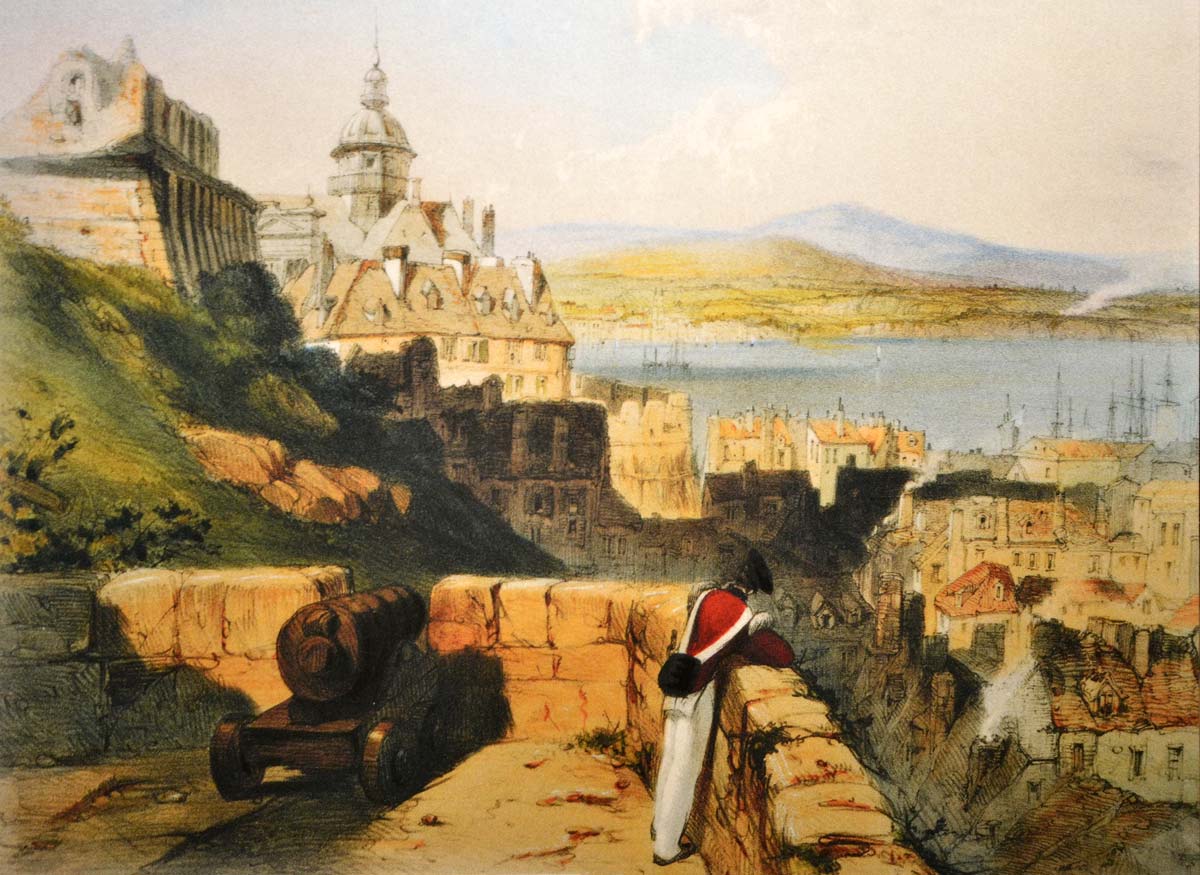 The ramparts of the Chateau Saint Louis – artist unknown
…….

For 200 years the seat of power and prestige in what would later become Canada was here. High above the cliffs at Quebec, where the Saint Lawrence River narrows, the Château Saint-Louis was home to the governors of New France. When the King was away (which was most of the time) the governor was in charge. 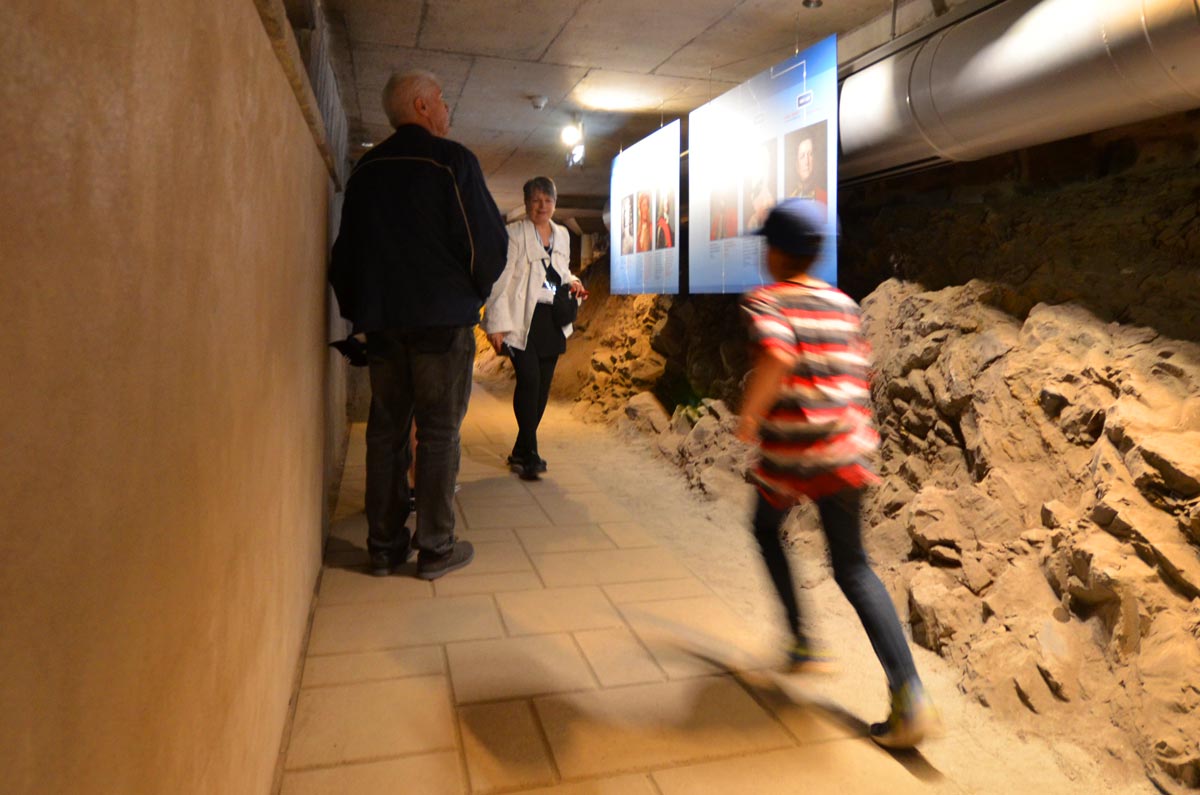 Sometimes there is just as much traffic beneath the boardwalk as above it.
……. 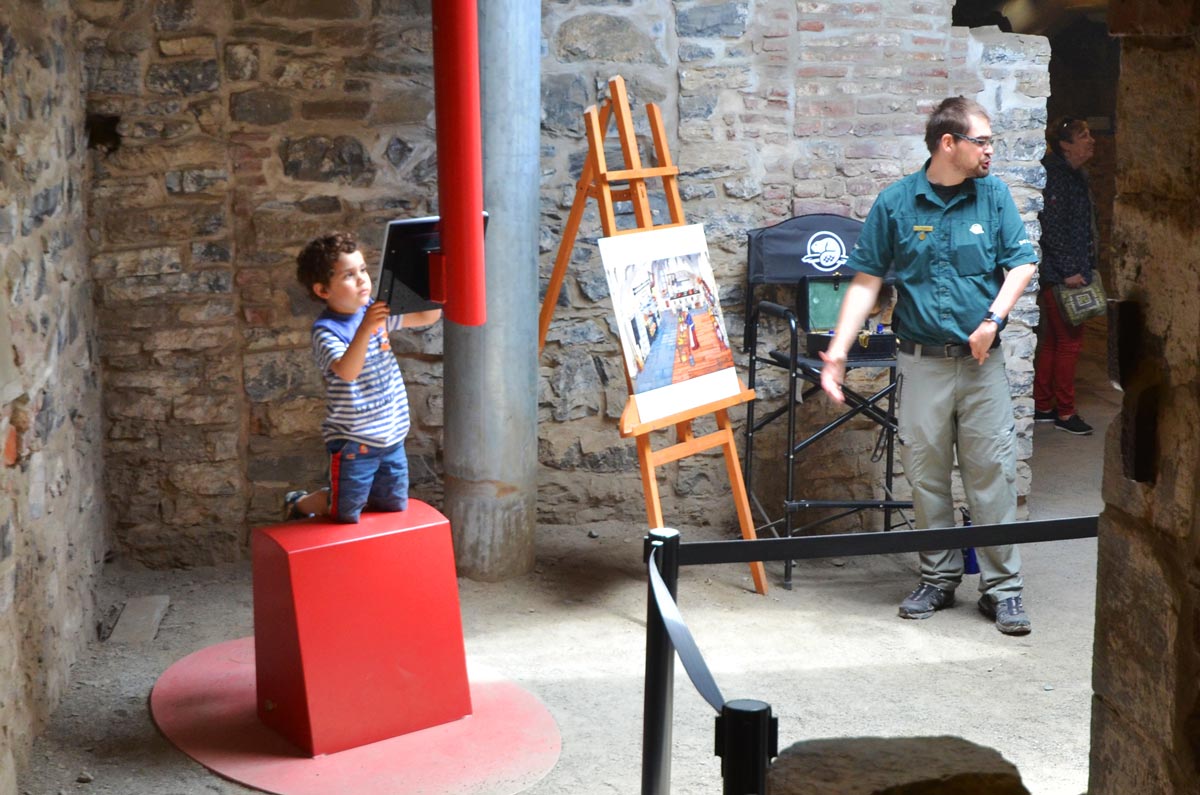 When Parks Canada staff are not looking, kids take control of the situation.
…….

While the governor was playing host to the politicians, clergy and Aboriginal chiefs, the business of keeping it all together was conducted in the cellars. Butlers, servants, cooks, pastry makers and wine stewards kept the colonial court up to snuff. 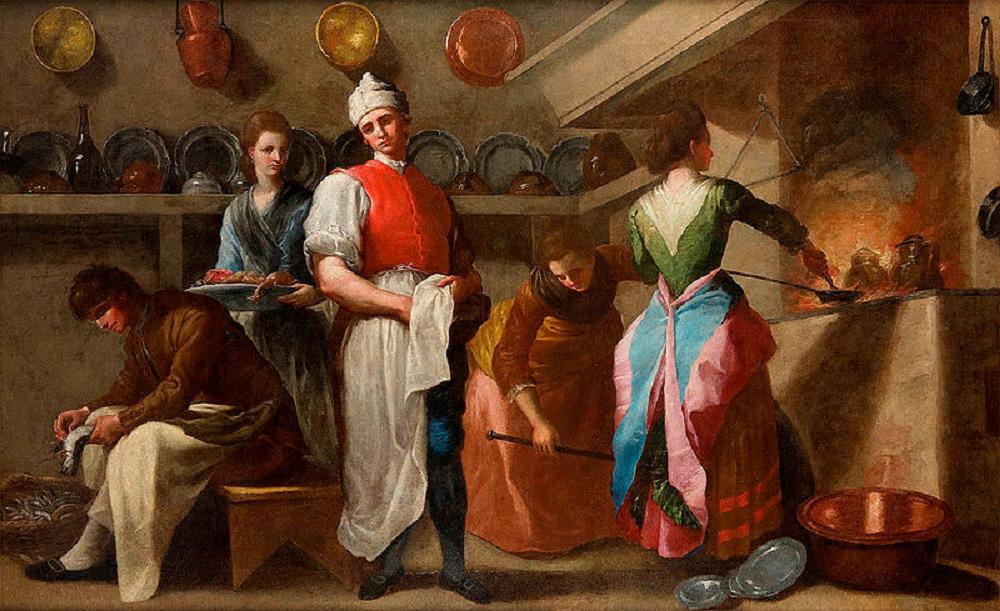 After the battle of the Plains of Abraham in 1759 the French château was adapted to the tastes of the English governors… and the party continued. 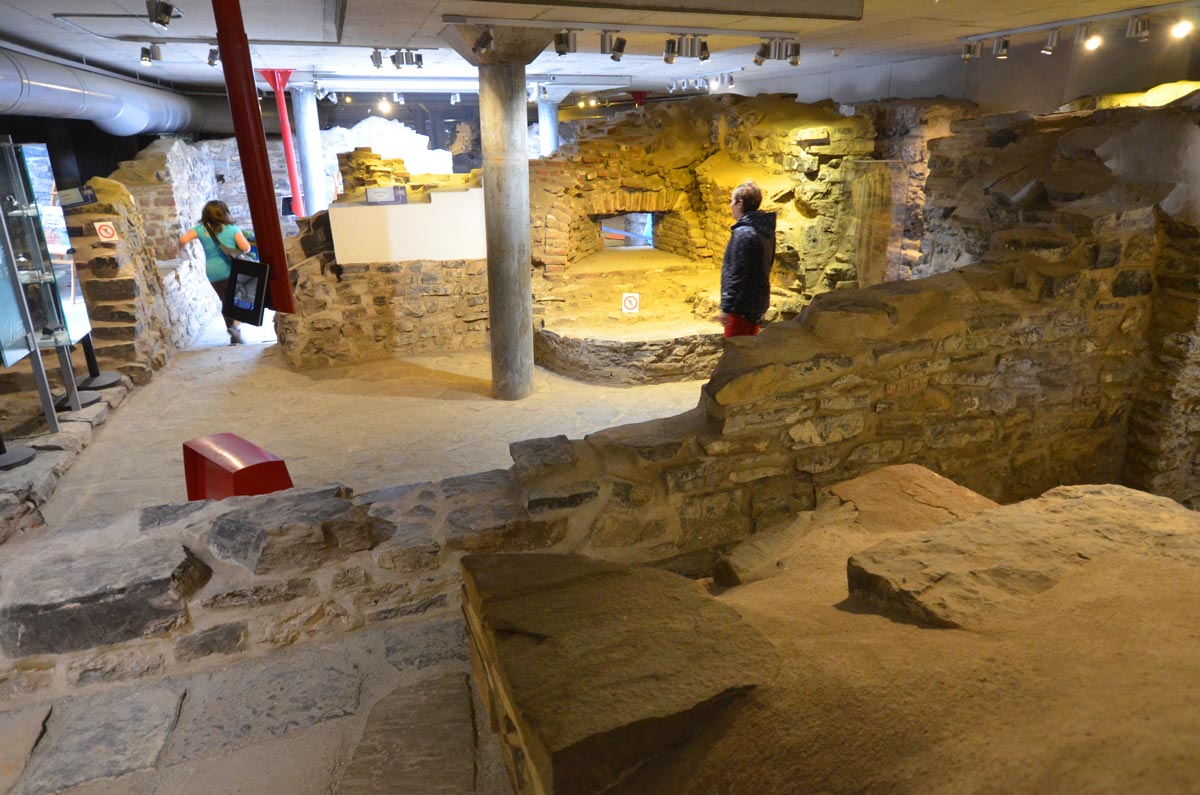 The famous boardwalk of Quebec City lies just above this excavation.
……. 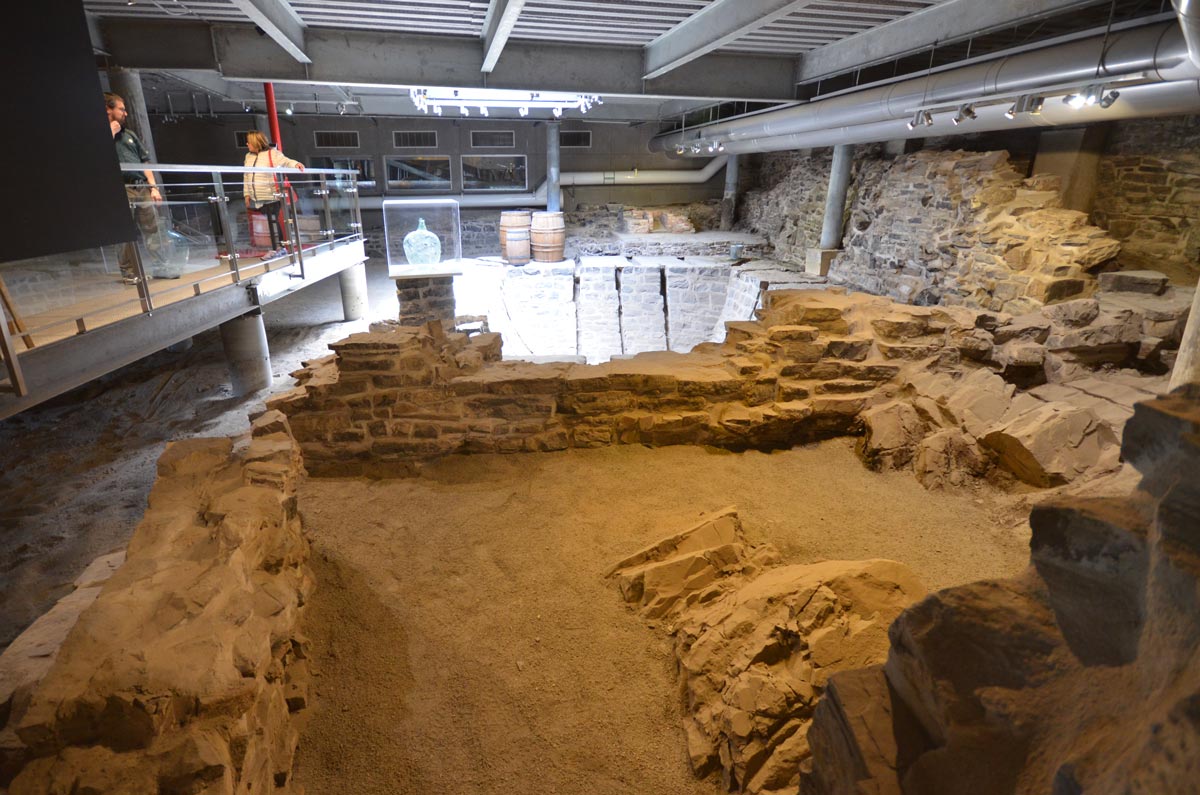 The cellars were unearthed by Parks Canada during archaeological excavations in 2005 and over 400,000 objects have been collected. The interpretive centre currently open represents only a portion of the entire site and most of the artifacts are still in storage, waiting for their turn to be put on display here. 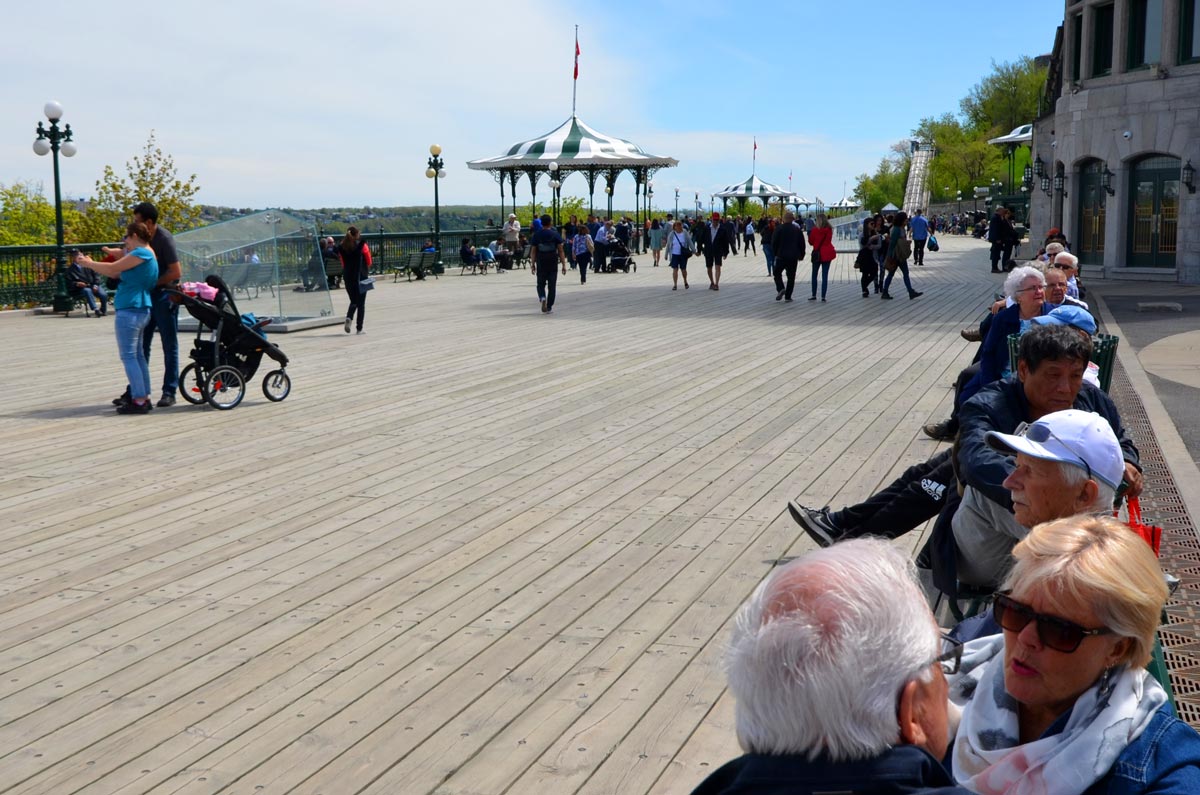 Entrance to The Saint-Louis Forts and Châteaux National Historic Site
…….

The Saint-Louis Forts and Châteaux site was designated a National Historic Site of Canada in 2002. Make sure to visit next time you are in Quebec City. 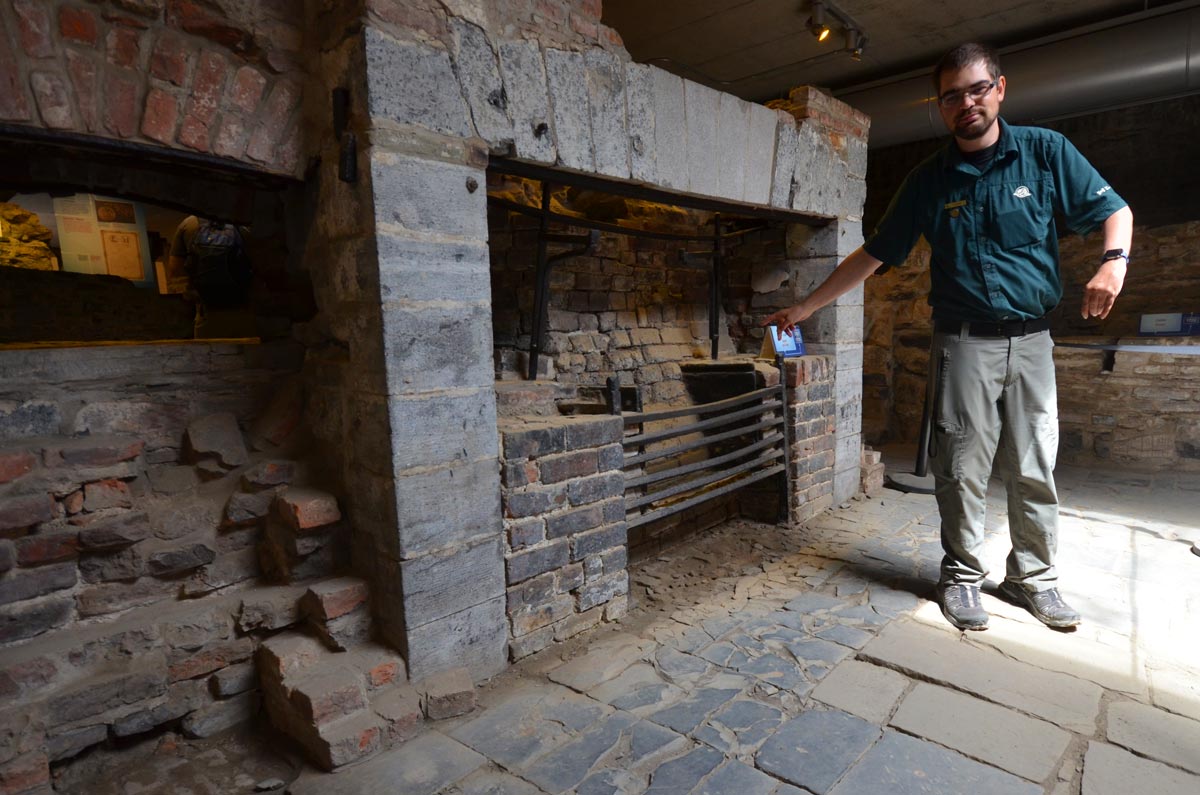 Parks Canada staff are all fully bilingual at The Saint-Louis Forts and Châteaux National Historic Site
……. 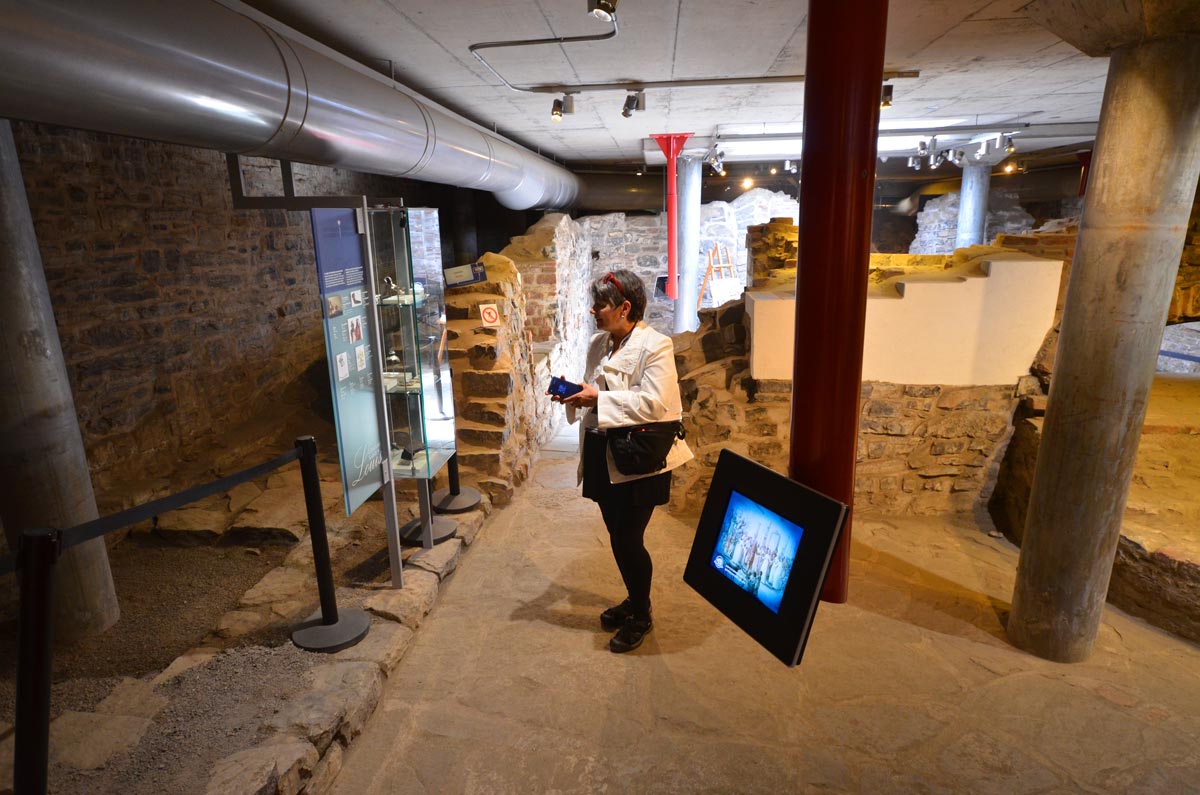 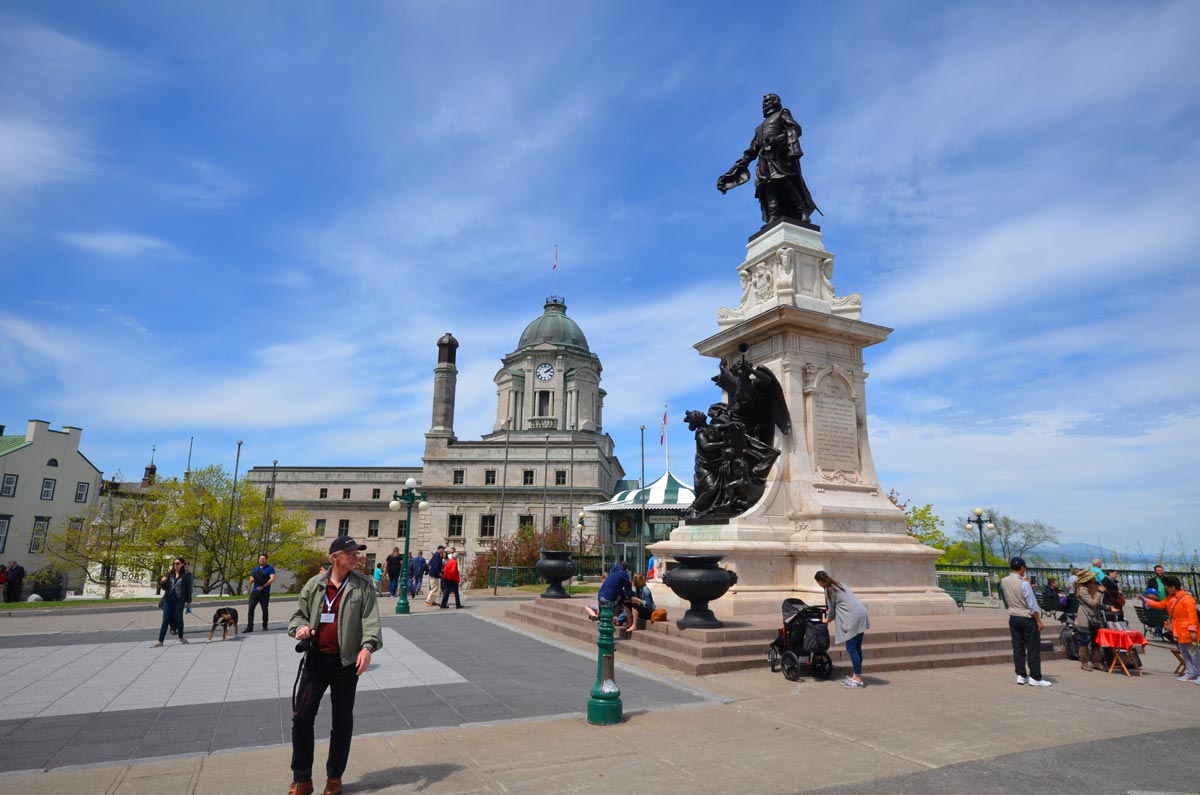 The cellars of Chateau Saint Louis are directly under the statue of Samuel de Champlain in front of the Chateau Frontenac in Quebec City
…….