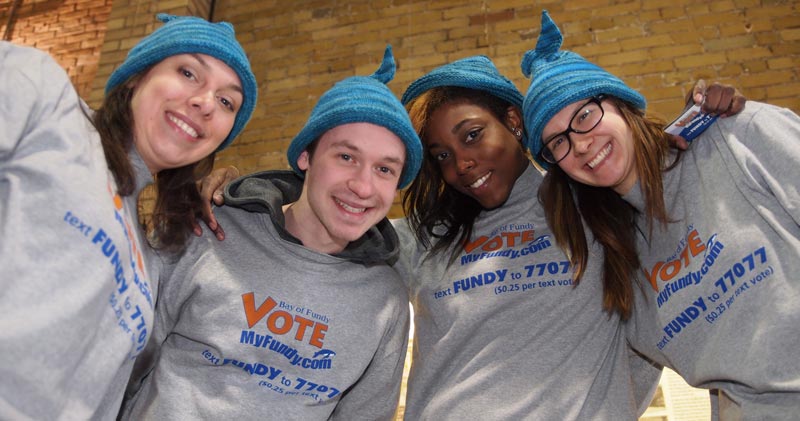 The bay with the highest tides in the world is Canada’s lone contender in the New7Wonders of Nature campaign. Check out this amazing Bay of Fundy video.

When the New7Wonders campaign began in 2007, it featured more than 440 entries from over 200 countries. That number has been reduced to 28 finalists. The final seven will be selected in November 2011. 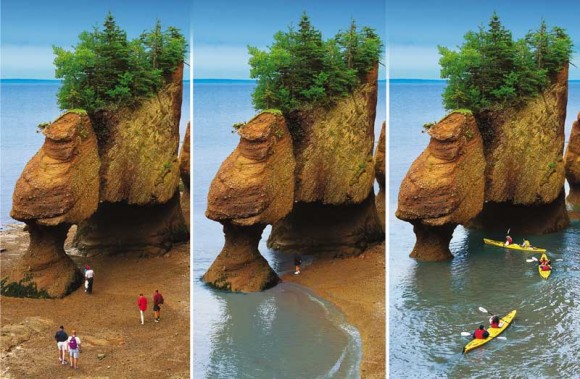 Sandstone pillars of the Hopewell Rocks, on the New Brunswick side of the Bay of Fundy, Canada. The Bay of Fundy has the highest tides in the world, with billions of tonnes of salt-water flowing in and out of the bay, twice a day… every day.

Last week, the premiers of New Brunswick and Nova Scotia, the two Canadian east coast provinces that border the Bay of Fundy, were at St. Lawrence Market in Toronto to kick off the final leg of the VoteMyFundy campaign. The campaign urges all Canadians to vote their Bay of Fundy into the final New7Wonders. Cast your vote by simply sending the word Fundy to 77077. Each text vote costs 25¢. Votes can also be registered online by visiting votemyfundy.com or new7wonders.com 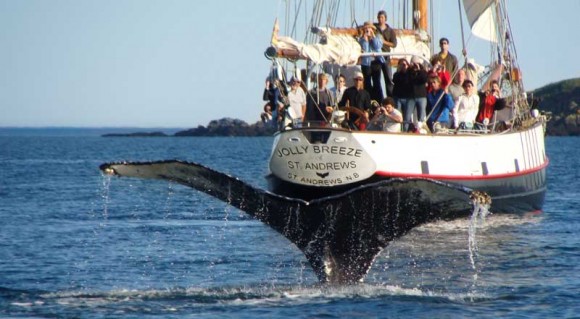 10 reasons to Vote for Fundy:

Bay of Fundy tides are the highest in the world measuring 54 feet or 15 metres high. To put this into perspective, a one- storey commercial building is anywhere from 12-15 feet or 4.5 metres.

The Bay of Fundy is the summer habitat and feeding ground for 12 species of whales, including the rare and endangered North Atlantic Right Whale.

The Bay of Fundy is one of the world’s richest marine ecosystems. Its biodiversity has been compared to the Amazon rainforest.

Upper Bay of Fundy is a UNESCO Biosphere Reserve and the Bay of Fundy’s Joggins Fossil Cliffs are a World UNESCO Heritage Site.

Fundy’s low tide mud flats are a critical feeding ground for 95% of the world’s semi-palmated Sandpipers. These amazing birds migrate annually from the Arctic to the west coast of Africa and then South America.

The Bay of Fundy is THE hottest site in the world for tidal power potential.

The Old Sow Whirlpool, the largest in the northern hemisphere, is in the Bay of Fundy.

The Bay of Fundy is THE best place in the world to view three different geological time periods: igneous, sedimentary and metamorphic. 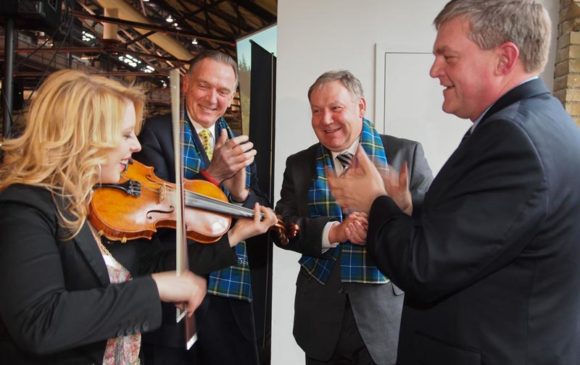