The Mi’gmaq call this place “Where Land Ends” and first nations people have visited her for over 4,000 years. Turned into a national park in 1970, Forillon National Park covers 244.8 square kilometres on the tip of Quebec’s Gaspé Peninsula. It’s a maritime culture wrapped with big forests and beaches with enough fun to keep you going for several days. But if you’re short on time, do these first:

There are good reasons why you need to learn how to watch the sun rise at Forillon National Park.
. . . . . . .

There’s something about watching the sun poke above the eastern edges of Canada that can’t be replicated further west (sorry Alberta!) If you’ve never been taught the proper way to watch a sunrise, it’s an art form here, so bone up first. 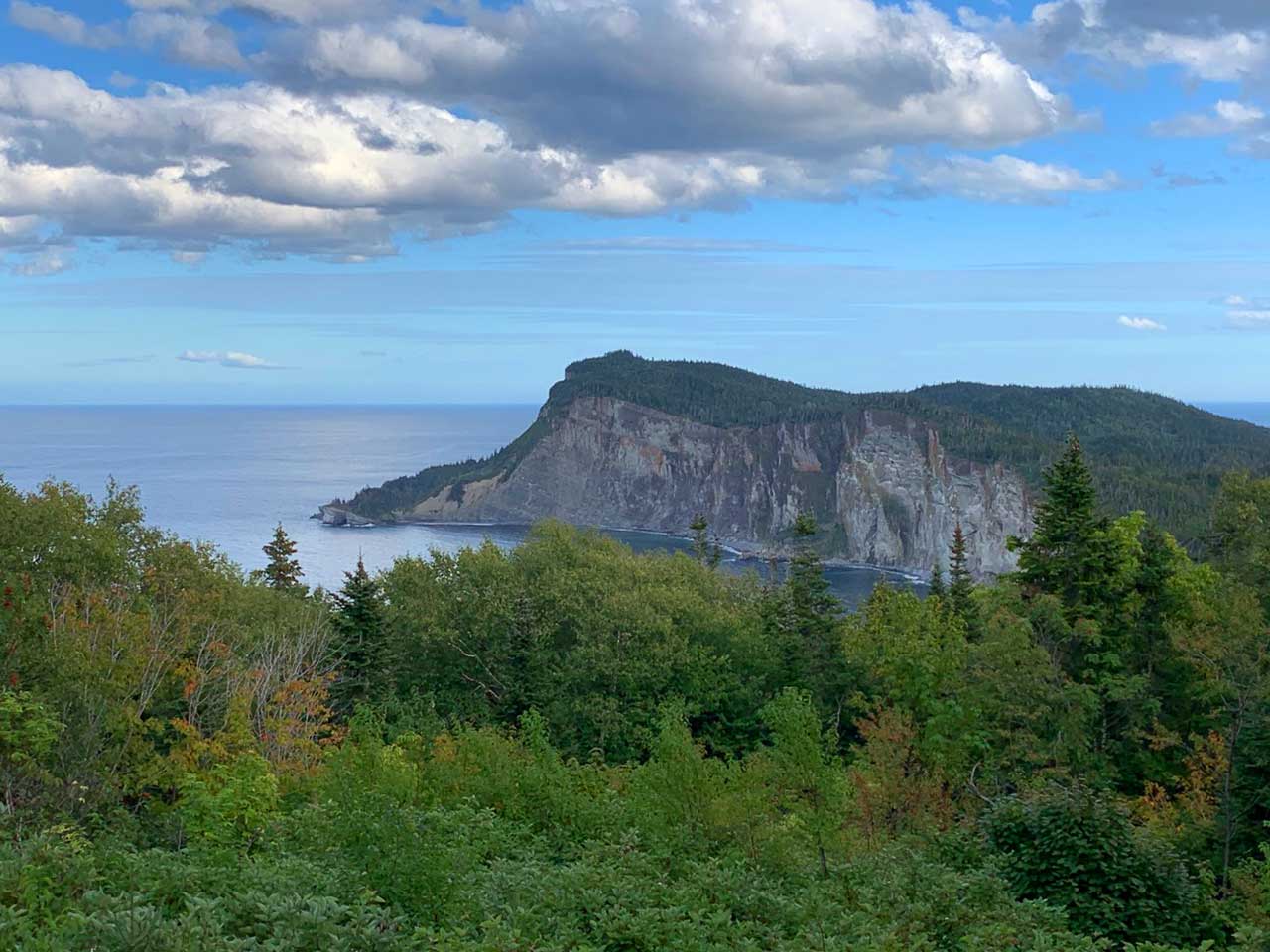 Climb to the lookout tower above Cap-Bon-Ami for a 360-degree view of the park. It’s a 3.6-kilometre slog with some steep sections but if you’re reasonably fit you’ll be rewarded with spectacular views. If you’ve got bad knees, just look at someone else’s pictures and head to the cliffs near the parking lot. 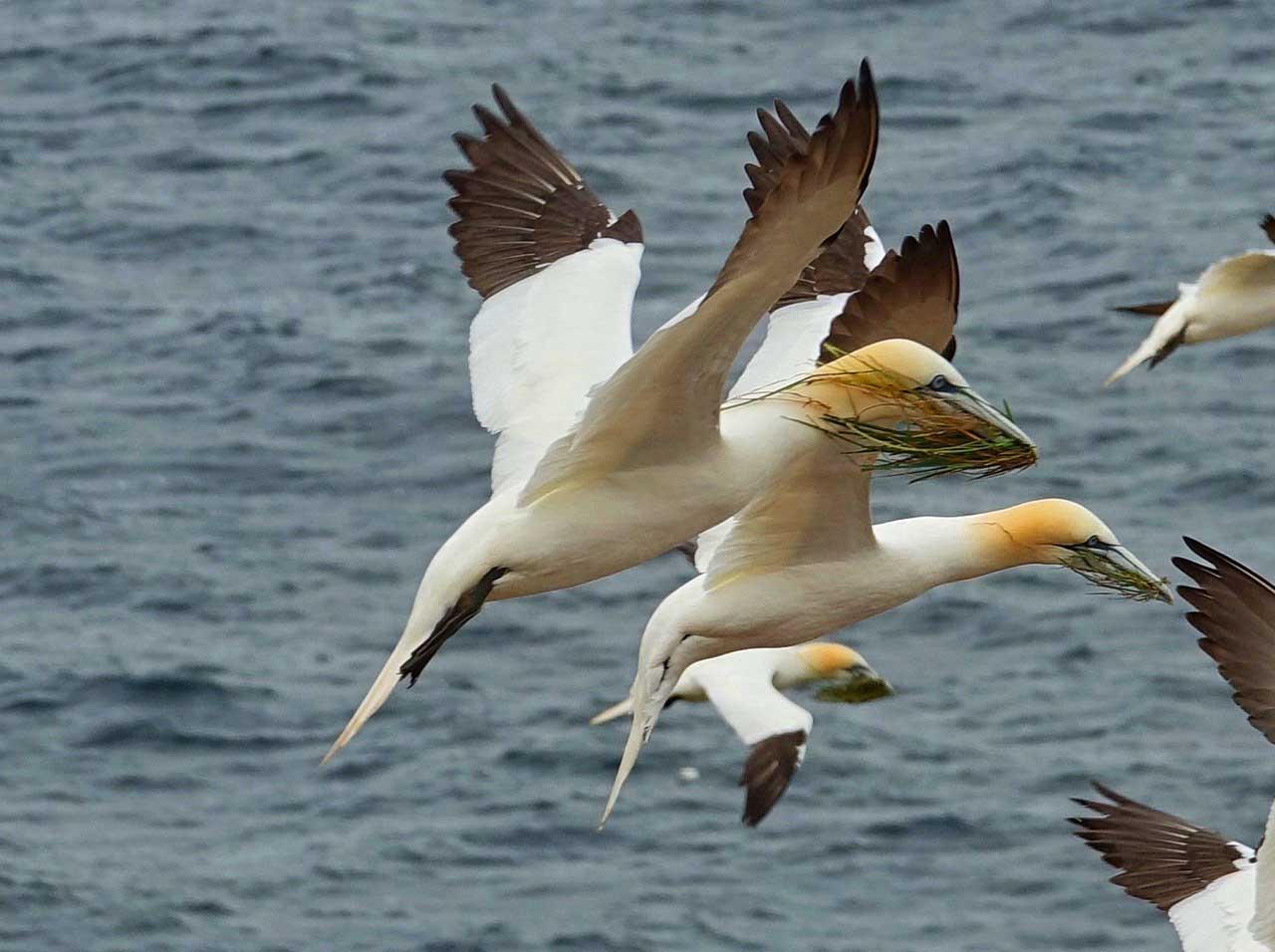 Watch birds at Cap-Bon-Ami, perhaps while waiting for your keen friends to finish their hike. This is a big and important colony of Black-legged Kittiwakes and if you look carefully you also see peregrine falcon, double-crested cormorants and razorbills

#4 – Watch for the world’s biggest whale. 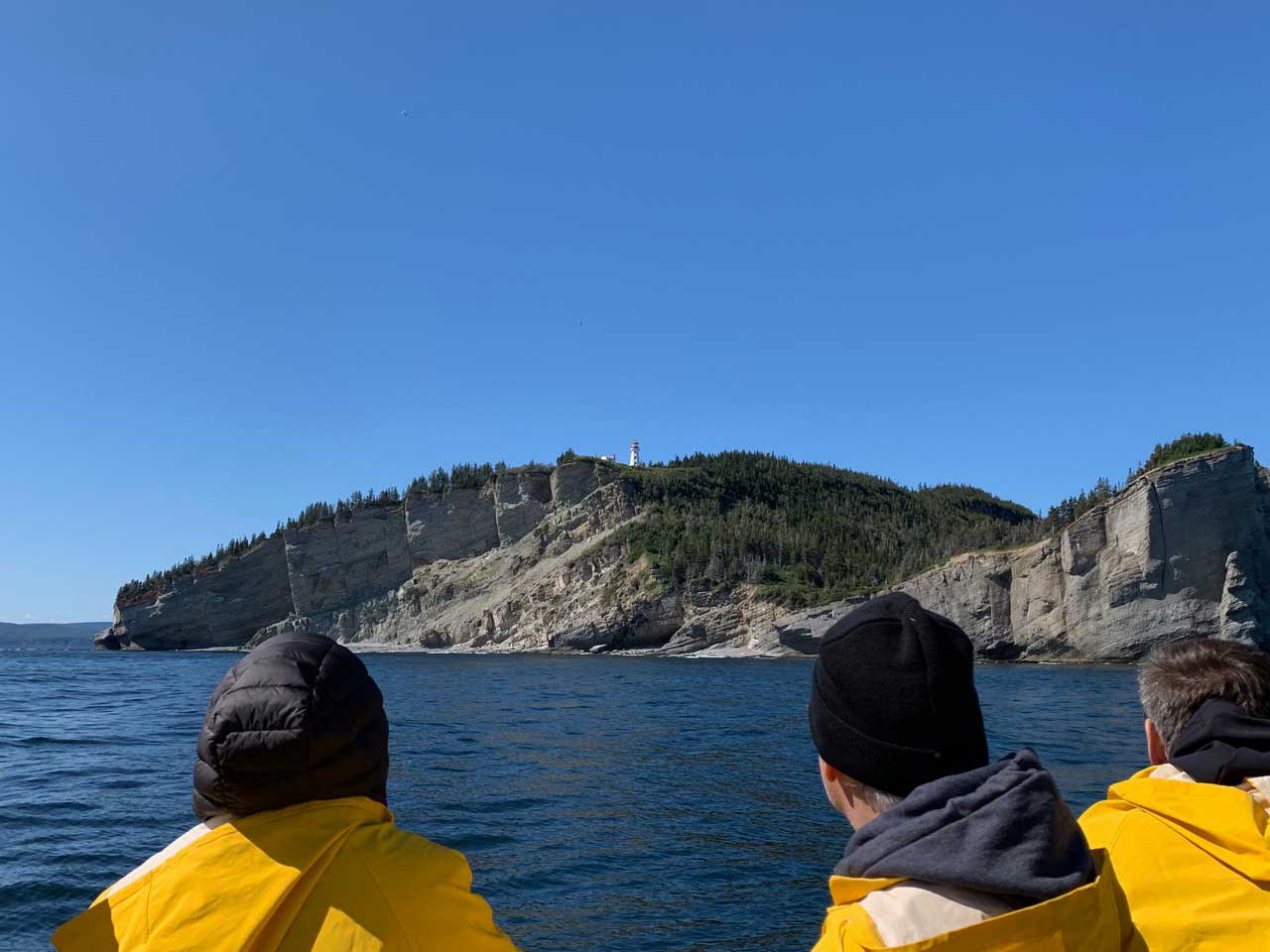 Hop on a whale watching boat and skim across water so deep blue whales might be spotted along with humpbacks, minke or fin whales. Croisières Baie de Gaspé partners with Parks Canada to take guests out on the waters around Forillon National Park. Morning is the best time to go before the wind and waves pick up. 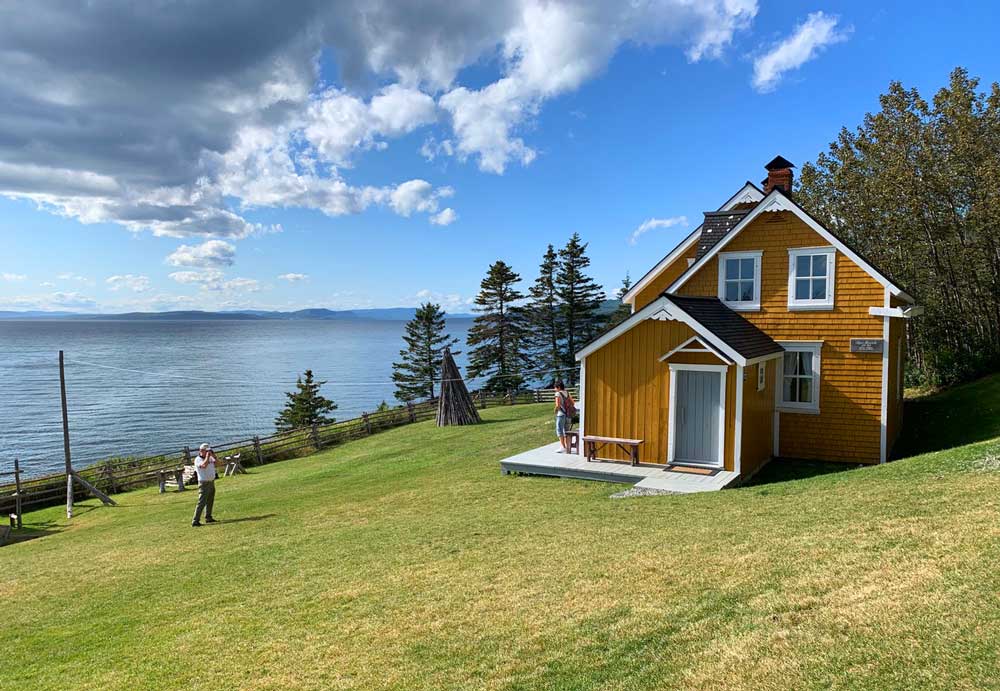 Relive history at the Grande-Grave Heritage Site and learn about the cod fishery in the Gulf of St. Lawrence, which was the main activity and the driving force behind the Gaspé economy for several centuries.
. . . . . . .

You won’t think you have the hardest job in the world after wandering the aisles of Hyman & Sons General Store and hearing how early settlers spent their year’s earnings for cod fishing eleven months before the next payday. It meant they spent their lives in a dreary cycle of fishing and paying back credit extended by the company stores. Farming could double your odds of survival but you’ll realize it doesn’t look much easier as you wander the exhibits at the Blanchette homestead.

#6 – Look for ghosts of submarines at Fort Peninsula. 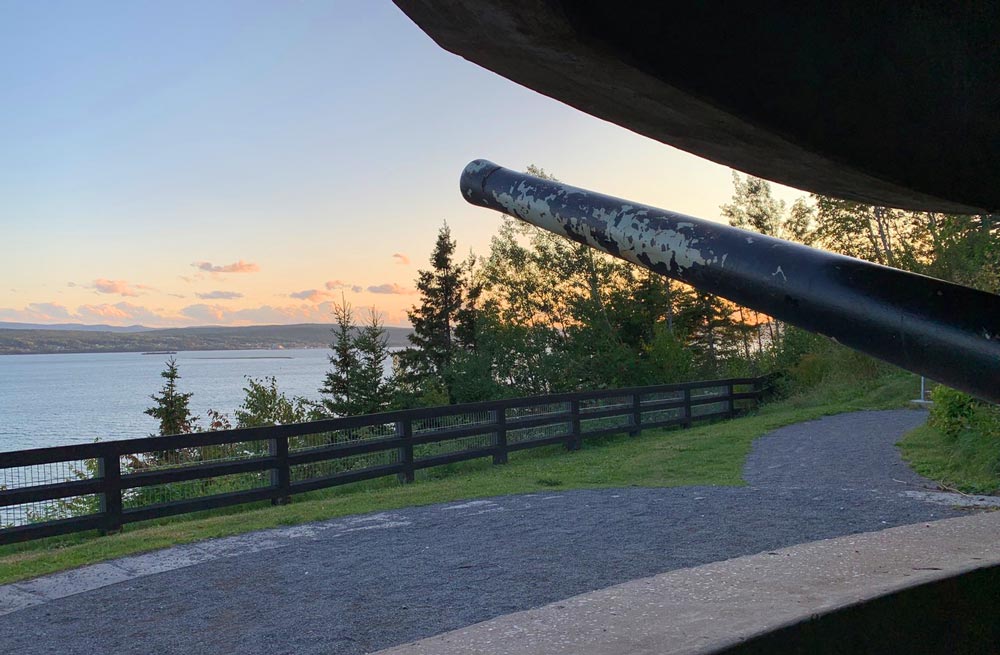 Give thanks at Fort Peninsula that you live in a free country. This is the only WWII shore battery that has been completely preserved and is open to the public in Quebec. German submarines skulked into these waters making Canada and its allies nervous. Some wonderkind came up with idea of putting an enormous anti-submarine net across the narrow bay to keep German U-boats out (hey, it worked). The battery had canons to bring more fight if needed.

#7 – Check into a Parks Canada oTENTik. 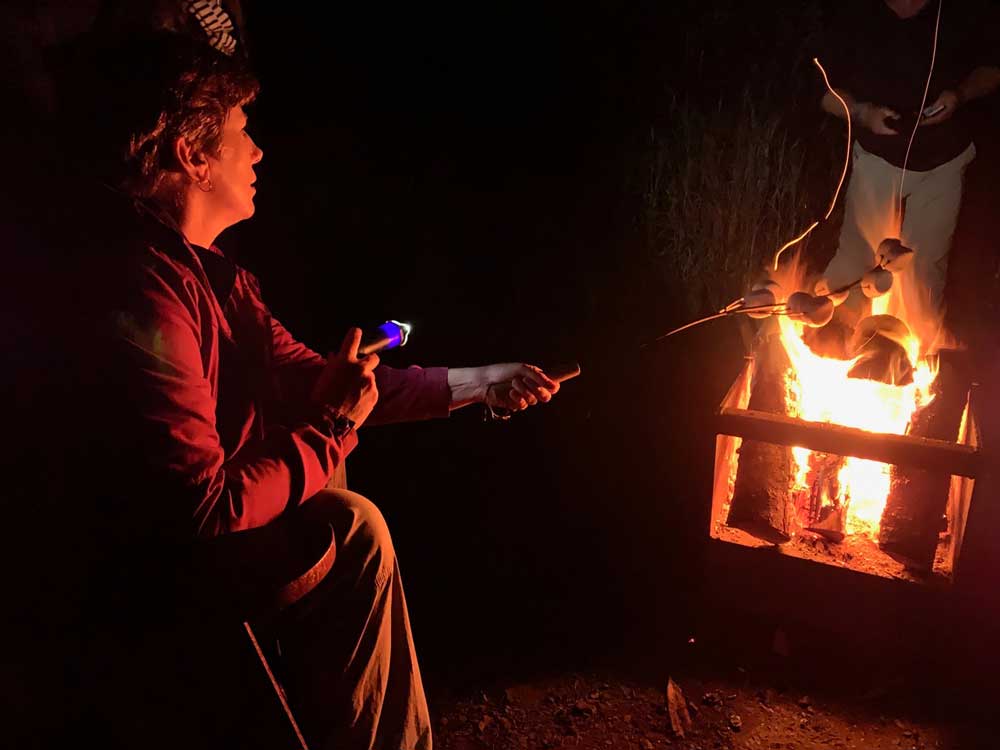 Check into Parks Canada’s “Glamping” options and find out what the heck they mean by oTENTik and MicrOcube.
. . . . . . .

At Des-Rosiers or Petit-Gaspé campgrounds these canvas and wood structures offer the ultimate in national park glamping. Bring your s’more ingredients and remember to look up at the dark skies. These popular accommodations book up early so reserve in advance. New this year is the micrOcube – as the name suggests it’s a box. But a box that keeps you dry and lets you (and your batteries) recharge. OTENTiks sleep six and the micrOcube sleeps two.

#8 – Find out how you recycle a beach at Cap-des-Rosiers. 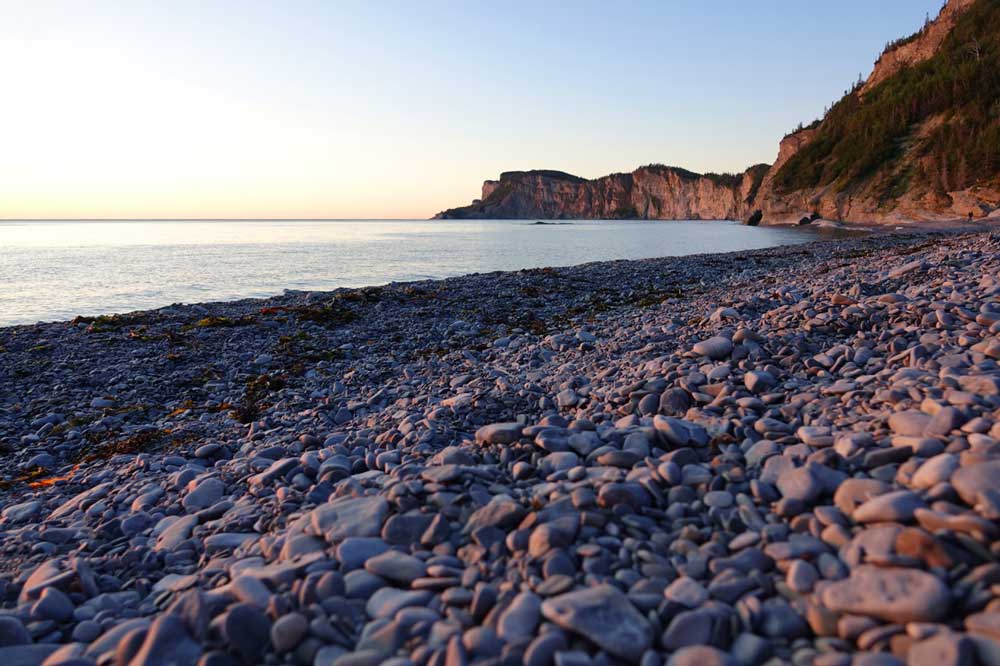 Erosion of Forillon National Park beaches is a concern for Parks Canada staff.
. . . . . . .

Erosion has always been a problem on the beaches of the Gaspé Peninsula but climate change is making it worse. Fearing their beaches might disappear totally, Parks Canada has set about repurposing their shorelines, changing the way space is used with a priority on slowing erosion rates. At Cap-des-Rosiers observers have seen sites with capelin eggs double in two years, upping your chances of seeing birds and whales in the area (capelin fish are important food sources for marine animals and birds)!

#9 – Chow down on some of Quebec’s best poutine. 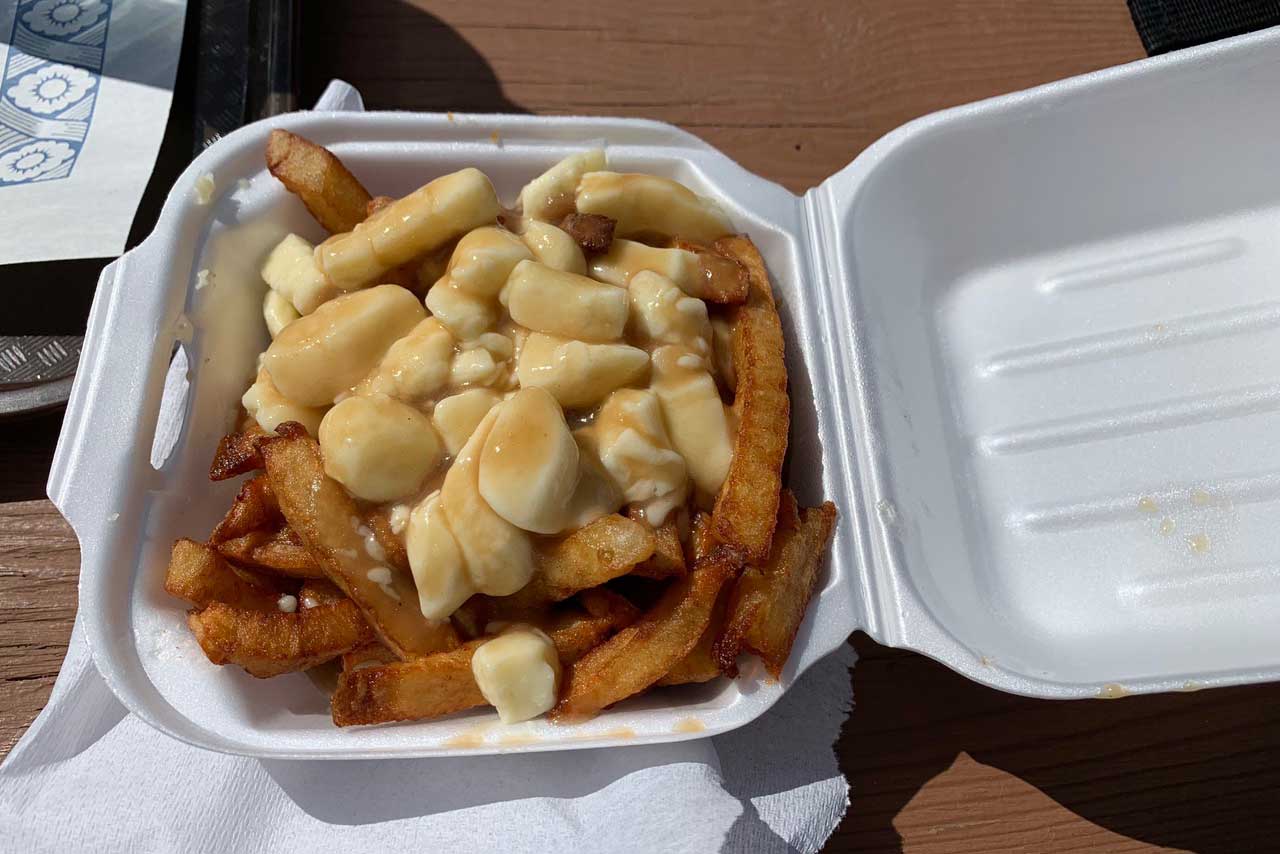 While marine animals and birds are chowing down on capelin fish, you can be nourishing body and soul with Quebec poutine.
. . . . . . .

Technically not in the park but worth the detour, poutine at Casse-croûte Jo-Ann in Gaspé town is worth the drive. This popular stop has poutine in every combo and a chance to share a picnic table with other fries and cheese-curd aficionados. 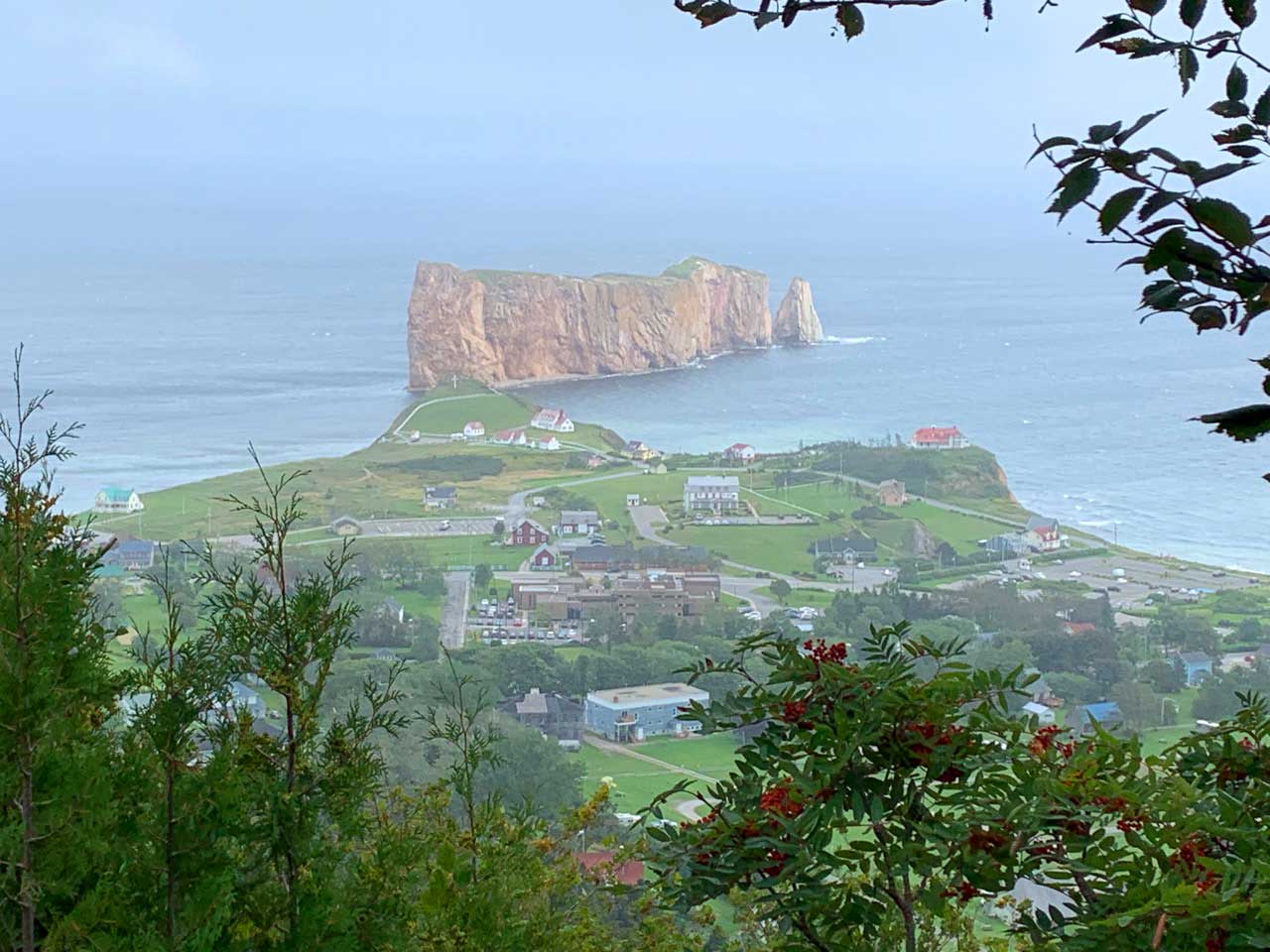 Check out the GEOPark view from a mountain-side glass-bottom viewing platform. Editor’s Note: The red berries and foliage in the lower right of the picture remind me of Richard Wagamese’s story of the mountain ash tree, Living Legends, from his book One Native Life.
. . . . . . .

Not in Forillon National Park, but the Percé UNESCO Global Geopark is worth a side trip. Only the third geopark in Canada and the first in French-speaking Canada, the geopark offers many sites with unique geology. See Canada’s most accessible Northern Gannet colony, a suspended glass platform perched high above Percé on a mountainside, and a multi-media rock (geology, not music) show.