For 44 years the professional performers and writers at the Blyth Festival in Huron County near Goderich have produced original Canadian stage productions that have been reproduced by theatres in 29 different countries. Across Canada this summer original Blyth productions are being performed in nine different theatres. 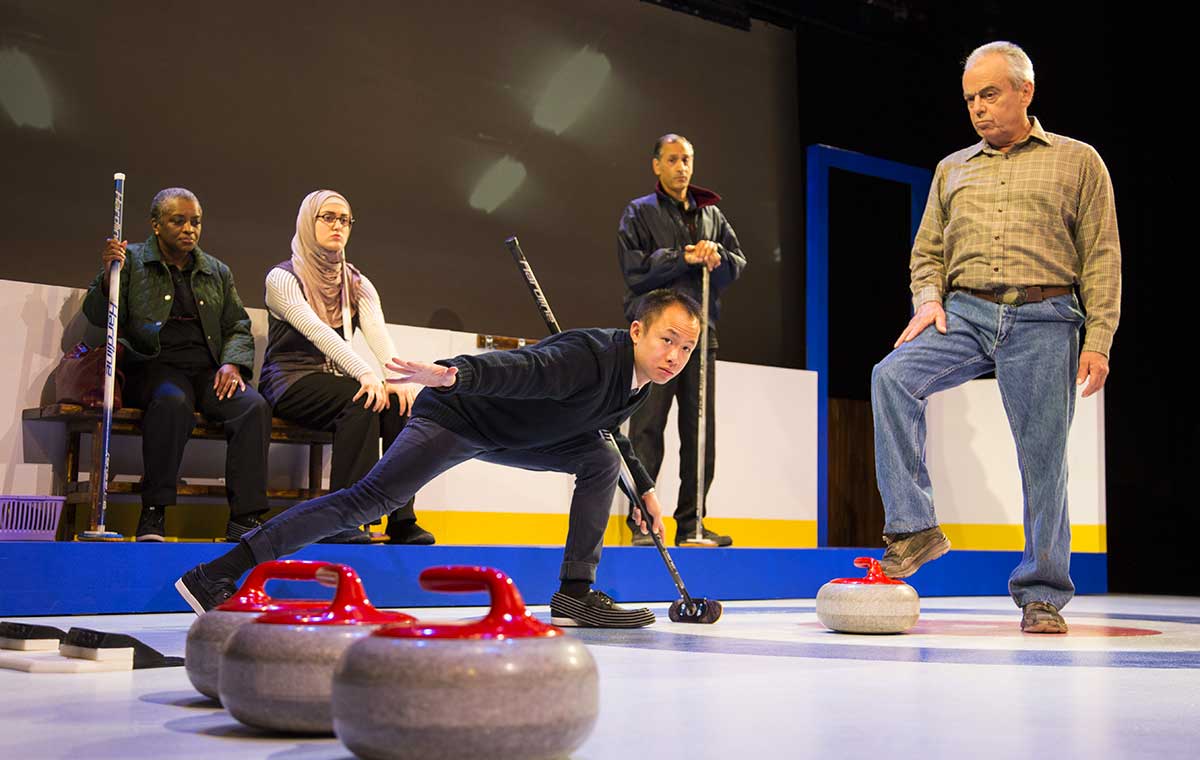 The New Canadian Curling Club, written by accomplished playwright Mark Crawford, will likely also get picked up by theatres across Canada. It’s just such a Canadian story.
. . . . . . .

A small town that is participating in a resettlement program for Syrian refugees opens a “learn to curl” program for new immigrants. Unfortunately, the lady who had the idea breaks her hip on the ice the day before classes start. So, her husband Stuart (actor Lorne Kennedy) a veteran curler, Zamboni driver and a bigoted, redneck grouch, has to take over.

The four immigrant curlers have never experienced ice before, let alone curling. We hear their personal stories while they try to learn the game from a bigot who doesn’t appreciate immigrants.

Actress Parmida Vand plays a teenage girl from Syria who fears her father will learn about her learning the sport. Omar Alex Khan is a tall engineer from India, Mathew Gin is a young man from China who speaks perfect English and Marcia Johnson plays a Jamaican women who has lived in Canada many years but never curled before.

Director Miles Potter has the actors throwing real curling stones on the stage. Potter has been directing at Blyth since it began in 1975 and recently directed Long Day’s Journey Into Night at the Stratford Festival. 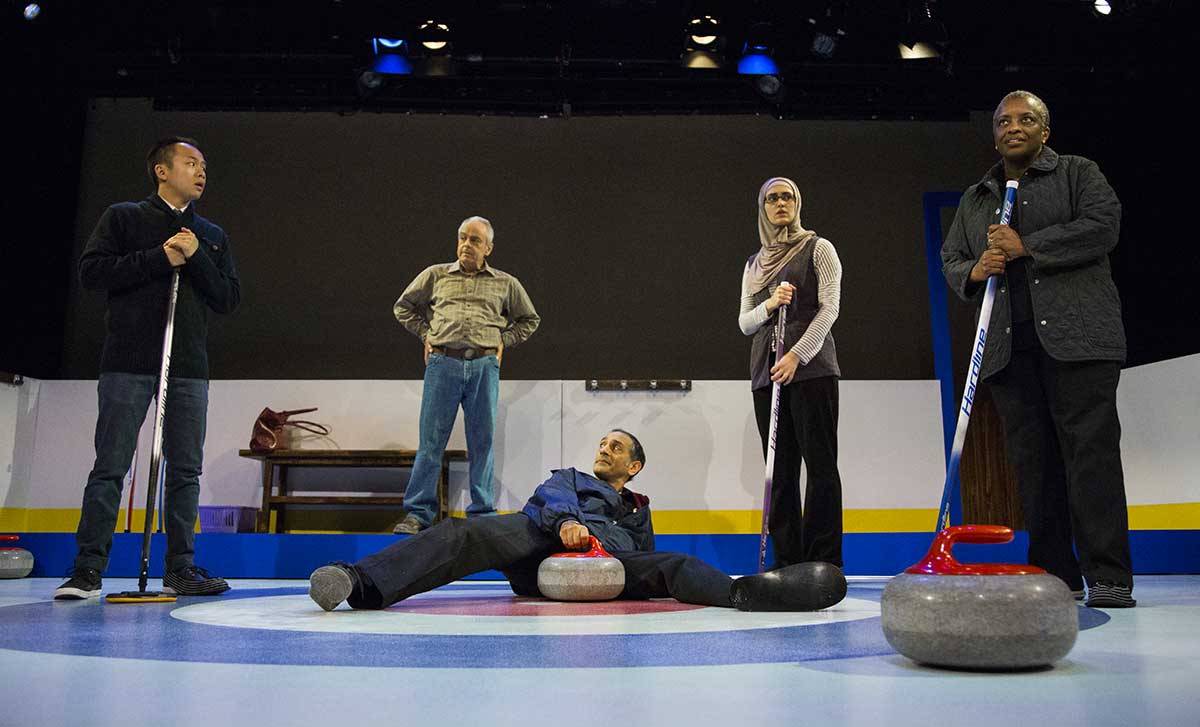 The New Canadian Curling Club – What happens when a small town opens a “learn to curl” program for new immigrants?
. . . . . . .

When Potter and other employees launched the Blyth Festival in an abandoned auditorium above the town hall, they had to sign an acknowledgment that the auditorium’s roof could collapse on them.

The festival quickly grew in popularity and with nearly $4 million in renovations in 2016 the 100-year-old building has become one of Ontario’s finest small theatres. It attracted more than 20,000 patrons last season. 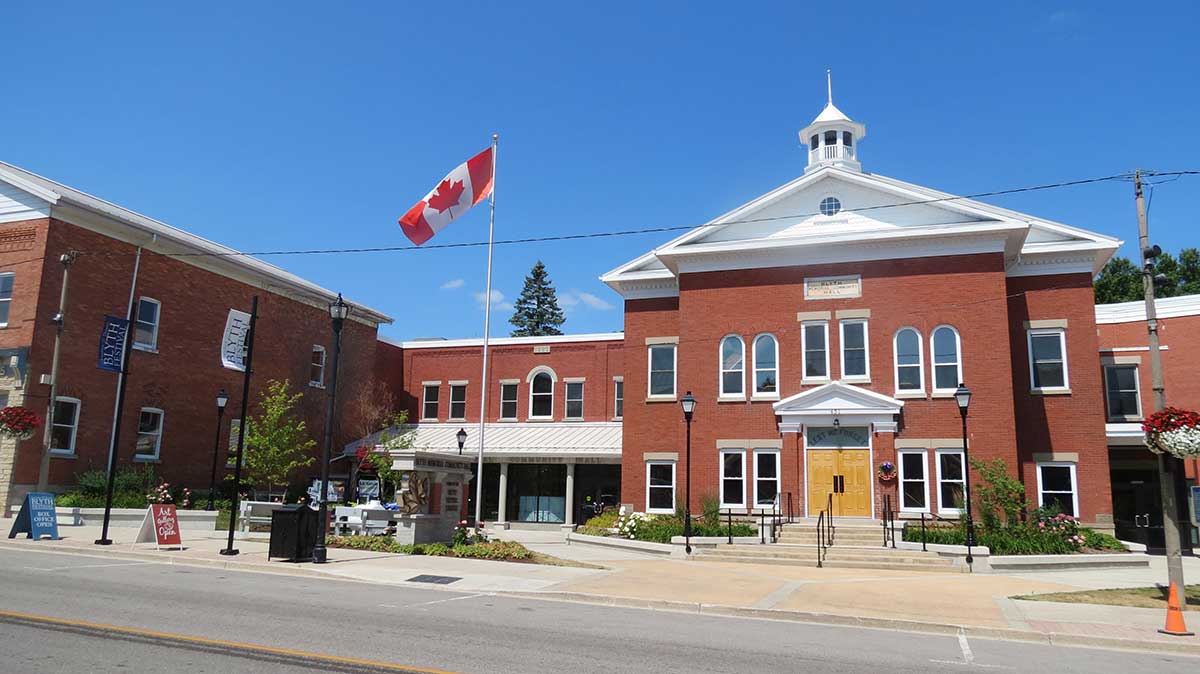 At the end of WWI, in commemoration of the sacrifices of local soldiers, the Women’s Institute in Blyth, Ontario, came together to raise the funds necessary to buy a parcel of land on the main street of Blyth, and erect a living cenotaph, the Blyth Memorial Community Hall. Rather than a bronze statue, or a marble monument, the people of Blyth chose to build a 500 seat theatre, celebrating the very culture that the young men in their community had died to protect.
. . . . . . .

Artistic director Gil Garrett, a Dora Award winning actor, said a play written and produced by him and fellow festival players – The Pigeon King – was sold out every day last year. It was brought back this May to open this season and closed on June 15. 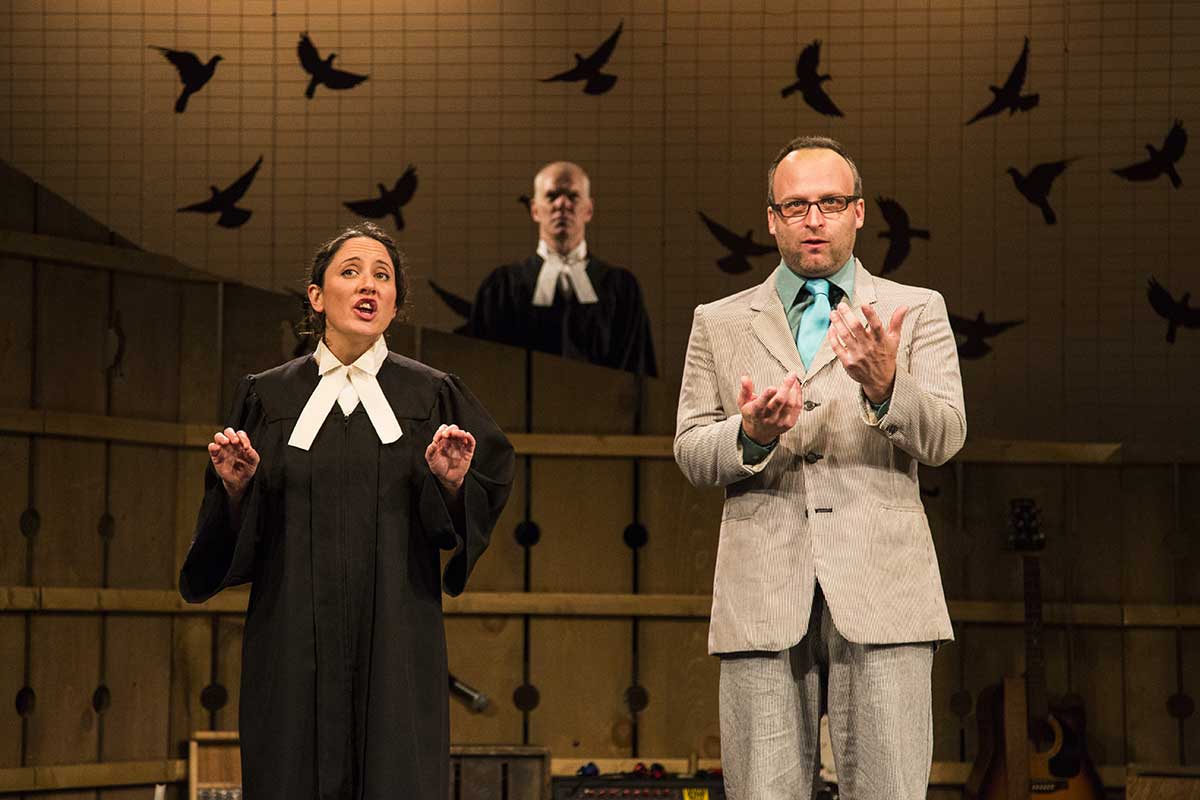 The Pigeon King will be performed at The National Arts Centre in Ottawa next year. It’s the true and bazaar story of Waterloo farmer Arlan Galbraith, now 71, who was sentenced to seven years in jail for a $20 million scam on Mennonite, Amish and Hutterite farmers who invested in a scheme to raise pigeons to compete in pigeon races in Saudi Arabia and Eastern Europe.

Garrett, who played Galbraith, said he read about the scheme in a long feature article in the N.Y. Times Magazine. 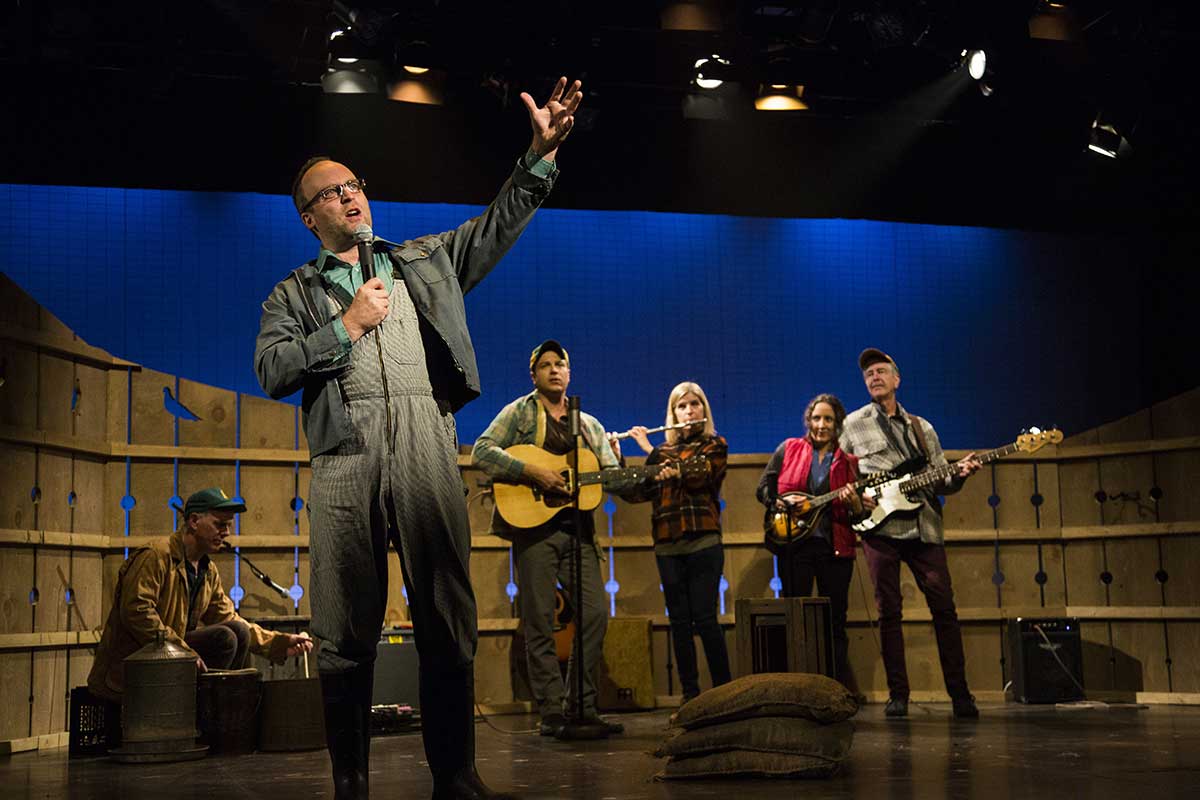 The Pigeon King is based on a true story – Finally convicted of fraud in a Waterloo Court, Arlan Galbraith was sentenced to seven years for his preposterous Pigeon Ponzi scheme.
. . . . . . .

Blyth Festival, 68 kilometres west of the Stratford Festival and 28 kilometres northeast of Goderich, produced five original Canadian plays and musicals for the current season. One of the plays, with music, is Judith: Memories of a Lady Pig Farmer, based on a novel by Aritha van Herk about a young woman who quits her office job and her boyfriend in the city to become a pig farmer.

More details are available at www.blythfestival.com.