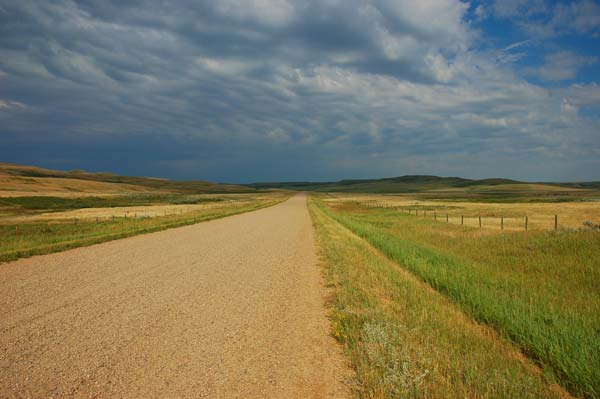 Even though we’re big travelers of Canada, there’s still plenty to see. Canada is so big and the average vacation so short ( 2 weeks) that it’s difficult to cover a lot of ground. One way to do it is a fly-drive. 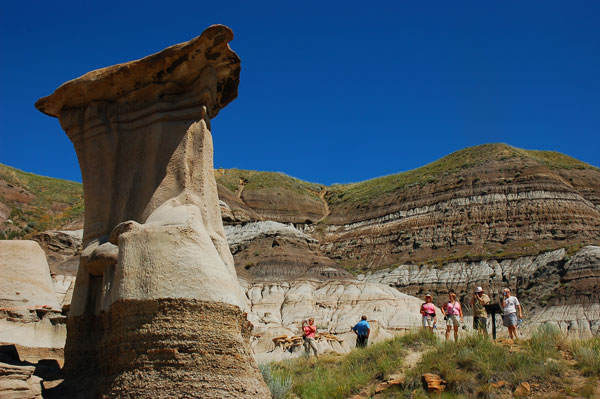 A 4-hour flight west from Toronto will put you in Calgary. A car rental and an hour later and you’re in southeastern Alberta, a landscape so foreign from central Canada that a travel writer from Toronto described it as reaching out and slapping her. 63 municipalities have coined it the Canadian Badlands and aim to make it Canada’s next iconic travel destination (just like the Canadian Rockies, an hour west of Calgary).  From a road trip perspective, we think it’s already there.

The massive prairie landscape is intersected by river valleys with hills that look like giant beehives. The valleys are part of a prehistoric sea that once occupied a good portion of North America. Wind and water have stripped away the sandstone and they’ve revealed something else. Dinosaur fossils. Millions of them. Two places to learn about the biggest finds are Dinosaur Provincial Park, a UNESCO World Heritage Site, and the Royal Tyrrell Museum, the world’s largest devoted to palaeontology.

If you love driving but hate traffic, this is the place. Armed with an Alberta road map and GPS, we crisscrossed the region by paved and gravel road, sometimes not seeing another car for the better part of two hours.  Gas stations are scarce though. So are corner stores and other things that we take for granted in the city. Topping off the gas tank and having lots of drinking water in the car quickly became necessities. 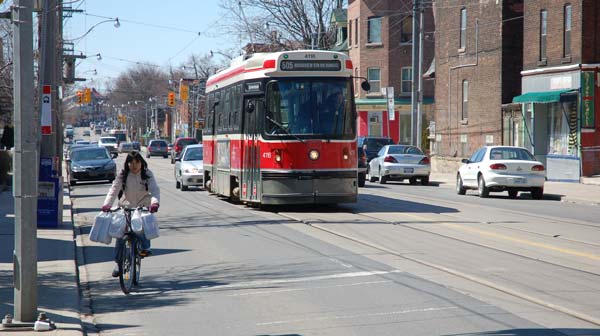 On the Trans-Canada Highway west of Brooks, Alberta