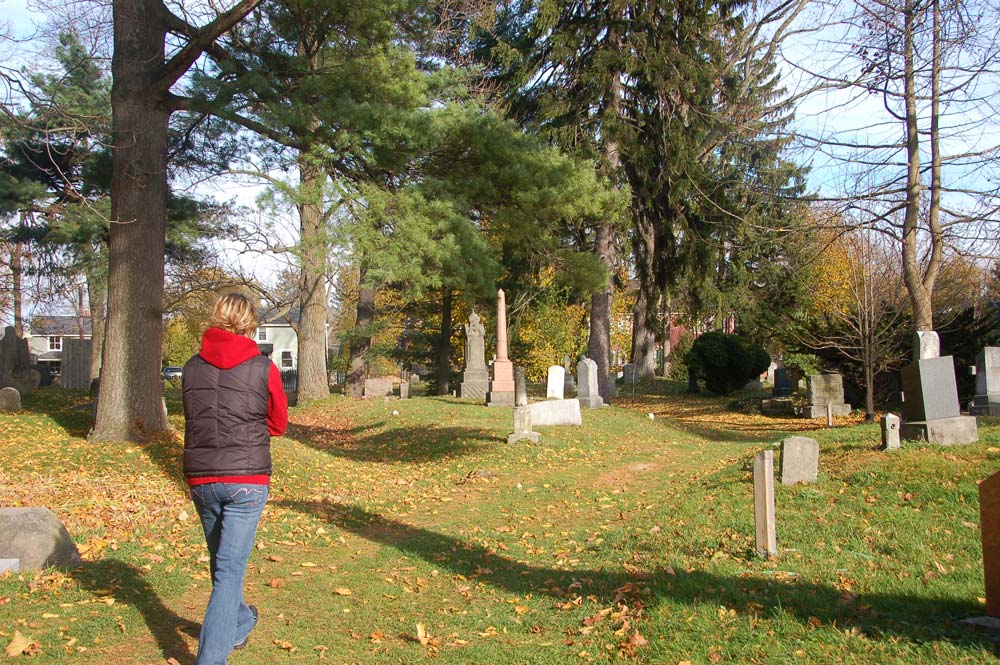 We started with a visit to historic Fort George on the west side of Niagara-on-the-Lake. 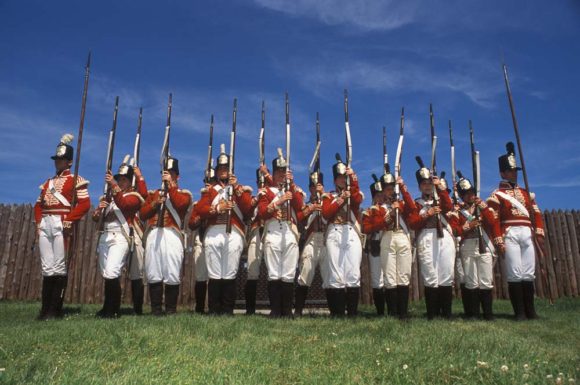 Long before confederation when the Province of Ontario was Upper Canada, Fort George was the headquarters for the British Army. During the War of 1812 between Canada and the US, the fort and the town were occupied by the US Army. Hundreds of young American soldiers died at the fort, victims of poor sanitation and a lack of understanding of the importance of personal hygiene. Many are buried in unmarked graves. Naturally, the combination of an old place with a dramatic past combined with the fact that it is the last resting place for a number of men, have given rise to tales of shadowy figures and other ghostly phenomena. Stories of unexplained experiences are repeated to visitors on special candlelit “ghost” tours. Whether the power of suggestion at night is strong or there really is some sort of manifestation is left to the visitor to decide. Kelly and I didn’t see or hear any sort of supernatural presence but the fort definitely has an eerie feel especially by candlelight. 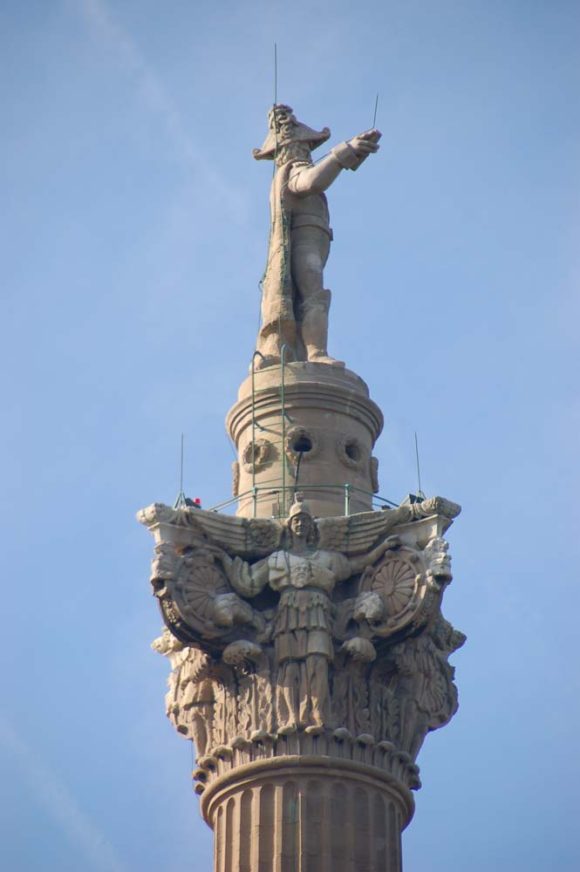 We retraced the footsteps of early Niagara residents who figured prominently during the war. General Brock who led British and Loyalist troops into battle at Queenston Heights, and was mortally wounded and later buried with his aide-de-camp, MacDonnell, in a massive tomb at the battle site. We found war heroine Laura Secord’s grave in Niagara Falls and her former home in the little hamlet of Queenston between Niagara Falls and Niagara-on-the-Lake. In 1813, she and her niece walked miles to warn British and Loyalist forces of an American invasion. We also looked up John Shipman, a possible ancestor of Kelly’s and an early Niagara resident. Shipman had a tavern and inn at Shipman’s Corners (now the City of St. Catharines). Secord and her niece apparently stayed here overnight. Sadly, the tavern is long gone but we did find Shipman’s grave in a St. Catharines graveyard. 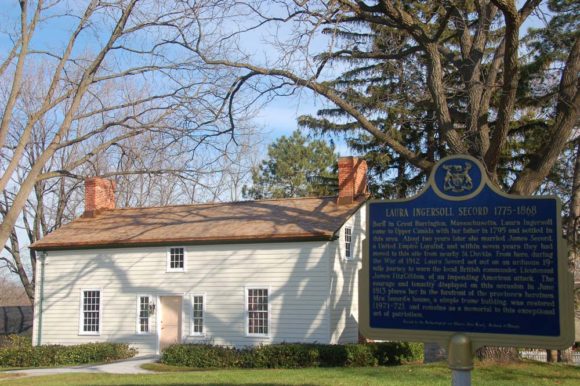 The best part of our visit however was a chance meeting with a parishioner in the old graveyard at St. Mark’s Church in Niagara-on-the-Lake. St. Mark’s, founded in 1792, has a remarkable history associated with the War of 1812. Ontario’s oldest Anglican church was used as an army barracks when the US army occupied the town in 1813. The elderly parishioner told us a remarkable story of how the Americans after they destroyed Fort George and were occupying town, dug rifle pits in the church graveyard. The pit contours are still visible in the ground over two hundred years later. Then she took us over to a giant tomb lying lengthwise in the graveyard and showed us old knife gashes across it. Church historians believe this is where the army cooks slaughtered local cattle for food.

Before the Americans retreated to their side of the Niagara River, they burned the town to the ground, leaving just one house and a lighthouse still standing. 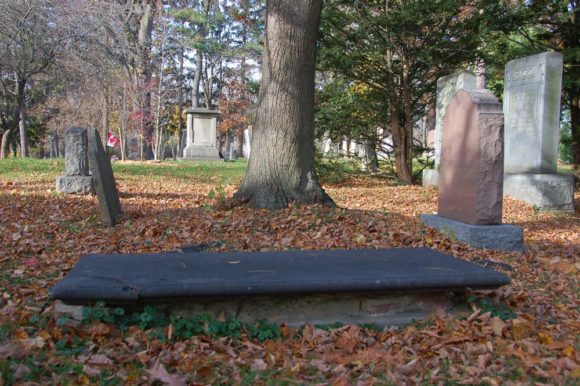 So, is Niagara-on-the-Lake Canada’s most haunted town? Well, let’s just say its rich history combined with some entertaining candlelight tours make it an appealing town for ghost-hunters and history-lovers.