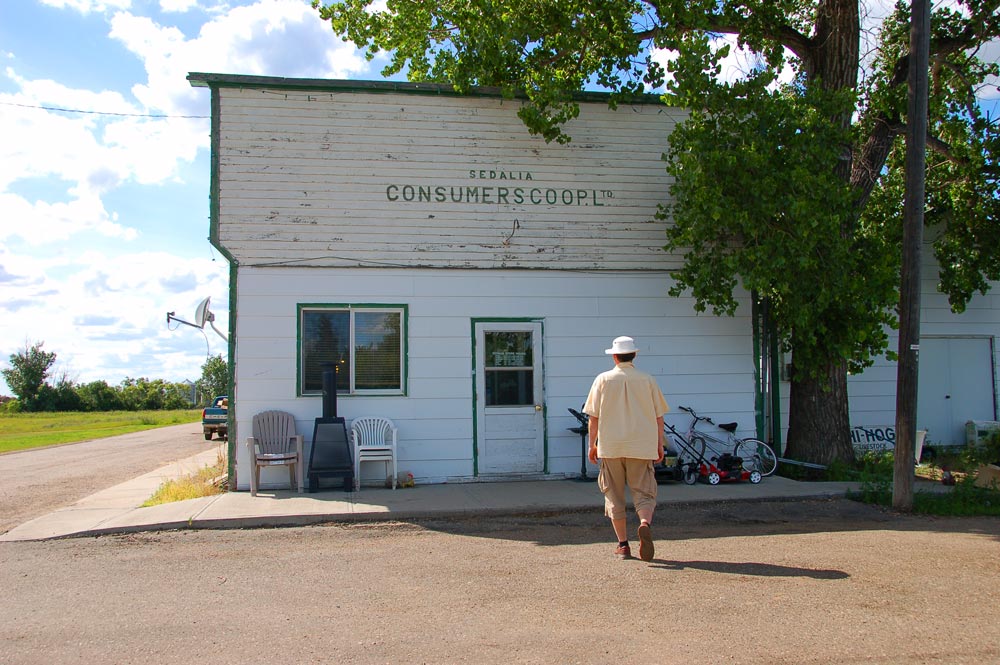 In Halkirk, Alberta, Canada, not far from Big Knife Provincial Park, you’ll find the Halkirk Snack Shack. It’s the local general store. Halkirk is like many towns in this part of Alberta: tiny, with a population of just one hundred and seventeen. Thirsty and needing a snack on our road trip through this part of the Canadian Badlands, I visited the store while Glenn checked out the Halkirk Hotel. My snack choices turned out to be pretty limited but the back of the old store was a real find. Amid all the second hand stuff I discovered some great old fishing lures, Redcliff and Medalta pottery, and a mint-condition Edison Fireside Gramophone. There was also a kick-butt old wooden counter which I immediately fell in love with and, I asked about its origins. “From the old general store that closed in Botha”, the gal at the cash told me. Bummer, I thought. Another one bites the dust.

The Halkirk Hotel, aka “the Pearl of the Prairie” is right next door to the old store. Built in 1910, it’s been refurbished and is up for sale. We’re hoping it finds a good owner who understands this region’s roadtrip potential. I’d stay there if I was going through here again. The place has real wild west appeal and its saloon serves good homecooked meals and cold beer. 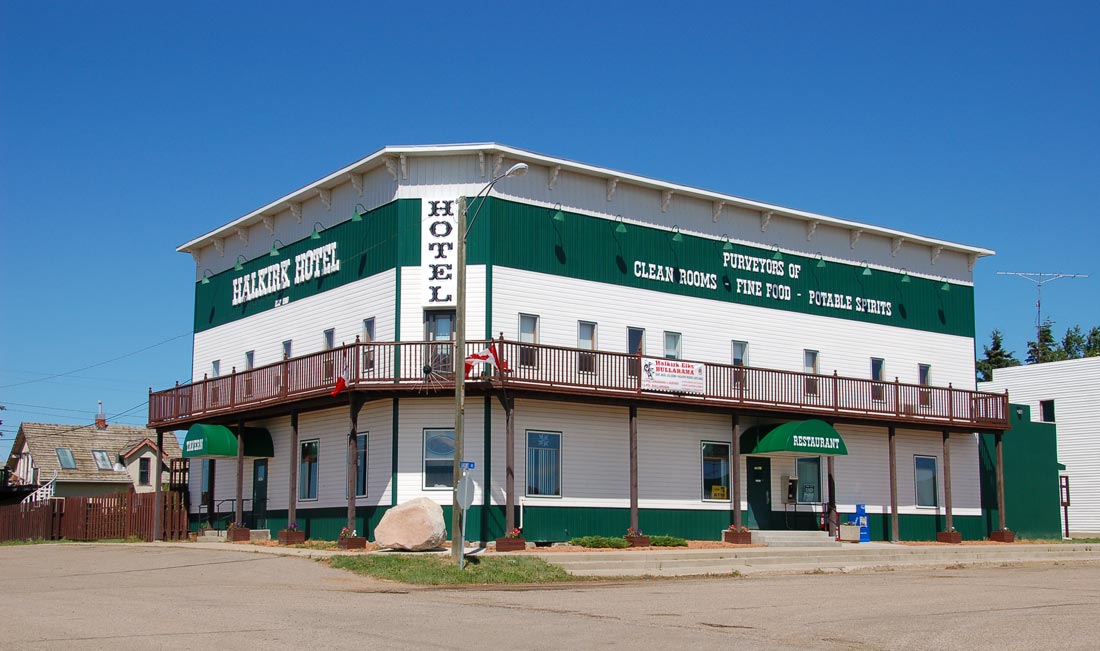 On the same roadtrip, we later stopped at the Sedalia Co-op, the only store in Sedalia, Alberta. This place sells everything under the sun from fan belts to camping equipment to groceries. You name it, they have it. We sat and chatted with a couple of friendly folk here. Just when a young family of four walked in, Glenn was asking one of the guys what the population of Sedalia was and the guy quipped,

“Half the population of Sedalia is in this store right now”

and he wasn’t kidding. 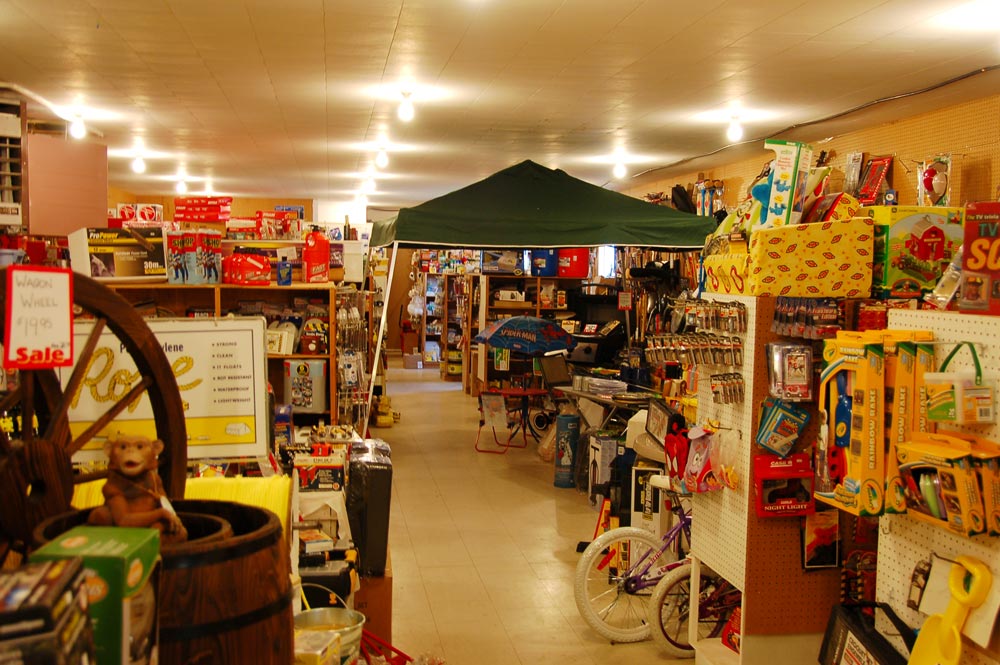 There are very large areas around here called the Special Areas, which I think may be unique to Alberta as far as Canada is concerned. The three Special Areas total about 2.1 million hectares of southeastern Alberta. First established in 1938 due to extreme hardship of the drought years of the 1930s, they’ve more or less remained intact to the present day. Total population now is only 5,300 so, you can see why I wax poetic about the lack of traffic and light pollution and the abundance of wildlife in this part of the world. In fact, just south of Sedalia, I snapped this pic, one of several deer we saw on our way to Cereal, about 40 minutes south. This sleepy community is home to the Gurlitz kid, a bullriding champ who Glenn and I saw ride at the Oyen Bullarama.

If you have a favourite old store in your part of the world, we’d love to hear about it.

Leave a Reply to Valerie A. Vanderberg Cancel reply