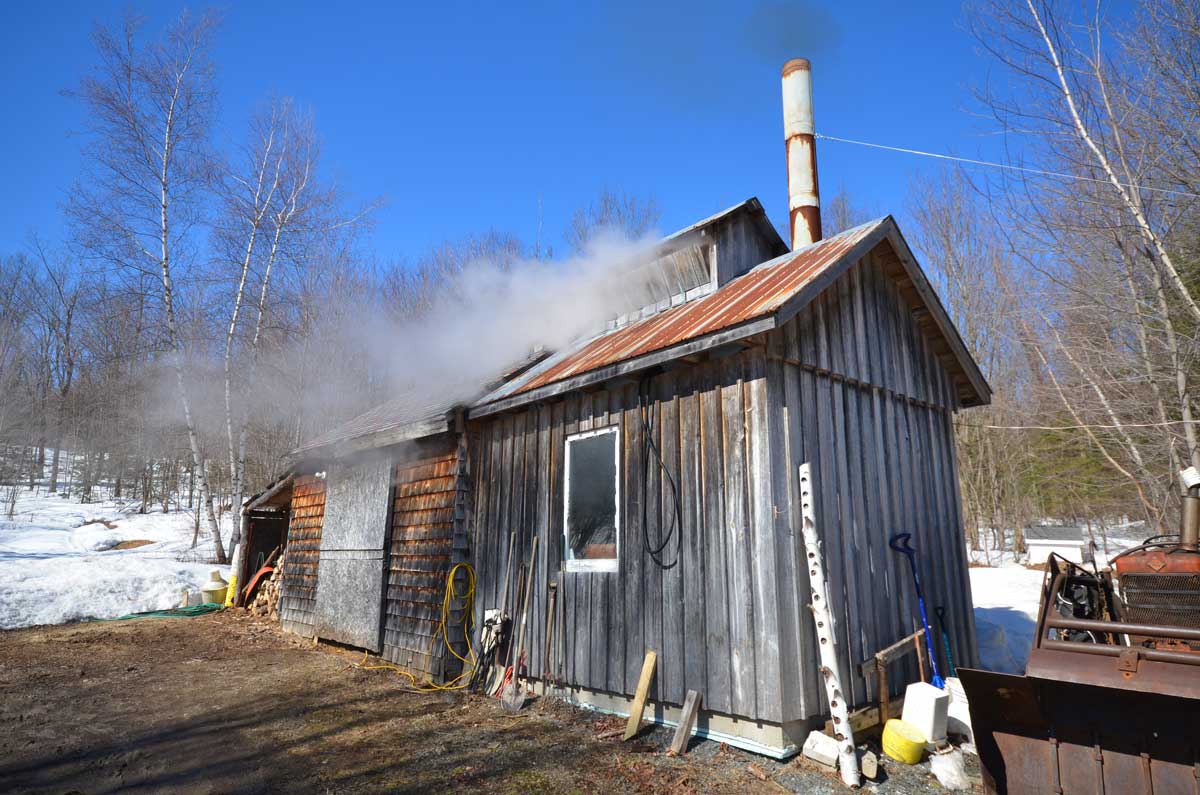 My buddy Willis does a little syrup on the side…
…….

Every year in late winter, as soon as the sap starts to run in the sugar maples, Willis has a couple of hundred gallons of the clear, runny liquid delivered in big plastic containers so he can boil it down into maple syrup. He’s been performing this springtime ritual for more than 70 years. Nowadays he boils in his little “caban” behind his house in “the bush”.