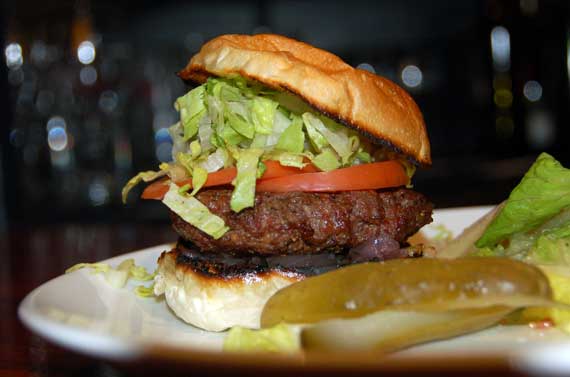 Shakey’s is west of Runnymede Avenue on the south side of Bloor in Toronto’s Bloor West Village, a ‘hood’ with deep European roots. More bistro than sports bar, what drew my attention to Shakey’s is its Toronto Maple Leafs history, decent food, bounty of flat-screen TVs, and its owners’ family connection to Toronto’s hospitality industry. All a good fit for a Roadstories post about people, places and things.

Shakey was Mike Walton’s nickname. Walton played centre for the Toronto Maple Leafs when the team won its last Stanley Cup way back in 1967. When Walton retired from hockey he opened Shakey’s Original Bar & Grill, one of the first bars in the village, which for many years ran dry. 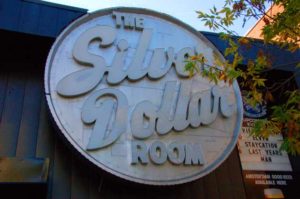 Rob Lundy owns present-day Shakey’s with his brother Chris, Shakey’s chef. Their maternal grandfather once owned one of Toronto’s most famous clubs, the Silver Dollar. He also turned the Stardust Hotel and Lounge into the original Drake Hotel back in 1949.

The Lundy brothers have not forgotten Shakey’s hockey roots. Lots of Leaf memorabilia here. Black and white photos of early Leaf glory days hang on the walls. There’s the 1967 Maple Leaf Stanley Cup winners parading down Yonge Street and Walton squaring off with Gordie Howe at the old Maple Leaf Gardens. Even a couple of Habs photos hang by the entrance, a nod to Hab fans in Toronto, I guess.

Then there’s the food. The Lundy brothers have created a place that attracts its fair share of sports fans but not exclusively. When I was there last, more women than men were having lunch and when I went back for pictures, a dad and his two daughters and a young couple with an infant were among those ordering dinner. Chris, who trained at Vancouver’s Pacific Institute of Culinary Arts and worked at Toronto’s Crush Wine Bar, the former Lemon Meringue and Montreal’s Garçon and Club 357c , told me his biggest challenge was getting to know his customer base. Initially, he wanted a finer dining menu but he quickly realized that his best plan was still to offer pub fare. The big difference is that just about everything here is now made from scratch or sourced from the village, including what you see on the kids’ menu. We tried Dave’s Organic Burger washed down with a Mill Street draft. Made with Rowe Farms organic ground beef, it came highly recommended and didn’t disapppoint. Other big sellers include Chris’s homemade fried chicken, fish and chips, nachos, and his soups which are mostly vegan. Fish for the fish and chips comes from a local Bloor West Village supplier and outside of the Polish pickles supplied by a Polish shop on Bloor West, most condiments, including the mayonnaise, are made in-house. 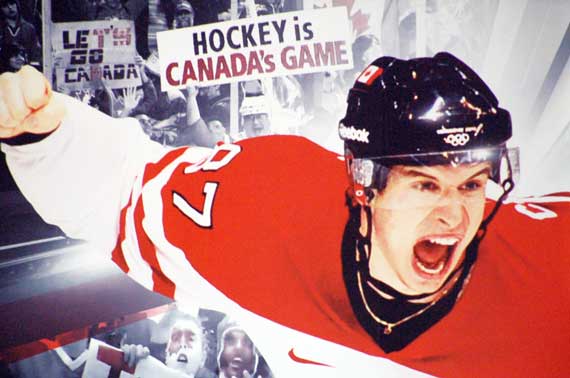 The game was televised. The beer flowed and the burgers flew off the grill at Shakey’s.

Got a favourite place in your part of the country to watch Canada’s national game? We’d love to hear from you. Go Habs Go!

Previous
Fall birdwatching on Lake Erie
Next
Halloween across Canada