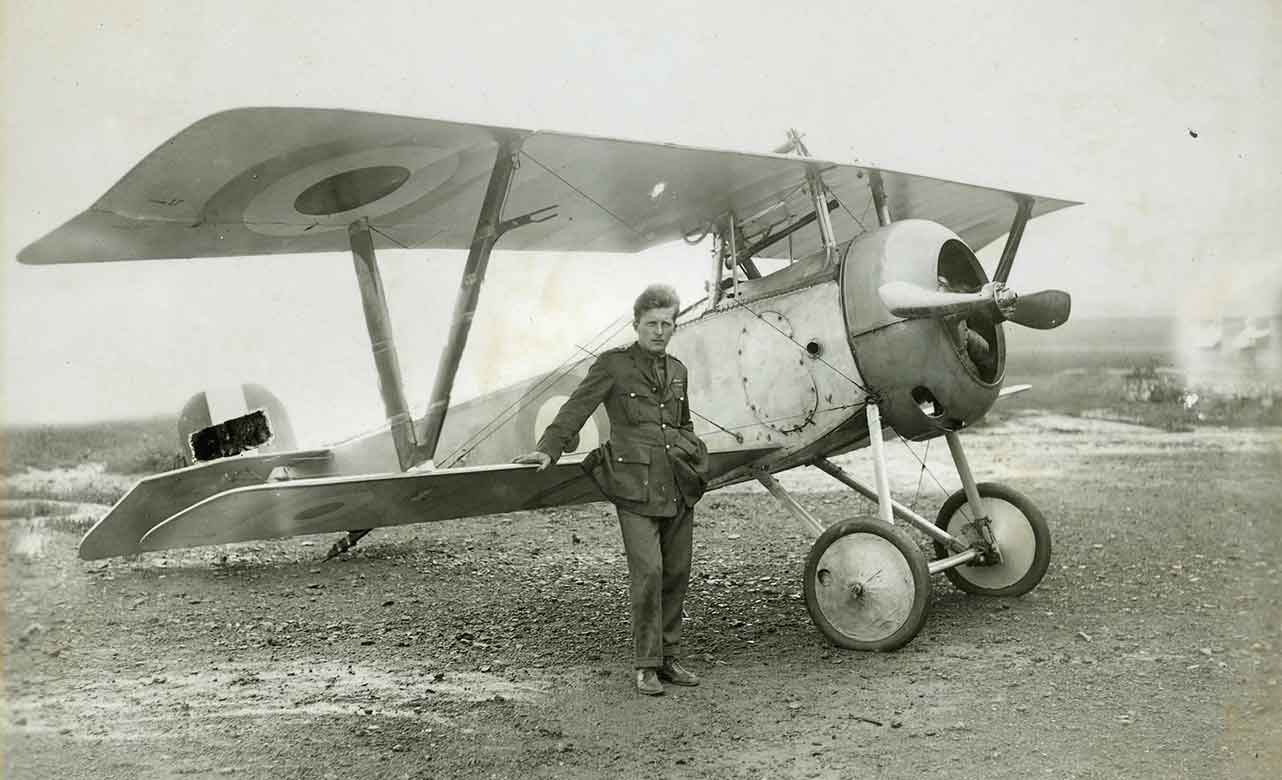 It was 100 years ago, on a Thursday, that Billy got the letter telling him to pack his bags; you’re going home.
…….

A fighter pilot’s life expectancy on the western front during World War I was 11 days and Bishop had been engaged in aerial dogfights for six months in 1917 and three months in 1918.

He was a famous flying ace and the Canadian government and Allied commanders feared his death would significantly dampen the moral of their troops. They wanted him out of harm’s way. 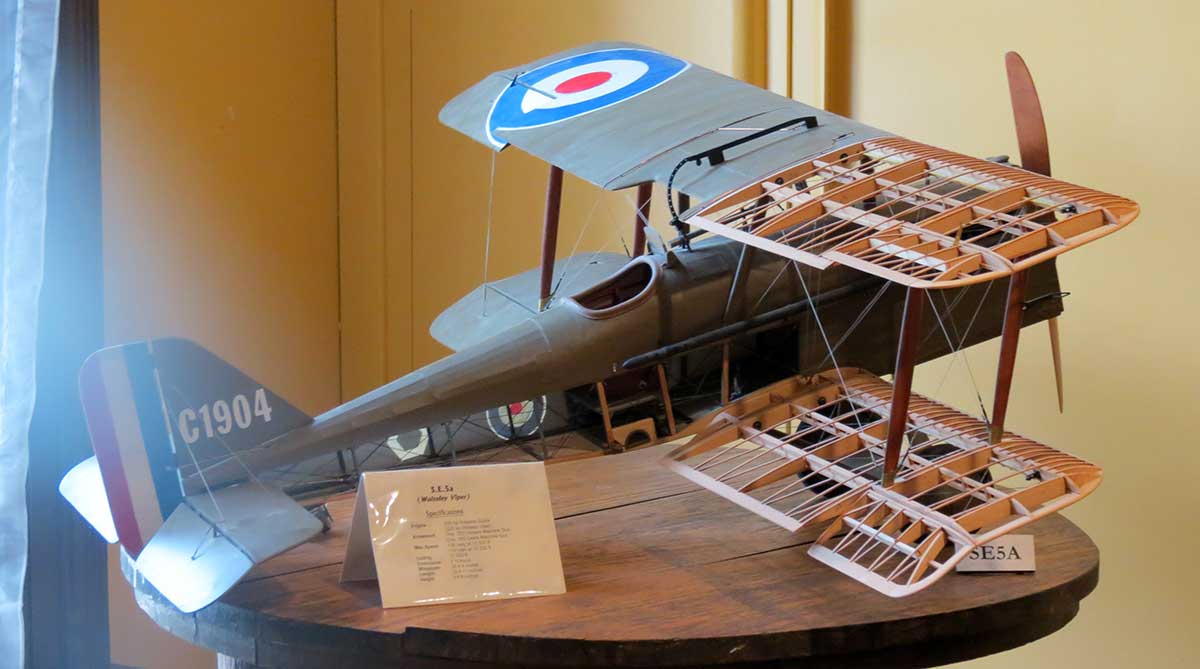 Bishop’s transport to Britain was leaving at noon the next day, but he wanted one more adventure in a real cockpit before flying a desk back in London. He made a solo flight over the trenches of France that last morning and within 15 minutes he shot down four more enemy aircraft – bringing to 72 the total he had downed in combat.

You can read about how Bishop became the Allie’s most famous fighting ace on the walls of his boyhood bedroom in Owen Sound, Ontario. 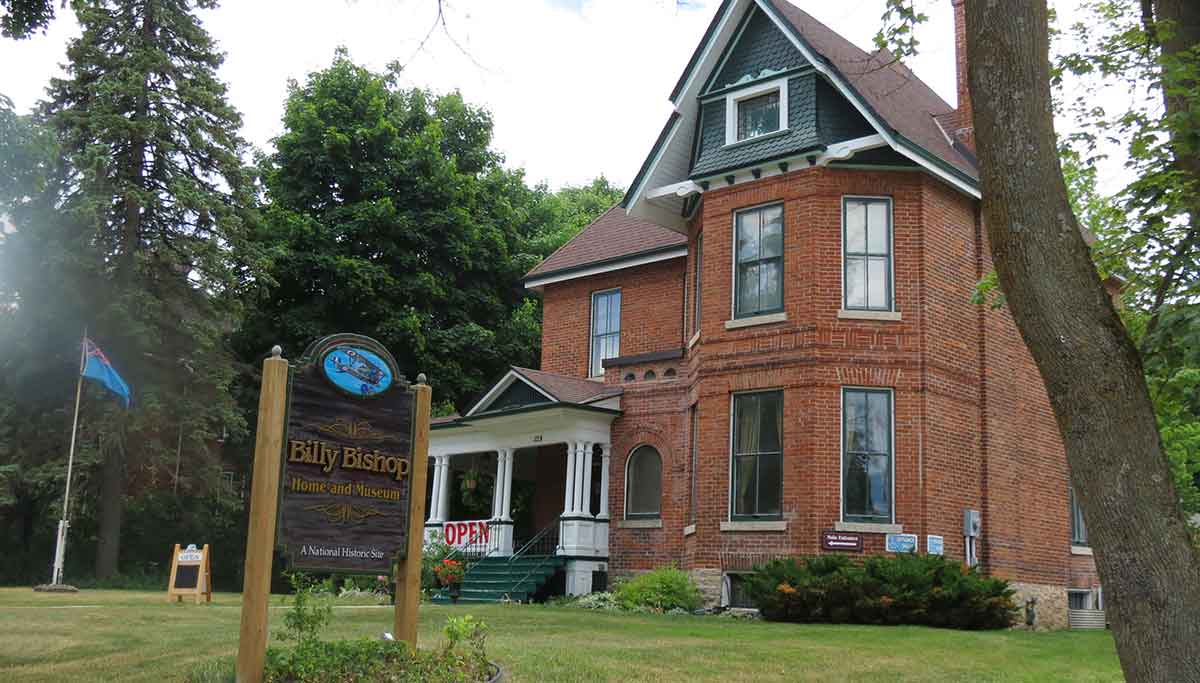 The large three-story home where he grew up on 3rd Ave. in Owen Sound is a National Historic Site and the Billy Bishop Museum. Next door to the Bishop home is another impressive three-storey home and it was the U.S. consulate in Ontario. Owen Sound was Canada’s busiest harbour and a principal connecting point to the United States when Bishop was growing up in that town. 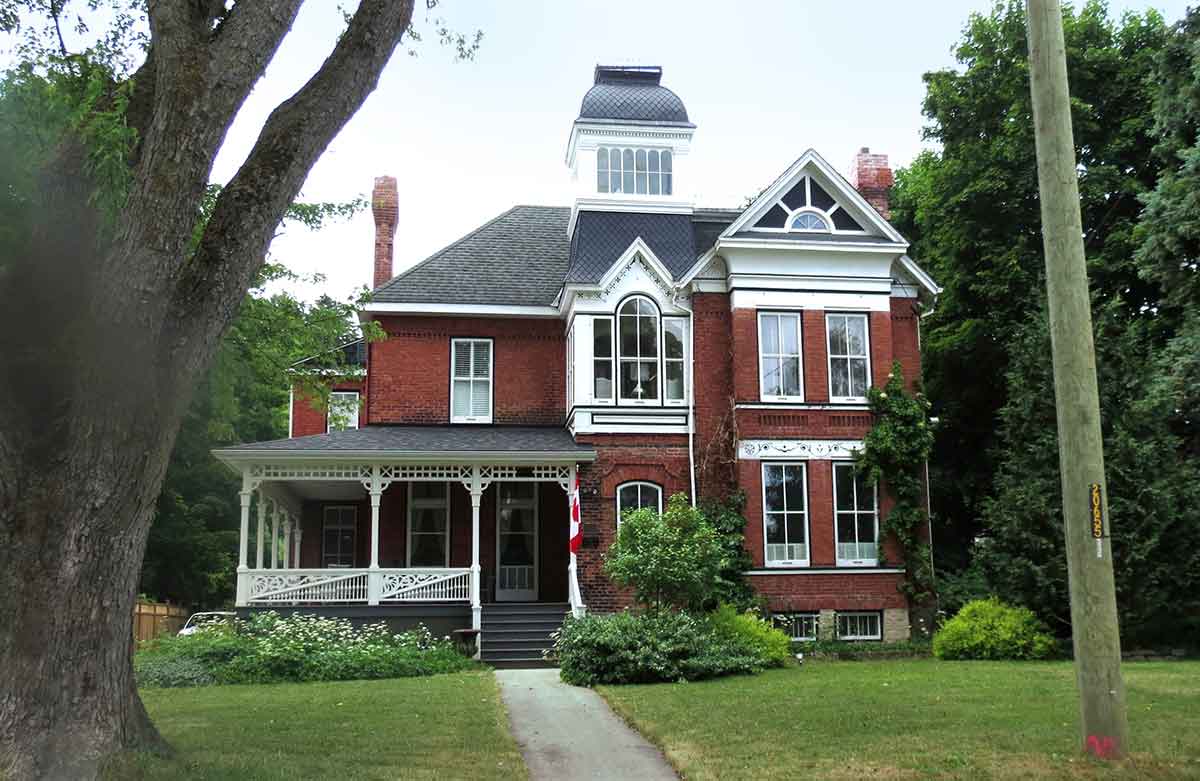 His father was a prominent lawyer in town, but his son showed no interest in achieving anything in school. However, he did build his own airplane at age 15 using cardboard, wood crates and string and launched it off the roof of his three-storey home.

Bishop survived that crash and others later in France that occurred behind enemy lines. 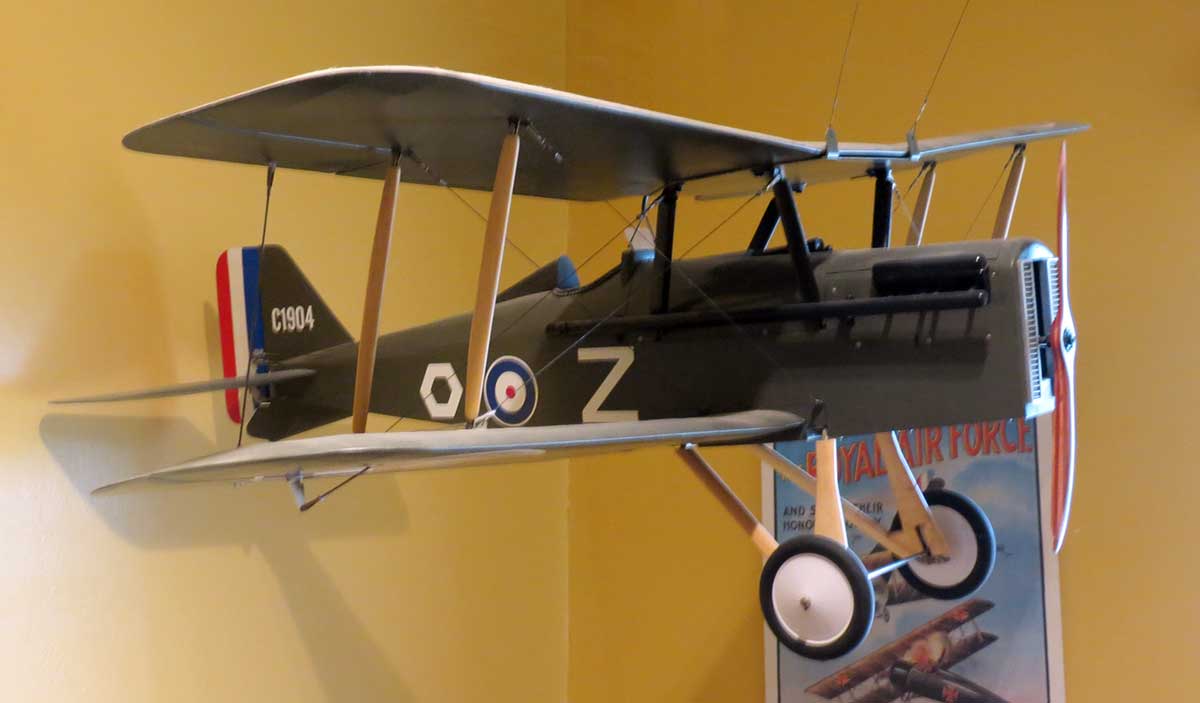 He enrolled at Royal Military College, which he considered the most miserable days of his life. He flunked his first year, but was kept on as a student. Before the start of his fourth year at RMC W.W.I broke out and he headed for Europe. Because of his horse riding talents, sharp shooting prowess and military school training he was made an officer in the Mississauga Horse Regiment. During training a gun malfunctioned and a bullet creased Bishop’s cheek just missing his eye.

The horse brigade was stationed in a muddy field in England when a pilot lost in the fog landed near Bishop’s tent. He advised the pilot about where he was, helped turn his airplane around and watched him head back into the clouds.

That again whetted his desire to be a pilot.

He applied to the RAF as a pilot and learned that the fastest way of getting in a cockpit was to be an observer and navigator sitting behind the pilot. He did that at the front and another of his responsibilities was to handle a machine gun to shoot at enemy airplanes. 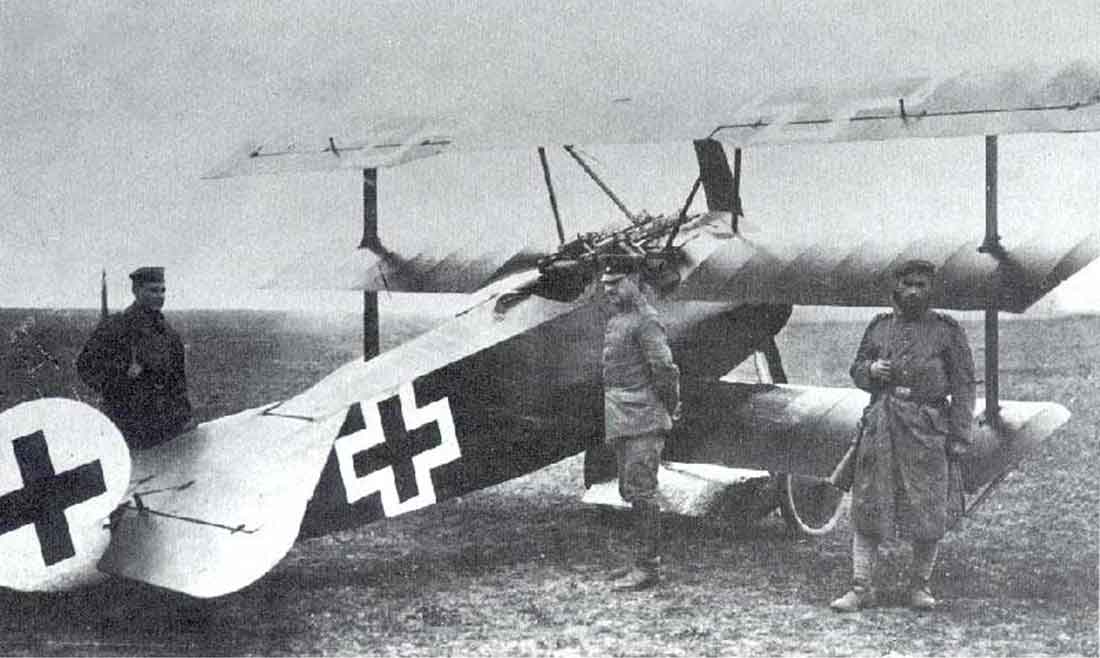 After four months as an aerial observer Bishop went to pilot school and by March of 1917 he was flying combat missions on the western front. In April he tangled in the air with the German ace Manfred von Richthofen – The Red Baron. The two national heroes twisted and turned and dove and climbed for many long minutes and punched bullet holes in each other’s fuselage, but when additional Allied fighters showed up, the Red Baron broke off the fight and headed for home. 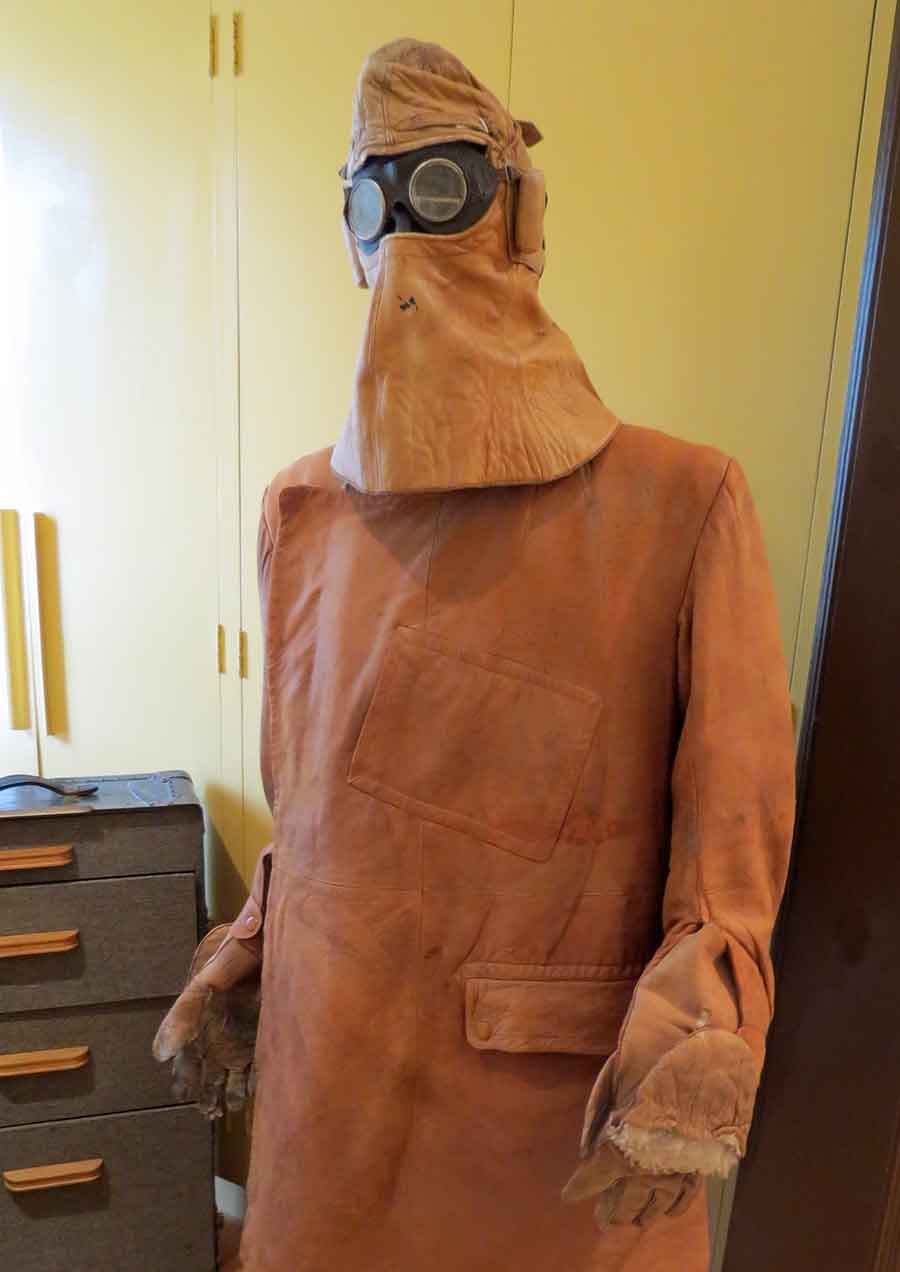 The Red Baron didn’t survive the war despite shooting down 80 Allied planes and besting many aces, but it was Roy Brown, a young rookie pilot from Carleton Place in the Ottawa Valley that sent von Richthofen’s red Fokker Dr.1 plowing into the ground in Allied territory near the Battle of The Somme.

Von Richthofen was given a full-scale military funeral by the Allies.

Many visitors to the Bishop Museum believe he shot down the Red Baron. 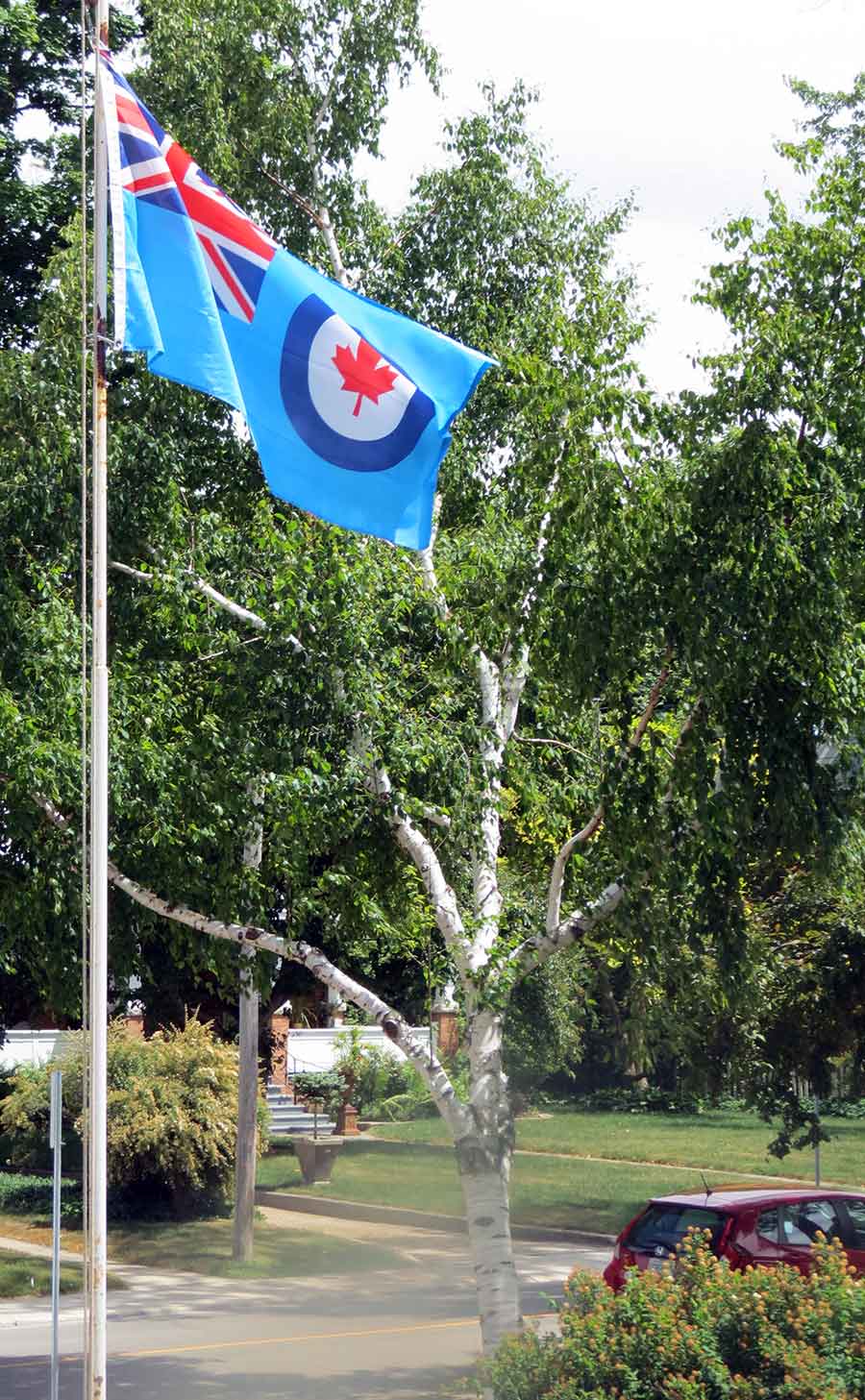 Bishop was brought back from the front to head up the Canadian wing of the Royal Air Force, which later became the Royal Canadian Air Force. During World War II Bishop was in charge of organizing Commonwealth Air Training bases across Canada. He died in 1956 at the age of 62. His family proposed to sell his boyhood home in 1979 but local historian and real estate agent Paula Niall persuaded ex-RCAF members to donate money to buy the home and preserve it as the Billy Bishop Museum.