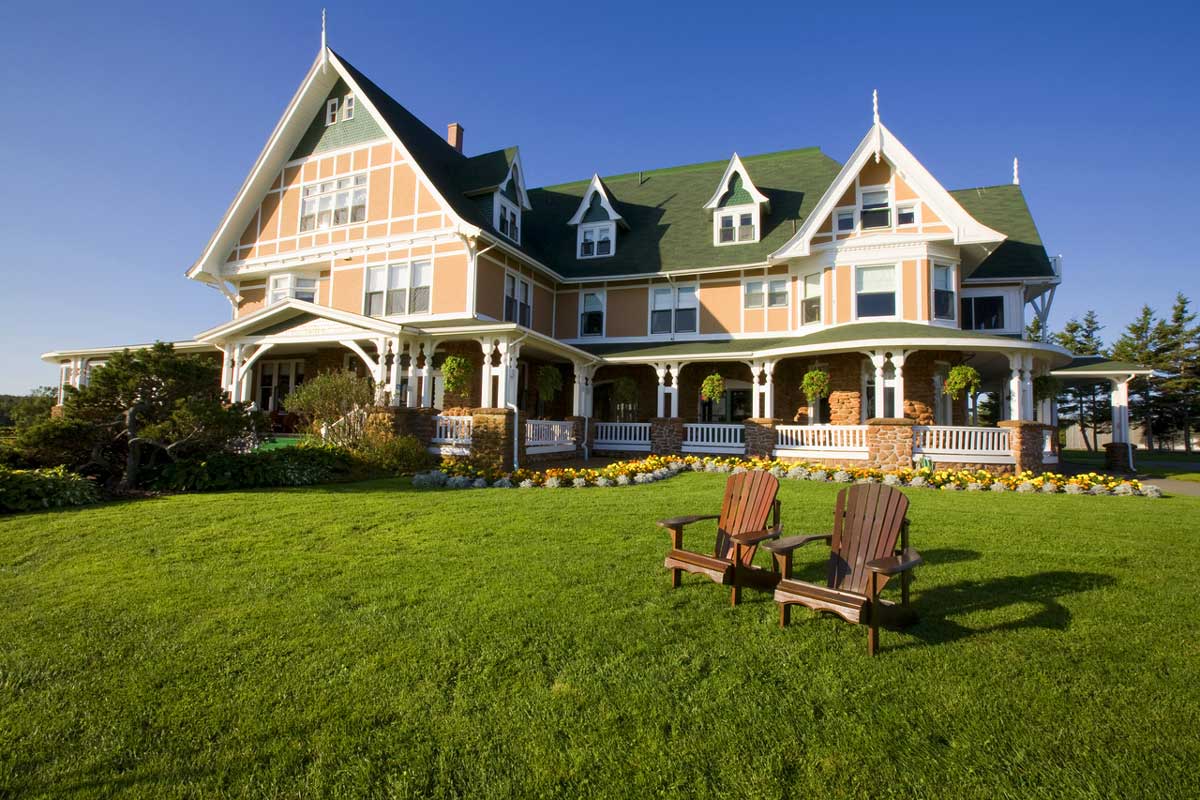 Dalvay-by-the-Sea is a gem. This beautiful inn is located on the north shore of Canada’s smallest province, Prince Edward Island, about 30 kilometres by road from Charlottetown, the capital.

Dalvay was built in 1895 by Alexander MacDonald, a northern Scot, who made his fortune in oil, railways, mining and banking. He was one of the 19th century robber barons made infamous by men like John D. Rockefeller and Andrew Carnegie. On one of his many vacations around the world with his grand-daughters, Alex discovered and fell in love with PEI’s north shore. He bought 120 acres and started work on a little summer place – Dalvay-by-the-Sea, spending $50,000 at a time when average annual incomes were measured in the $100s. 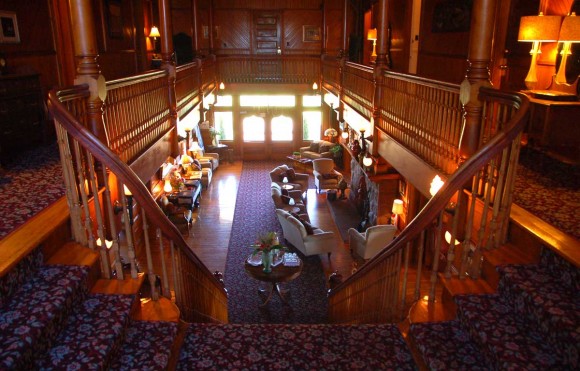 Years ago, I read an article by Canadian travel writer Toby Saltzman, on places across Canada at which to enjoy afternoon tea. One was Dalvay-by-the-Sea. Toby mentioned a dish the inn was famous for, Sticky Date Pudding. So earlier this week, I took a day away from a big tourism media conference I am attending in Charlottetown, rented a car and set out to find the inn and its sticky pudding. 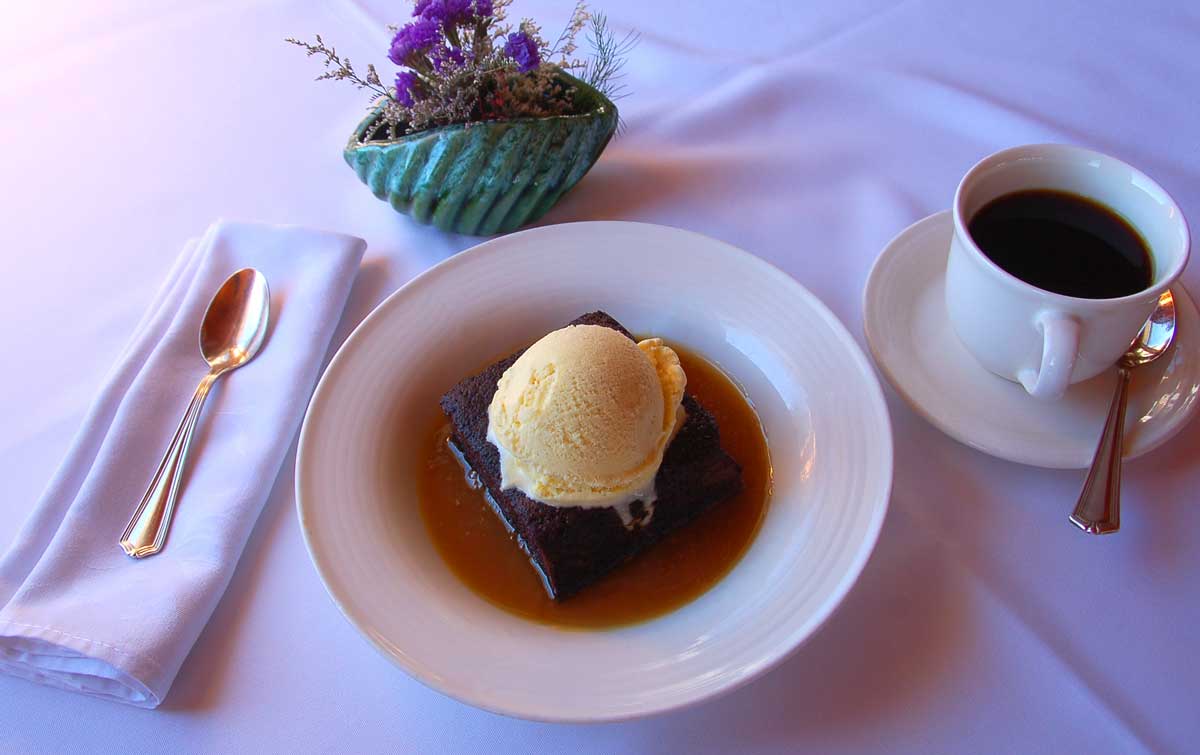 Today, Dalvay-by-the-Sea is a National Historic Site in Prince Edward Island National Park (cultural heritage site number 1859 in the Canadian Register of Historic Places, to be precise). It’s held up as a fine example of Queen Anne Revival architecture, which means it’s lavish, and has an abundance of dormers, bay windows and gables sticking out all over the place.

I have to mention the warm welcome I received by the young staff when I dropped in. Mitchell Arsenault, the front desk manager, toured me around. Jenna Shinn, who manages the restaurant, gave me a bit of background on the inn and sourced Megan Berge’s Sticky Date Pudding recipe for me, and the wait staff, they were all wonderful.

Alex MacDonald’s grand-daughters married into European royalty, but as fate would have it, their inheritance was drastically diminished by bad investments and they could no long manage the $10,000 a year to operate Dalvay. After a series of owners, which included a Catholic Bishop, a prohibition rum-runner and a Lieutenant Governor, most of the property was sold to the Canadian federal government and is today operated as a private concession leased from Parks Canada. (Parks Canada manages 44 National Parks across the country and 167 National Historic Sites. They are the world’s first national park service, having been established in 1911.) 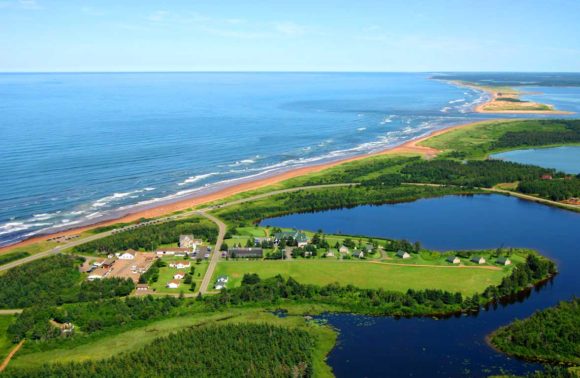 So I managed to find this famous dessert, and in the process discovered a grand getaway spot amongst the sand dunes and beaches of Prince Edward Island. Dalvay-by-the-Sea is a reminder of Victorian and Edwardian high society summer living – long strolls on the beach under a parasol, pampering by housemaids and butlers over tea and reading about Guglielmo Marconi and the Wright brothers in the newspaper.

You can bring your car, but don’t even ask about air conditioning.
As an historic site, there is none, and besides, you’re by the sea, silly,
open a window, it’s breezy.