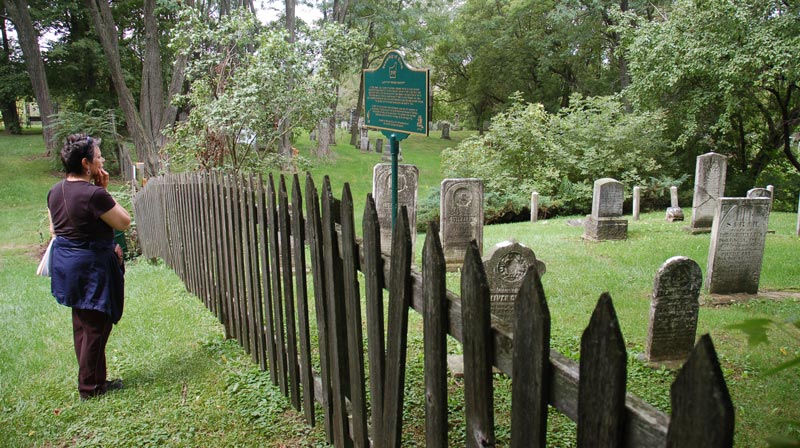 My fascination started years ago on a high school exchange to Boston. I was strolling through Boston Common and the Granary Burying Ground where Benjamin Franklin, Paul Revere and John Adams are buried along with “Mother Goose”. Mother Goose? What a surprise and not without controversy, and that’s what hooks me. Always more questions than answers with a good cemetery story.

There’s a family history of cemetery love. Ancestors of mine made monuments and gravestones in Quebec. One became a sculptor and made World War I memorials too. Two generations later, my mother began traipsing through cemeteries in Canada, the US, England, Scotland and Ireland and poring over town and church records long before the web made genealogy searches easier. I took a trip with her to Scotland in the 1990s. Copies of wills, ancient newspaper obits, and old letters mapped our route. We got our first hit in St. Cuthbert’s Burying Ground in downtown Edinburgh. A grave of a grandfather from way back. His epitaph read “Death is a debt to nature due that I have paid and so must you”. I never forgot the little verse and always thought it was his until I googled it today. Up popped several sites including a fascinating New York Times story on Sleepy Hollow Cemetery from 1894. 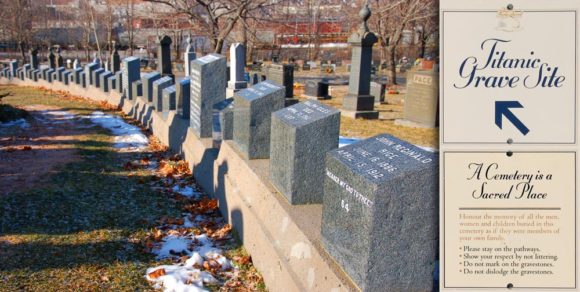 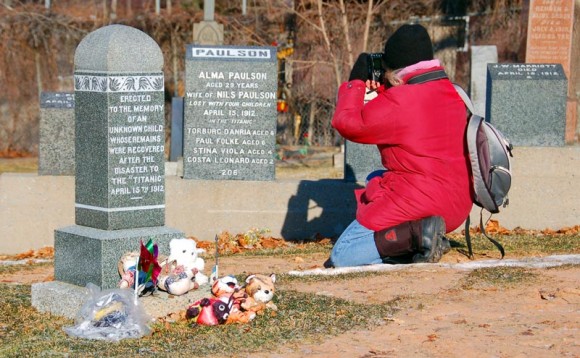 Fairview Cemetery in Halifax, Nova Scotia is in every Halifax guidebook. The cemetery is one of three in the city that hold the graves of Titanic victims. Its Titanic gravesite has 121 graves lined in a curve on a knoll, like the bow of a boat. When we visited, stuffed animals and cards were scattered around the base of the Unknown Child and J. Dawson’s grave was covered with handwritten love letters. I wonder if Leonardo Di Caprio knows of the effect he’s had here or what the real J. Dawson buried here would think. He was Joseph Dawson from Dublin Ireland,  a 23 year old coal trimmer. The Old Burying Ground in downtown Halifax dates to 1749. This is where British Major General Robert Ross was laid to rest. He and his troops burned Washington DC in the War of 1812. And you wondered how the White House became the White House? 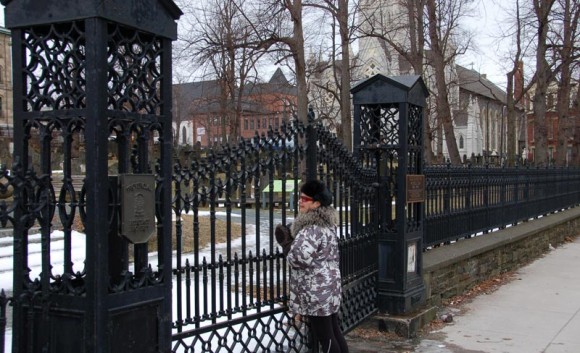 The Old Burying Ground in Halifax

Lloydtown Pioneer Cemetery was our introduction to Lloydtown, Ontario and its prominent place in history. In the 1830s, rebels led by town founder, Jesse Lloyd and outspoken journalist/politician William Lyon MacKenzie met here and planned the 1837 Upper Canada Rebellion. Every Canadian school kid has heard of the rebellion but it’s hard to believe that today’s Lloydtown was once the #2 town behind Toronto in Upper Canada. The Rebellion failed but not before the rebels had planted the seed for democratic and responsible government in Canada. LLoyd fled to the US where he died in 1838 leaving a young wife and fourteen children behind. They’re buried in the little 1834 cemetery along with other early Lloydtown settlers. 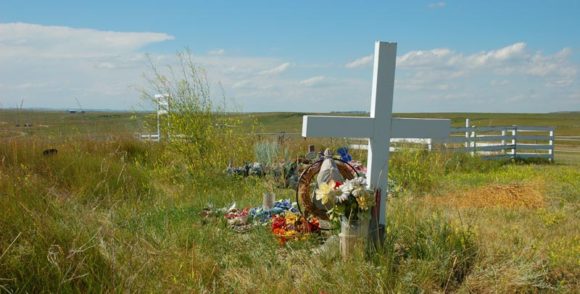 Graves at the Crowfoot Cemetery 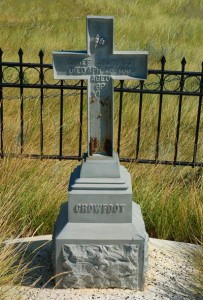 Crowfoot Cemetery sits high above the Bow River in the Badlands of southeastern Alberta.  Below, a ridge of land stretches across the Bow underwater. For centuries, migrating herds of buffalo, horses and people crossed the river at this point. Blackfoot Crossing became historically significant over time and in 1877, Chief Crowfoot signed famous Treaty 7 here. The cemetery is the final resting place of Chief Crowfoot. Little crosses with the names Running Rabbit, Bad Boy Lepetre, Owl Child and Benedict Prairie Chick gave us a brief glimpse of Blackfoot life. Siksika Nation is part of the Blackfoot Confederacy which also includes the Piikani and Kainaiwa of southern Alberta and the Blackfeet of Montana. Down the road from the cemetery, Blackfoot Crossing opened in 2007. It is Canada’s largest aboriginal historic site dedicated to telling the story of the Blackfoot Confederacy. 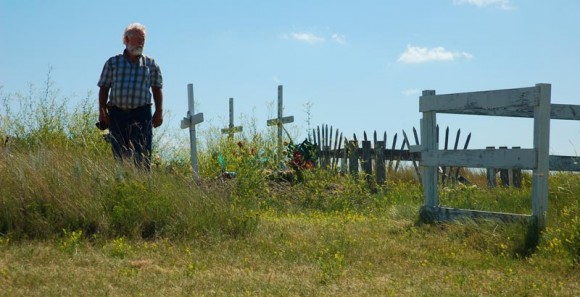 Walking among the graves at Crowfoot Cemetery

After a visit to the Sedalia Coop in the hamlet of Sedalia, Alberta (pop. 18), we were on a gravel road headed for Cereal when we came across this prairie pioneer home. A plaque on one side caught our eye and we stopped to read it: 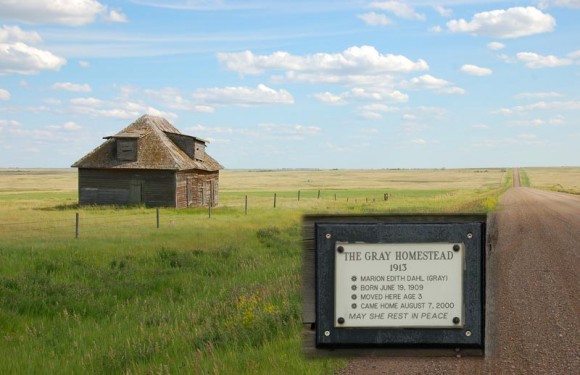 The Gray Homestead in the Canadian Badlands of southeastern Alberta