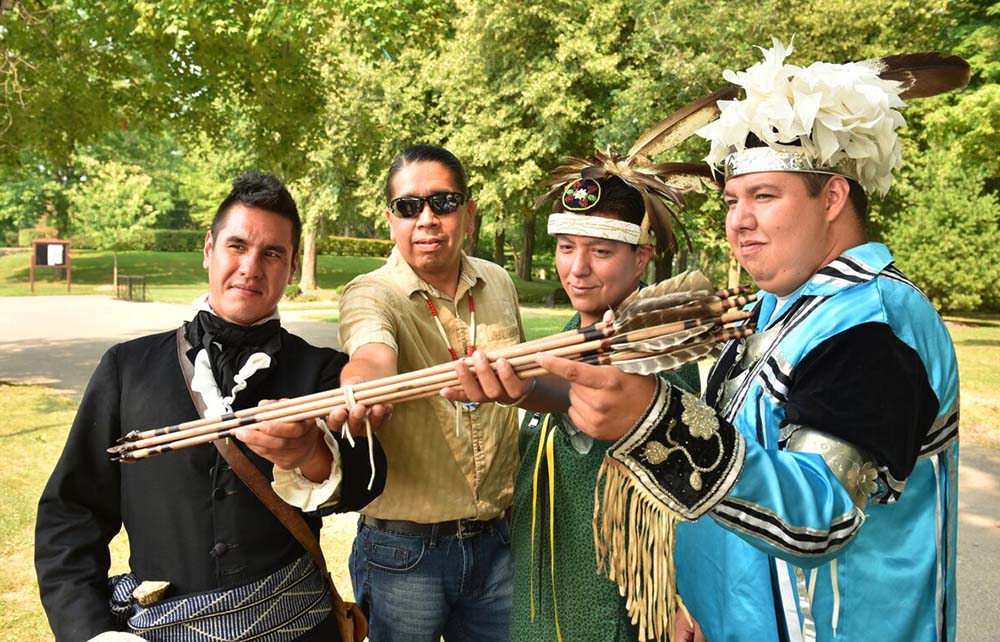 Haudenosaunee men holding seven arrows at the opening of the Landscape of Nations Memorial, representing the seven generations since the War of 1812. – Photo courtesy of Niagara Parks Commission
. . . . . . .

Over the years, the culture, history and presence of First Nations in the Niagara region of Ontario have been almost entirely eradicated. Little remains.
…….

Pity, for archaeological studies indicate the area was inhabited by native people for approximately 8,000 years. The earliest were the Neutral Indians, a peaceful woodland people who formed a buffer, or neutral zone, between the warring Hurons and Iroquois. By 1650, the Neutrals had been largely annihilated by the much more war-like Iroquois or Six Nations (Seneca, Cayuga, Oneida, Onondaga, Mohawk, Tuscarora). The Iroquois were fierce fighters who terrorized neighbouring tribes and were much feared by white settlers. In an effort to defend their territory, the Iroquois played an important role in the War of 1812.

Sadly, their efforts were to no avail. Recently, however, there have been a few small steps to rectify this situation. 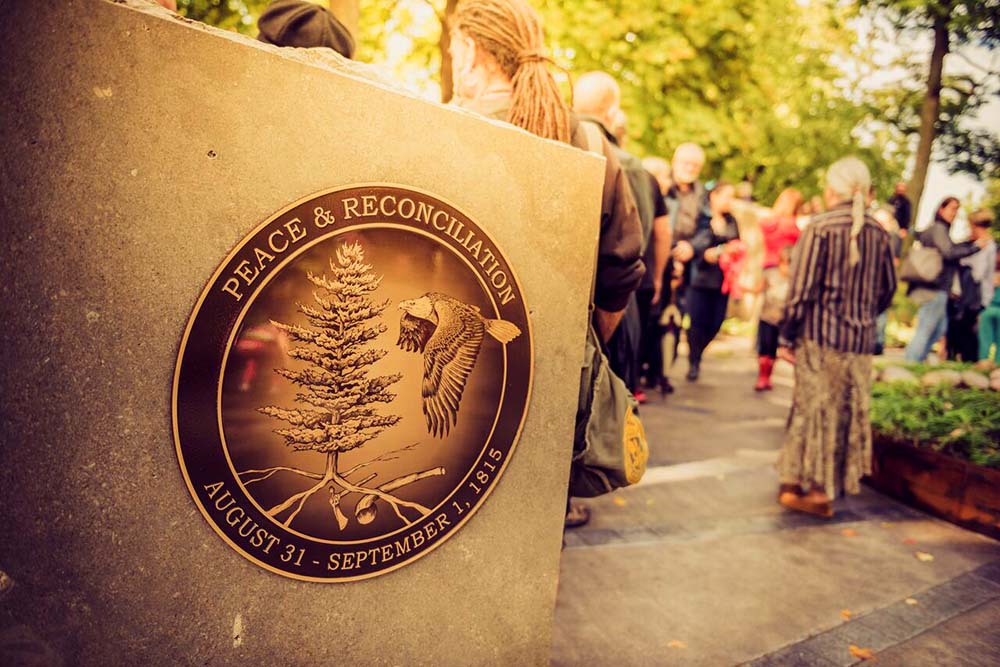 Starting about five years ago, Indigenous people started to change the name Iroquois, which is of French origin, to Haudenosaunee (people of the Longhouse), which is in their own language. A sign of pride and confidence.

An important step came in October, 2016, when the Landscape of Nations Memorial was opened at Queenston Heights Park. The attractive memorial, which is steeped in Native symbolism and meaning shines light on the significant but largely unknown contribution of the Haudenosaunee and other Natives in supporting the British and Canadian soldiers in the Battle of Queenston Heights and throughout the War of 1812. 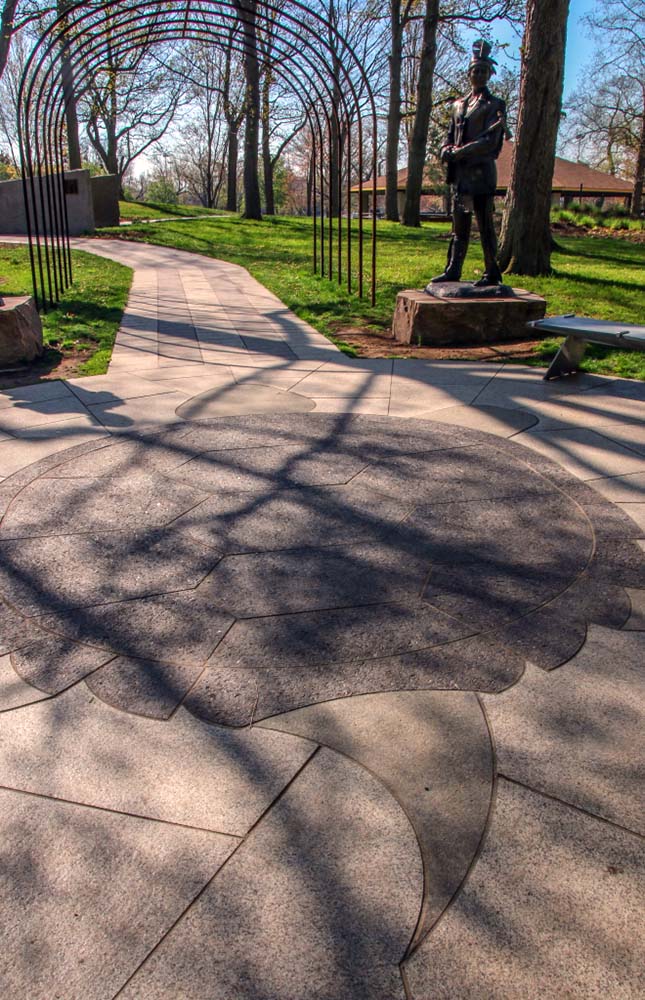 Travis Hill, a Tuscarora, guided me through the Memorial. At the entry a turtle is inscribed in the walkway. “In our culture, the earth was created on the back of a giant turtle,” said Hill. Next we passed between tall statues of John Norton and John Brant, Haudenosaunee leaders during the war. “They contributed both experience and youthful energy,” said Hill. “Norton was in his 60s and Brant only 18 years old when the war began.” 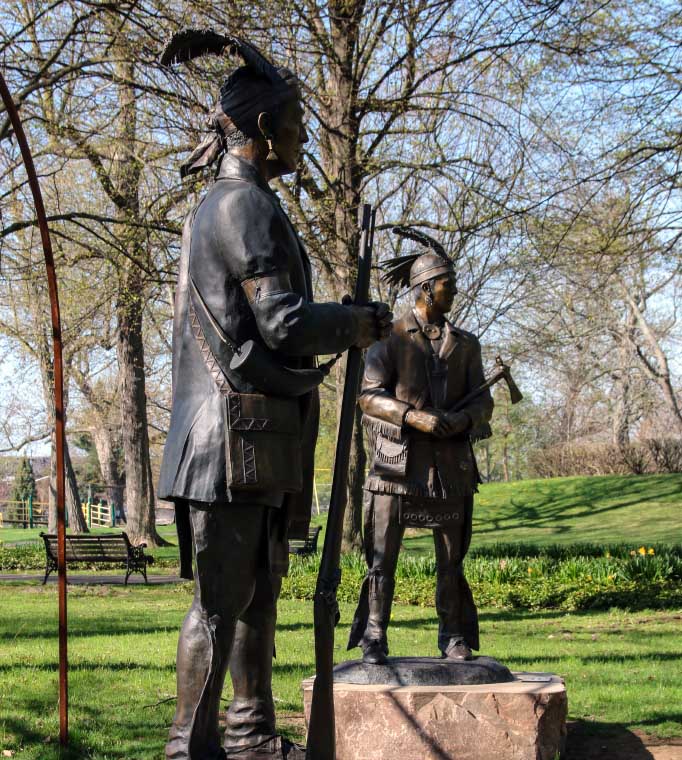 We continued along the trail, which has two rows of darker paving stones symbolizing the Two Row Wampum Belt, the treaty between the Haudenosaunee and the Europeans to co-exist separately but as equals. We passed under a symbolic longhouse and came to the Memory Circle, the heart of the Memorial, where eight limestone blocks radiate from the centre like a sunburst. “There is so much here,” said Hill, “everything has deep meaning.”

The Two Row Wampum Trail continued, passing time markers, a berm representing ancestral lands and plants that were present in 1800. The trail ended at the Tree of Peace, an eastern white pine, emblematic of the Haudenosaunee Great Law of Peace. 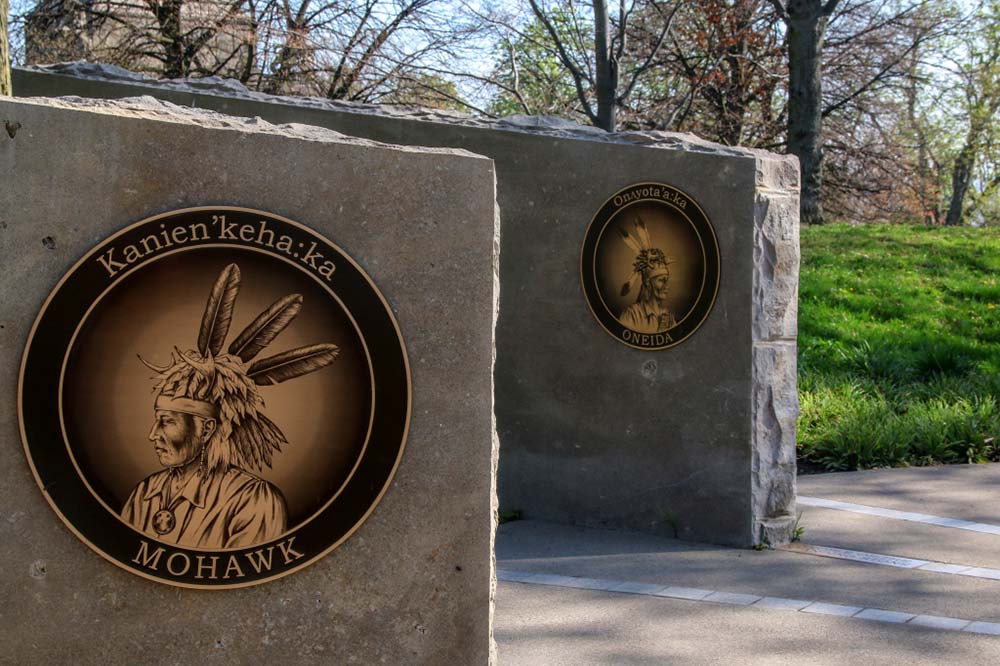 A brief drive took me to the Peace Monument erected in 2017 at Decew House Heritage Park in Thorold. The Monument represents the role First Nations peoples played in aiding Laura Secord, the Canadian heroine who brought news of an imminent American attack to the British during the War of 1812. The First Nations warriors escorted Secord to the British garrison stationed at Decew House, and later helped in defeating the Americans at the Battle of Beaverdams. The curved walls of two stone sculptures are symbols of longhouses, opening to the east and west, with wampum belts engraved on the sides. In the middle there is a spot for a sacred fire. The monument is a symbol of the restoration of peace between the First Nations allies and the British after the war. The pathway leading into the monument continues out to a circular garden where a singular white pine tree, a symbol of peace, is planted. The white pine also honours First Nations’ women. 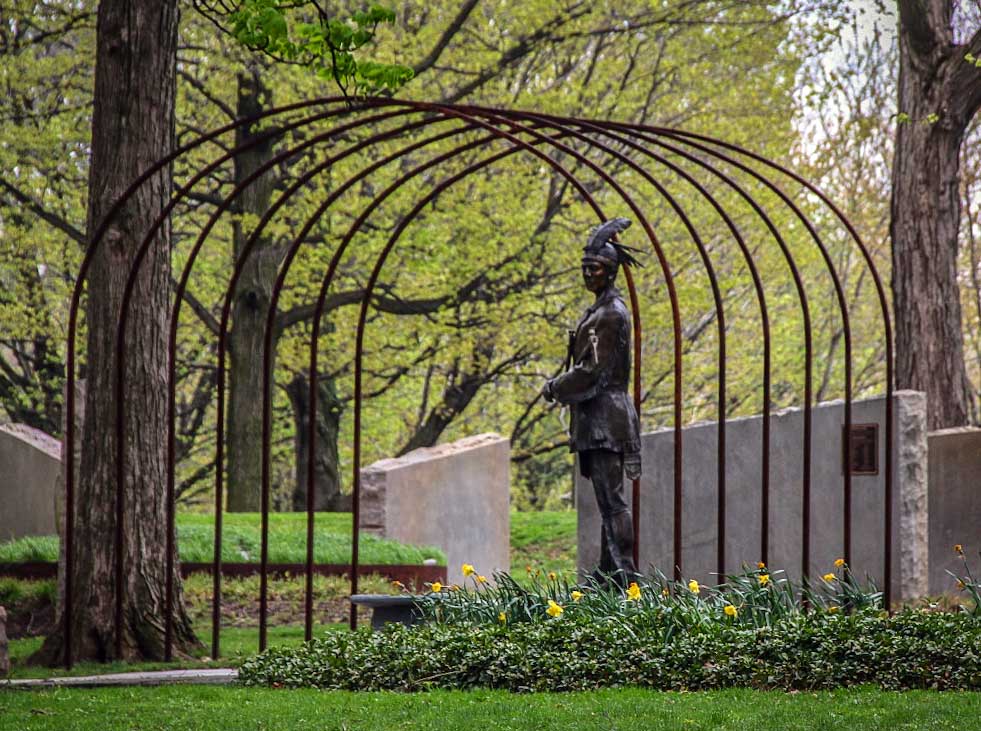 The Peace Monument was designed by renowned Canadian architect Douglas Cardinal, who is of Blackfoot heritage. “First Nations teachings of forgiveness, striving for peace and valuing all of nature are something people of all cultures can benefit from,” he said. “Unless we teach people to love and care for all life on this planet, we won’t have a future.” 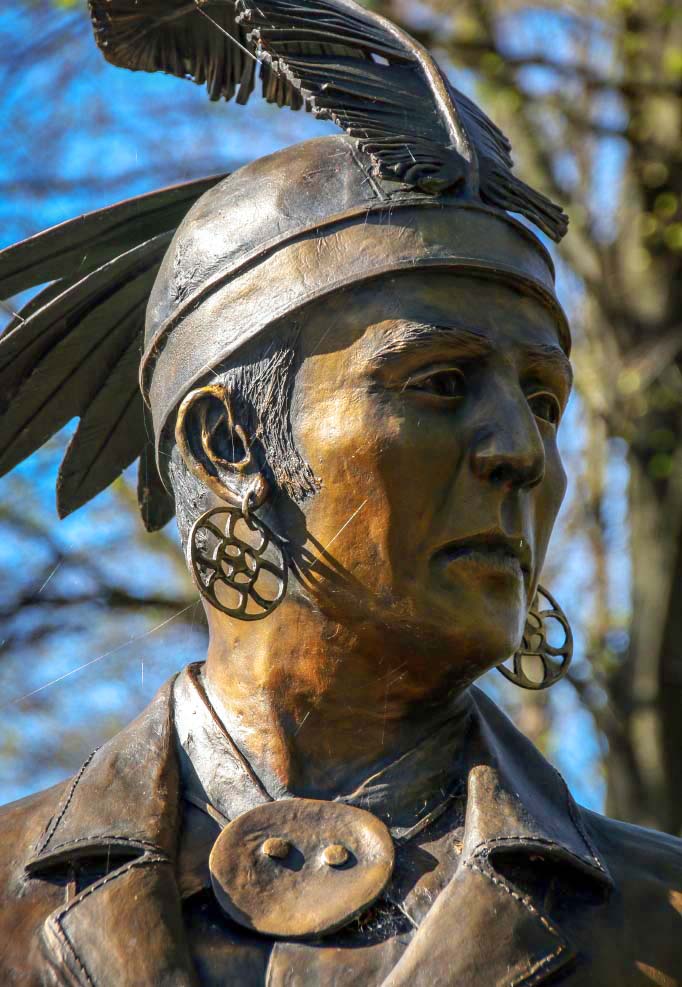 I reflected on how Native people, instead of being rewarded for their contributions in the War of 1812, suffered neglect and even worse. The Indian Act of 1876 helped strip them of their lands, culture, including language, and their dignity. But the glorious memorials in Queenston Heights and Thorold are signs that reconciliation has taken root in Niagara.

Now is the time to commit to a major First Nations cultural centre on the Niagara Parkway; we have much to learn from Indigenous culture and philosophy.