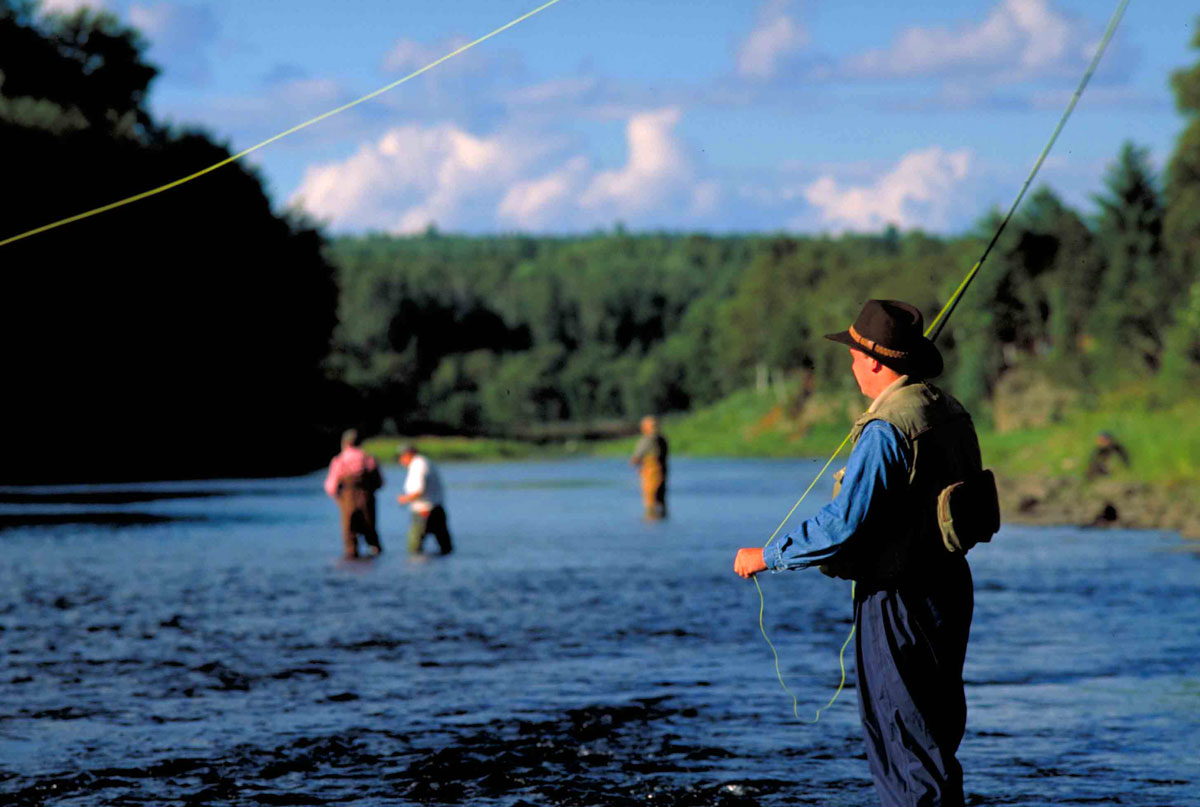 I was fortunate to find out why. I hired a guide and for four hours cast a fly called a grey ghost. I was rewarded with a six pound fish that was more acrobatic than any fish I ever caught before or since. Although it was a short little side trip, it was so sweet. There are many guides and resorts along the Miramichi that can accommodate anyone from the beginner to the expert. The last half of the day I spent golfing the Mirimichi Golf and Country Club.

My work then took me to St. John. I rented a cabin on the Kingston Peninsula on the shores of the Kennebecasis River. Beside my cabin ran a small creek of crystal clear water with two waterfalls dropping into deep pools. Eventually, after a series of runs and riffles this creek meandered towards and emptied into the Kennebecasis. I stayed there for five days while I worked in St. John and in the afternoons I fished for and caught some beautiful brook trout. This creek was loaded with them. Many small 6-8 inchers and a half dozen 12-16 inchers. The larger brookies were all caught on small shiny spoons and woolley bugger flies in olive tones and the smaller brookies were caught on dry flies. 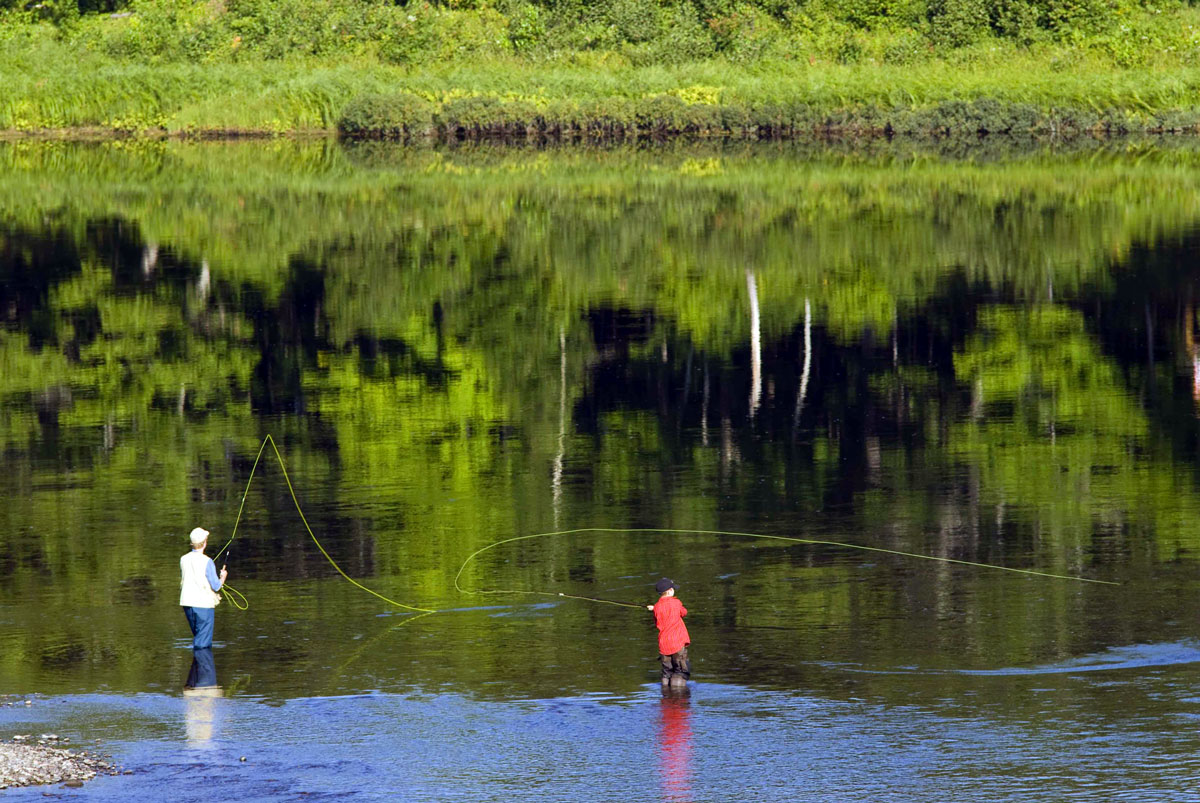 On my last day there I was fortunate enough to go fishing for striped bass on the big river. The owner of the cabin took me out in his boat. He said we needed to use larger heavy action rods and large rapalas. We trolled at a fast five knots and used a constant pulling motion, giving our lures an erratic action around this big rock shoal. It took less than fifteen minutes to hook into my first striper, a twelve pounder. The best way to describe how catching a striped bass feels is to stand on a Toronto street corner and hook into a streetcar on Queen Street. I caught an eight pound striper about an hour later and that was that, but what an experience!

In closing, being away from my two boys and family for three months was very difficult on all of us, but with the friendliness and hospitality shown me by the people of New Brunswick and the natural wonders and beauty of the province I was able to keep balanced. I look forward to going back with Cam and Nate for another experience one day to show them the beauty of New Brunswick.

Editor’s Note: For the uninitiated, I have included this picture of a streetcar in Toronto. Also, here‘s another great post about New Brunswick and fishing on the St. John River.