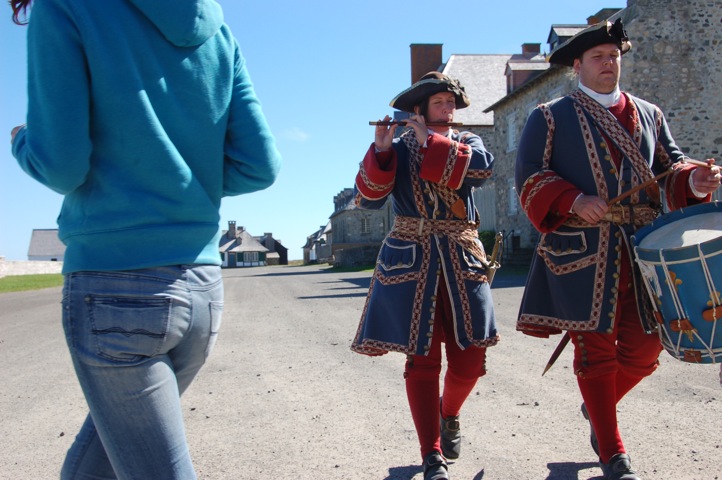 My imagination ran wild at the Fortress of Louisbourg. Walking through the gates of this GIANT national historic site on Nova Scotia’s rugged northeast shore I got a good sense of what life was like in North America’s third largest port after Boston and New York circa 1744. That is, save for the stench. Parks Canada interpretive staff were quick to point out how 18th century mariners could smell Louisbourg long before they could see her.

The massive walled town/ fortress originally built by the French in 1713 had a protected ice-free harbour and was close enough to the Grand Banks to provide France with an abundance of cod. Being a Catholic country, fish was a big staple in the French diet. Even though King Louis XV complained that the walled fortress was expensive to maintain, forty days of Lent plus days of the week when the Catholic country was not supposed to eat meat gave him reason to suck it up.

By the 1740s the fortress was a magnet for people looking for work from all over the world. It was on an international trade route controlled by the French that included La Rachelle, France, Quebec City and the French West Indies. There were 2000-3000 permanent residents, but in summer, numbers would swell to 10,000. Twenty-five inns and taverns operated within the fortress but except for the King’s men and wealthy merchants, most residents barely eeked out enough to feed and clothe themselves. 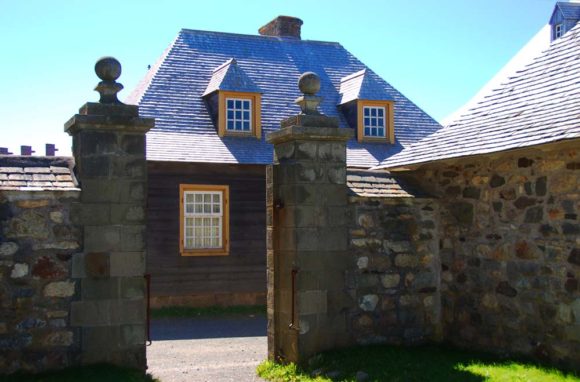 Soldiers were paid an estimated $2.09 a month. They carried eight to ten pound muskets and wore eight pound wool outfits that doubled their weight when wet and must have itched something fierce. Once a day the soldiers were fed four ounces of salt beef plus lentils and beans, so they would often buy fish heads and fish peas from the fishermen who lived in little shed houses outside the fortress walls. As for the upper class, perfumed handkerchiefs were used when they got too close to the greater unwashed. But park staff told us even they looked better from a distance. Costumes (lace was all the rage in the 1740s, men included) could not disguise the foul odour that often permeated from their clothing. We were told natives who camped outside the fort found the smell of non-natives just downright offensive.

Power in North American colonies shifted back and forth between the French and the British. In 1758, the Fortress of Louisbourg was lost to the English for the last time. I went to Louisbourg thinking I might learn something about my great-great-great grandfather who was there in 1760 with a New England militia. What I discovered instead was a fascinating French fortress and an Acadian culture that is a big part of Nova Scotia today. 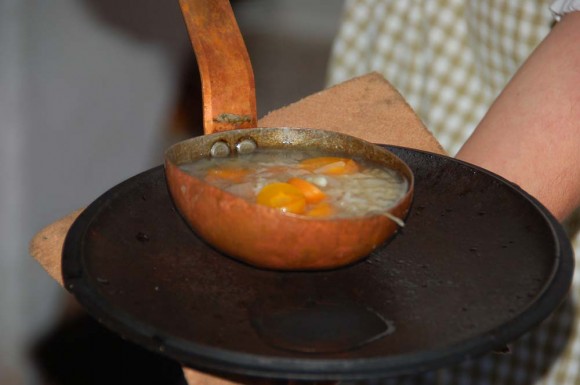 – Take the ‘Touching History‘ tour if you’re here in June or early September. Objects that date back to the 18th century Fortress of Louisbourg are pulled from cabinets for you to touch, examine and hear stories about, and no two tours are ever the same. Parks Canada staff have over 300 items to choose from. I loved the demi-tasse cups that the upper class would have used to drink their prized chocolate and the beautiful handpainted pillboxes. And who could forget the bizarre-looking 18th century enema kits (yuk!).

– The quality of craftsmanship is extraordinary. Hundreds from different disciplines and trades were involved with the reconstruction in the 1960s and 70s. Leo MacNeil a Nova Scotia furniture designer  received the Order of Canada, largely for his contribution to Louisbourg. Well-known blacksmith, John MacDonald, from Big Baddeck also played a pivotal role. John C. Roberts, a Nova Scotia leather designer, is the fortress’s current historic leather expert. This Cape Breton Post article describes what it took to reproduce an authentic 18th century French fortress.

– Louisbourg is on Cape Breton Island and can easily be added to a Cabot Trail road trip.

– We topped off our fortress visit with a stay at Point of View Suites in Louisbourg, the closest town. The suites are on the water with a view of the fortress.A Beggars Banquet dinner is hosted on the same grounds. We wore period costumes, ate good food and had a fun night of music, song and storytelling. 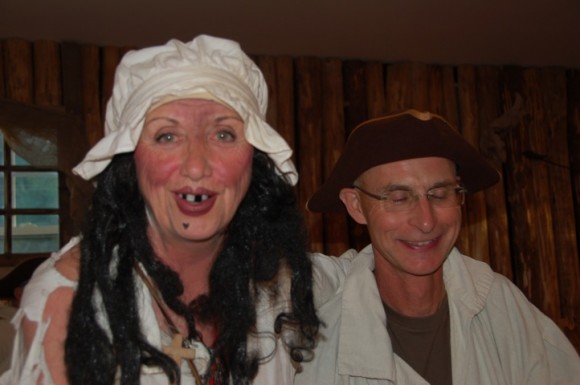