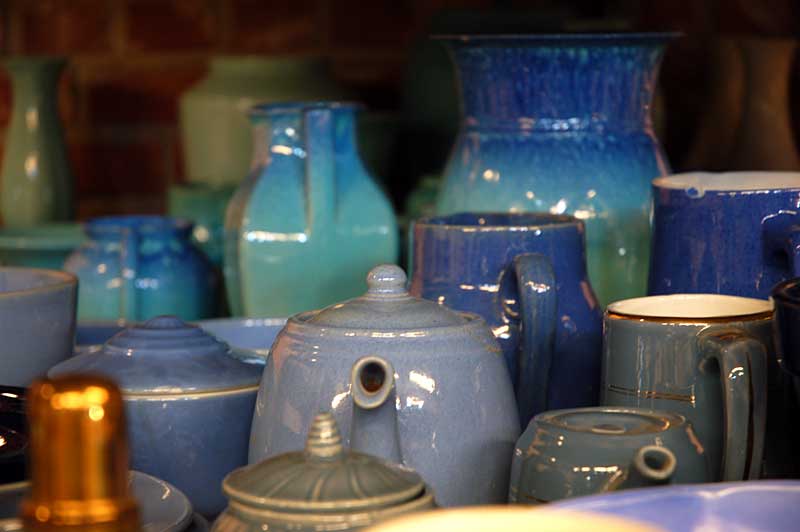 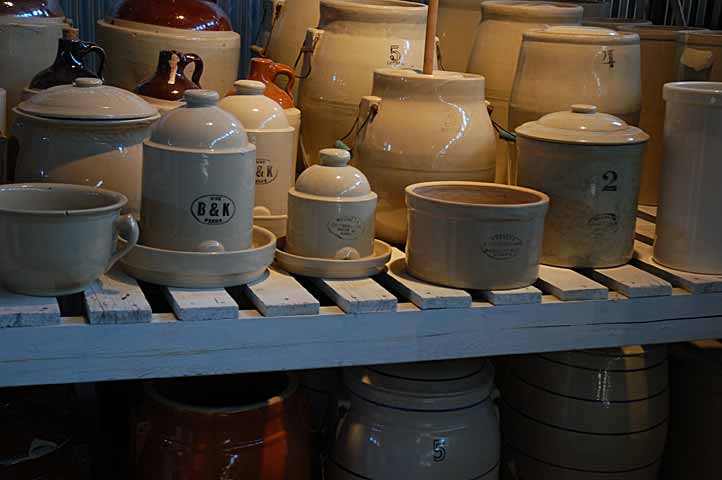 Medicine Hat, known to locals as “The Hat”, is a city of 60,000 people located in the South Saskatchewan River Valley in southern Alberta. This place has more hours of sunshine than any another Canadian community (2,512 hours per year!). Medicine Hat is evolving as an artistic centre and a destination for visitors interested in art, culture and history. Medicine Hat Clay Industries National Historic District (yes, it’s quite a mouthful) and Medalta Potteries are two of the top tourism attractions in the Canadian Badlands.

What’s new at the Historic Clay District? The Medalta Potteries National Historic Site is continuing its massive restoration project. In 2009, it will be opening a new gallery and the International Centre for Contemporary Ceramics. At the end of 2008, the Working Pottery and the Tony Schlachter Collection were opened.

The Working Pottery gives visitors a chance to see a re-creation of part of the factory as it operated decades ago. Visitors can watch workers use traditional machinery and methods (such as a jigger machine and slip casting). One day a week, a man who worked at Medalta in the 1950’s as a jiggerman comes in and demonstrates.

The Tony Schlachter Collection contains over 2,500 pieces of Medicine Hat pottery. Tony has been collecting since the 1950’s and in eary 2008 he donated his entire collection to the Historic Clay District. It covers every era of the pottery industry in Medicine Hat, dating back to the first pottery company in 1912. Tony still visits Medalta and is happy to take people on a tour of his collection, telling stories of his pieces.

The new gallery is in the old turning room (the room where wet pottery went to dry) which had wood floors and steam piping underneath. When complete, people will be able to walk under the wood floor and see the original steam pipe and brickwork that was excavated a few years ago. The space will also feature Weeks Machines (which were used to create large crocks), a recreation of a tunnel kiln and a children’s activity area

The International Centre for Contemporary Ceramics will be open in the summer of 2009. It will be an artists residency building that will expand the Medalta International Artists in Residence Program, which will be entering its 11th year. This program draws artists from all over the world and injects an incredible energy into “The Hat”. 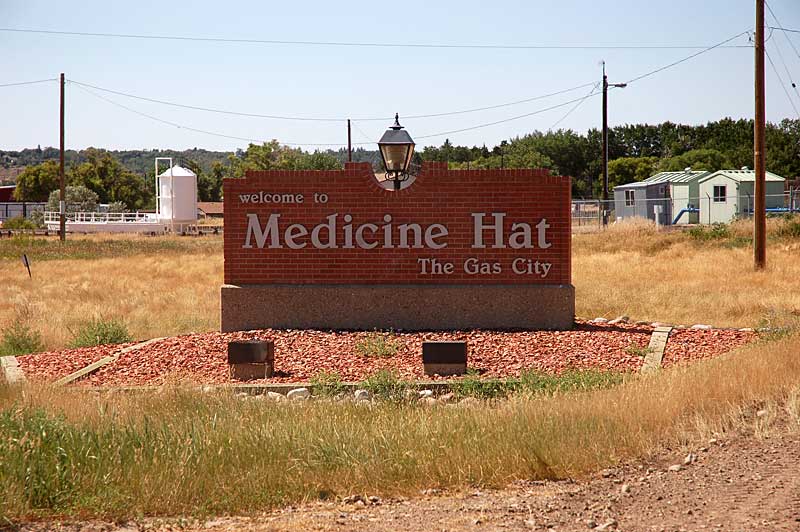