Canoes are in Peterborough’s bloodstream. Once a centre for North American canoe production, the town now holds the world’s largest collection of canoes, kayaks and watercraft in the Canadian Canoe Museum. And next year things get better — much better — as construction begins on a spectacular world class upgrade. A $65 million masterpiece of contemporary design will proudly display almost the entire collection beside the world’s highest hydraulic lift lock on the Trent-Severn Waterway. This will be a destination!

The Canadian Canoe Museum’s logo, the “Mazinaawbikinigin” of Pictured Lake, is from a pictograph near Fort William at the western end of Lake Superior. Honouring indigenous cultures everywhere, it represents ‘the nation of rivers and the river of nations that is Canada from coast to coast to coast.’
. . . . . . . 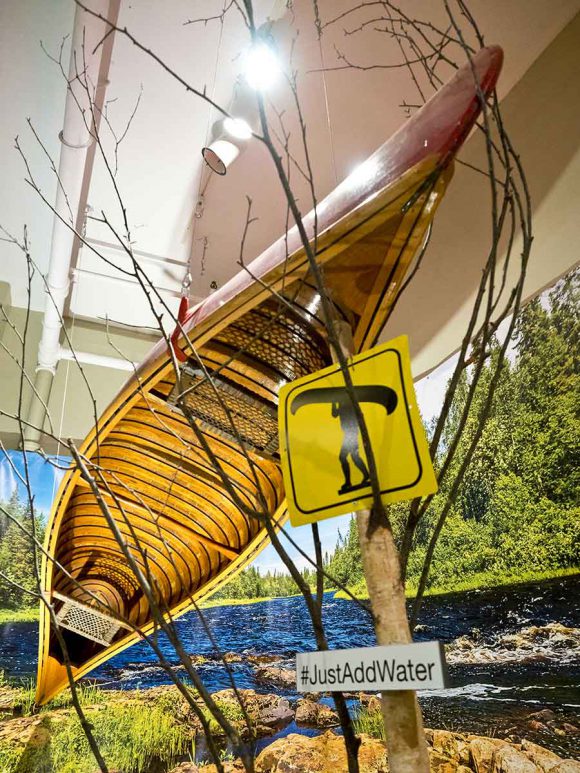 CCM organizes tamer 90-minute trips with their own unique bragging rights: an uplifting experience in a replica 36-foot Montréal canoe used by fur trading voyageurs. In a mere 90 seconds canoe and passengers float 19.8 metres (65 feet) skyward in a 5,000 gallon scoop of water.
Cool. But first, a quick paddling lesson. 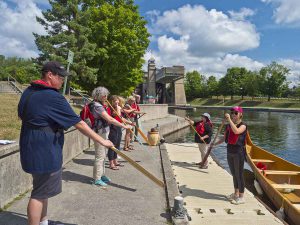 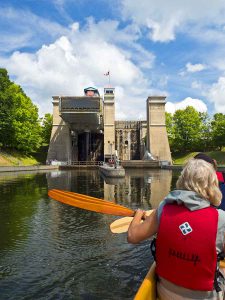 The stroke of inspiration for creating an amphibious watercraft light enough to carry yet sturdy enough to carry a load goes to First Nations people. With simple tools they fashioned canoes from birch bark. 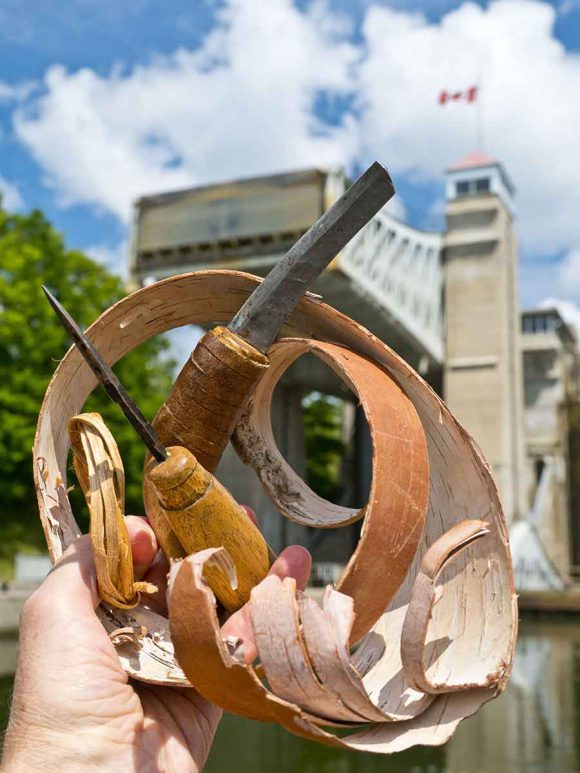 No doubt about it, our canoe was the smallest vessel in the lock. 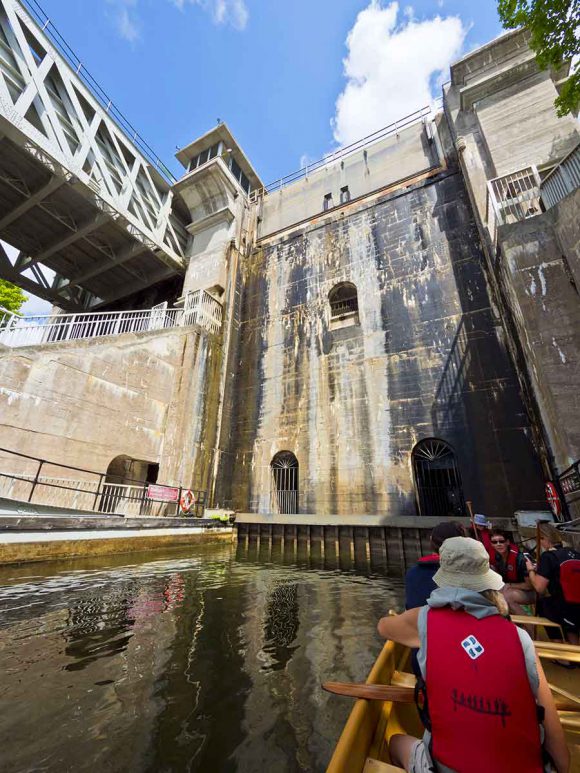 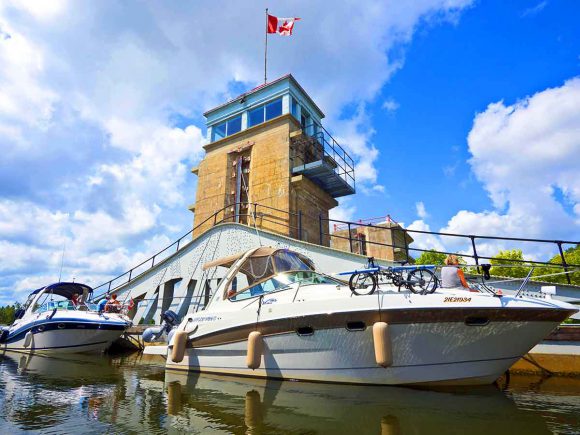 At elevated river level, Parks Canada Summer Outreach Coordinator Sam Cuddy gave the traditional French commands for a hardy crew that flagged after a mere 30 seconds of practising the voyageur pace of 56 strokes per minute for gruelling 15 hour days week after week. We did our own version of weak, as in a buncha wimps! 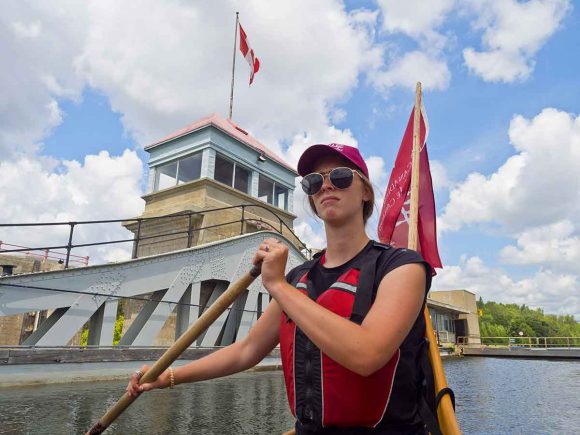 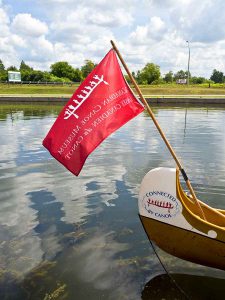 Lunch was at Ashburnham Ale House.
Something went terribly wrong as we all had lunch without a single beer.
Note to self: next time, must correct this oversight by sampling the craft brews. 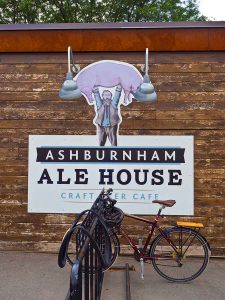 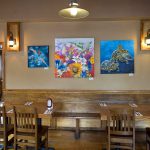 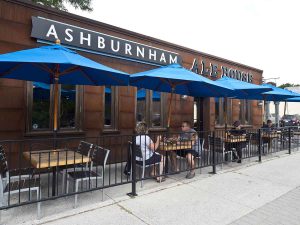 Almost across the street sits Black’s Distillery, a brand new place in town with an impressive display of copper hybrid stills looking like something from Jules Verne’s 20,000 Leagues Under the Sea. “From grain to glass,” the distillery pays homage to David Alexander Fife (1805 – 1877), Ontario creator of Red Fife wheat which is the basis of Black’s vodka and is locally grown. A portrait of David hangs on the wall. 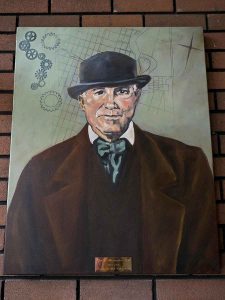 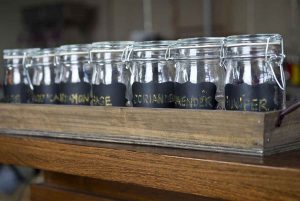 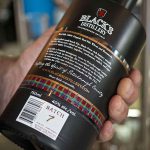 Head distiller Robert Black has transferred his skill and concern for craftsmanship honed during 35 years as a tool and die maker into an uncompromising devotion to perfecting fine spirits. His wife Barb Matchet and sole employee Kris McNeely enthusiastically have his back on this. 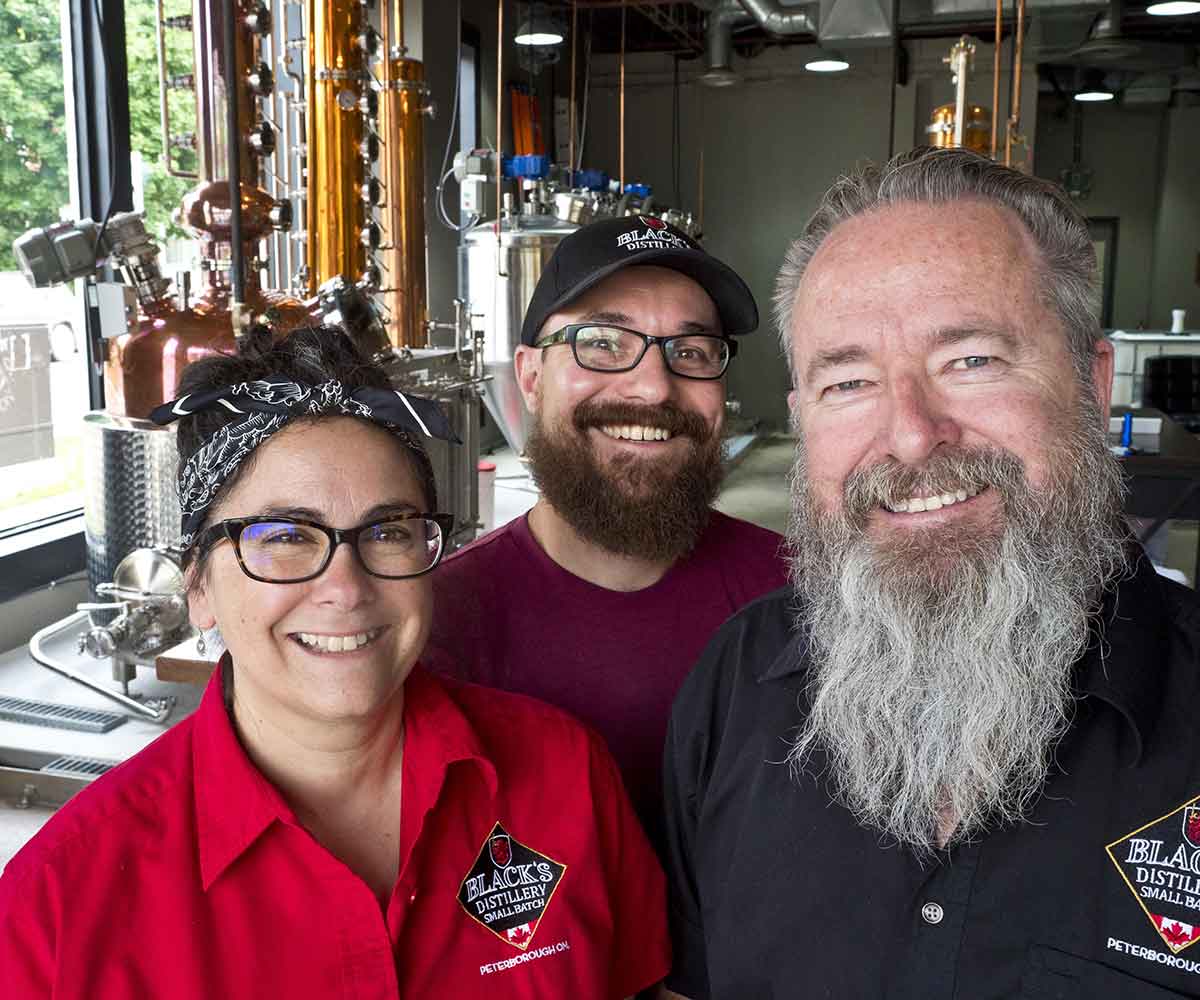 Peterborough has a second distiller too. In a nondescript industrial mall across town, Bruce Khabbazi and his wife are celebrating the 21st anniversary of Persian Empire. This award winning company produces no less than 26 different spirits, but the kicker is that Persian is also the largest North American producer of a carbonated yogurt soda popular in the Middle East. It’s an acquired taste. 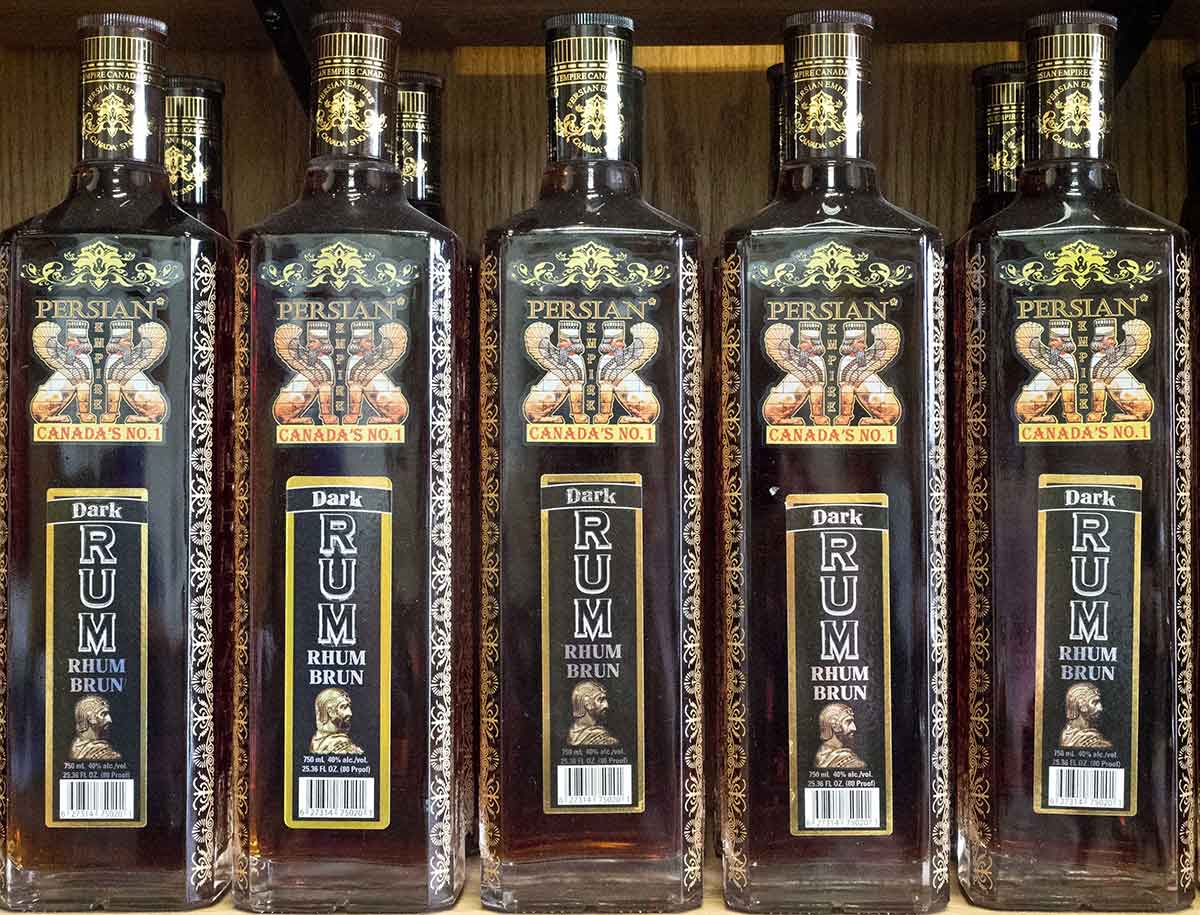 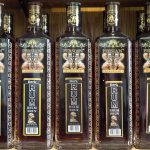 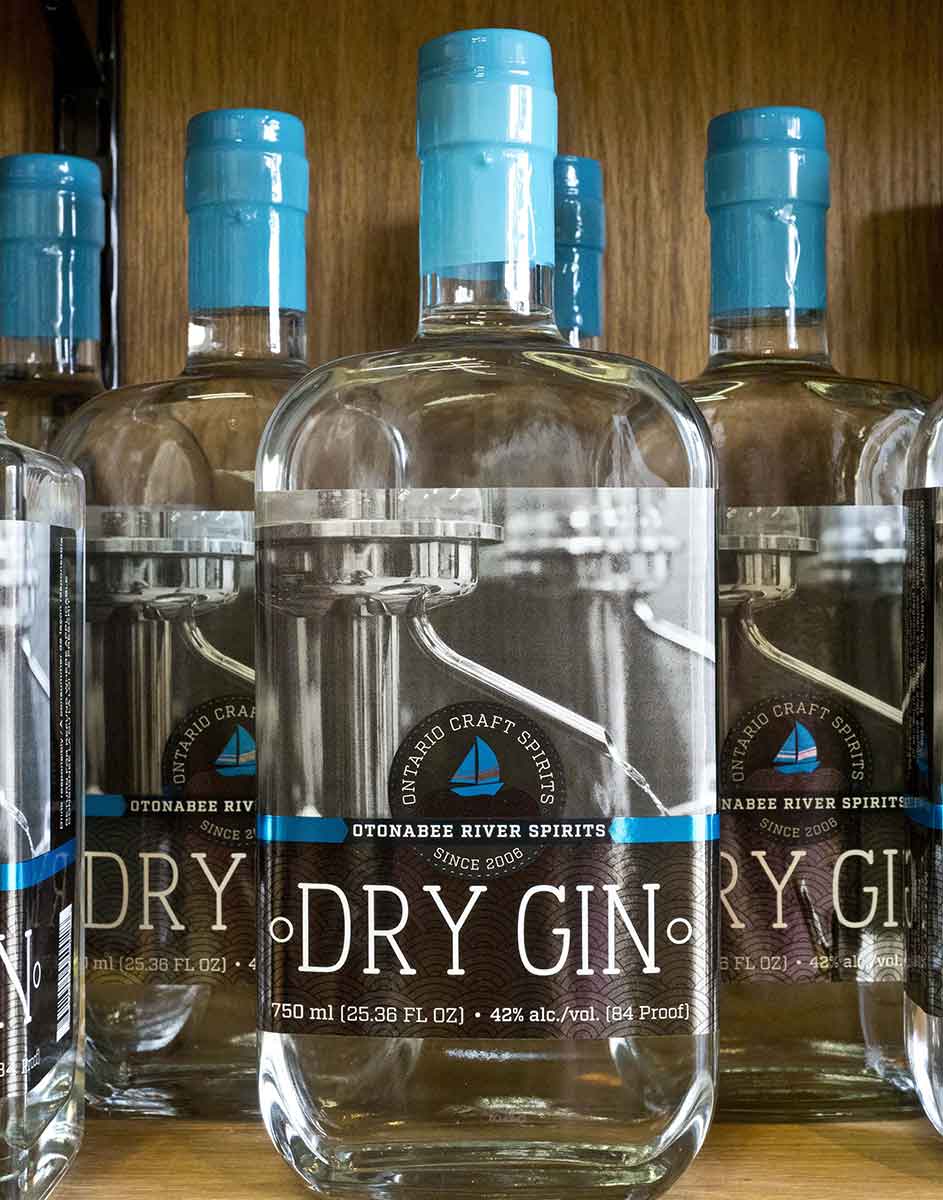 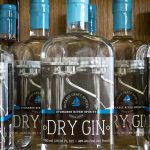 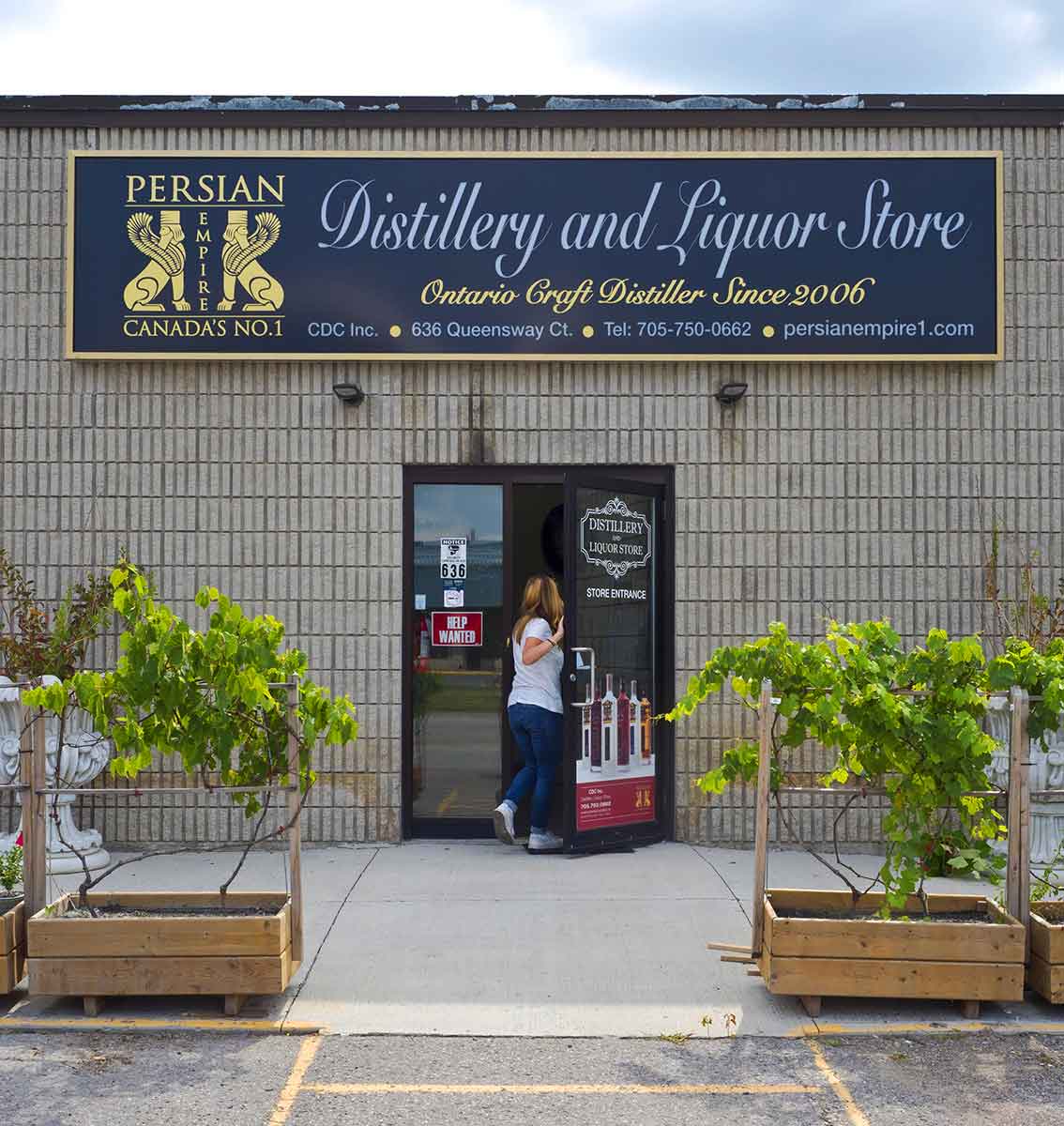 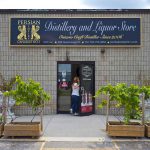 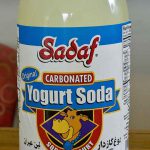 Once again I found myself facing a copper still from which I expected to hear the command “Take me to your leader.” I shot back with an artistic photo treatment … 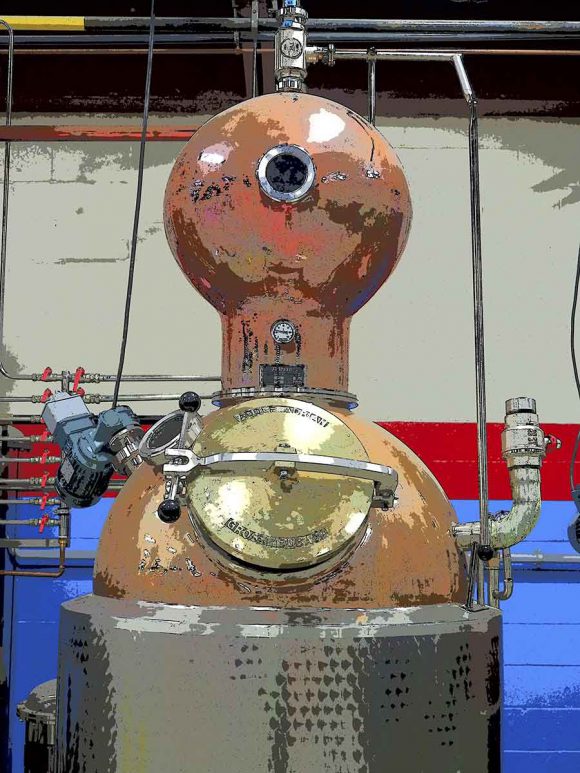