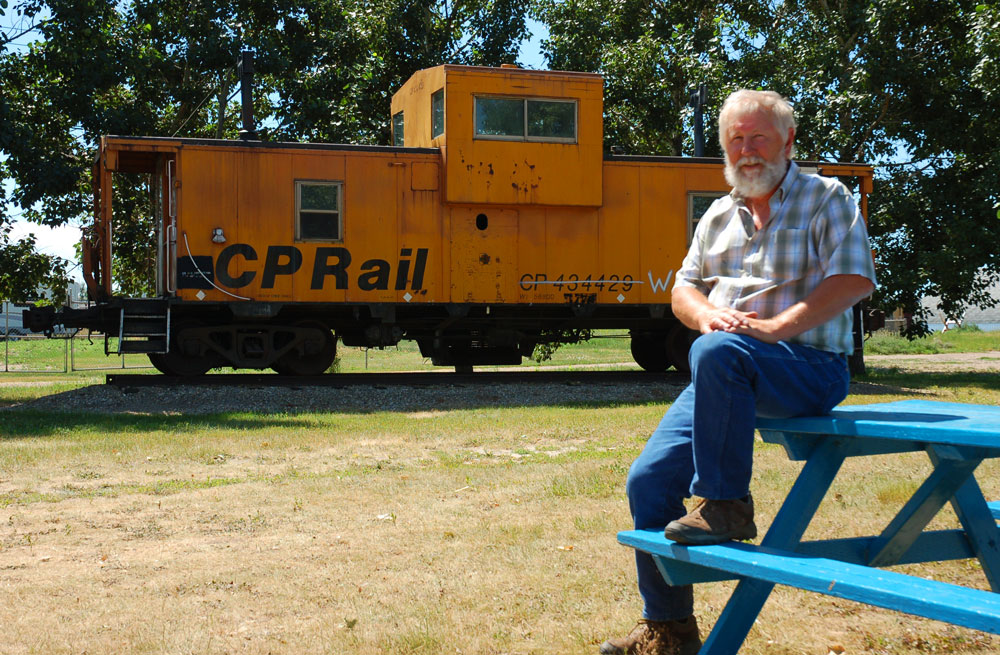 Glenn and I have been working with the Canadian Badlands for the past two years. On our first product tour of the area in July, 2007, we had the pleasure of touring the Brooks-Bassano area with Bob Cromwell and Darcy Harmacy, two locals involved with tourism in the region. This part of the Canadian Badlands is about an hour and a half east of Calgary along the Trans Canada Highway so, easy to get to on a Badlands road trip.

Bob and Darcy took us on a great tour that included the Bassano Dam, Rosie’s Diner (great stop for java and homemade pie), and Siksika Nation, home of the Blackfoot Confederacy. 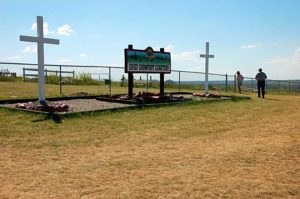 A particularly poignant stop for all of us was the little Chief Crowfoot Cemetery on Siksika Nation. It sits high above the Bow River valley,  just south of the Trans Canada Highway. The cemetery is the final resting place for several Blackfoot including Chief Crowfoot, who signed the famous Treaty 7 in 1877. The names on the graves give a glimpse into Siksika Nation life. Running Rabbit, Bad Boy Lepetre and Owl Child. What is particularly sad is the number of young we found buried in this cemetery. Siksika Nation (Blackfoot) is part of the Blackfoot Confederacy which also includes the Piikani and Kainaiwa of southern Alberta and the Blackfeet of Montana. 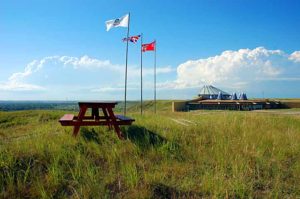 Just five minutes from the cemetery, you’ll find the Blackfoot Crossing Historical Park. This architectural gem of a museum just opened in 2007. It is filled with Blackfoot Confederacy history and artefacts. Blackfoot Crossing is an actual ridge of land stretching underwater across the Bow River. For centuries, migrating herds of buffalo, people and horses were able to cross the river with relative ease and the crossing became significant in Canadian history as a meeting place and later as the site of the Treaty 7 signing. You can read more about it and about Siksika Nation at http://www.siksikanation.com.

Also check out the Treaty 7 Management Corporation site at http://www.treaty7.org