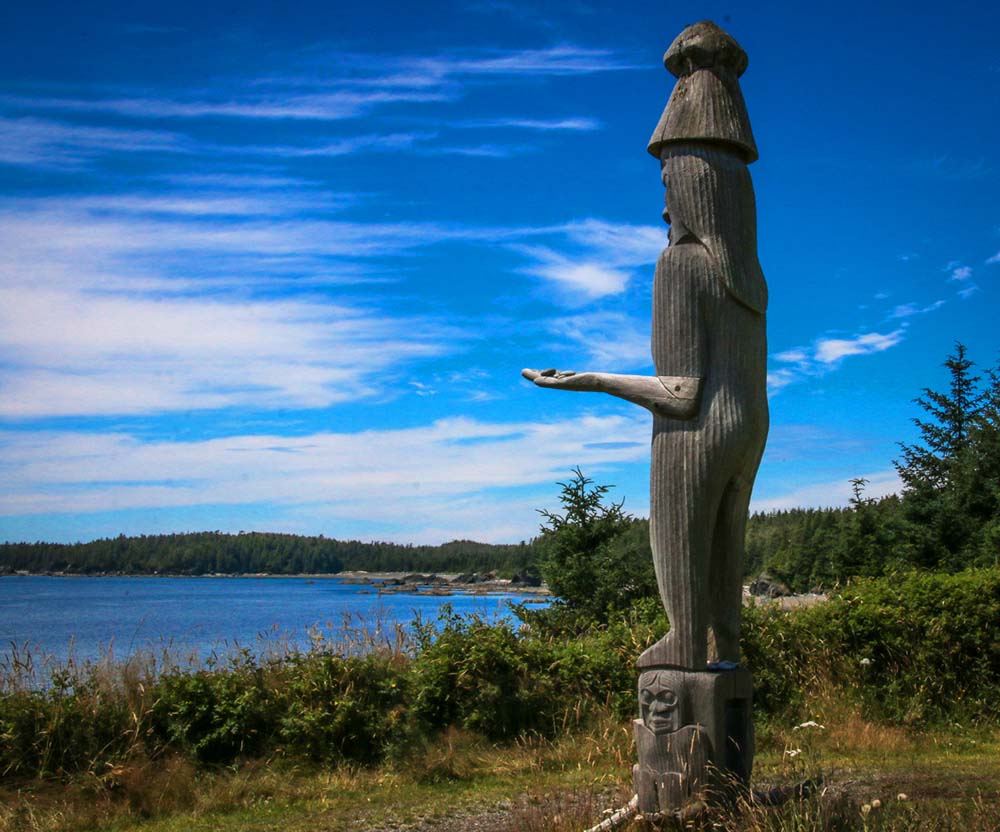 “Where winds blow from many directions”
…….

InMarch 1778, about 1,500 natives of the Nuu-chah-nulth (Nootka) confederacy of 13 First Nations were living in a summer village with wooden longhouses at Yuquot on the west side of what is now called Vancouver Island. Led by Chief Maquinna, they were hunter-gatherers, who lived from the bounty of the ocean, particularly salmon and halibut, as well as sea mammals and shellfish. They also hunted and gathered plant foods.

Can you imagine their surprise when two sailing ships, the Resolution and Discovery with enormous white sails and manned by people with pale skins, entered the cove. This was a momentous historic event, the first encounter of northwest-coast indigenous people with white men.

Captain James Cook had pulled in to make repairs and must have been pleased that the indigenous people were friendly. For a month the two parties engaged in trade with the natives providing sea otter pelts and the visitors supplying knives, chisels, nails, buttons and metal goods. Yuquot, which means “where winds blow from many directions”, was later renamed Friendly Cove due to the welcoming nature of the natives. (Today, the Mowachaht/Muchakaht First Nation, whose land it is, is reviving the name Yuquot.) 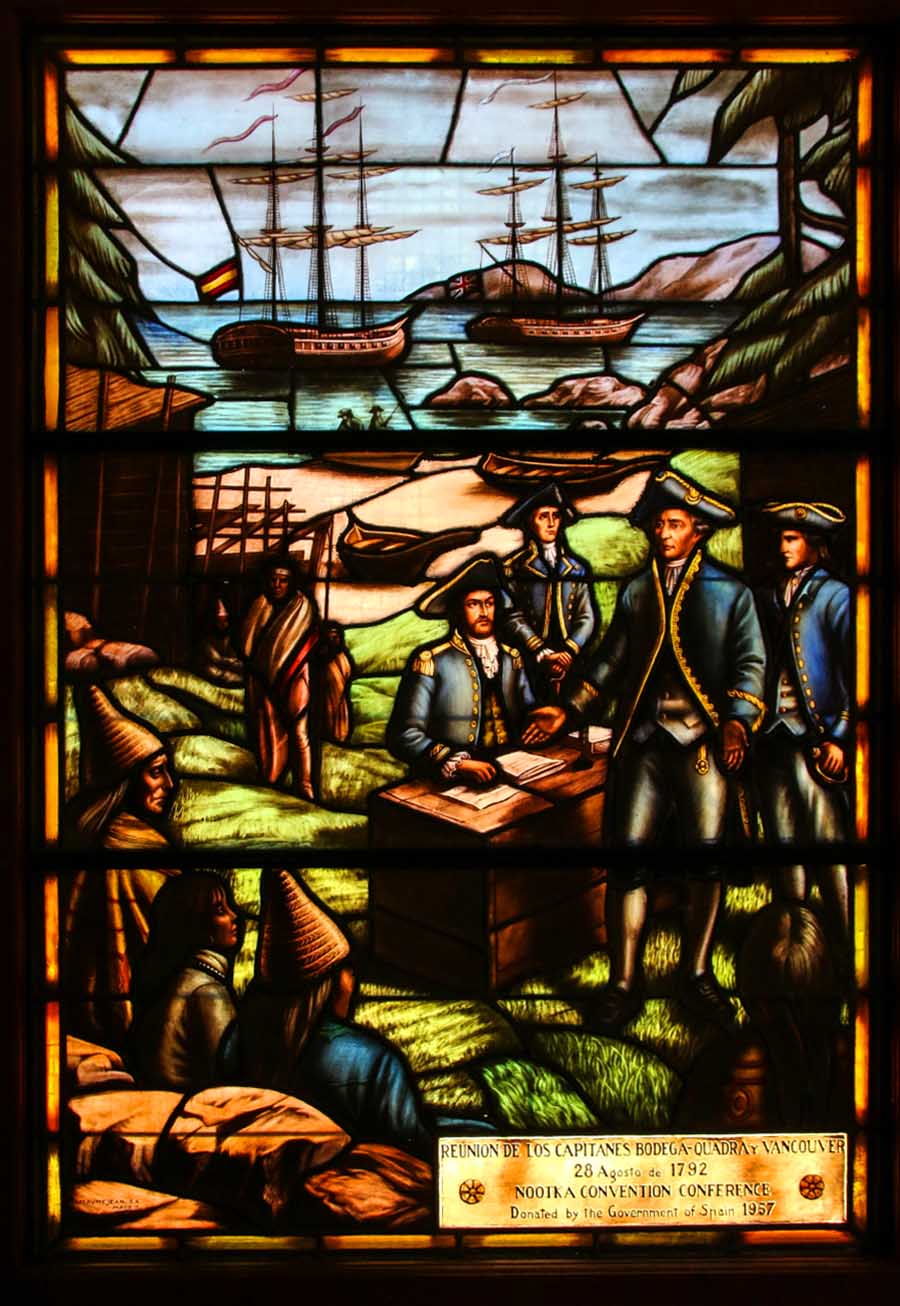 This encounter led to a frenzy of activity with numerous ships coming from Europe to trade for the coveted sea-otter pelts. Already living in a bountiful region, the local tribes now also received valuable trade goods. For the next few decades, the 13 Nootka tribes were the wealthiest in Canada, and Yuquot became known as the Centre of the World for the tribes of Vancouver Island.

Chief Maquinna, the leader of the Nuu-chah-nulth people during this fur-trade heyday, was a shrewd negotiator in trade, and played an important diplomatic role in completely different historical event. The Spanish were trying to claim this territory and tensions between them and the British flared. Chief Maquinna helped resolve the situation peacefully. He is still revered today. 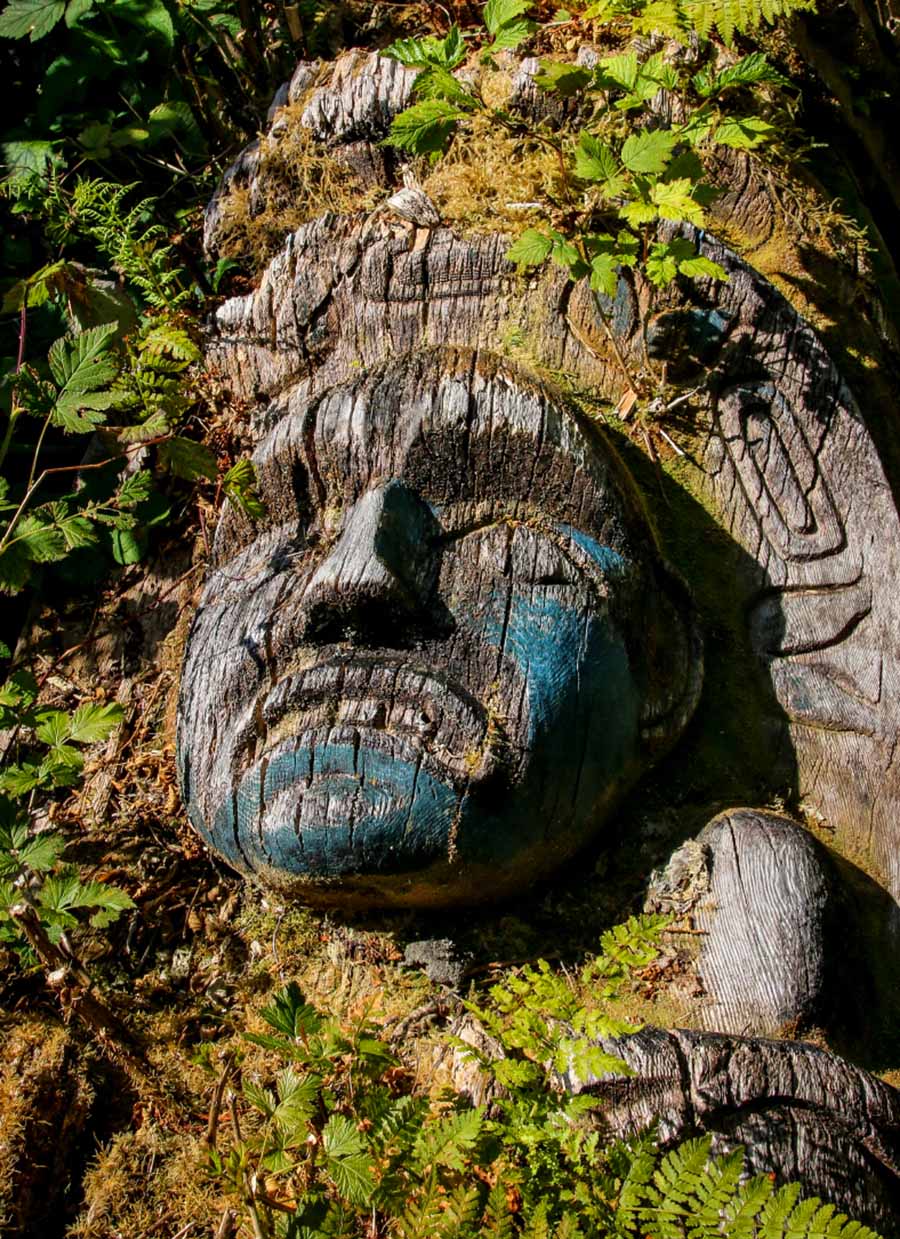 The late 1700s and early 1800s were the glory years for the peoples of this area. However, traumatic times lurked around the corner. First, the hunger for furs petered out and the last sea otter trading vessel departed the area in 1825. Then European diseases (malaria and smallpox) struck and, combined with cultural turmoil resulting from contact with westerners, by 1830 more than 90 per cent of the Nuu-chah-nulth had died. The federal Indian Act and residential schools followed, leading to a long period of effectively being second-class citizens in their own country.

Today, the Mowachaht/Muchalaht First Nation live on Tsaxana Reserve at Gold River, and consider Yuquot, which was declared a National Historic Site in 1923, a crucial part of their heritage. They recognize the historical significance of this spot and, as part of their economic revival, are working to make it a tourist destination. 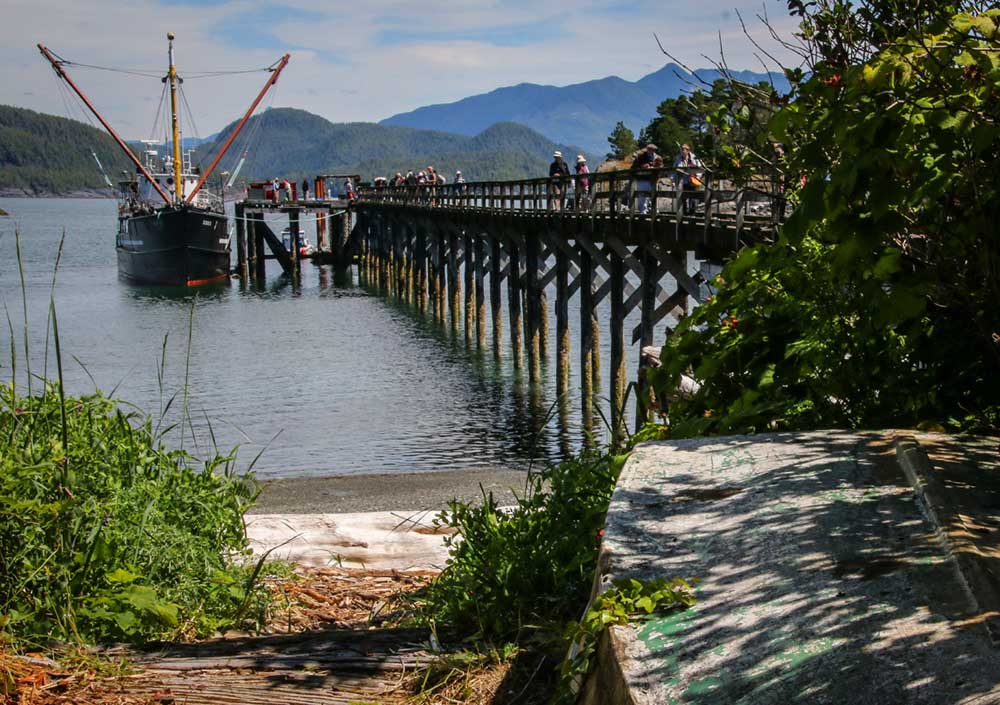 Eager to learn about Yuquot and its important history, my wife, Ally, and I headed to Gold River and, because there is no road access, boarded the Uchuck III, a converted 136-foot mine sweeper, which carries freight and tourists. The cruise, through a landscape of inlets, islands and mountains, was hauntingly beautiful. 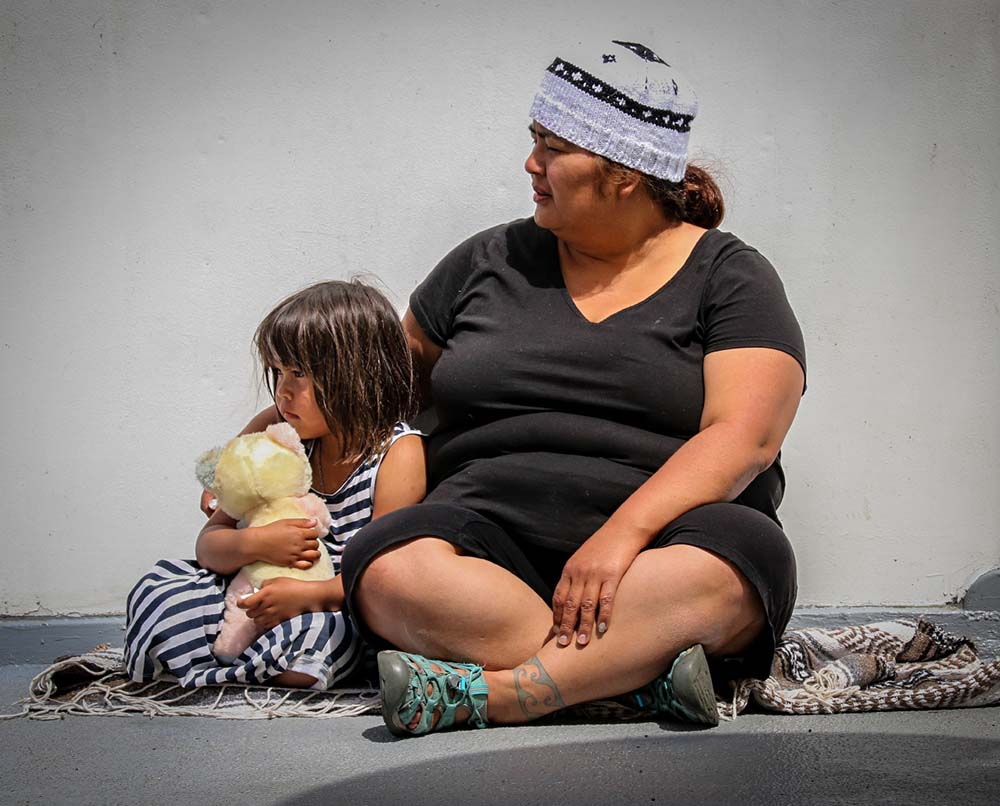 Reaching Yuquot we docked under the shadow of the lighthouse, built in 1911, which sits atop a rocky ridge. No permanent residents live here but visitors are attracted by nature, history and the southern terminus of the Nootka Trail.

It was still and peaceful, and I had the tingly feel of times past, for near the pier once stood the only Spanish fortification in Canada. Fort San Miguel was built with 16 cannons in 1789, only to be abandoned six years later. 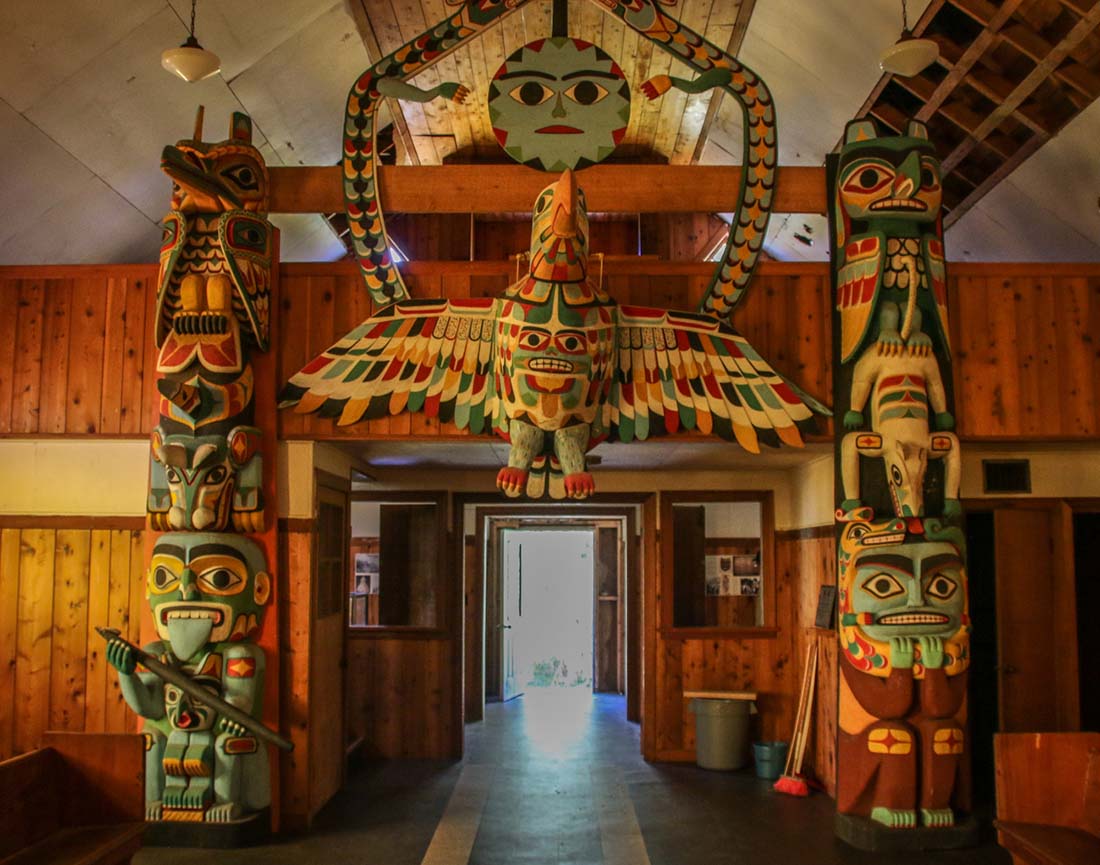 I imagined the lively past with longhouses fronted by totems lining the shore. On a low ridge a ten-foot-tall carved wooden welcome figure with outstretched arms faced the ocean, inviting visitors to come ashore.

We walked to a church, built in 1954 after the original (1889) burned down. Now a Cultural Centre, the inside is alive with large totems and colourful carvings of eagles, wolves and orcas of the native pantheon. 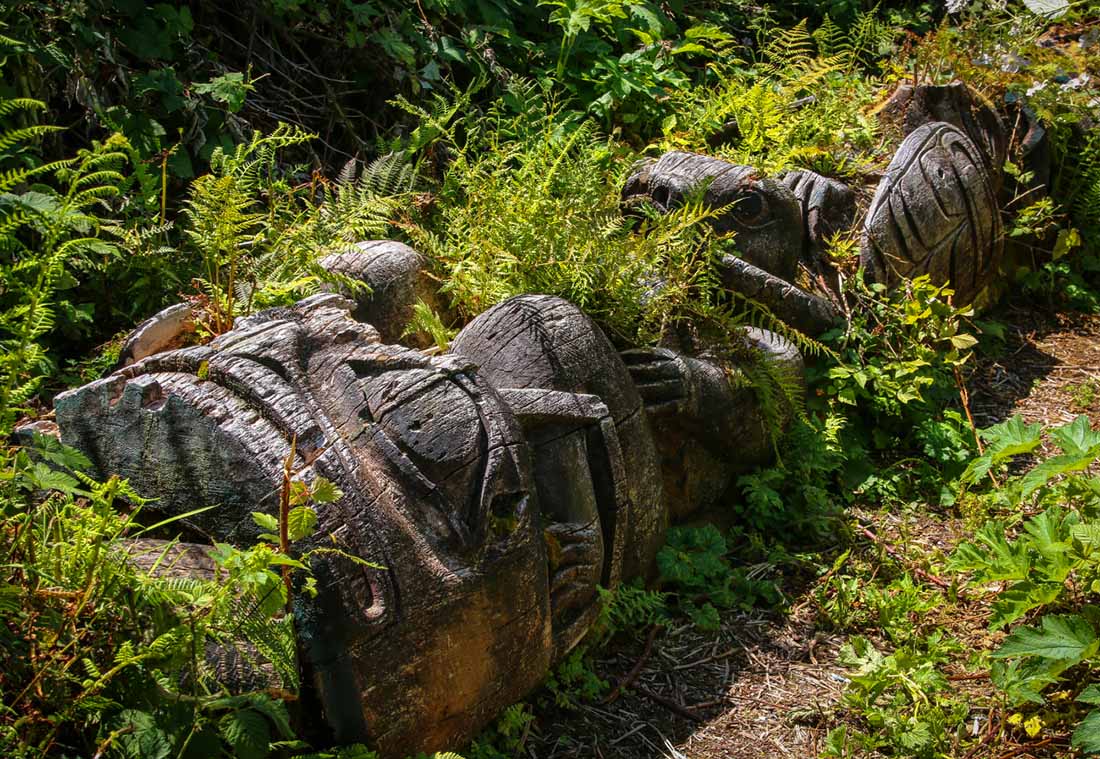 Under an azure sky Ally and I explored the lonely landscape. We found a totem pole, one of the faces still showing tinges of blue paint, lying abandoned in the shrubbery. Raised in 1929, high winds knocked it over in 1994. Nearby in a small cemetery old tombstones were sinking under green growth. 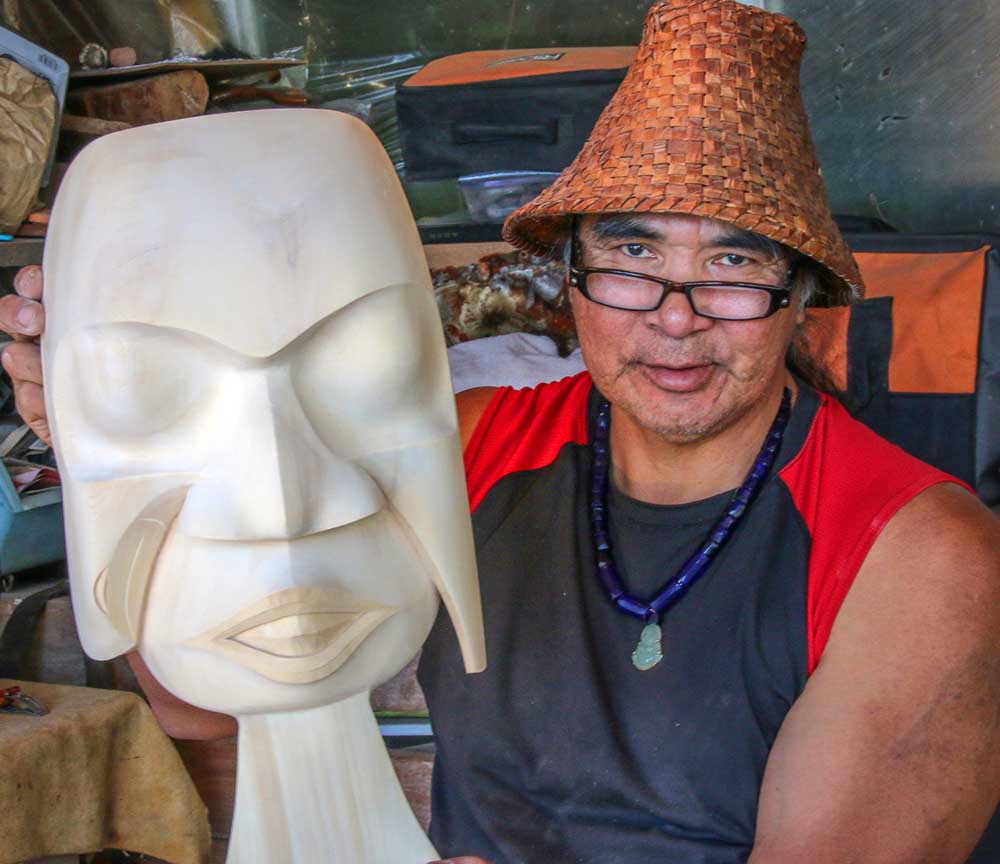 The shed of master carver Sanford Williams, who lives here in the summer months, drew us in. With a large human-face mask in his lap he explained how he suffered at residential school and later overcame alcoholism. Today he creates his carvings with handmade tools in the traditional way. Numerous art pieces were in the shed and he showed photos of totem poles and other creations. 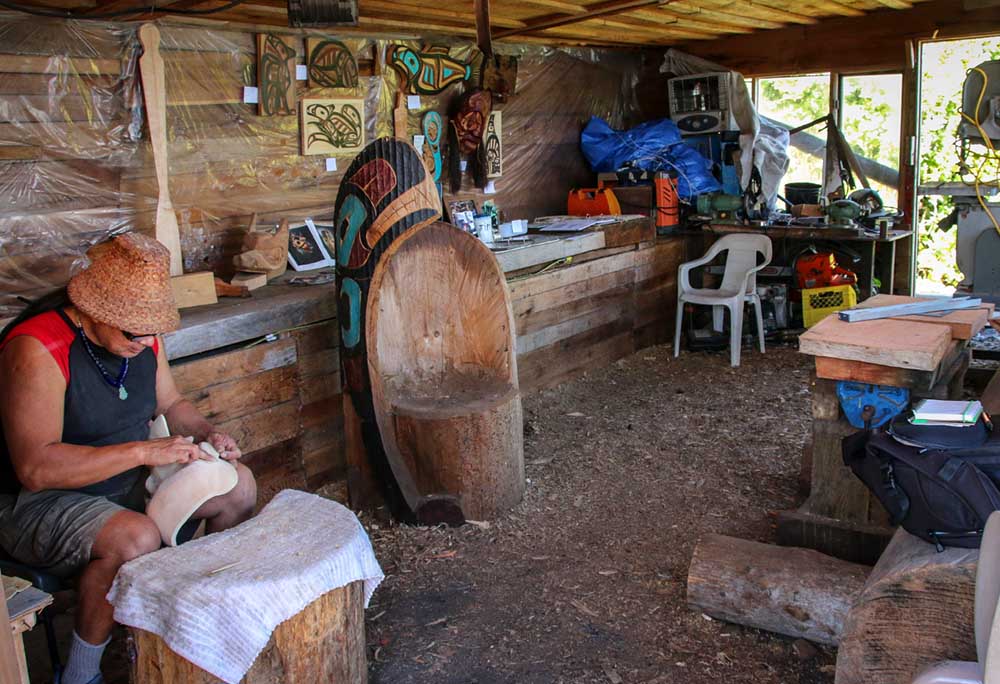 It was time to leave, but I lingered, admiring William’s beautiful carvings and paintings. They were a reminder of Yuquot’s glorious past, and a hopeful sign that a resurgence is underway. 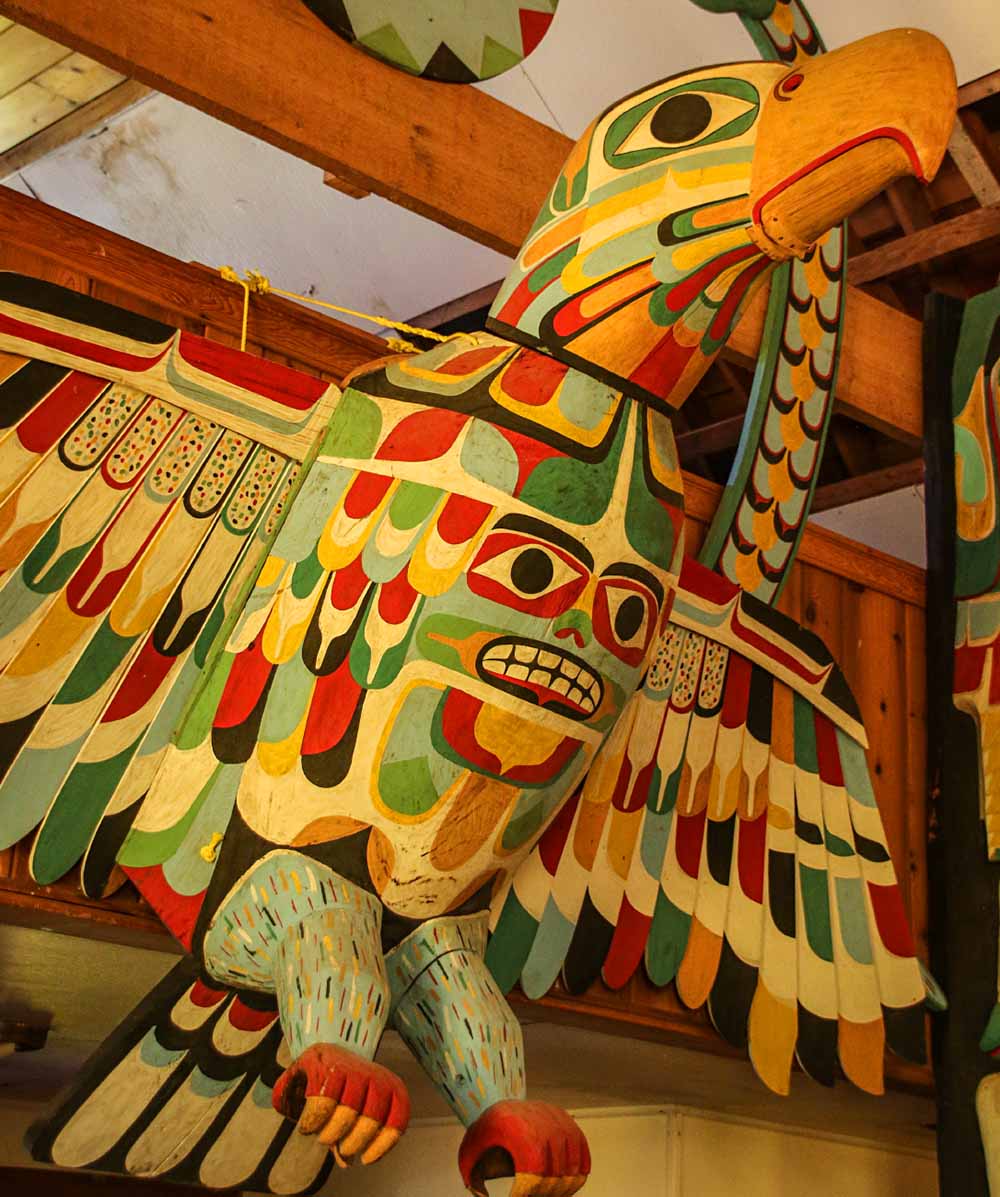 Previous
Haida Nation’s Economy Surges
Next
A Century of Remembrance