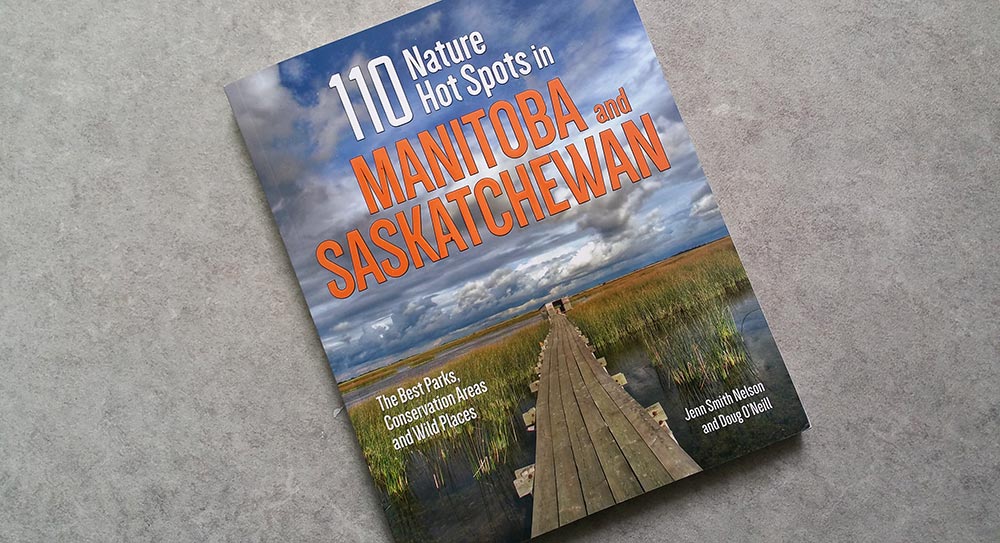 Colour-changing lakes, a mosh-pit of 50,000 snakes, a species of lizard not found elsewhere in the world and a lake that dramatically changes colour in a matter of hours. Manitoba is full of endless surprises. You’ll find them in the wilderness areas and nature spots throughout the province.
…….

A couple of years ago, I was sitting at Pearson International Airport in Toronto waiting to board my flight to Winnipeg when I fell into friendly conversation with two Americans from Colorado. Curiosity (or in-bred nosiness) got the best of me: “So what brings you fellows to Winnipeg?”
“Scuba diving,” they answered in unison.

That was not the answer I anticipated. I was ready to hear them talk excitedly about the prospect of seeing bison in Riding Mountain National Park or polar bears in Churchill. 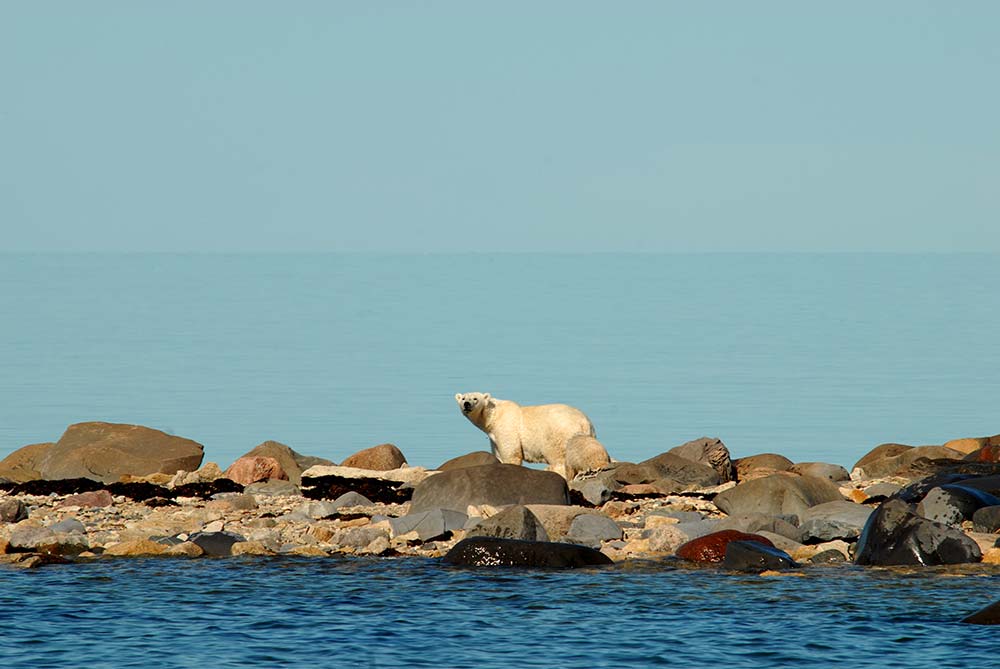 But I was definitely not prepared to hear these blokes talk so enthusiastically about scuba diving – in Manitoba. Really??? To be honest, my ego was ever so slightly bruised. At the time I had just started preliminary research on a book about the best outdoorsy and nature hot spots of Manitoba (it’s since been published – see below), and scuba diving hadn’t crossed my radar. These guys were clearly onto something I had missed.

Turns out the two visitors from Colorado were heading to a scuba diving centre at West Hawk Lake, the deepest lake in Manitoba. The lake, the result of a meteorite crashing into the earth millions of years ago, reaches 115 metres in places and the main dive site is called Cat’s Ass. 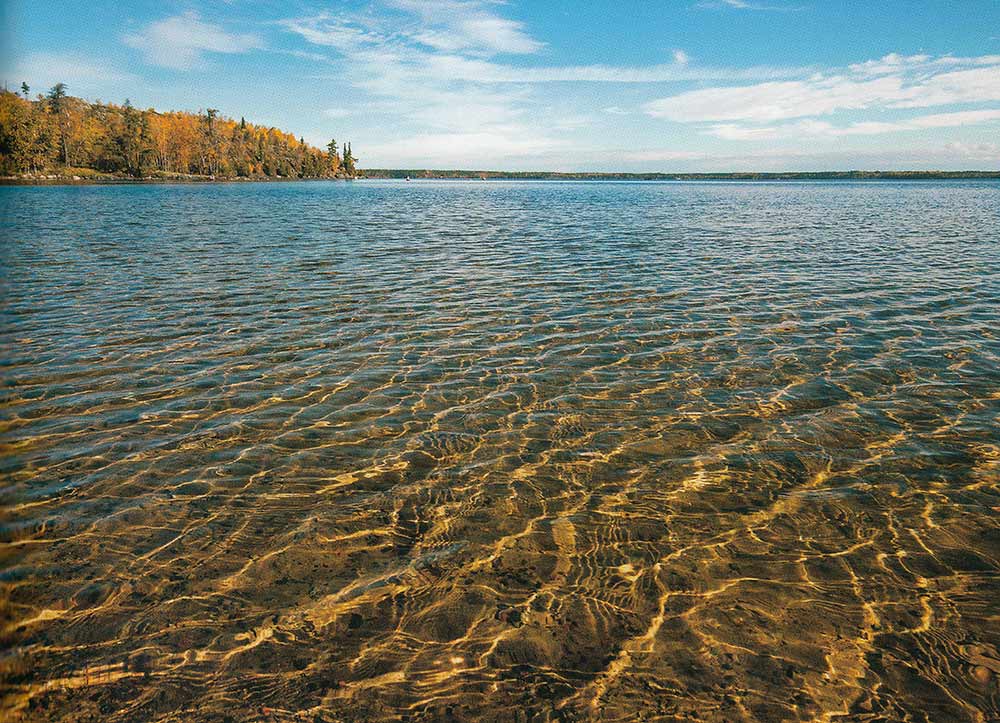 Of course, West Hawk Lake eventually found its way into the book, “110 Nature Hot Spots in Manitoba and Saskatchewan: The Best Parks, Conservation Areas and Wild Places,” which I co-authored with Saskatchewan-based writer Jennifer Smith Nelson.

My surprise discovery of scuba-diving in Manitoba unintentionally set the tone for the book – which I mentally subtitled “Tales of Unexpected Nature Encounters in Manitoba.” Shortly after my encounter with the travellers from Colorado, a Winnipeger suggested I check out “The Caribbean of Manitoba.” I didn’t need any further prompting. Gut instinct suggested I heed the local’s advice, which I did. 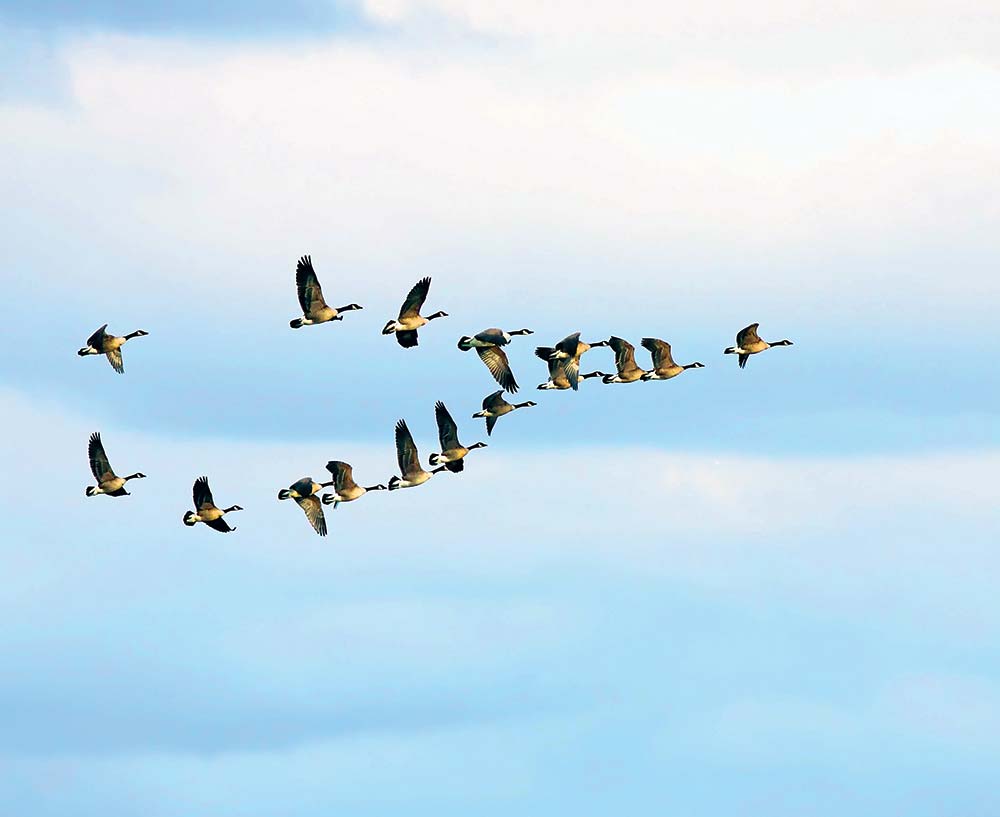 And that’s how I discovered Little Limestone Lake, the world’s largest, colour-changing marl lake in northern Manitoba, close to Thompson. I checked out the lake at 10 one morning and revisited about five hours later. What had been a beautiful turquoise colour in the morning had transformed into a shockingly beautiful hue of robin’s egg blue by the end of the afternoon. I’d never seen a body of water change colour so dramatically – nor so quickly. I learned that it wasn’t a trick of Mother Nature but of natural science: The marl lake effect occurs when the rising temperatures of the water interact with the calcite in the limestone, resulting in this colour-changing phenomenon. (It’s worth the four-and-a-half hour drive up Highway 6.) 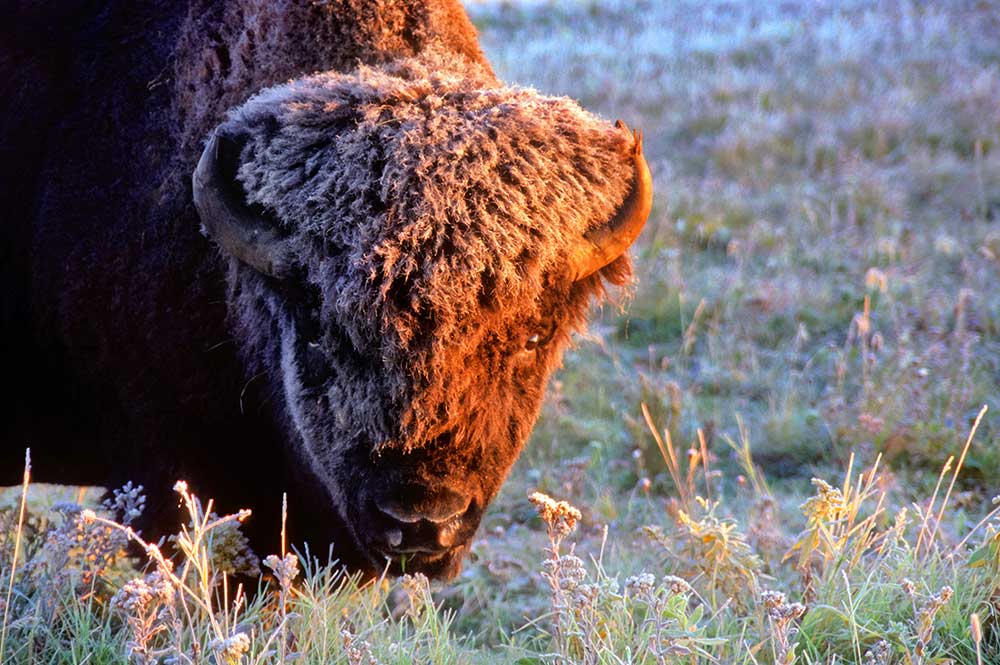 The surprise nature elements continued to reveal themselves the more I explored the nature hotspots of Manitoba. Thinking back, I now realize it was an unexpected nature encounter that first made me fall hard for Manitoba a couple decades ago. 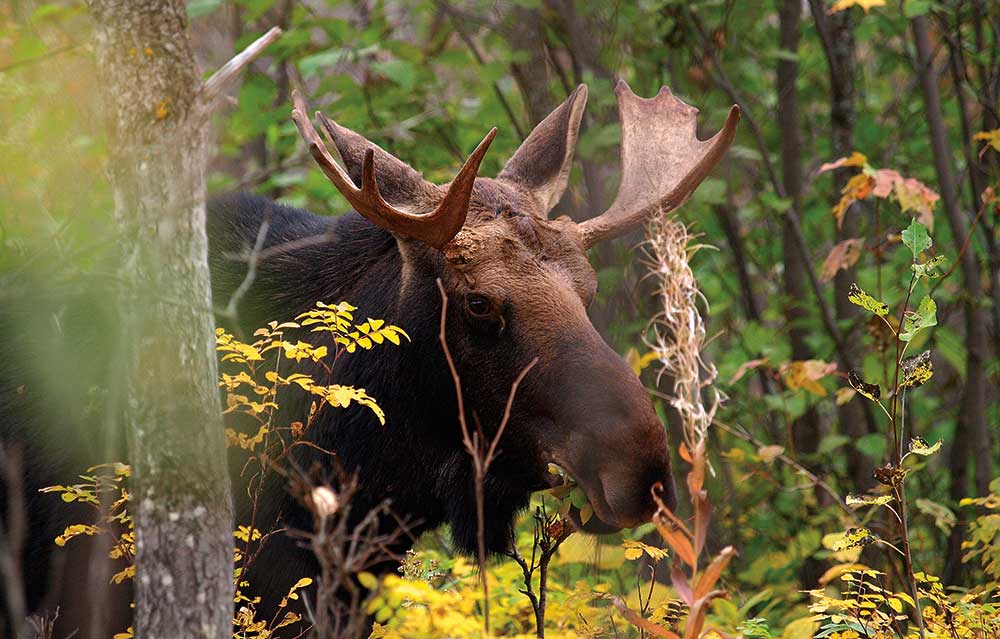 My first road trip through Manitoba was the result of a broken-down train. Like many Ontario university students, I bought a cheap train ticket one spring and headed west for the summer. My goal was a dish-washing job in the Rocky Mountains, but a train engine failure resulted in an unexpected two-day stopover in Winnipeg (which I subsequently stretched to four). I quickly befriended a gaggle of other equally penniless university students, pooled our cash, and rented a car. Someone mentioned Whiteshell Provincial Park, which is about 130 kilometres east of The Peg. I’d never explored Manitoba so I leapt at the opportunity. I fully anticipated Prairies, endless farmland and iconic Red River Valley scenes. There was that – but what I did not expect were the pink granite cliffs in Whiteshell Provincial Park. (Yes, this earned a chapter of its own in the book.) Clearly this prairie province was more than met in the eye when flipping through geography textbooks. 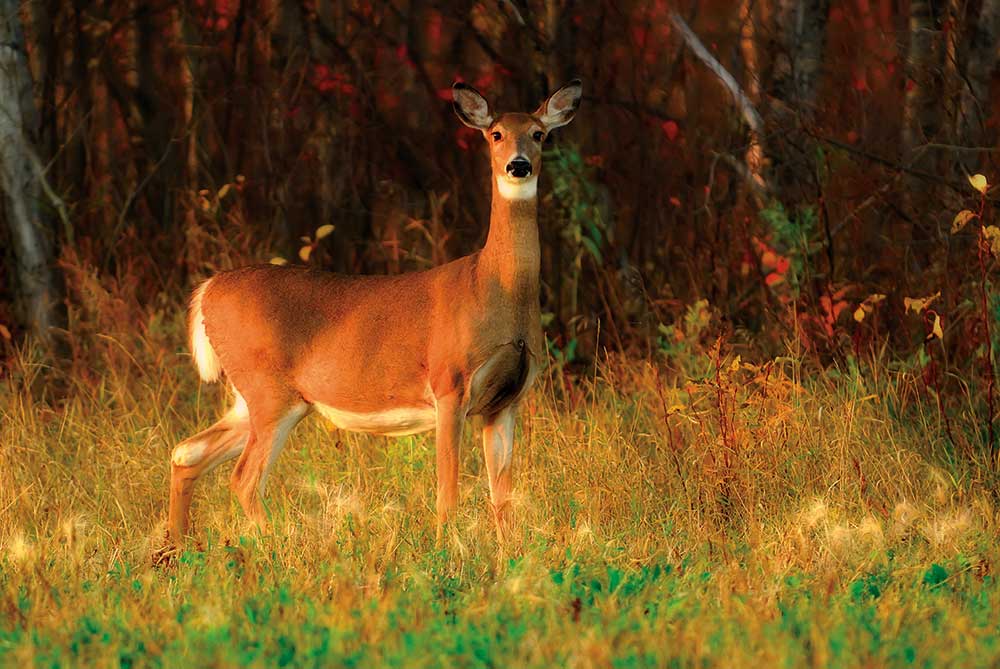 A suggestion from a server in a coffee shop in Dugald, Manitoba, to check out the informally named Waterfall Trail clenched the deal to extend our visit by another couple of days. I had not equated waterfalls with Manitoba – and there are plenty: Pisew Falls (pictured), Kwastichewan Falls, Wekusko Falls and Tulabi Falls (a great reason to head to Nopiming Provincial Park), to name a few. You can actually visit a handful of Manitoba’s waterfalls without leaving Whiteshell Provincial Park, which is home to Rainbow Falls, Sturgeon Falls, Mcgillivary Falls, Viburnam Falls, Acorn Falls and Hunt Lake Falls. 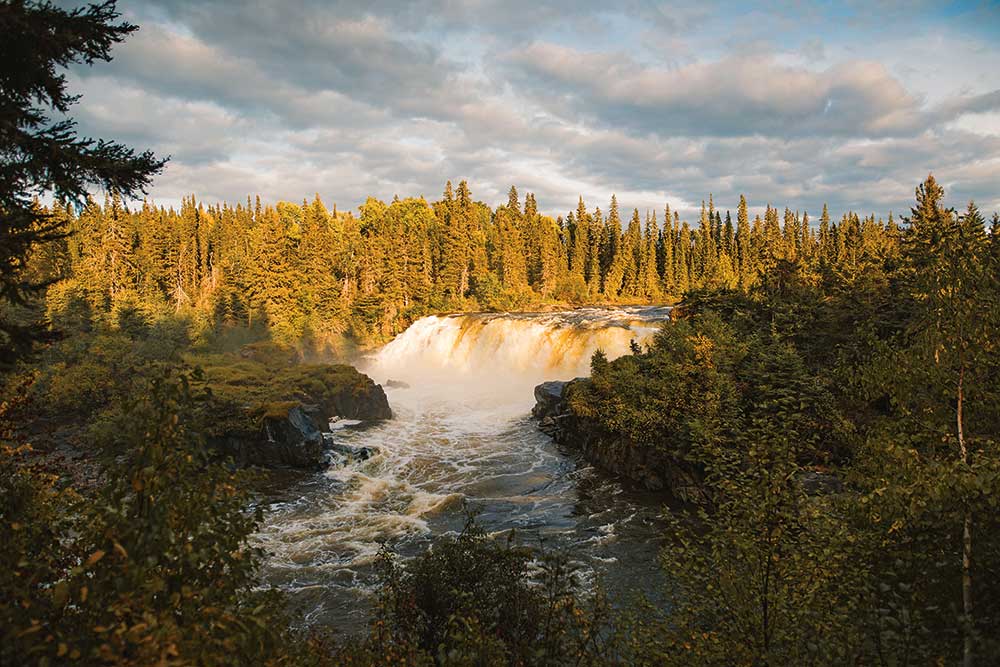 Spruce Woods Provincial Park (near Glenboro in south-central Manitoba) had a similar surprise in store for me, namely the Prairie Skink, the only lizard found in Manitoba. But the unexpected nugget of nature that prompted me to revisit the 26,900 square-hectare park were the desert-like sand dunes. The wind-swept mounds of sand were a totally surprise – as was were the cacti. 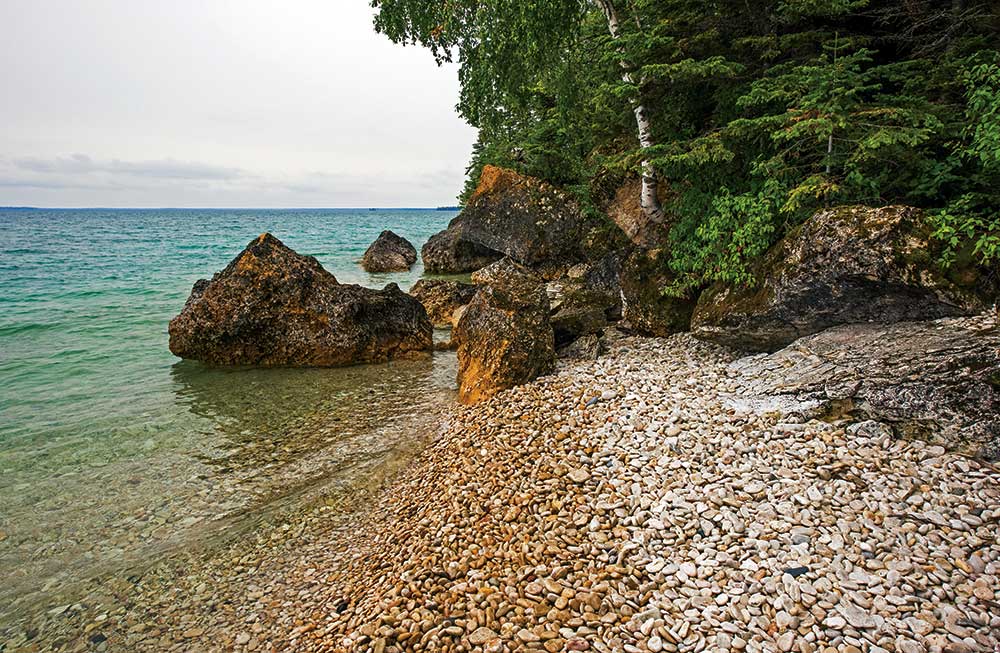 Manitoba easily satisfies every nature-lover with a bucket list: polar bears (Churchill, check), free-roaming bison (Lake Audy in Riding Mountain National Park, check), beluga whales (the shores of Hudson Bay, check). But the real beauty of Manitoba, I think, lies in the unexpected treasures Mother Nature has bestowed on this beautiful province. The key is to look for them in the outdoors, in the wild places, in the unexpected nature hotspots. 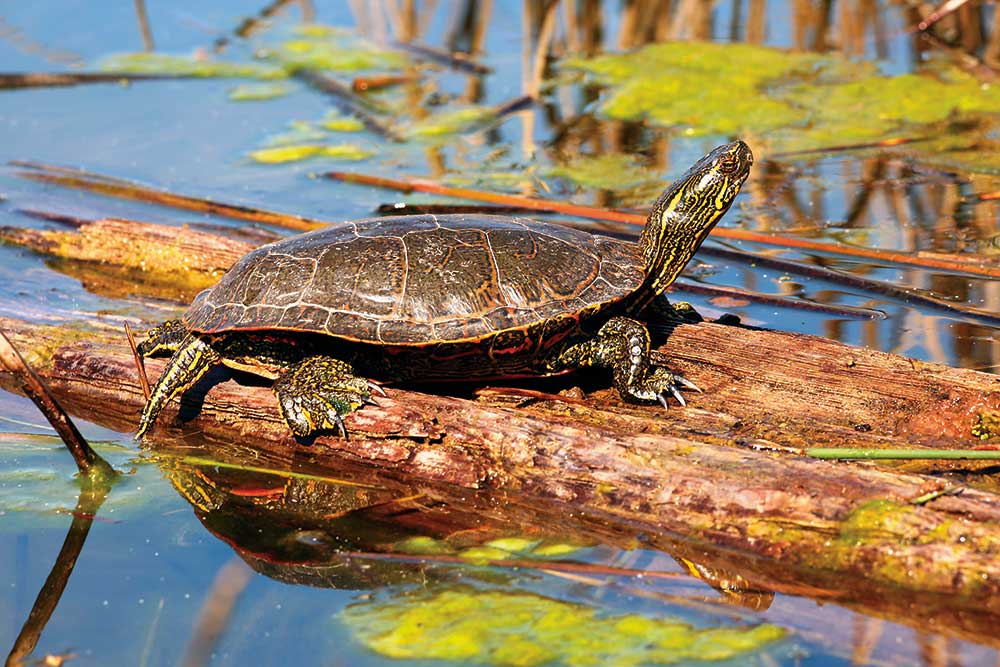 Doug O’Neill is the co-author, with Jennifer Smith Nelson, of “110 Nature Hotspots in Manitoba and Saskatchewan: The Best Parks, Conservation Areas and Wild Places,” published by Firefly Books.