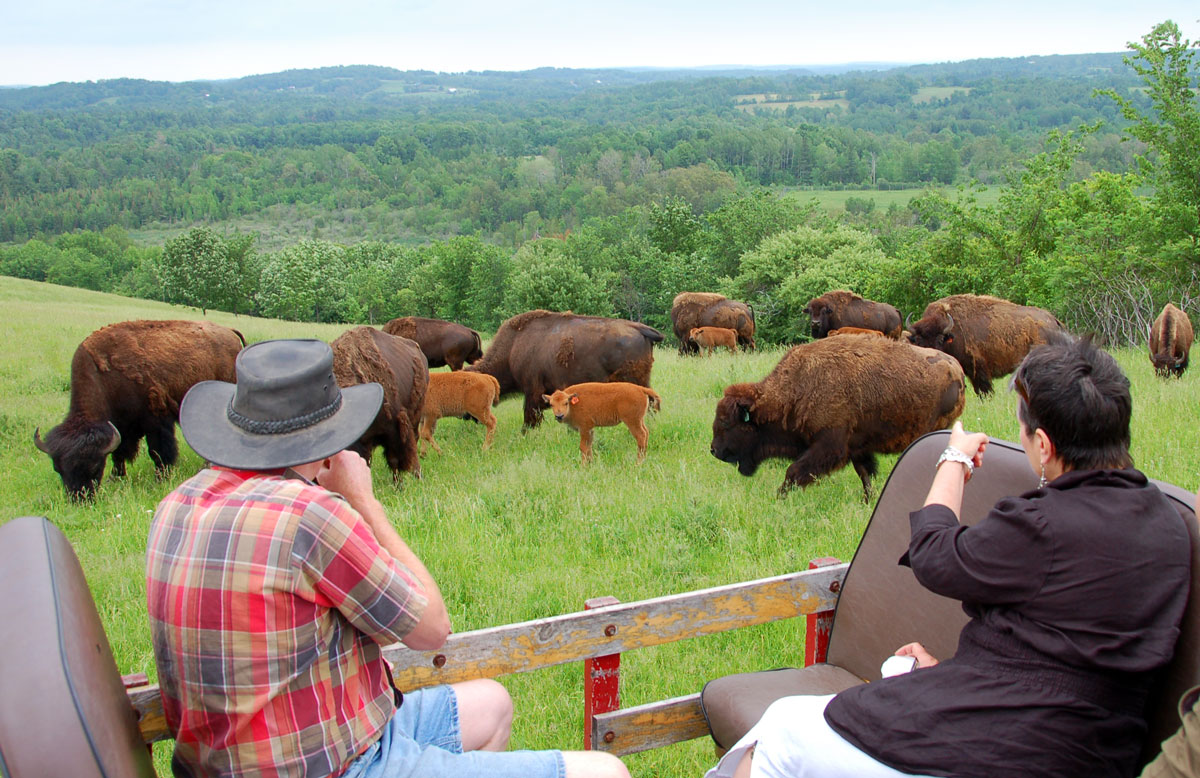 At the Century Game Park, four of us bounced up and down on the seats as Rod drove us high into the Northumberland drumlins to meet his buffalo herd. Bellowing to the herd grazing on the high grasses to “C’mon, C’mon” and eventually they did come and surround the pickup.  It was a surreal experience. The wind was blowing and we could hear the herd munching on the long drumlin grasses as Rod recited his poem, “The Life of Bison”. 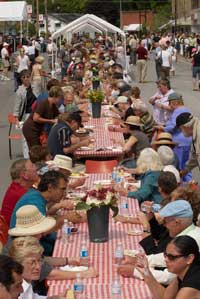 We also had lunch at the Oak Heights Winery. The meal was exceptional and the chef and the house white are getting some rave reviews. Nearby Warkworth is hopping. Besides its Long Lunch every third Saturday in August and its Perfect Pie Contest in early November, this friendly town’s great little shops are fun to browse. They include the Lionheart Baking Studio and its great breads, Eclectic Mix which carries all kinds of neat local artisan finds and the 100 Mile Diner which celebrates local producers. These are all additions to existing places of interest like Frantic Farms Clay & Glass Gallery which has a strong Toronto following. Check out our Dooher’s Bakery post too. It’s also worth a stop if you are in the Campbellford area of Northumberland County.

Island Spirits is a new eco island destination in the middle of Rice Lake. Owned by a former Golden Girl (from Golden Beach Resort) and her two twenty-something kids, the island features new, off-the-grid eco cabins that have spectacular lakeviews that make you believe you are the only ones on the lake. One sleeps up to six in its second story loft. The other is fashioned as a honeymoon cabin. Each is well spaced from the other on the 25 acre island so, no need to worry about your neighbours at the island’s outdoor shower heated by solar panels. We visited on a breezy June day and I was curious how warm the water would be and was astounded. It wasn’t just warm but deliciously hot.

One of the eco-lodges at Island Spirits in Rice Lake

Who’da thunk it but at one time in history, much of southern Canada was a giant Tallgrass Prairie stretching from Ontario all the way to the Rocky Mountains in Alberta. Today, barely 1% of Tallgrass Prairie is left in the world but in a tiny corner of Northumberland County, there’s a brave attempt to restore some of the Tallgrass Prairie in Ontario. Led by Alderville First Nation with the support of the Nature Conservancy of Canada and Environment Canada, Alderville’s Oak Savanna is worth checking out. Janine McCloud, a Savanna interpreter and Rick Beaver, the main man behind the Alderville Tallgrass Prairie took us on an afternoon tour. We were introduced to all kinds of native plant species including some that the First Nations elders have successfully used in the treatment of certain cancers.

All in all, this region of Ontario is definitely one not to be missed.