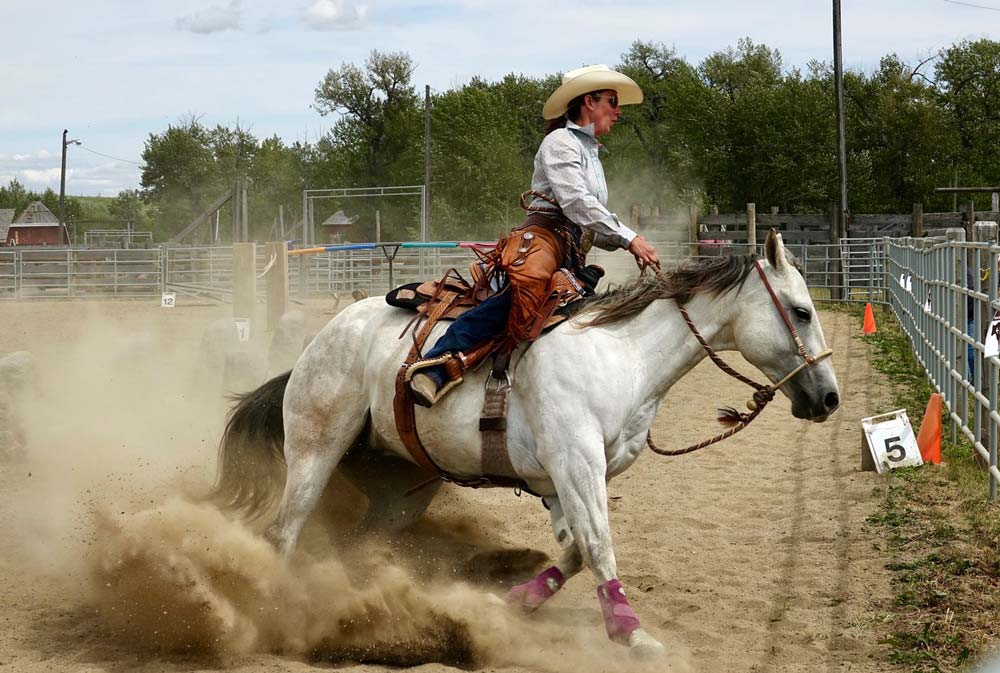 Fearless cowboys are riding the range once again at Bar U Ranch National Historic Site. They may be racing past stuffed bears instead of real ones but I set out to see how the only Parks Canada site dedicated to ranching, was making what was old, new again. 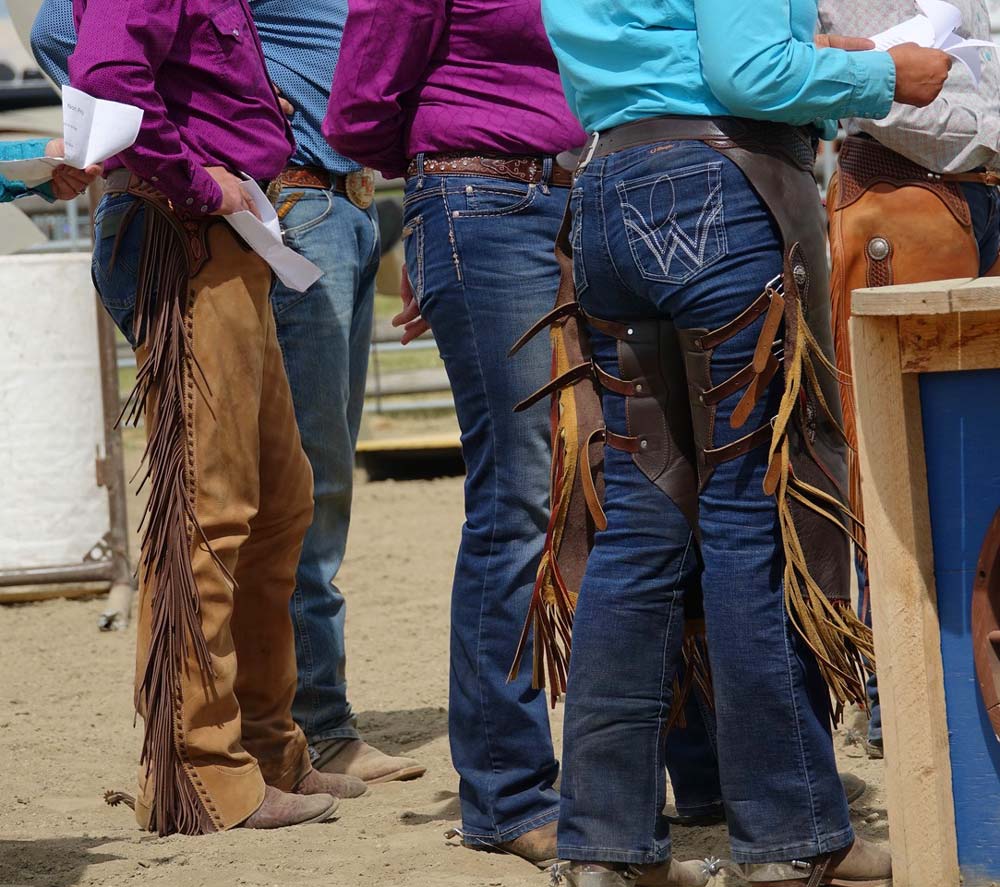 The Bar U was one of the giant corporate ranches created in the Canadian west during the 1880s when cowboys needed grit, skill, and trained horses to herd cattle across vast stretches of unfenced range. Similar human-horse partnerships came to life this summer when Extreme Cowboy Alberta hosted a two-day event at the Bar U. Fifty competitors leapt rails, opened gates, left their horses untied, and mimicked other challenges faced by early cowboys. 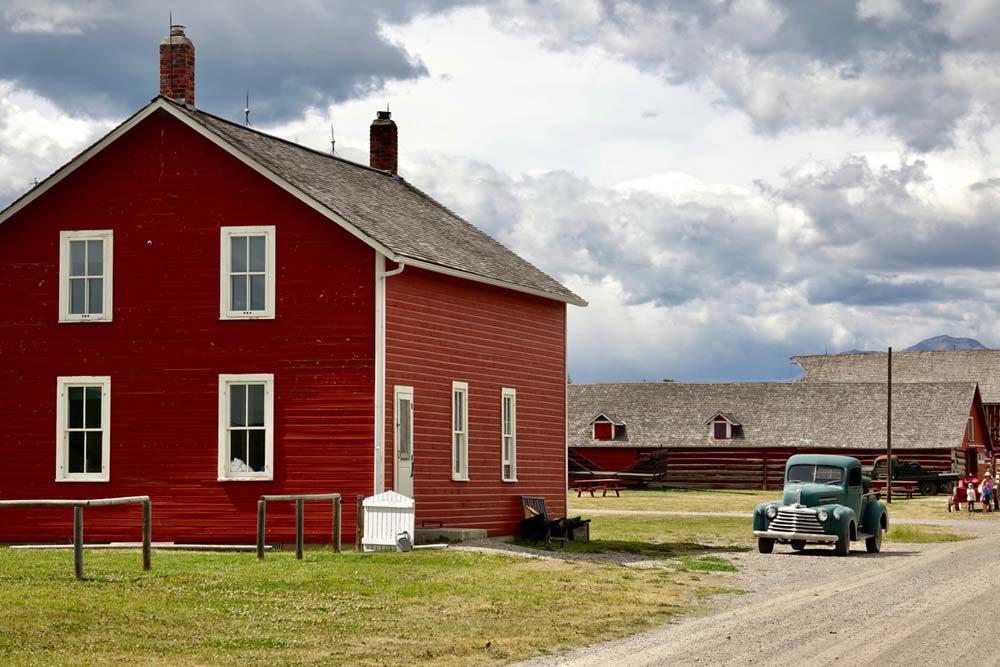 The Bar U Ranch boasts an impressive collection of historic buildings.
. . . . . . .

With one of Canada’s largest collections of classified historic buildings in Parks Canada’s system, it’s easy to picture leather-chapped, tobacco-chewing ranchers of old saddling up in the shadow of the Bar U’s candy-red wooden barn. But riders giddying up at Extreme Cowboy events are more likely to use lipstick or wear sequins than twirl a moustache. 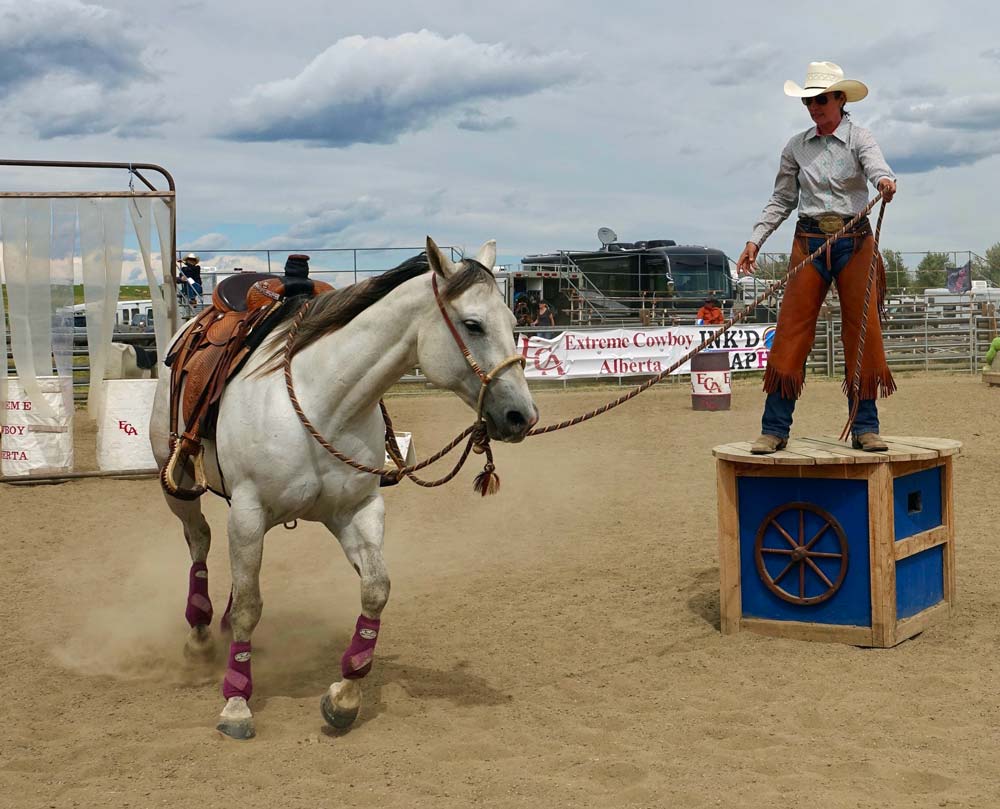 I watched a muscular gray horse skid to a stop, dust billowing around its feet in the dry arena as it rolled back the way it came, rider Steph Larson controlling the horse’s direction and speed as precisely as a Cessna pilot on final approach. Her horse leapt over poles balanced between lime-green stuffed frogs, perhaps not a traditional obstacle but a good horse will ride confidently past any hazard, regardless of vintage or hip factor. 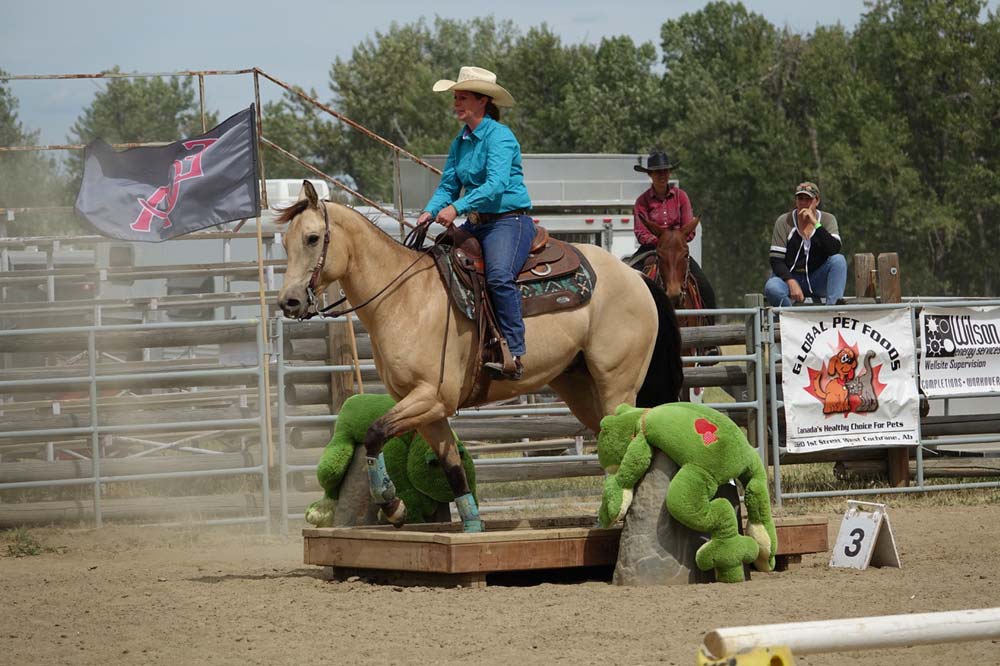 After two days of racing in events ranging from green horse to pro, eighty percent of winners would be female. Tall, blonde-haired Christine Gray, Chairman of Extreme Cowboy Alberta, is a competitor herself and mother of Arianna Gray, a double world champion. She offered her take on why Alberta women race so well . . .

“When I see men racing, they like speed. It doesn’t mean women don’t like speed, but they seem to spend more time on finesse.”

With riders judged on form as well as function, attention to detail yields extra points. 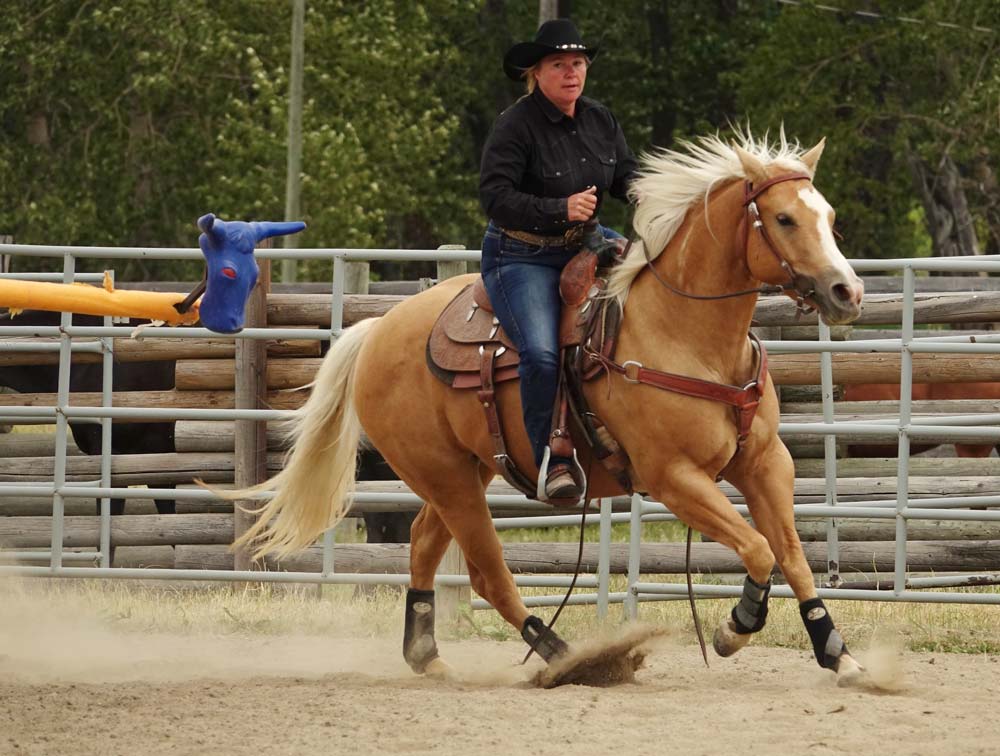 Brady Hambrook got on his first horse at two, rode in the Calgary Stampede parade at five, and entered an Extreme Cowboy race at eight. He likes Extreme Cowboy because “the goal is to desensitize your horse to things that scare it. You need to be calm and you need to be able to remember more than one thing at a time.” 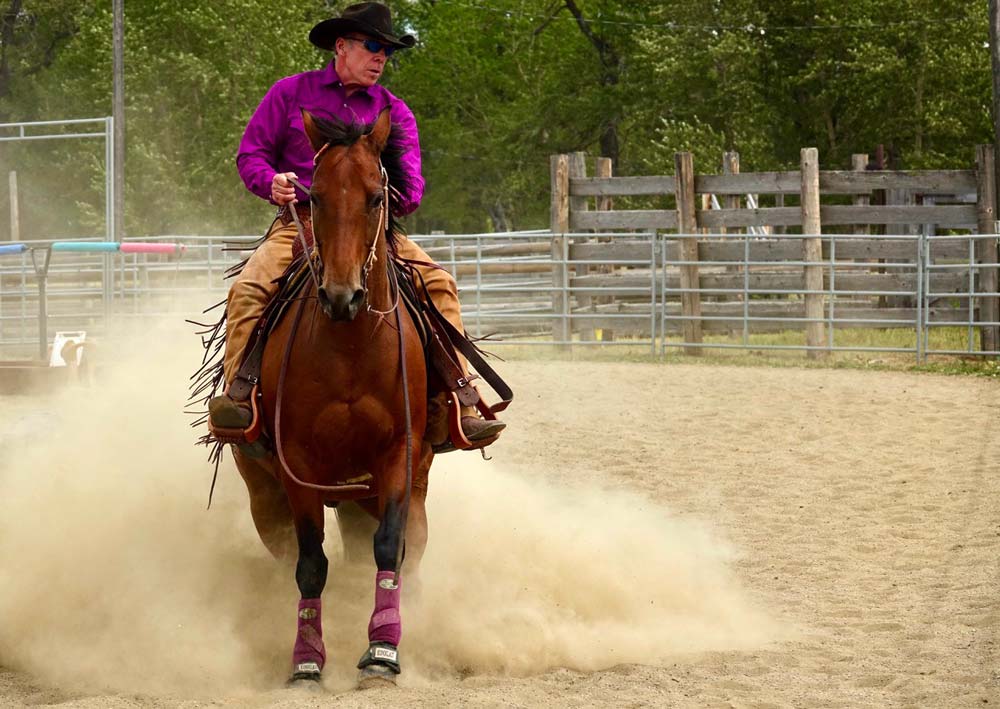 Participants ride against the clock and through a variety of obstacles at Extreme Cowboy Alberta events.
. . . . . . .

Hambrook’s Alberta looks much different than the one residents of Bar U would have experienced; for him, the chance to ride at the historic site was appreciated. “You could tell there was actual history. You could see for miles and it had this rustic feeling. It feels great that we still have places like this.” 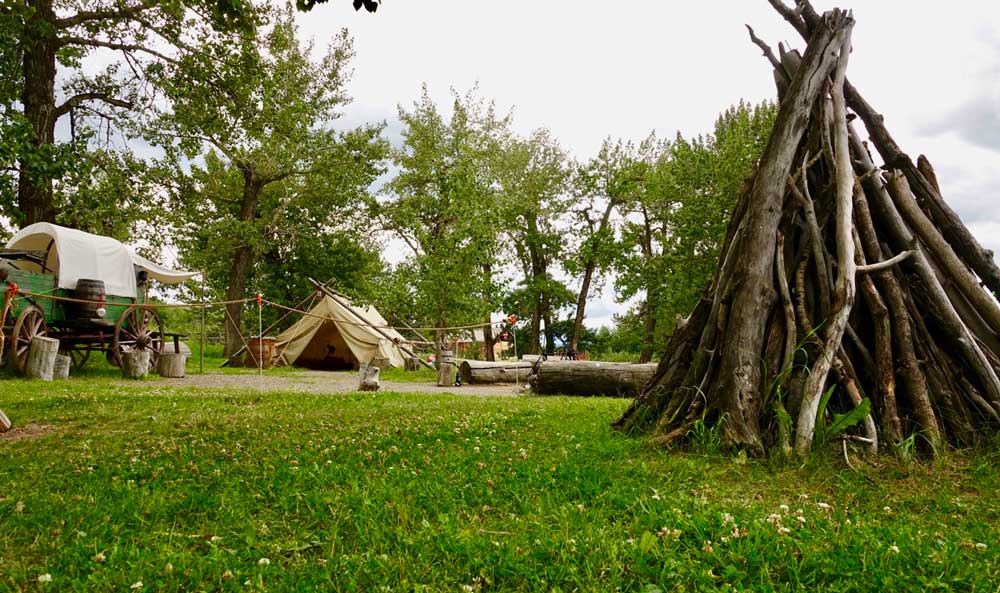 The Bar U Ranch and the other corporate ranches were training grounds for many cattlemen but they also served as placeholders in Canada’s nation building. In the 19th century American ranchers were grazing cattle in the foothills of what we now call Alberta and the Canadian government, fearful these lands might become part of the U.S., came up with a clever scheme to offer grazing leases at a penny per acre to Canadian investors hoping new ranches would thwart American expansionism. 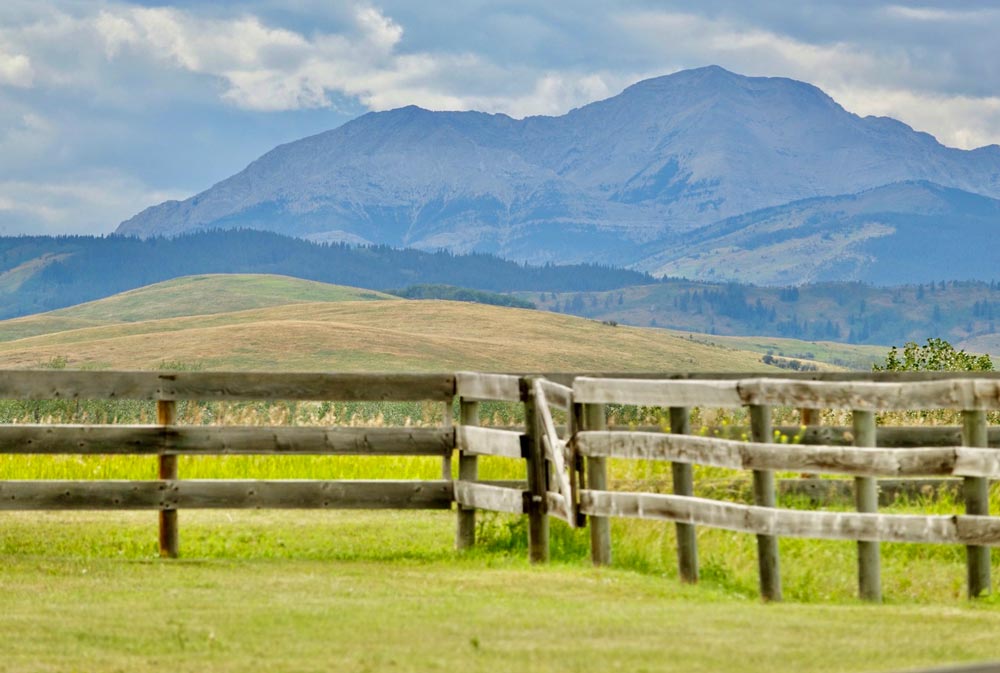 Bruce, a long-time Bar U Ranch interpreter, leaned against an antique Mercury truck and gave me a history lesson I wish I’d heard in school. He encapsulated how these ranches served national interests, “They gave the government time to finish the railway to British Columbia and to survey the prairies (to provide lots for homesteaders) while maintaining a Canadian presence.” 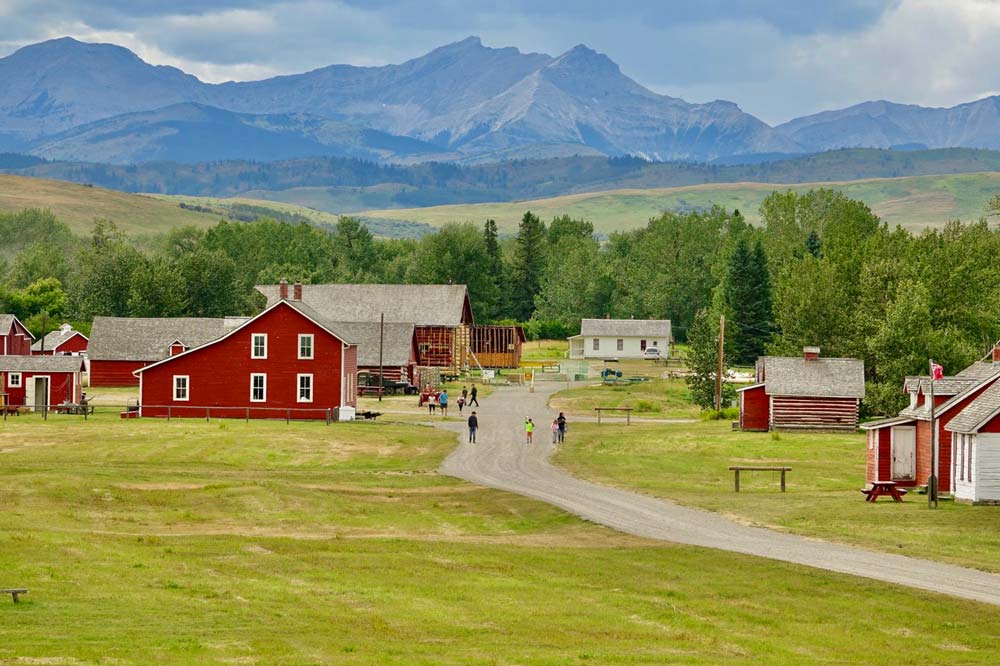 He explained that Bar U wasn’t the largest of these ranches or the oldest Canadian ranch but it had an impressive inventory of historic structures and in the high interest days of the 1980s, owners motivated to sell. Well-situated down the road from the E.P. Ranch (once owned by His Majesty King Edward VIII), Bar U Ranch offered a colourful slice of Canadian history a one-hour drive from Calgary. 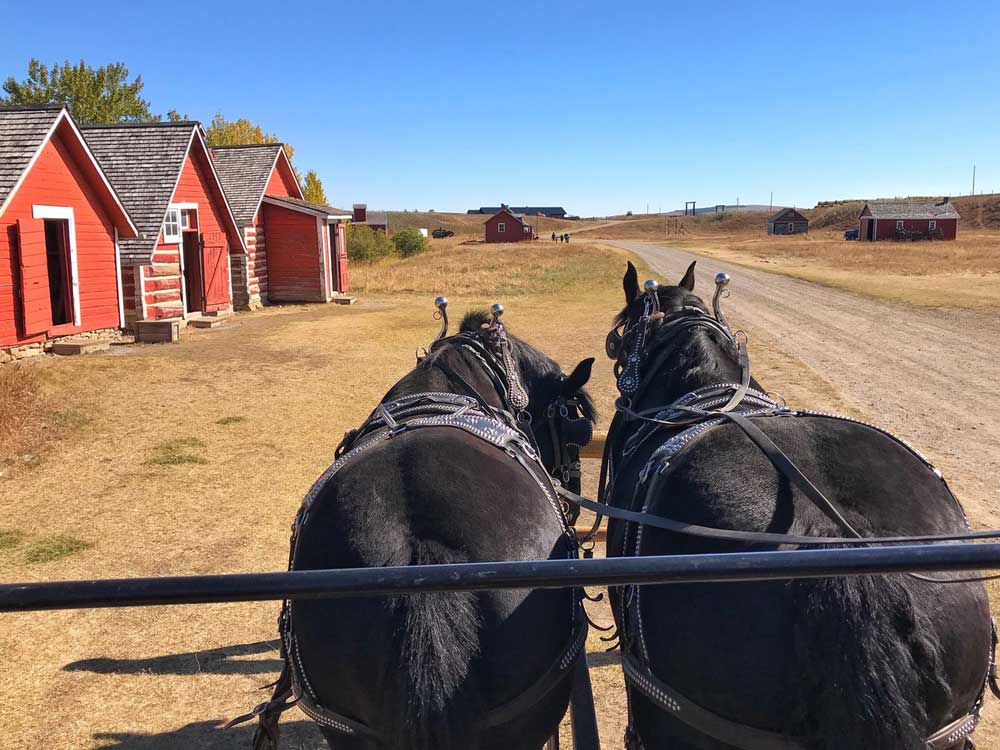 Today visitors can take a physically-distanced ride in a horse-drawn wagon (Percheron horses were once bred here), listen to stories around a campfire, or hike a new nature trail. Site Manager Dylan Spencer supervised heavy equipment while offering visitor recommendations, “I encourage families to visit and try the new Rangeland Trail. We have a 370-acre landscape people can enjoy in many ways.” 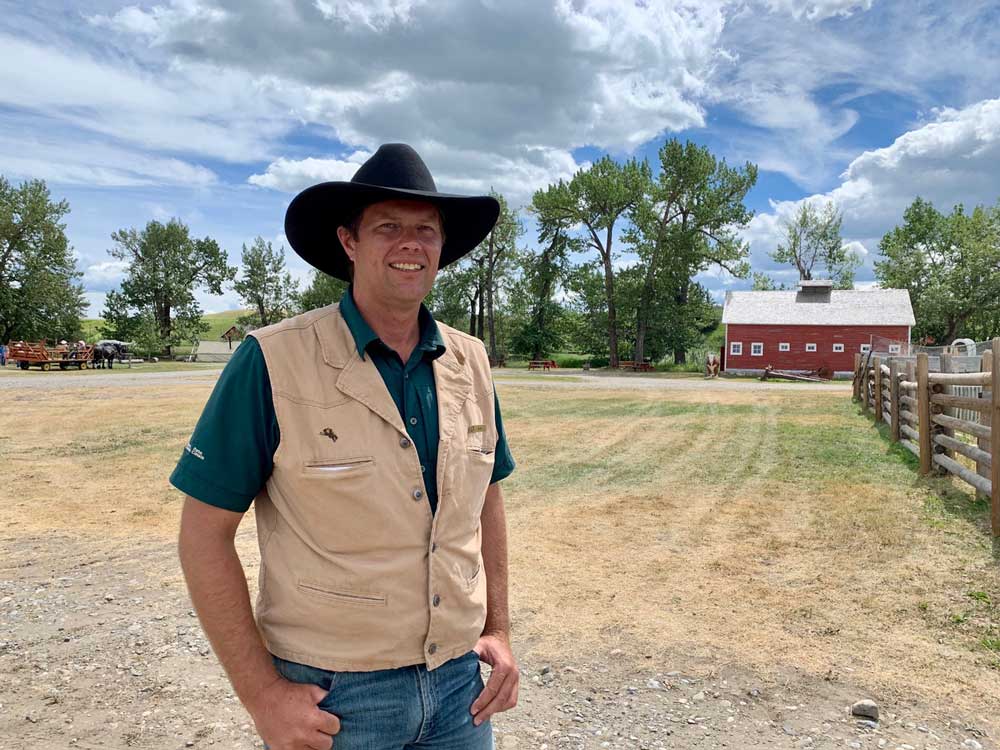 New this summer is a First Nations display operated by Nakota Îtipi n Ryder Style Craft, a newly formed ecotourism company operated by Travis Jimmyjohn and Ronine Ryder from the Stoney Nakoda Nation. As I wandered over, Jimmyjohn pointed at a plain white tipi and stated, “this style is pre-Bar U. The designs are only added when the tipi owner had a vision. This tipi is owned by Parks Canada; it doesn’t have a traditional design.” Jimmyjohn explained how Stoney Nakoda people worked at the Bar U Ranch and were important contributors during both world wars when labour was scarce; in fact, several families considered this area their homeland. 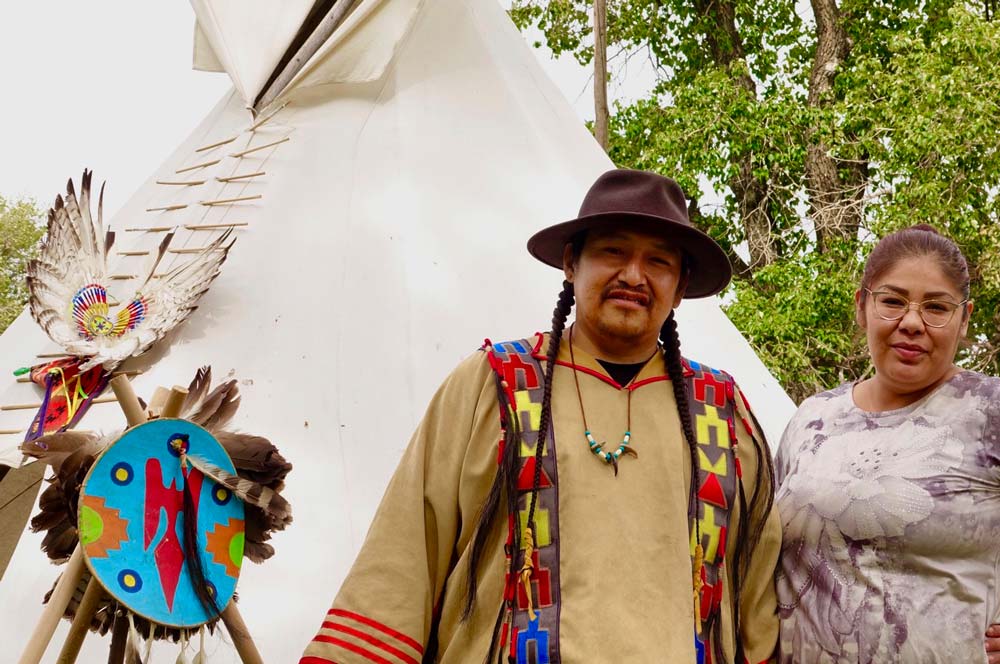 I could have lingered for more ranch adventures but with the gates closed at the fun-busting time of 5 p.m., I headed for home having discovered more action than expected at a site devoted to history. My pandemic-weary soul had found wide-open spaces, a mash-up of old and new, and insight into true grit.

The Special Areas of Alberta