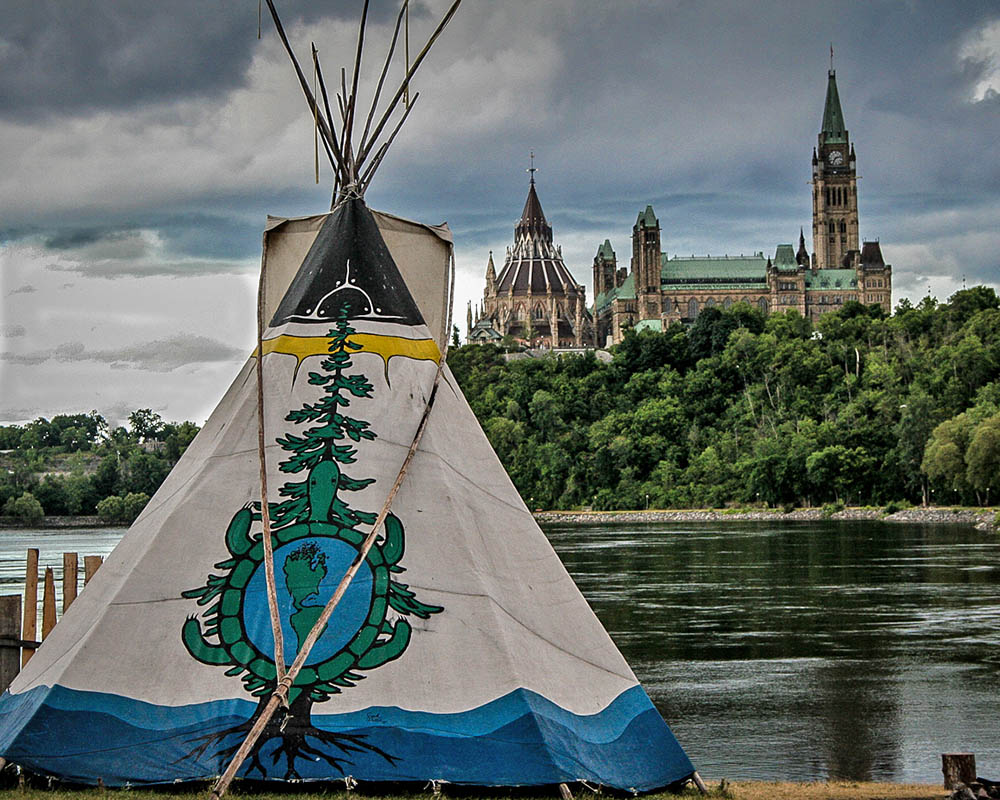 There is an increasing emphasis on Aboriginal Culture and Indigenous Tourism in our Nation’s capital.
…….

Four Indigenous warriors stand tall and proud with an enormous eagle perched on their shoulders and a buffalo, bear, elk and howling wolf before them. “This is the Aboriginal War Veterans monument,” explains Jamie Koebel, a Métis/Cree, and the principal of Indigenous Walks. “It honours the more than 12,000 Aboriginals who fought in Canada’s wars. Many of them joined because it was an opportunity to leave the reservations but, sadly, they received no benefits afterwards.” She pauses, then adds with just a hint of bitterness in her voice, “This statue also represents the ongoing struggle our people face today.” 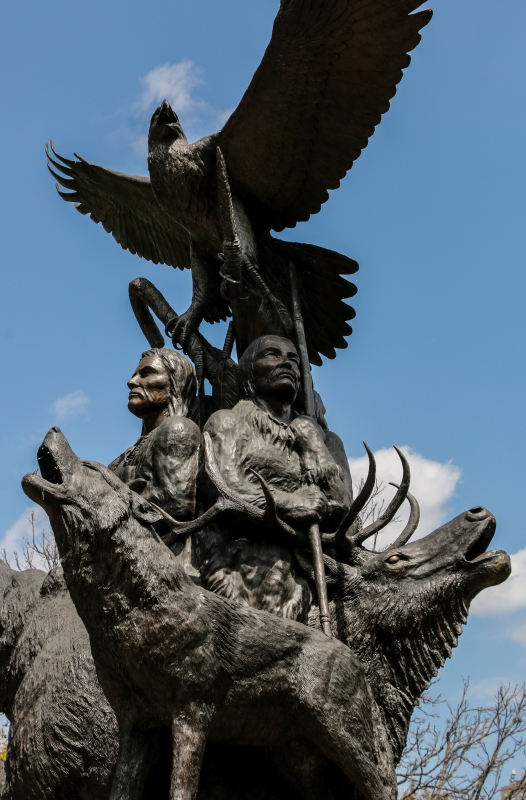 Koebel’s last sentence sums up why I am in Ottawa. Spurred by the powerful revelations and recommendations of the Truth & Reconciliation Committee, I crave to learn more about Indigenous culture. I’m also curious to see if here in the nation’s capital, attitudes toward Native people are changing, improving.

We continue the tour through Confederation Park and admire the west-coast Kwakiutl Totem. At the Sharp-Shooters Statue she explains the injustices of the federal government against the starving Métis and First Nations during the Rebellion of 1885 in Saskatchewan.

Koebel is soft-spoken and eloquent. “The indigenous philosophy is embodied in a phrase we use often:

This means we’re all connected and need to respect each other.” I silently agree. 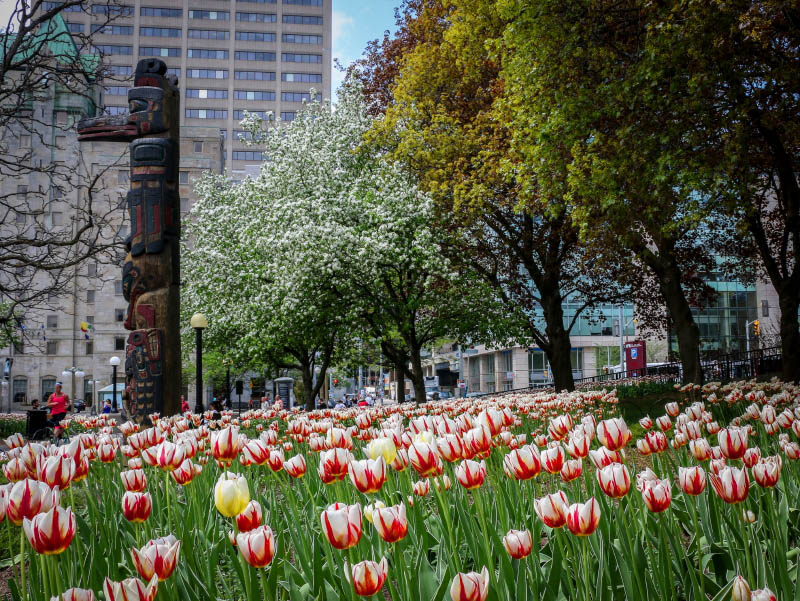 Next day I mount a bicycle to follow Confederation Boulevard, the ceremonial loop that winds along both sides of the Ottawa River and passes some of the country’s most iconic establishments. I’m excited, for Ottawa and Gatineau are generously sprinkled with bicycle paths, parks and gracious monuments. Even better, I can stop whenever and wherever I want.

Soon I’m at Parliament Hill. I’m enchanted by the old sandstone buildings, which soar skyward in a complex of towers, chimneys and wrought-iron filigree, but I don’t stop. Directly across the street is the former American Embassy. It was recently announced that this historic landmark will become the Indigenous Centre, dedicated to Inuit, Métis and First Nations communities. Definitely a positive gesture, I think. 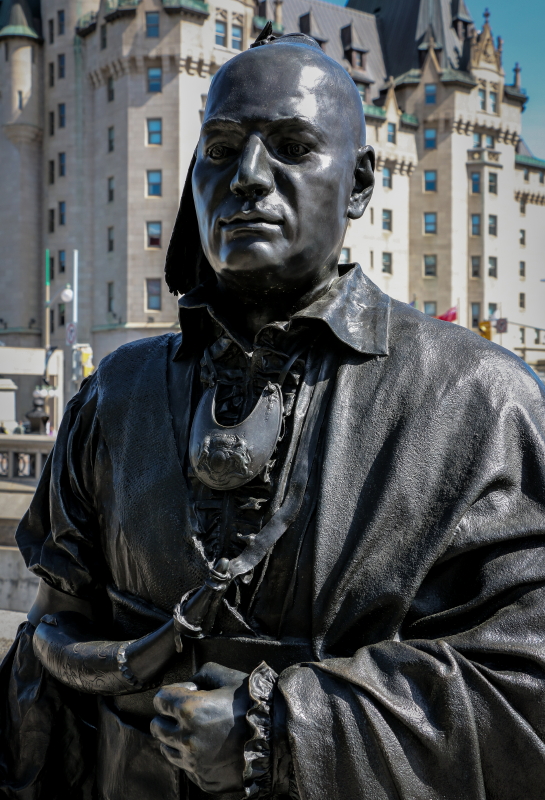 The bicycle speeds downslope to the river. I cross a bridge onto Victoria Island, and suddenly it’s like yesteryear with a historic Native village of teepees, birch-bark wigwams, a fire pit and tents for performances and dining. This is unceded territory where the Algonquins have lived for millennia. The village began as a protest, and evolved into Aboriginal Experiences, which offers programs of songs, dances and story-telling. In the Aboriginal Voyageur tour, for example, participants paddle voyageur canoes a short distance to Victoria Island where they receive a traditional greeting. The programs, however, are only for groups and, sadly, I am alone. 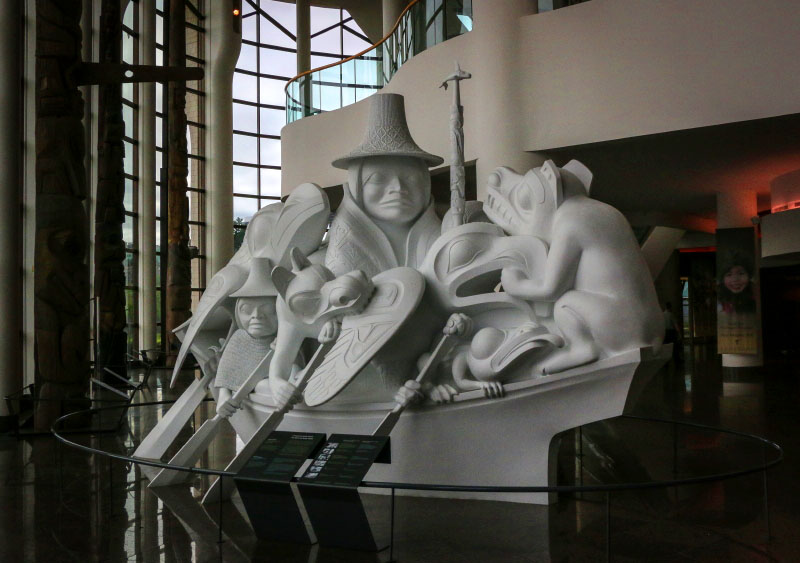 Rolling along, I approach the Canadian Museum of History. The two attractive, curving earth-coloured buildings, designed by Métis architect Douglas Cardinal, blend into the river’s bank. My first stop is the Grand Hall, one of the most beautiful places in Canada. I’m dwarfed by the world’s largest indoor collection of totem poles and stunned by the richness of west-coast First Nations art. In the First Peoples Hall, a vast collection of artifacts and several dioramas teach me about myths and other traditional knowledge. I emerge with a better understanding of Indigenous culture. 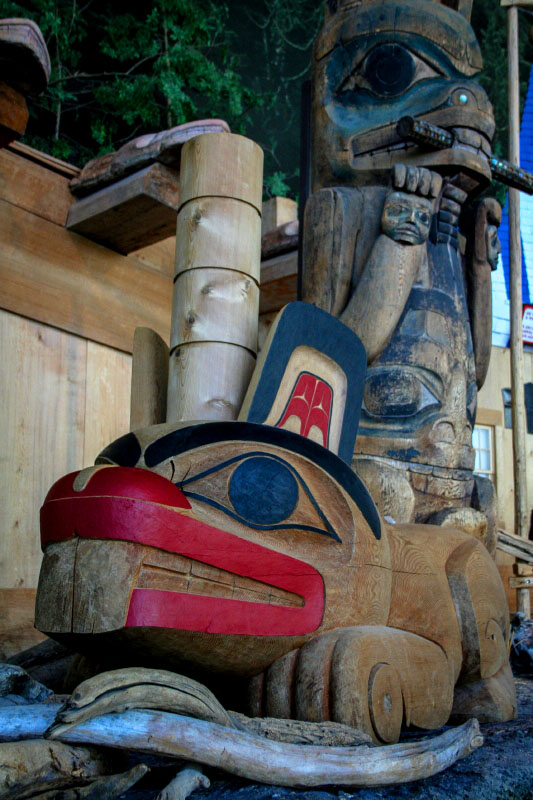 I wander into the sprawling new Canadian History Hall (opened July 1, 2017), which spans 15,000 years of history. Emphasis is on specific historical episodes, key individuals and sometimes unusual artifacts such as the handcuffs Louis Riel wore when hanged in 1885. I gaze at the painting “Four Indian Kings” of three Mohawks and one Mohican who travelled to London in 1710. I’m pleased the displays don’t sugar coat; they address violent conquest, devastating disease, imposed authority and residential schools.

Glorious views of the Parliament buildings and the locks of the Rideau Canal accompany me en route to the glass palace that is the National Art Gallery. I head straight for the Canadian and Indigenous Galleries which were overhauled and expanded in 2017, giving pride of place to Native art. I especially enjoy the Inuit carvings of bone and soapstone representing animals of the Arctic. The curator says, “This gallery illustrates the emergence of a new creative expression in Inuit art.” 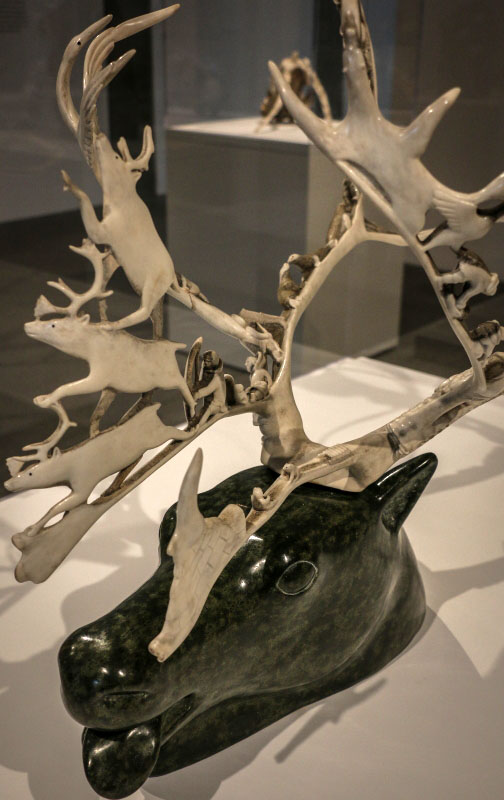 My legs weary, I pass the National Arts Centre, which is enveloped by the scaffolding of a major renovation. Happily, a new Indigenous theatre department will be launched in 2018 with several plays per season by Indigenous writers and directors. I plan to return to see some performances.

Approaching my hotel, I realize other reasons to return are to attend the Odawa Pow Wow in May and National Aboriginal Day celebrations on Solstice. I’m attracted by the joyful dancing with the flurry of colourful feathers and beadwork.

Flying home, I think that since I can remember, Canada has been considered to have two distinct cultures. My visit to Ottawa has shown that recognition is finally being given to the third, and longest-lasting culture. 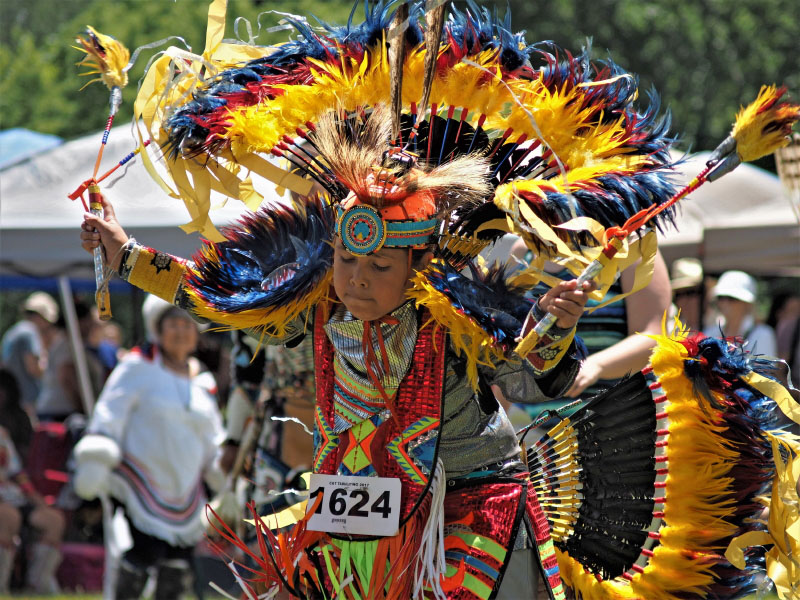 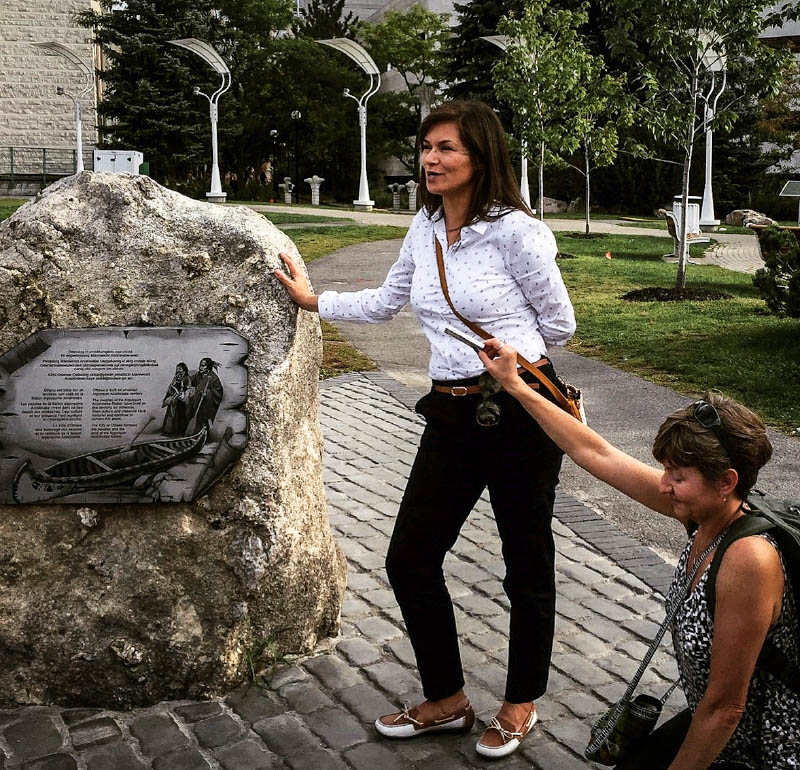 NOTE: On his trip to Ottawa Hans was a guest of Ottawa Tourism with financial assistance from Ontario Tourism.