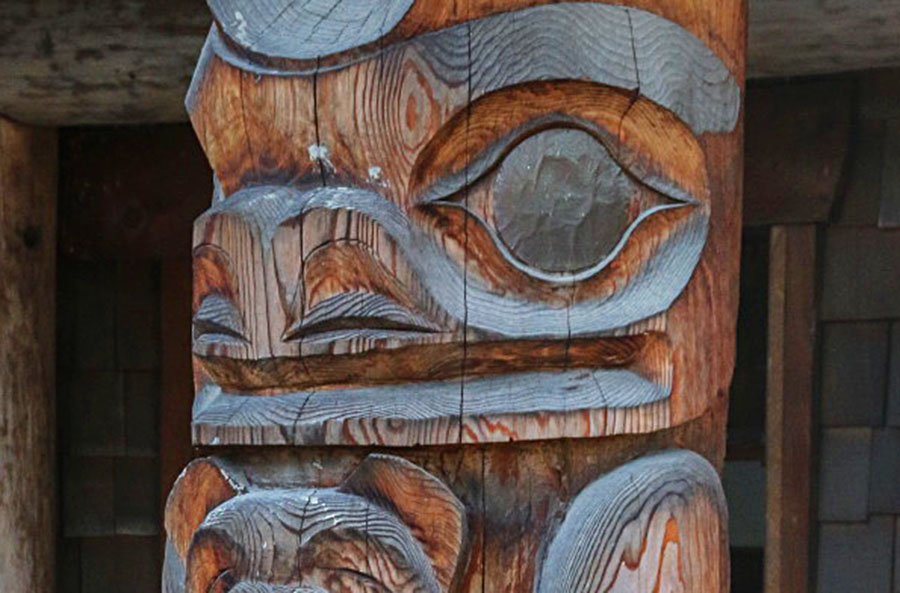 For centuries, Indigenous peoples have suffered under colonialization: their lands have been usurped, their culture and lifestyle trampled and their populations devastated. Canada does not wear this stain well.

However, there are glimmers of hope. The 2015 report by the Truth & Reconciliation Commission with its damning revelations and far-reaching recommendations delivered a potent jolt. Governments have responded and are beginning to implement the recommendations.

But governments’ good intentions have fallen flat in the past. For real change, there must also be strong citizen support. We all need to believe and contribute. Fortunately, there are positive signs on this side as well. Little Pender Island off the west coast of British Columbia (population 2,300) provides an example as well as inspiration for others. 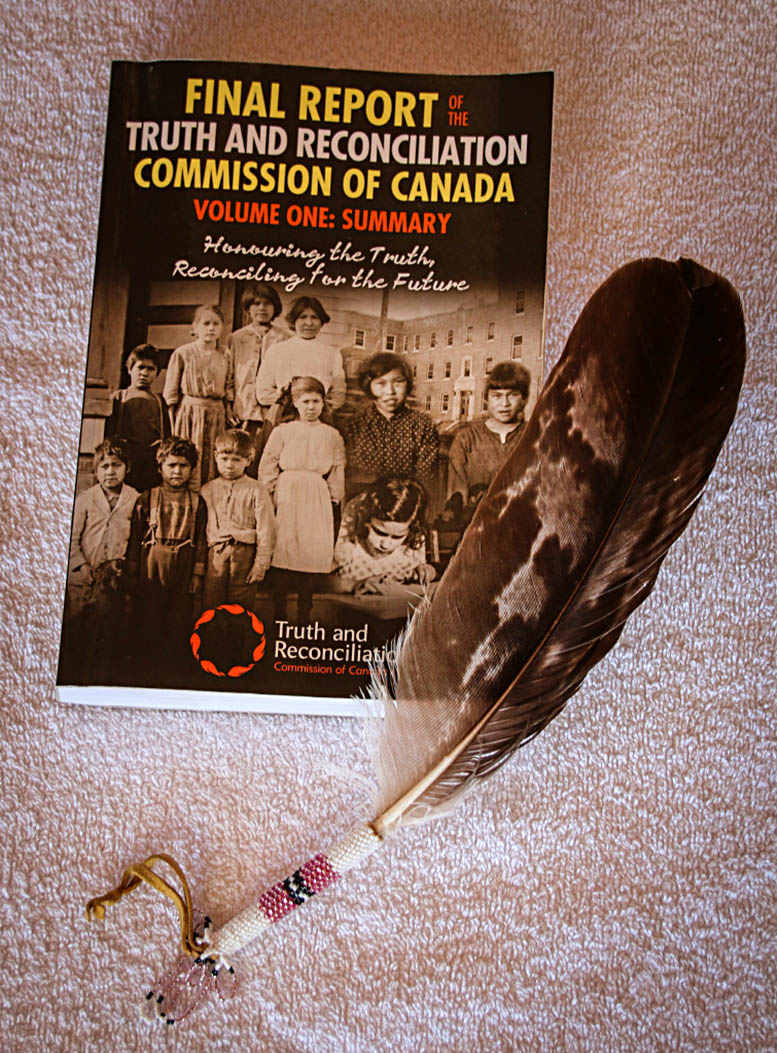 Several grass-roots initiatives have been initiated to help reconciliation with First Nations. They are mostly focussed on the Tsawout First Nation, whose traditional lands include Pender Island. Specific goals were to understand the Tsawout and their culture, and build bridges between the two communities. This was a bold undertaking as Penderites had no previous connections with the Tsawout, and, furthermore, no Tsawout live on Pender today (they live on the nearby Saanich Peninsula). The initiatives were spearheaded by individuals not by institutional policies.

Catalyzed by the Truth & Reconciliation Commission, the Pender Reconciliation Circle was formed and organized five presentations in 2013. Each program was followed by a circle in which an eagle feather was passed around. One after another, Pender Island residents poured out their heartfelt empathy to residential-school survivors and their children, and voiced their distress at the damage Canada’s policies have wreaked. 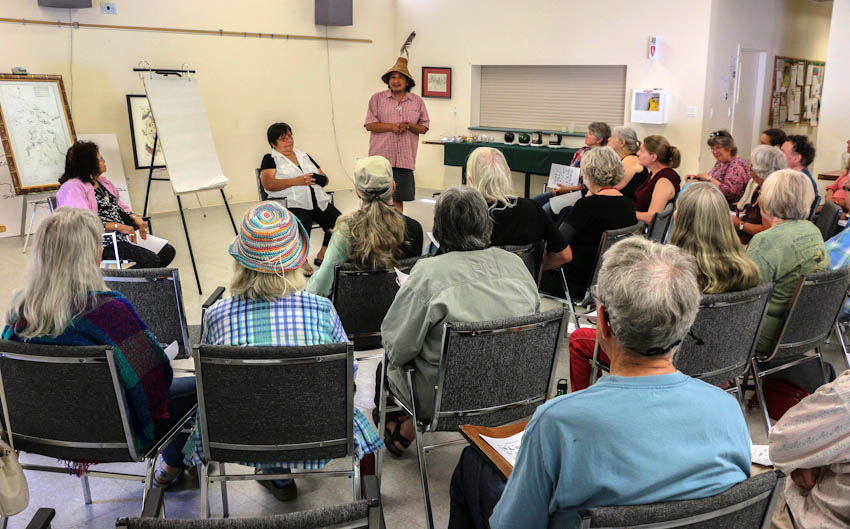 The presentations included the film Muffins for Granny, in which seven elders spoke about their experiences at residential school. At one there was a panel discussion with three Pender residents, including Jane Morley, a former Commissioner of the Truth and Reconciliation Commission, on ways to address historic wrongs. Another featured an archeologist who described First Nations history of the Gulf Islands, recounting how the Tsawout had lived in a village on Pender for 5,000 years. When their population was decimated they regrouped on the Saanich Peninsula. At the fourth presentation attendees watched Honour of All: the Story of Alkali Lake, a documentary about how one community responded to residential schools. The fifth presentation featured speaker Bob Watts, former Truth and Reconciliation Commission Executive Director, CEO of the Assembly of First Nations and a member of the Six Nations Reserve.

Watts later said, “I don’t know how many people I’ve told about the [Pender Island] circle. It is truly one of the most special experiences I have had. It reinforces my belief in the goodness of Canadians. I wish it was reflected in government …” 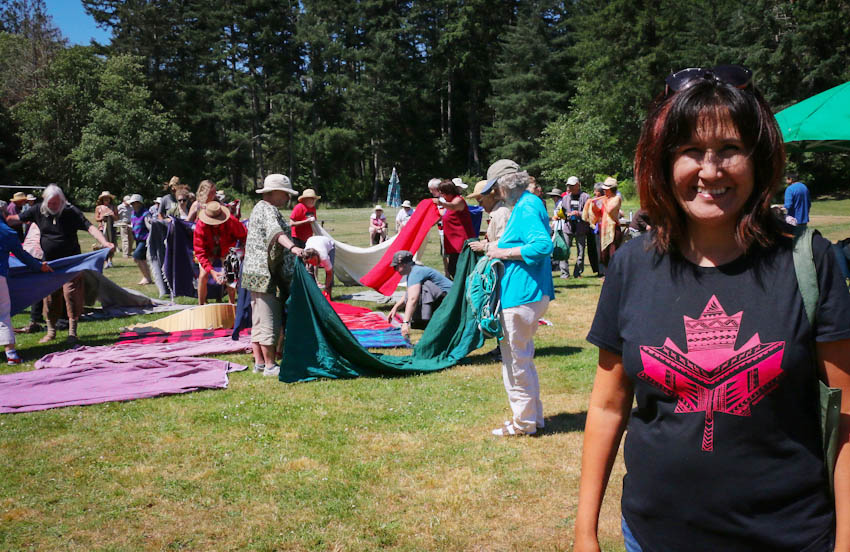 An Aboriginal Cultural Festival was celebrated on the weekend of the final presentation with a First Nations skill demonstration, history telling, a guided walk and a pot-luck feast with traditional entertainment.

Independently, the South Pender Historical Society, led by Paul Petrie, organized a First Nations history seminar series in 2015-16. At the first meeting, the traditional Tsawout 13 Moon Calendar was explained and an archaeologist spoke about Indigenous history on Pender. An overflow crowd attended. At a seminar in 2015, a large, rapt audience learned about reef-net fishing, which was banned by the federal government, and how it was integral to Salish First Nations culture. 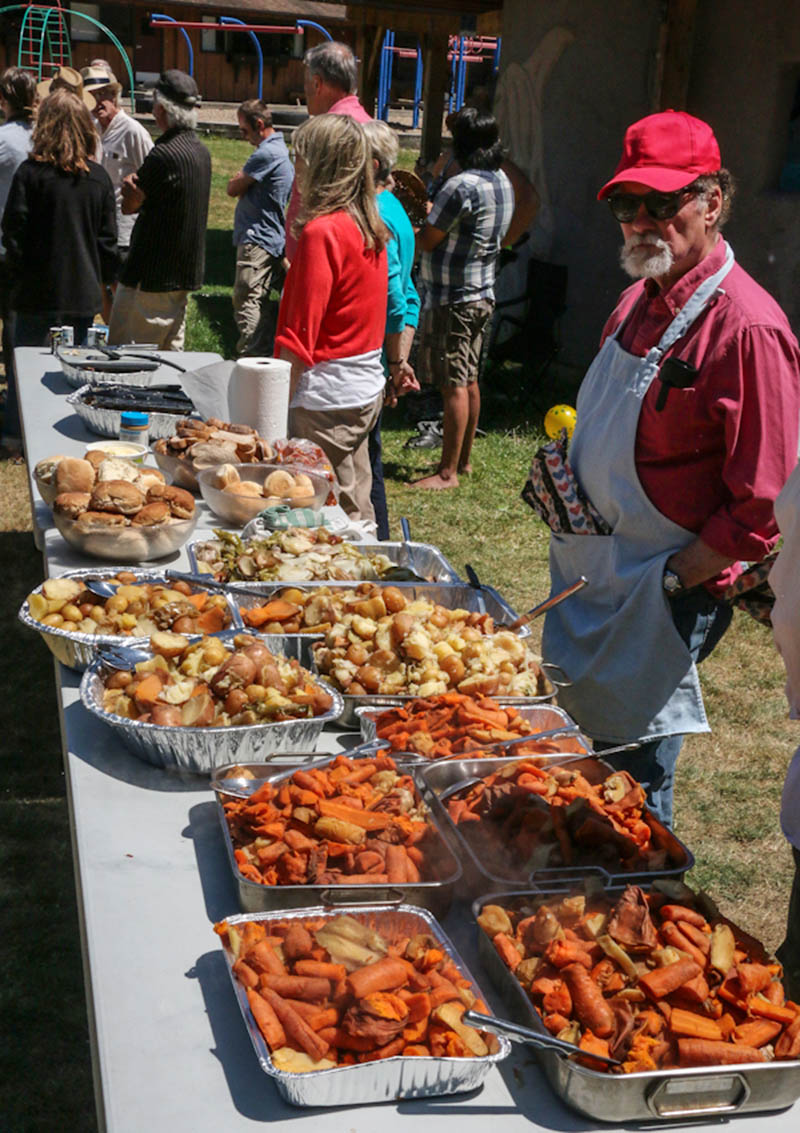 Recognizing that true reconciliation must involve youth, a traditional fire-pit was built at the local school. It is planned to hold annual roasts attended by students from the Pender and Tsawout schools. Of particular note, a student leadership program with six students from the Tsawout school and six from the Pender school has been established to promote development of leadership skills, cultural awareness, and cross-cultural understanding.

The Reconciliation Circle reconvened in 2017 and held five meetings where they read and discussed the Truth & Reconciliation report using the circle format. The Circle is continuing their program of speakers and movies. 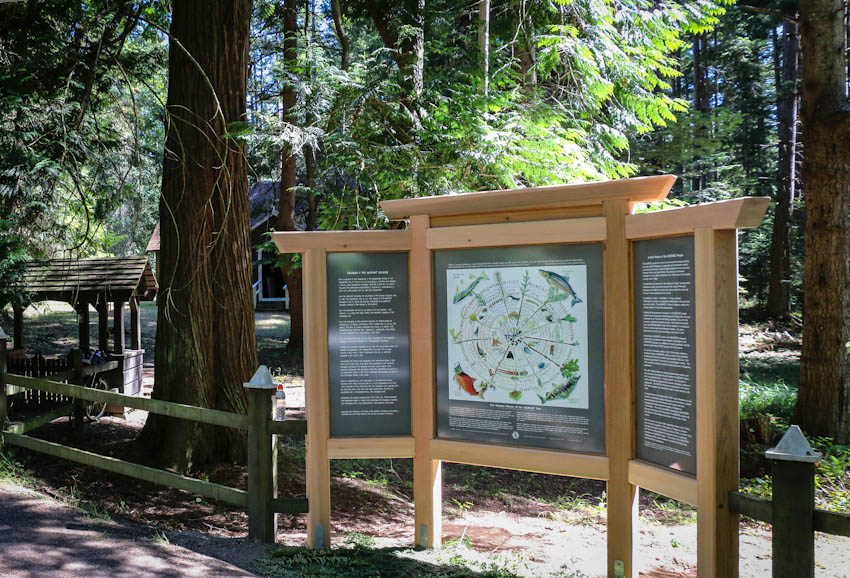 This past Canada Day (July 1) a special two-day First Nations celebration was held. A workshop on the Tsawout language introduced Penderites to pronunciation and some commonly used expressions. An ethnobotany plant walk led participants through Tsawout reserve land. A permanent 13 Moon Calendar display panel was unveiled.

The celebration culminated in a traditional salmon pit cook at the Pender school grounds attended by more than 150 people. The highlight was an emotional Karios Blanket exercise, in which the field was covered with numerous blankets representing North American territory before settlement. Everyone stood on the blankets, representing indigenous people. Over the next hour the number of blankets and the number of participants were reduced as a result of assimilation policies, a trail of broken promises, the impact of disease, the Indian Act of 1876 and the forced movement of children to residential schools. As the number of blankets and people on them diminished, many participants were moved to tears. 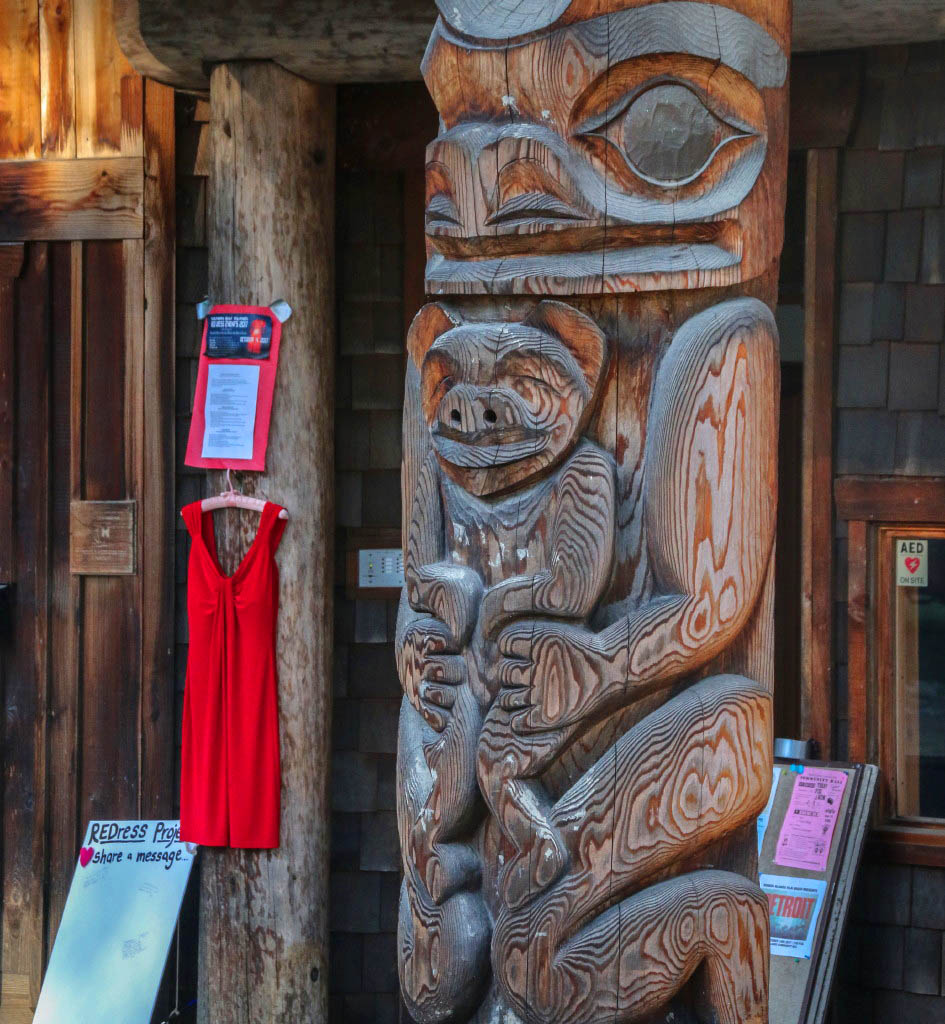 On Red Dress Day, September 25, a number of dresses were hung in public spaces to honour murdered and missing aboriginal women.

“Over the last four years Pender Island and the Tsawout First Nation have been developing a community-to-community relationship built on recognition, respect and trust.”